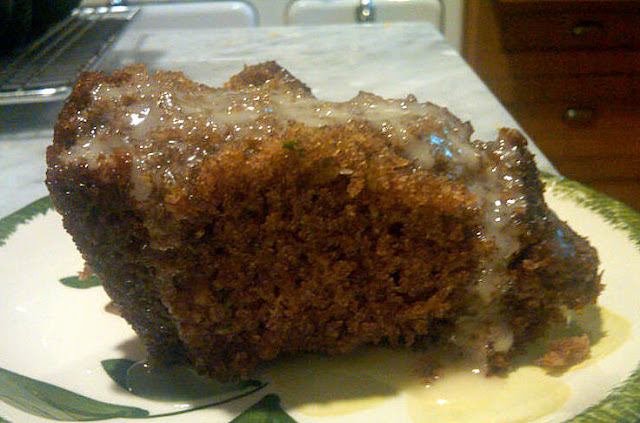 While Hurricane Irene was "raging" outside, inside my kitchen I experienced a natural disaster of another sort. Not one, but two, cake failures.

Both were for zucchini cakes.  Never a fan of serving vegetables (in any form) for dessert, I nonetheless relented when I found two seemingly good, and intriguing, recipes in Olive Facey's collection.


In fact, one of them was quite delicious -- it just didn't release from the pan, a "fancy" bundt pan I had purchased at a garage sale.  Even though it was non-stick, I went the extra mile to grease and flour it, so as to insure a smooth release. That pan is headed for the recycling bin, just as soon as we scrap every last bit of cake out!

(Failures like this probably deters a lot of people from baking --you can do everything right, but make one mistake (like choosing the wrong pan) and all effort seems for naught.  But that's not the case, because each mistake is one you'll never make again.  And most times, you can eat your mistakes and sometimes even serve them!)

Serving an intact cake with the orange glaze I had made (fresh-squeezed orange juice with confectioners sugar) dripping down the cake's crevices would have been the perfect send-off for evacuees DD and her boyfriend.  They had stayed with us during the storm, and were just about to go back to their apartment when this came out of the oven.  But, despite its unappealing appearance, everyone loved it -- even DD's boyfriend who told me he does not like zucchini cake.  If only I had used my tried and true aluminum bundt pan, this story would have had a happier ending. 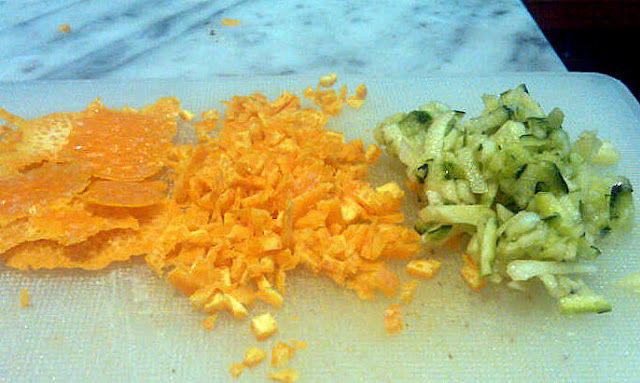 And it almost did.  I had them wait a few more minutes, while I took cake #2 out of the oven.  It looked ok at first, but then the center of the cake sunk deeper than a tropical depression.  Plus, despite the promise of a really interesting flavor (ginger and orange peel), it just wasn't that great. And oddly, even though there was just 1/2 cup zucchini in this cake (as opposed to two cups in the other one), it had a much more pronounced vegetable taste, not always a good thing.  Still, I've saved it and hoping the flavors will develop into something delicious overnight. 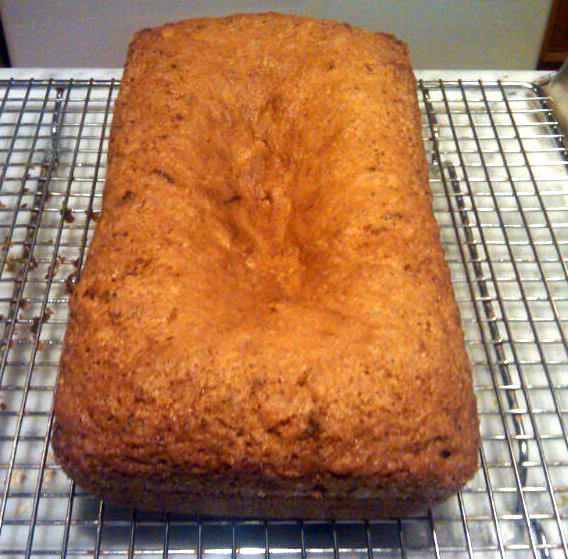 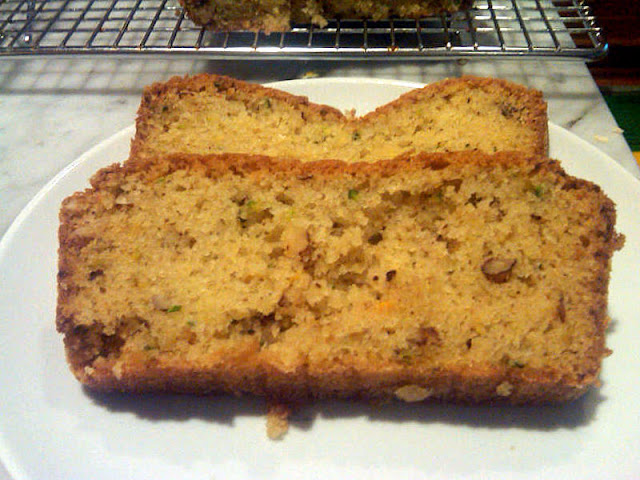 Both recipes are below. The first one is definitely worth another shot. 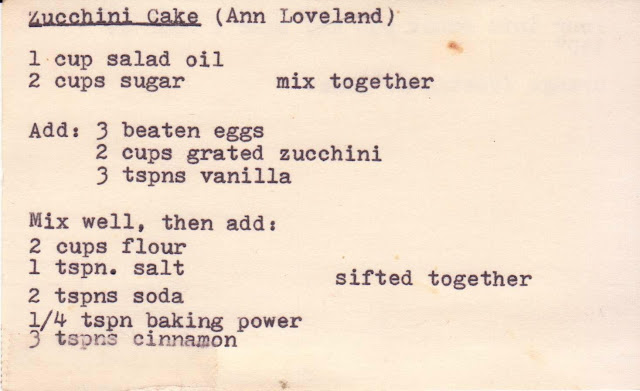 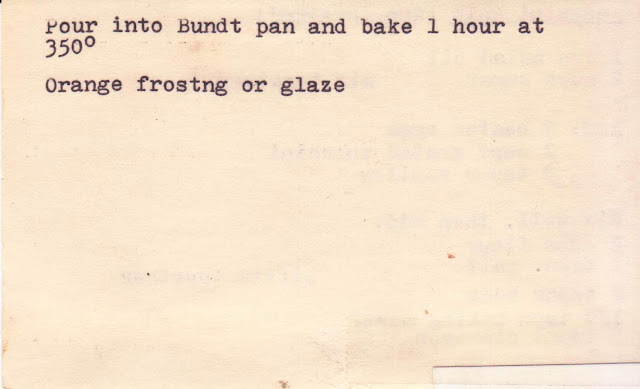 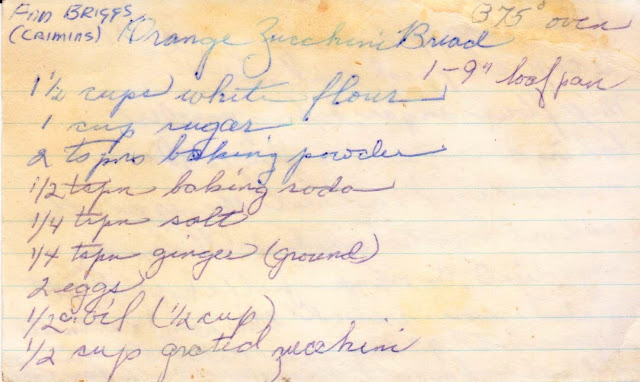 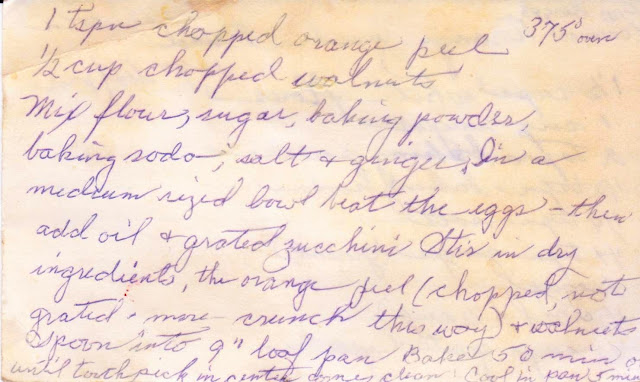