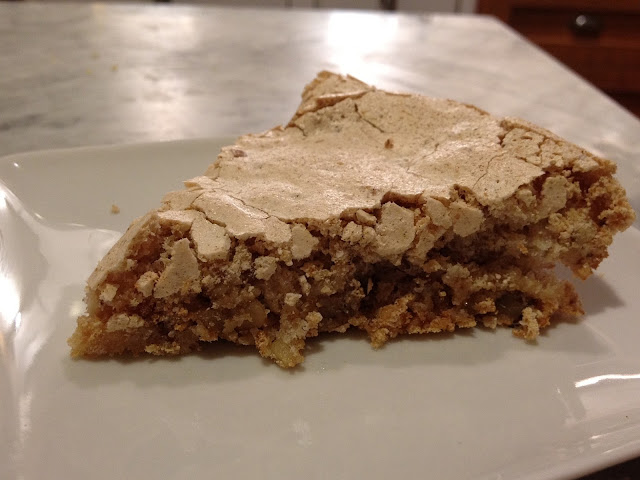 "What's the name of this dessert?" the DH asked ten times last night.  "I don't know," I responded sweetly each time.  I wasn't being evasive -- this is a dessert with no name.  The recipe, written on a sheet of note paper "From the desk of Phyllis A. Roberts" is simply a list of six ingredients and two instructions.  But from this cryptic note, emerged a sweet and salty meringue pie.  And one that probably originated in the test kitchen of Ritz Crackers.

But, tasty as it is, this is an American derivative of the French classic dacquoise, a delicate meringue and hazelnut confection often baked in layers and  frosted with buttercream.  In addition to nuts, this recipe uses Ritz crackers, which lends a buttery and salty flavor note, not such a bad thing.

If you want to try your hand at "American" dacquoise, gather together the ingredients pictured below. 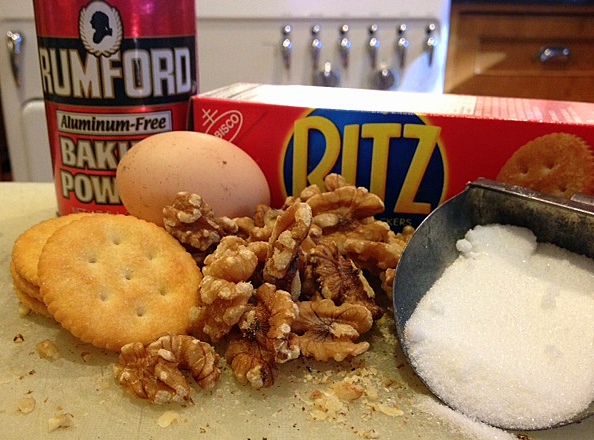 Crush the Ritz crackers and chop the nuts.  Whip the egg whites until they're almost stiff, adding the sugar and baking powder in gradually.  (You can skip the baking powder.) Fold in the nuts and crushed crackers.  Spoon into an eight- or nine-inch pie plate and bake. 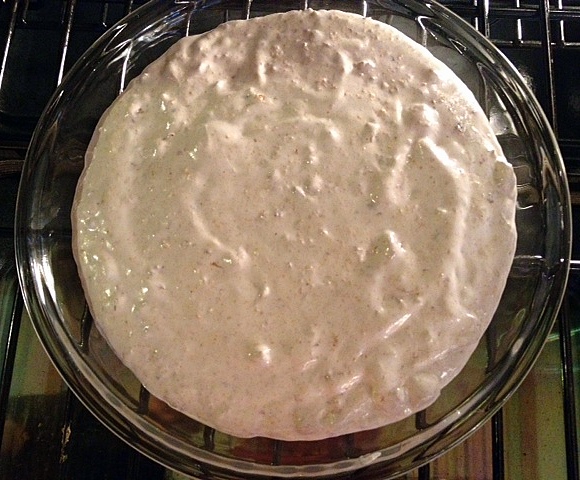 When it's brown, remove and let cool slightly. 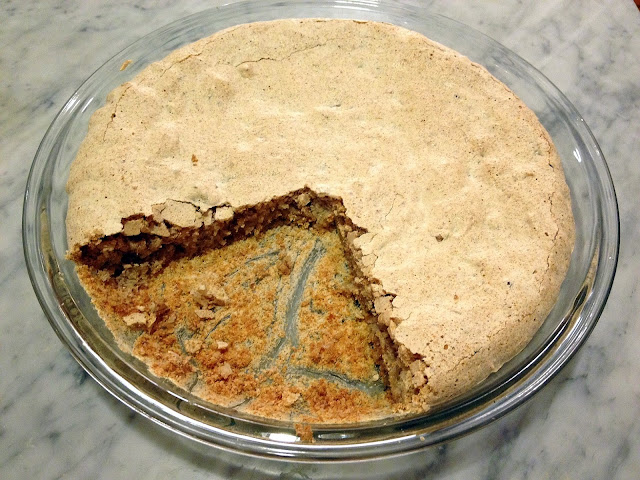 Even though heavy cream is listed, it should not be used in the pie (I tried it that way and it was a bit of a disaster).  Instead, whip the cream to serve on the side. 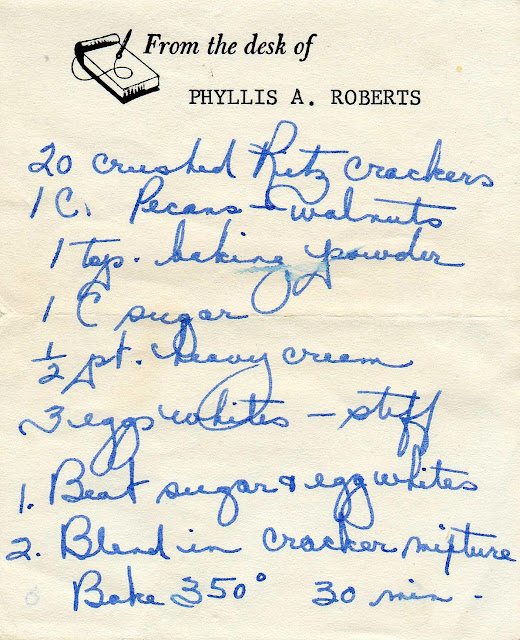