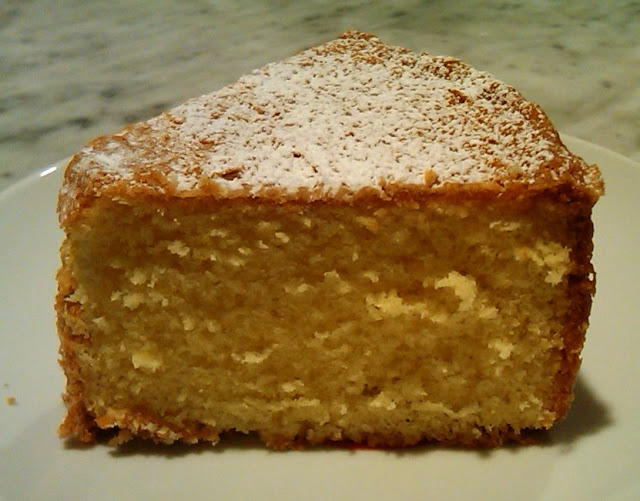 Right after college, I was a newspaper reporter in Stoughton, Wisconsin, a town so proud of its Norwegian heritage that street signs were in both English and Norwegian, and Syttende Mai (May 17, Norwegian independence day) celebrations trumped July 4th.

But even though I frequented (almost daily) the two bakeries on Main Street, right around the corner from the Courier-Hub office, I had never heard of this cake until I found this tattered recipe in one of my collections.  Which is too bad, because it is fantastic.  So good, that for the convenience of my readers, and in hopes that some of you will bake this, I not only scanned the recipe but typed it, as well.

It's simple to make and, yes the eggs and butter to flour ratio is decadent and probably responsible for the cake's full name: Norwegian Gold (or Golden) Cake. The method to make this -- incorporating the butter into the flour directly -- was developed in the 1940s, but I'm happy to report still works fine today.  The key is having the butter soft enough. 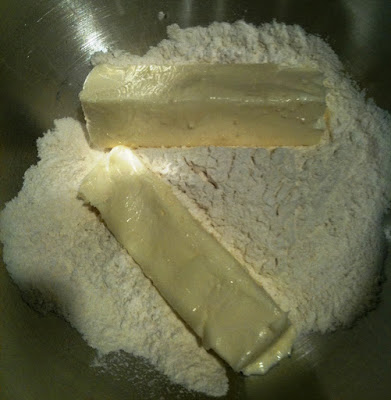 While you're making this, you'll think that it won't work, for the batter doesn't come together well when the eggs are added.  But do as I did and keep going.  You'll be glad you did.

The cake has two textures, the crunchy almost caramelized exterior and the rich smooth interior, which boasts a fine crumb and excellent deep flavor.  This is so worth the effort and calories.
I brought my cake to the ladies of the Home Planning Workshop at Henry Street Settlement -- this is a tough crowd of scratch bakers -- and they heartily approved. And then invited me to their Thanksgiving dinner next week.  Enough said. 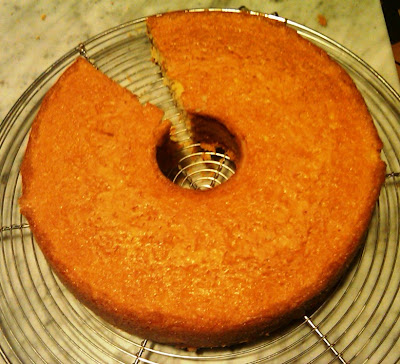 Allow butter to become soft, but do not melt.  Place butter and flour in mixing bowl.  Beat 5 min. at low speed.  Add eggs, one at a time, blending each egg at slow speed.  Sift together sugar, baking powder and salt.  Add graduatl to creamed mixture.  Add extract.  Mix 2 min. after all sugar has been added.  Turn into 10" tube pan that has been greased with 2 tbsp. butter and then sprinkled with fine bread crumbs. [Note: I used Crisco instead of butter and flour instead of bread crumbs.]  Bake 1 hour in 325 degree oven.  Invert to cool [when I did this, the cake fell out of the pan, so let it cool about five minutes, then invert on to rack and then cool.]  Sprinkle top with confectioners' sugar.

A bit of googling revealed that Stoughten still celebrates Syttende Mai in a big way.  Below are the prince and princess and king and queen of the 2010 festivities. 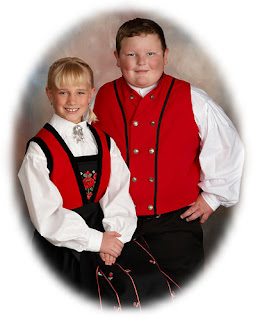 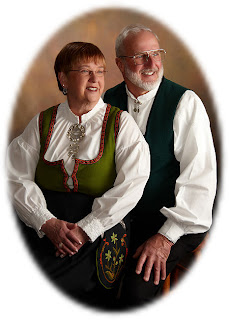