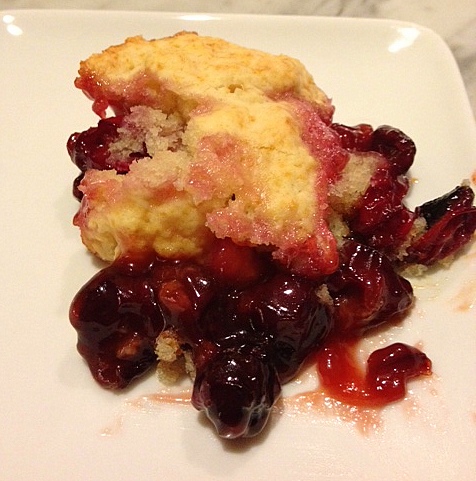 Say there's a typical, i.e., "normal" recipe.  Then there's an unusual recipe, one I've never seen before with directions that need their own instruction manual.  Which one would I choose? Hello, cherry dumplings.   It didn't hurt that the recipe's author, Mrs. Harley (Beatrice) E. Teague wrote "Really delicious" on the recipe card.

I love the challenge of  making something new to me because when the risk pays off, the reward is even sweeter.  (On the other hand, this behavior does lead to a lot of failures and sometimes tears.)

These cherry dumplings are made like chicken and dumplings (the dough is dropped into a boiling pot to cook), not like Chinese-style dumplings in which cherries are encased in a smooth dough wrapper. 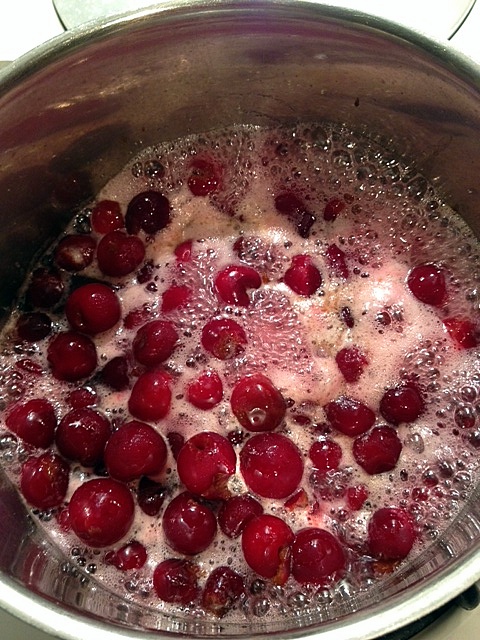 It all started out well, boiling some pitted sour cherries with some sugar.  (You can read here about pitting the cherries.) While that was happening, I made the dumpling batter. 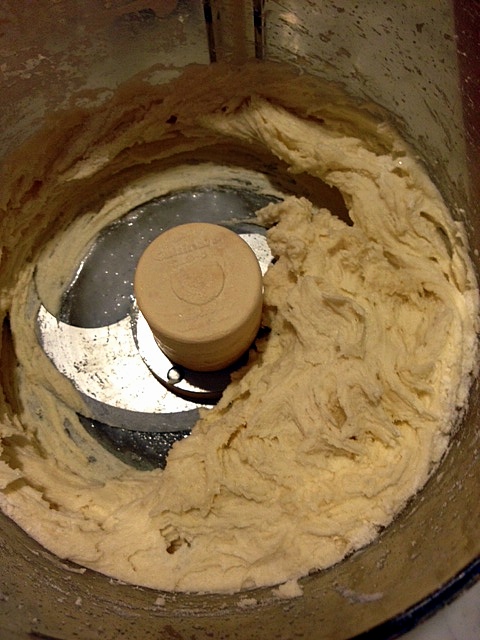 I dropped the batter by spoonfuls into the boiling cherry mixture and said a prayer. 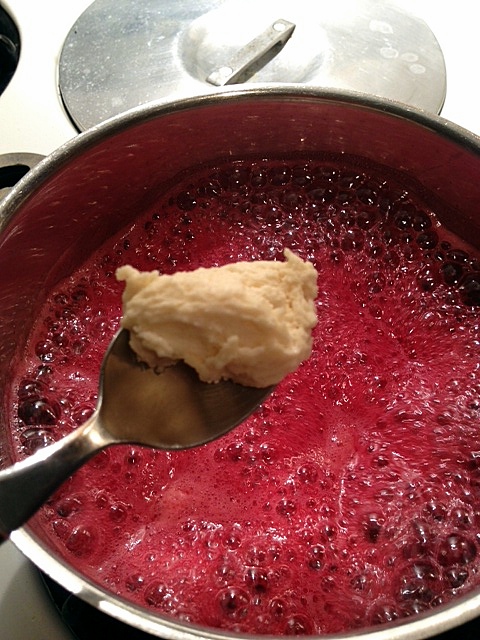 A few of the dumplings took a cherry bath, i.e., submerged.  I wasn't sure if this was a good thing or not. 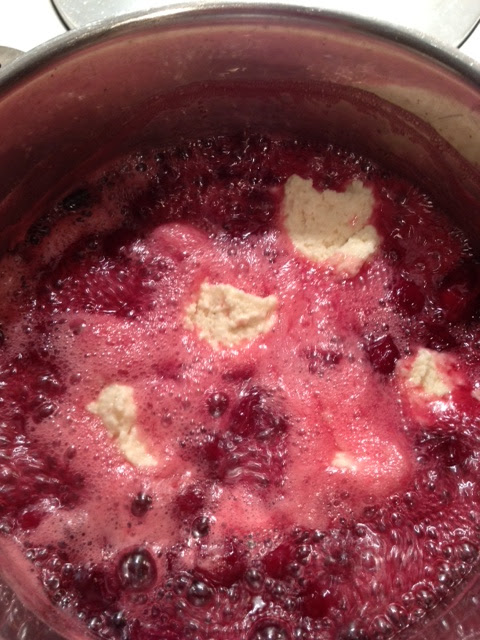 I let them cook for a while until the batter seemed cooked through. 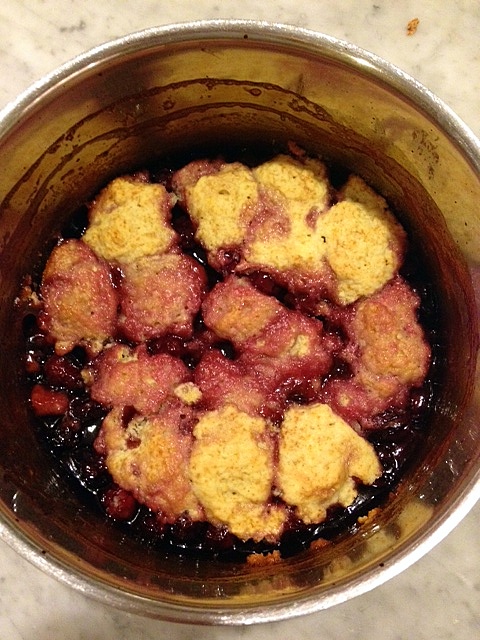 What I should have done:  Googled cherry dumplings before I began.  As you might imagine, there were not a lot of recipes, but every one said to cover the pot.  Which makes sense, because the dumplings would steam beautifully.  Well, maybe next year, though these were pretty good.

Below is the recipe card for all you adventurous souls out there. For everyone else,  I've provided an instruction manual, i.e., I've translated and interpreted the recipe.

Boil until sugar dissolves and cherries begin to soften.

Cut in (with two knives, a pastry blender, or in a food processor:
4 T butter

When the mixture is of uniform size, add and mix until combined:
1/2 cup of milk

Drop batter by spoonfuls into boiling cherry mixture.  Lower the heat, cover the pan and cook until the dumplings are done. 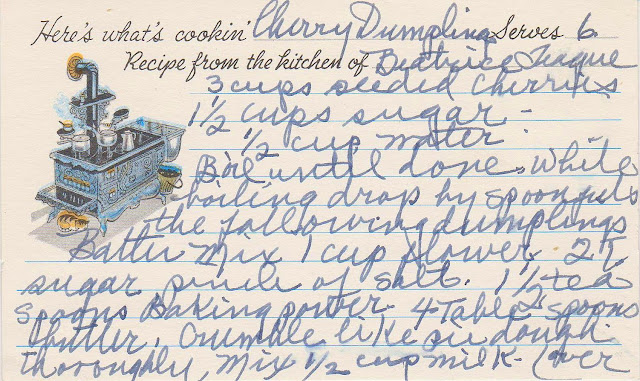 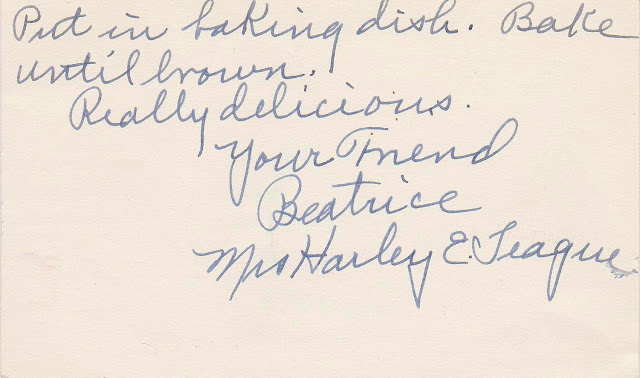