The Gift of Olive's Recipes 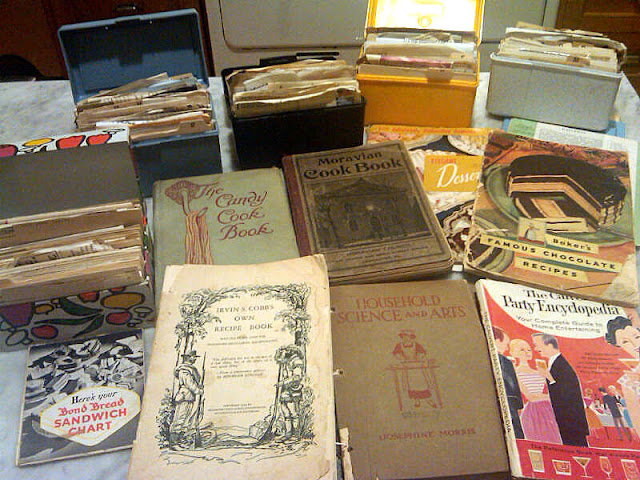 Ever have a Christmas morning where you received one incredible present and everything else faded away as you reveled in that spectacular gift?  I missed out on that -- we celebrated Hanukkah at my house.  But I finally did have my Christmas morning last Thursday night at the Essex Bar when my friend Stephen handed me an enormous shopping bag.

Inside were five recipe boxes filled with hand-written recipes (mostly desserts!) and all manner of vintage cook books and pamphlets.  I couldn't believe my eyes.  And, everything else faded away as I pulled out one fabulous card after another, and book after book of intriguing recipes.  Even my blood orange cosmopolitan sat undisturbed at the bar. 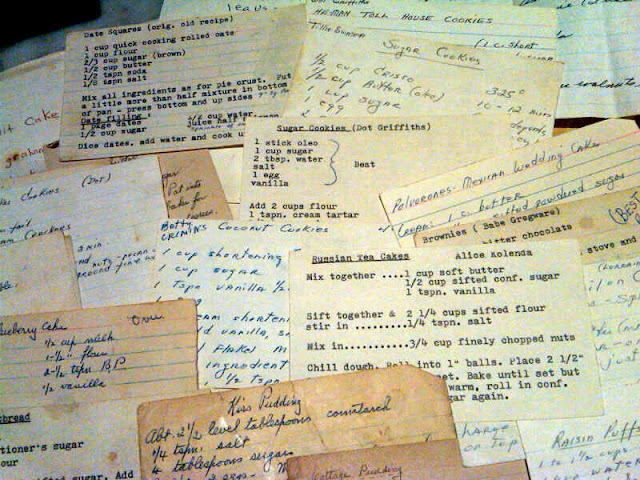 All of these treasures belonged to Stephen's beloved mother, Olive Facey, who died in May at the age of 97. I am honored to get to make her recipes (and hope some of them bring back some taste memories for Stephen!).

Olive's recipes span the arc of a life -- and more.  In the boxes are cards that date from the 19th century, written in her mother's careful hand, and those that require the use of a microwave oven.  Many recipes are attributed to friends, their names recorded at the top of the cards.

Below is a picture of Olive, corsage in hand, taken three years ago on the wedding day of Stephen and his partner Jay in Massachusetts.  When the couple told her they were getting married, she hesitated for a few minutes -- only because she was trying to figure out what to wear to the wedding!

I never had the pleasure of meeting Olive, but I'm sure I would have liked her a lot.  And as I have the privilege of baking from her recipes in the coming months (and years -- she has a lot of recipes!), I have a feeling I'll get to know her.  They say when you cook from someone's recipe, they're right beside you in the kitchen. 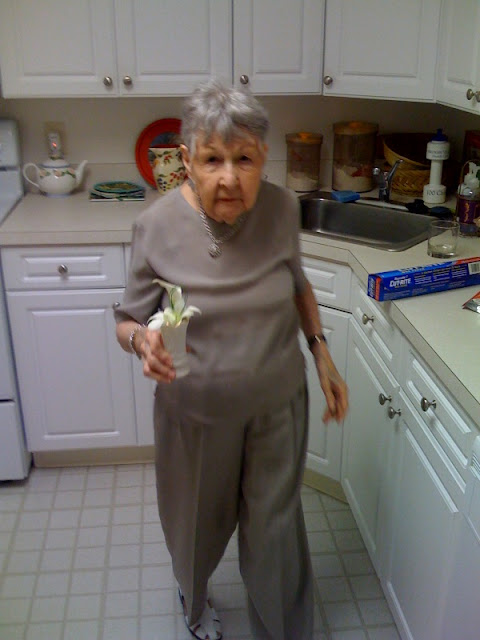