Chocolate Pudding, Under the Influence 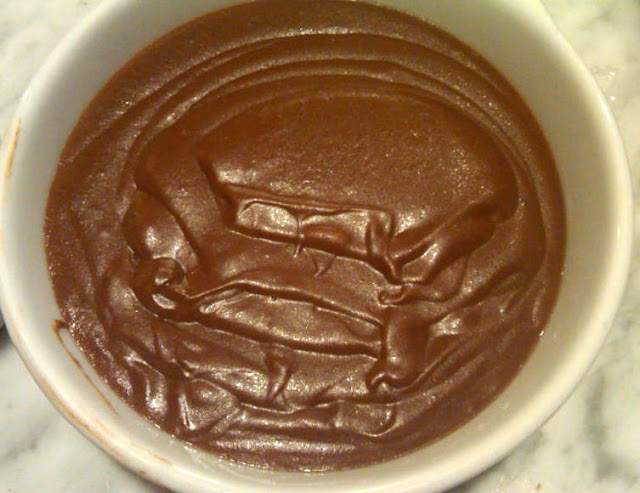 I had a little medical procedure yesterday that involved a lot of anesthesia and the last words I recall the doctor saying as I was leaving the clinic were:  Don't use any kitchen appliances for the rest of the day.
But always one to defy authority, I turned on the stove to make old-fashioned chocolate pudding. 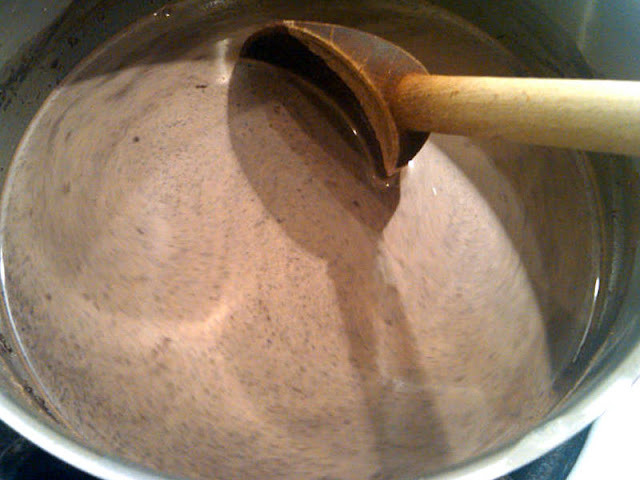 Chocolate pudding is one of those childhood favorites that is now appearing on upscale restaurant menus, a nod to retro after decades of dishing out its fancier cousins: pots de creme, chocolate mousse and the like. 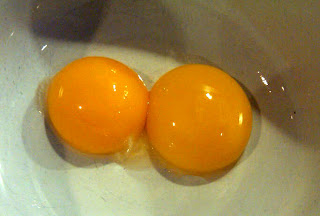 I had my choice of two recipes; I chose the one with egg yolks, which add a lovely richness to almost everything.  (Of course, perhaps I should have listened to the doctor as I had to toss my first batch -- I didn't see the "or" between chocolate and cocoa on the recipe card, so I added them both.) 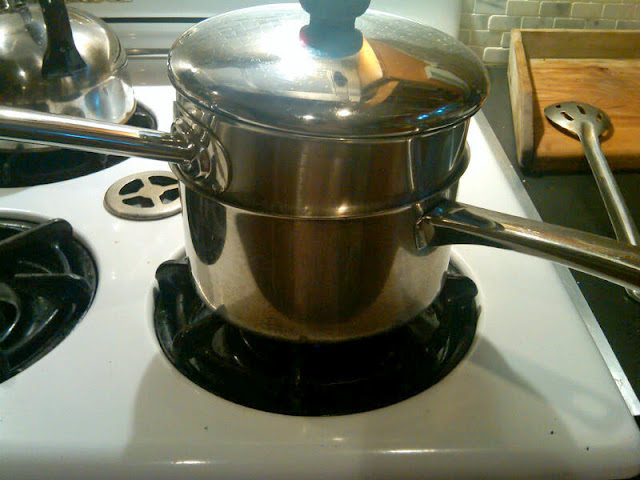 This recipe calls for cooking the mixture over direct heat and then in a double boiler.  If you don't have one, you can simply jerry rig one, as I did, using two saucepans. 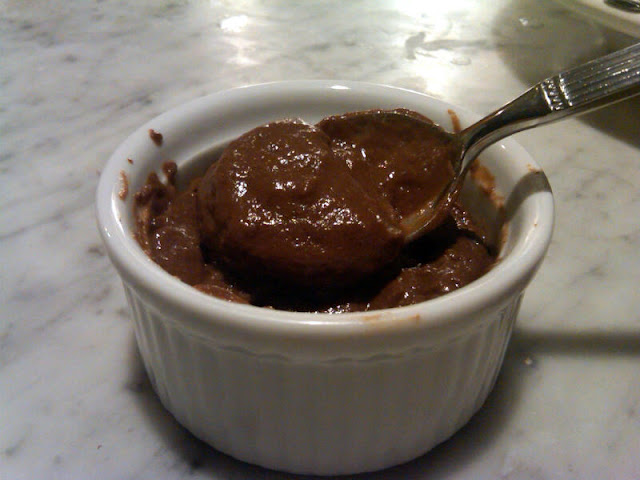 This pudding is delicious -- and not too sweet at all.  In fact, there's just 1/2 cup of sugar in the entire recipe.  I used very high quality unsweetened chocolate (and not the cocoa powder, in the end).
The other wonderful thing about stove top desserts like puddings is that the entire kitchen doesn't get hot, like it does when the oven is on.  And that's a good thing when you want homemade dessert and it's August in New York City. 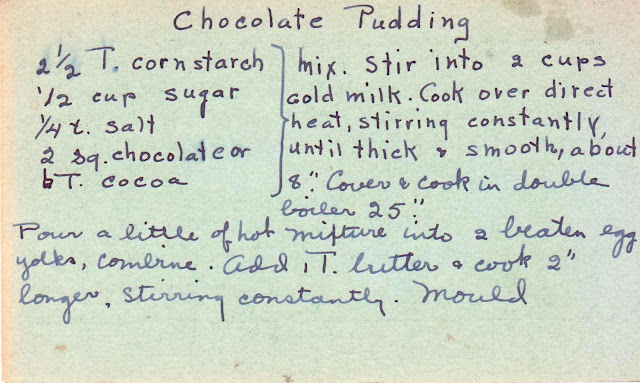