Can She Bake a Cherry Pie? 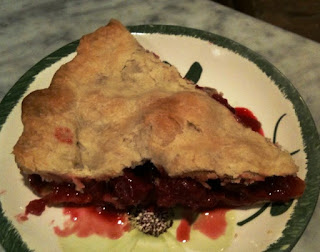 Yes, if she has a lot of time, patience, sour cherries, a cherry pitter -- and a compelling reason.*   In my case, it was DH's Father's Day gift.  (He's not my father, but he is a fabulous father to our children, so I like to celebrate his parenting skills whenever I can.)

The pie baking was delayed after I realized that the sweet cherries I purchased were the wrong type for pie, so I returned to the farmer's market to get sour cherries.  I had made the pie dough early in the morning, so that was set.  But what a lot of work cherry pie is.  First you have to buy the right cherries and then you have to pit them all.  Luckily DD was visiting, and did about one-third of them.  I finished up. What a mess (see below). 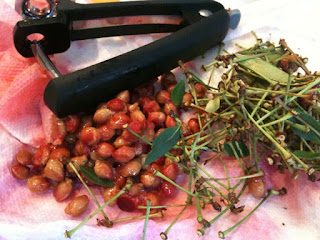 When you're done with the pitting, you have a bowl of gorgeous cherries (below), to which you simply add some tapioca, flour, sugar, lemon juice and almond extract, spoon it all into a pastry lined pie pan and cover it with the top crust. 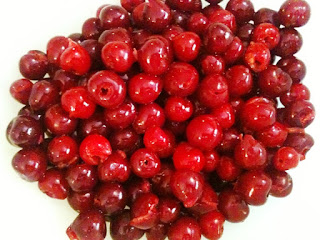 I used a recipe from A Cookbook for Girls and Boys, written in 1946 by Irma S. Rombauer, author of The Joy of Cooking.  (When my scanner is working again, I'll post the recipe.) 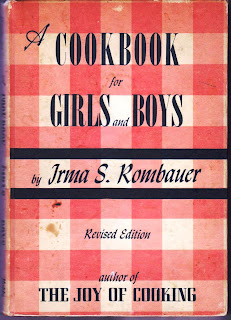 Despite the mess and the time, it was worth it.  This pie is spectacular, and made more special by the very short (approximately three week) growing season of sour cherries in the northeast.
It wasn't until about 8 p.m. on Father's Day that DH was able to enjoy his present, but he loved it.  And unlike Billy Boy (see below), he already has a wife (and a cherry pie, for that matter). 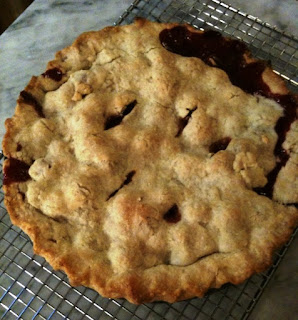 *Other reasons to bake a pie may have to do with finding a mate.  The lyrics to Billy Boy, a nursery folk song about a man searching for a wife, ask in one refrain:


In examining the song, British writer Robin Fox observes that food and courtship are closely linked and that cooking ability is highly prized in a bride -- in some cultures, more valued than virginity!
Posted by Susan at 9:54 PM