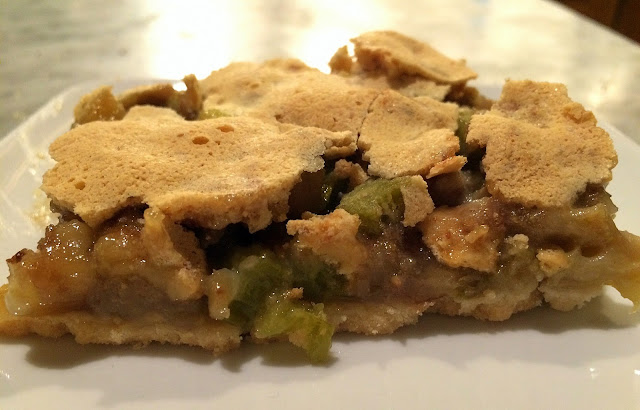 It's one of the first local vegetables to appear in early spring at the farmer's market, and there are a lot of vintage recipes for rhubarb in my collection. I'm figuring that mid-20th century housewives felt the same excitement -- something fresh! -- and that it was relatively inexpensive and extremely versatile.

Rhubarb Torte was a bit of a failure, and hardly blog-worthy or so I thought -- until the DD came for a visit and couldn't stop eating it (see below), all the time insisting that she doesn't like rhubarb. Go figure. This rhubarb torte (like most rhubarb desserts) is a delightful combination of sweet and tart. The batter forms an almost meringue-like topping and the combination of walnuts and rhubarb is really, really good.

I'm bringing you this recipe with some caveats. Mostly, the crust has the taste and mouth feel of cardboard and you need to "sling" the pan (line it with parchment or aluminum foil overhanging the sides so you can lift the torte out of the pan before cutting). Otherwise, base cements itself to the pan and you'll practically need a chisel to remove it. That's a bit of an exaggeration, but not much. 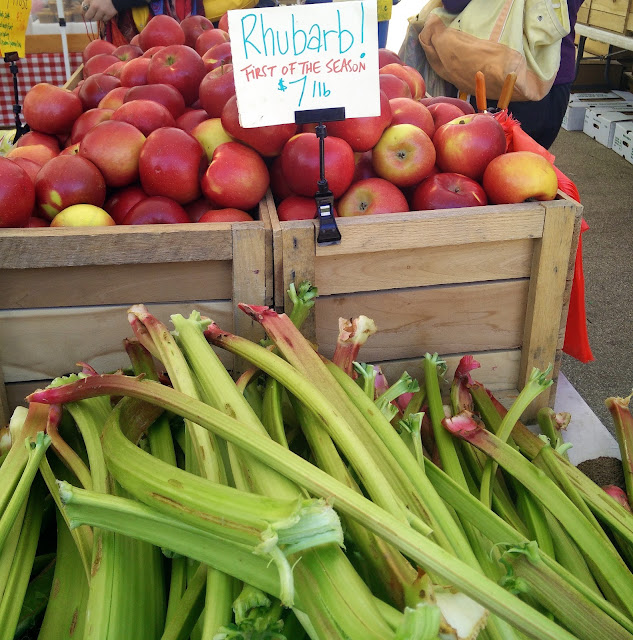 The first rhubarb of the season is green; a bit later the stalks are red. So this looks like celery, but trust me, you don't want to eat it without first cooking it with sugar. 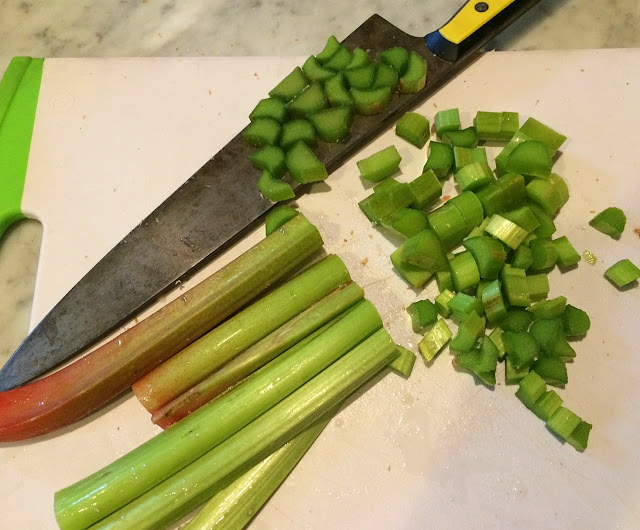 Mix up the batter... 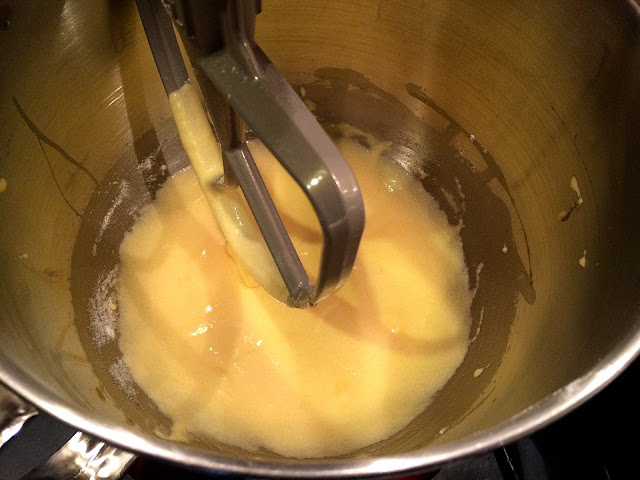 And add in the nuts and rhubarb. 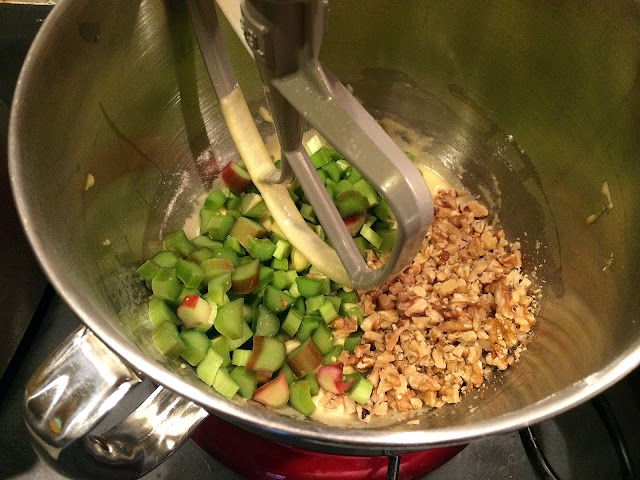 Pour the mixture over the base (see more on that below) and using an offset spatula or butter knife, smooth until it reaches the edges of the pan. 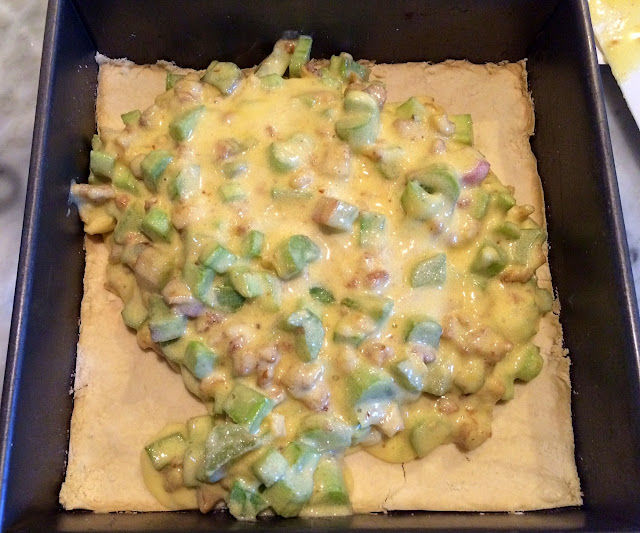 Bake about 40 minutes.  The fruit will be bubbling at the edges and the top will be a light golden brown. 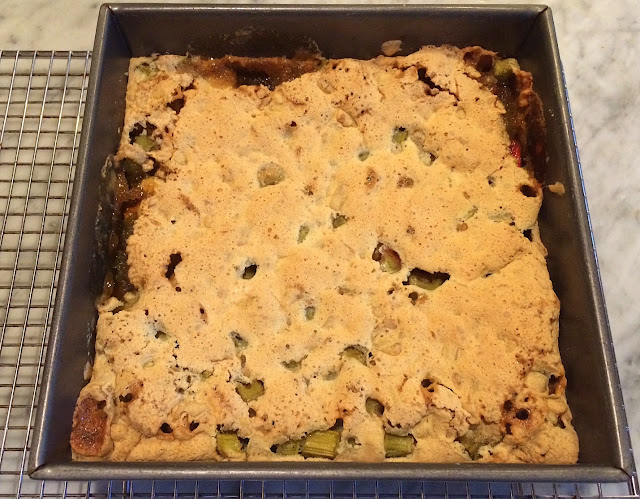 The rhubarb hater, below. 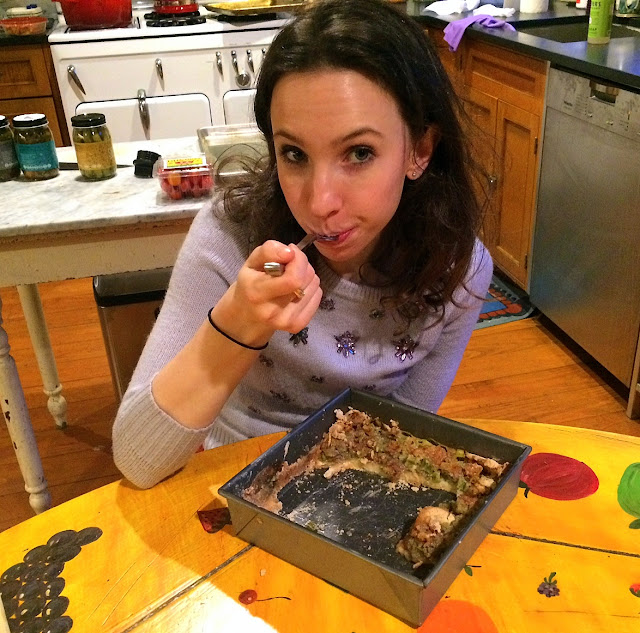 Production notes: Replace the base with a pie crust dough and bake with pie weights (or dry beans) for about 10 to 15 minutes.  Otherwise, follow the recipe exactly as below. 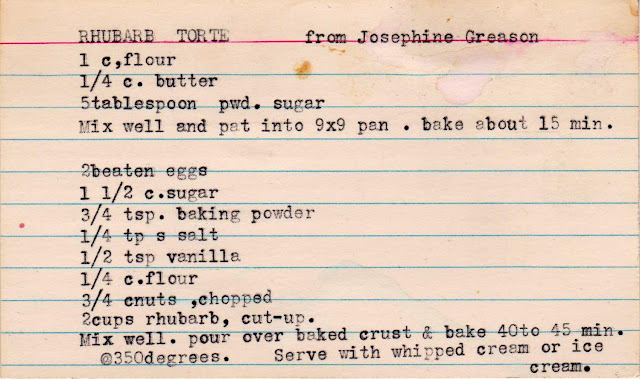