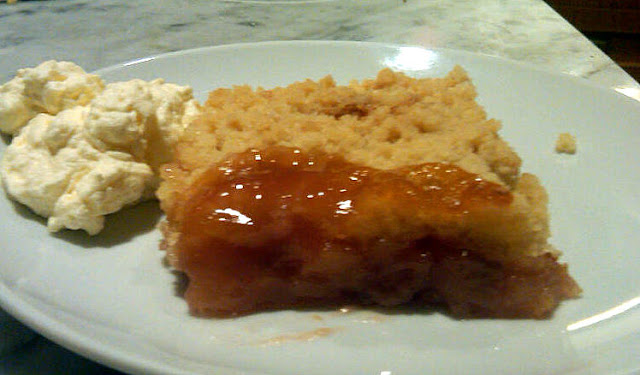 I adore puddings so was thrilled to discover this c. 1950s recipe for rhubarb pudding, especially since I had just bought a gorgeous bunch of the red stalks at the farmer's market. So with great anticipation, I prepared the recipe. But what emerged from the oven wasn't pudding, but something else entirely, proving the axiom that one generation's pudding is another's cobbler.

Among the challenges of baking from old recipe cards is interpreting instructions across a generation (or two or three) and "blind" baking (i.e., there's never a glossy photo so one can see the final product).  In fact, some of the recipes don't even have a title or instructions, but are simply a list of ingredients on a scrap of paper or a card, leaving me to wonder if I'm following a recipe or "baking" someone's shopping list.

Having said that, this "pudding" was absolutely delicious, and had the very high crust-to-fruit ratio prized by many.  Do try this at home.  If you don't believe me, just ask Karin and Jim, pictured below, who are very enthusiastic (and honest) eaters. 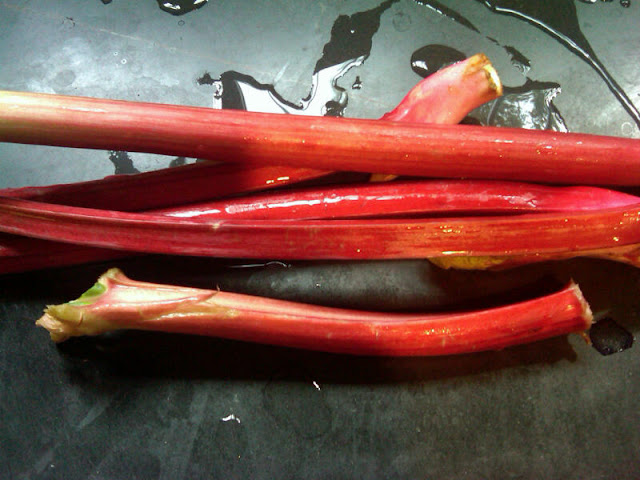 Chop up the rhubarb into about a 1/4 inch dice, below. 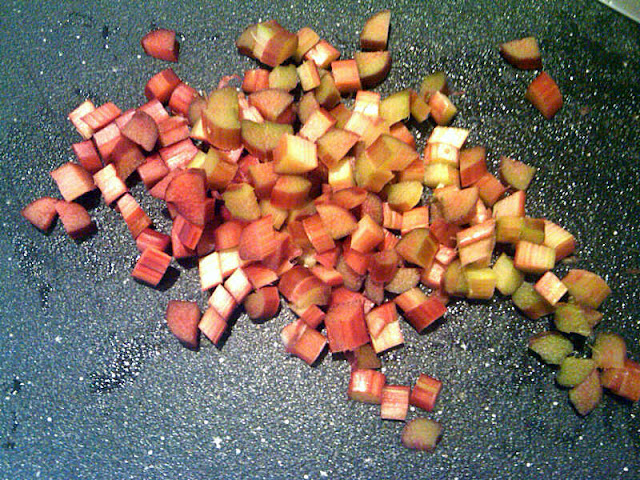 Combine it with the pineapple tidbits in an 8-inch pan. 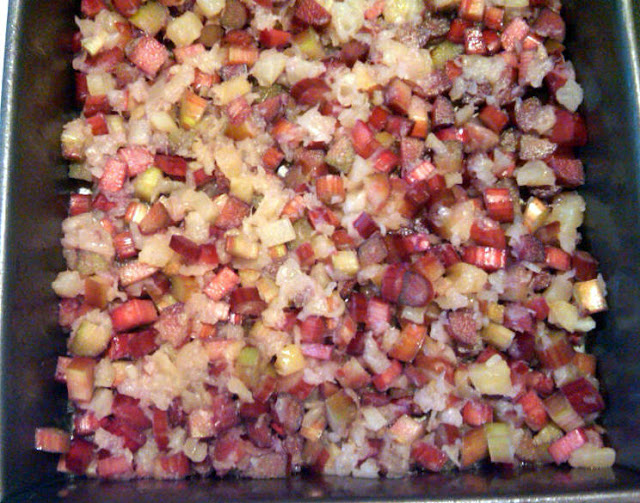 Mix the pudding batter (sugar, eggs, flour and lemon juice) and pour over the fruit. 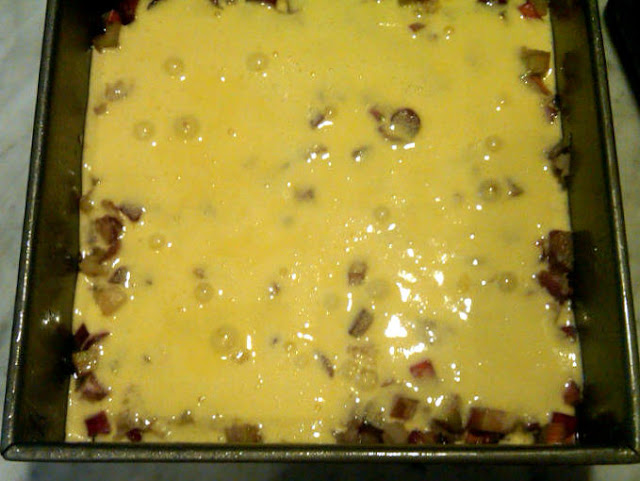 The topping is prepared like pie crust, so I used my food processor to make quick work of cutting the fat into the flour. 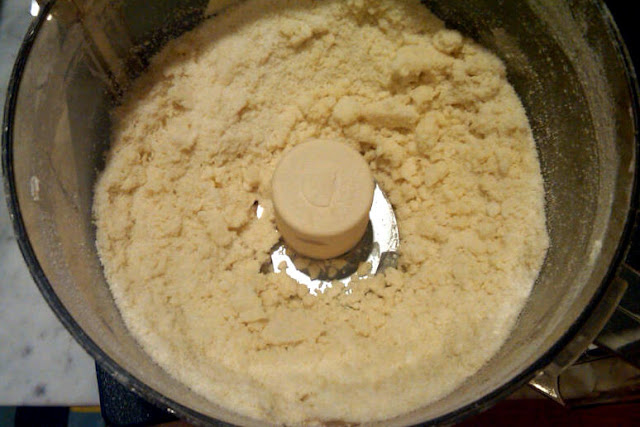 Sprinkle the topping on the fruit and pudding mixture and bake. And voila -- in under an hour you'll have a unique (in this century, at least) rhubarb dessert. 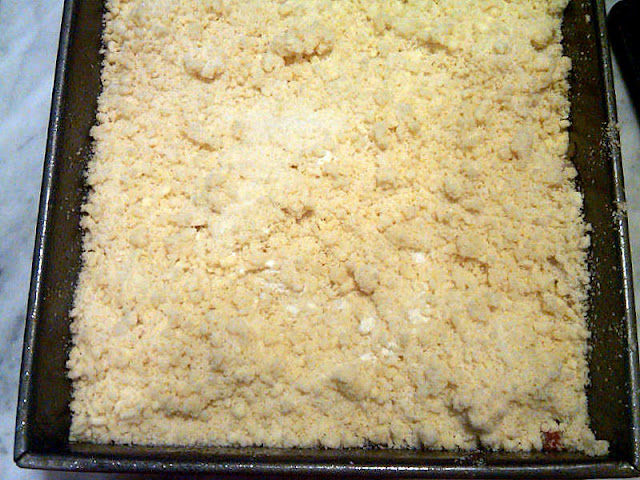 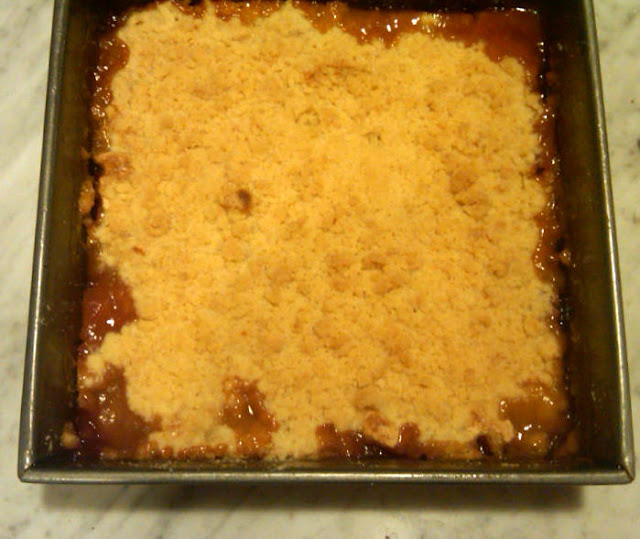 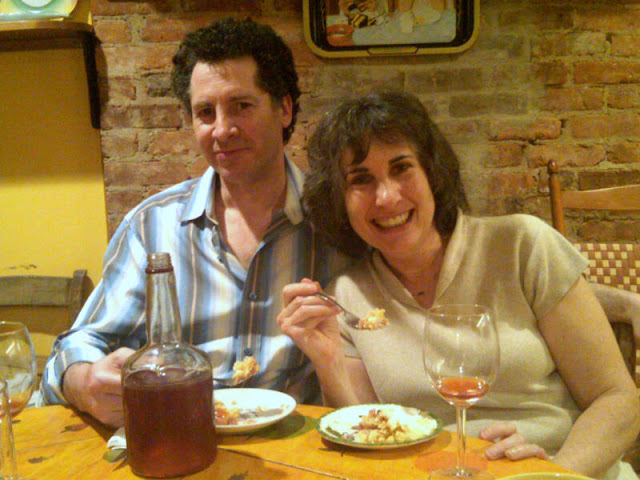 Jim and Karin enjoying some dessert. Note the large bottle of raspberry wine (aka "hootch") they brought over. 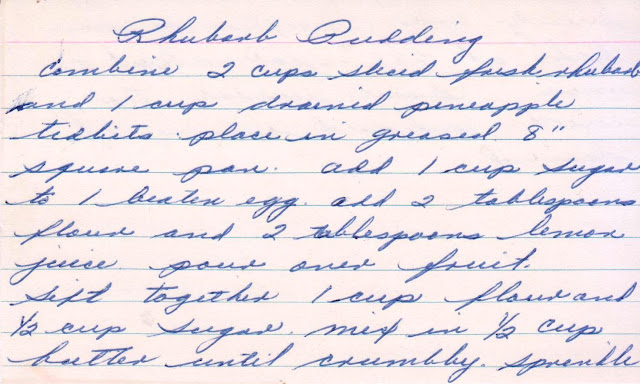 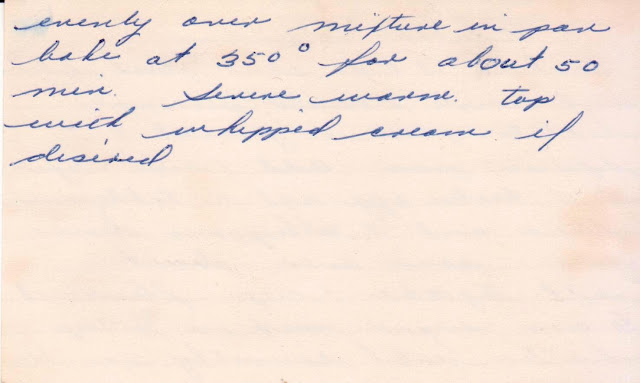