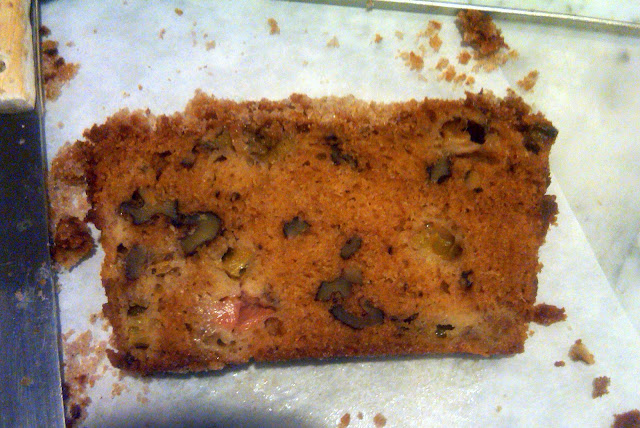 If this were August, zucchini bread would be on the plate. But it's June and rhubarb is, if not plentiful at the farmer's market, at least available.  This tart cousin-of-celery is one of the last truly seasonal vegetables and a harbinger of summer's bounty (including that zucchini).

I've always associated rhubarb with rural America.  And I'm not the only one, apparently.

Last Friday, DS and his girlfriend drove to Massachusetts to experience a "country" weekend.  (Never mind that when he arrived, he phoned to say: I can't believe I drove 4.5 hours to get to the middle of nowhere.)  Freaked out by the inn's location next to a cemetery, they wanted to flee but fought the impulse.  And their reward?  Wonderful fresh baked goods -- including rhubarb bread -- made by the inn's proprietress.

This is not her recipe, but one from my collection.  Though interestingly, it's misspelled as "Rhubbard" Bread on the card -- and DS told me that he had "rhubard" (not rhubarb) bread at the inn.  Hmmm...

If you've got a few stalks of rhubbard (or rhubarb) on hand, I highly recommend this recipe.  It's dense and complex and lovely with a cup of tea or glass of milk.  What puts it over the top is the top -- an unusual crumb coating that adds another texture and sweet flavor note.

Ready to begin?
Cut up the rhubarb.  You'll need 1.5 cups.  Size does matter in this recipe; try to make the dice uniform. 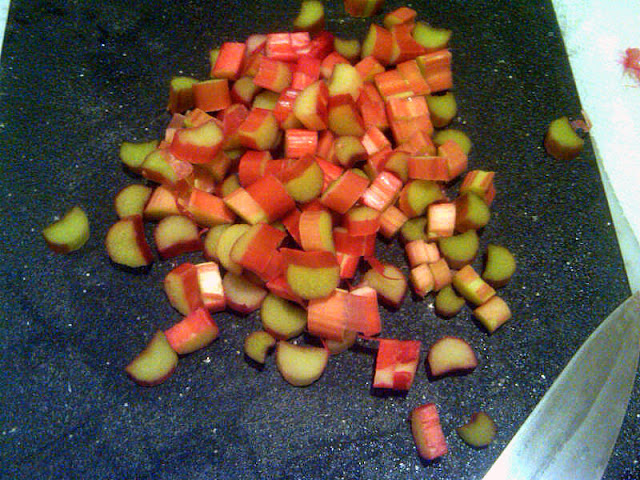 This is a one-bowl sweet bread.  The recipe card has no instructions, but I followed a traditional method, which I've written out at the end of the post. 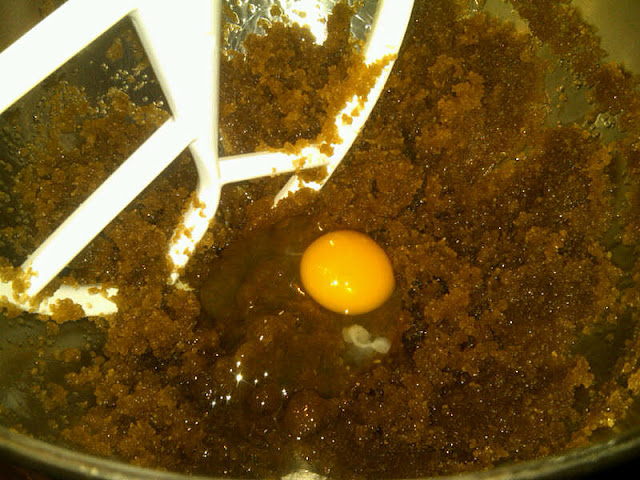 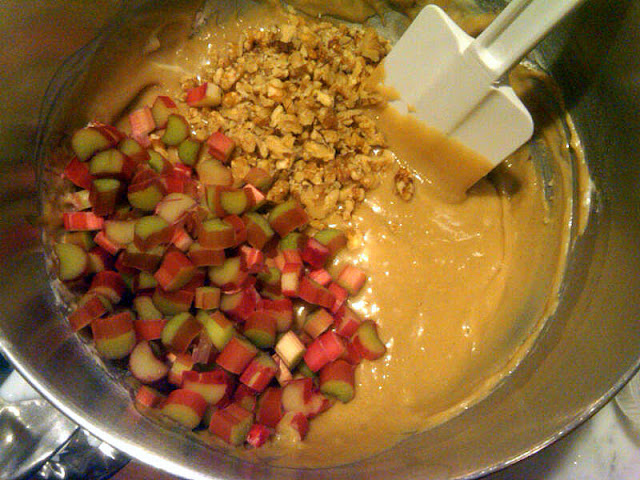 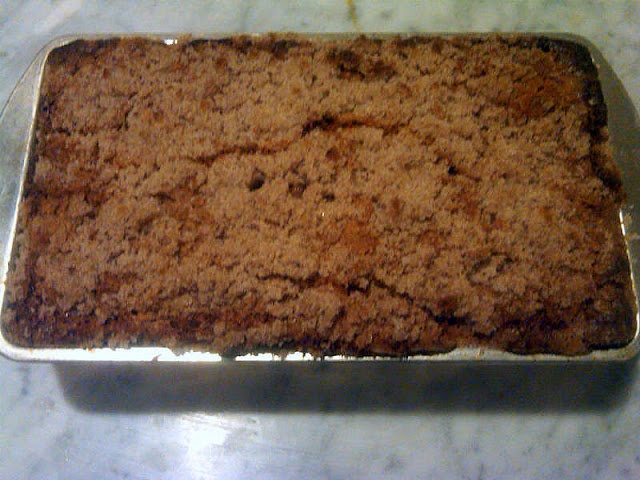 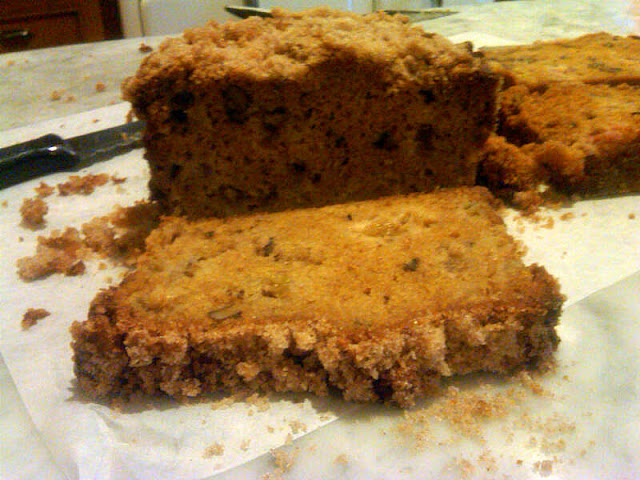 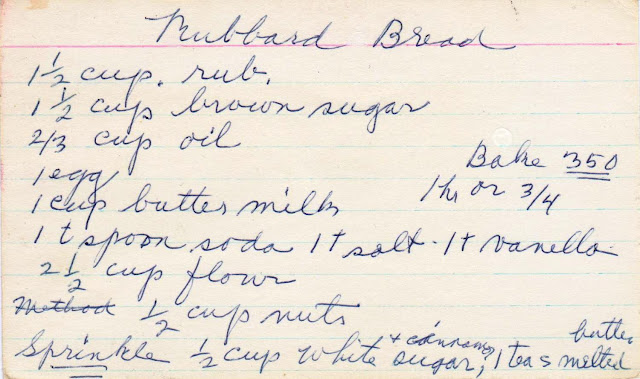 Preheat oven to 350.  Grease and flour a loaf pan.

Combine sugar, egg and oil in mixing bowl until well blended.
Mix flour, soda and salt together.
Add flour mixture and buttermilk to mixing bowl, alternating between them, starting and ending with the flour mixture.
Add vanilla.  Add nuts and rhubarb.  Combine and pour into prepared pan.

Topping:  Mix 1/2 cup white sugar, one t. cinnamon, and 1 T. melted butter (feel free to play with the proportions here) and sprinkle it over the top of the bread.