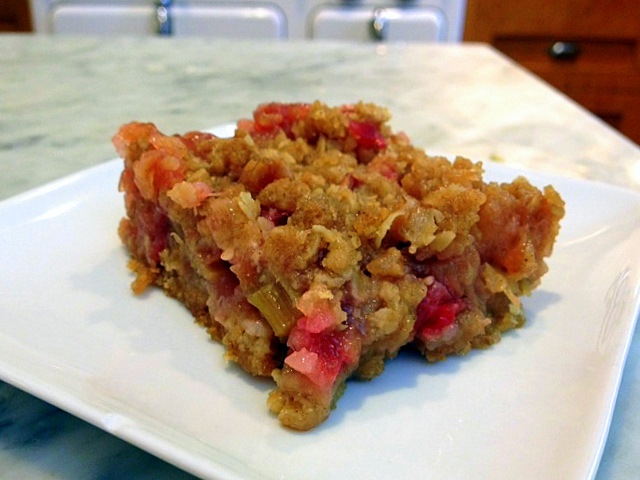 My eagerly anticipated relaxing (read: no plans) Memorial Day weekend changed as suddenly as the weather when, on Sunday, the DH and I found ourselves with a household of hungry dinner guests.  Having gotten wind of this invasion at noon, I prepared a batch of pizza dough to rise through the afternoon (and to grill later).  Dessert was no problem -- I was planning on making rhubarb crunch anyway and now I'd have a lot of eager eaters.

I have three recipes for rhubarb crunch in my collection; I selected the one that seemed the oldest, probably from the 1940s. It's a three-layer dessert -- a pie-like filling layered between a base and top.  This is really, really good and made a lovely breakfast treat the next morning.

Start by making the base and top -- which are made from the same mixture.  Combine raw oats, brown sugar, flour and cinnamon.  Add in one stick of melted butter. 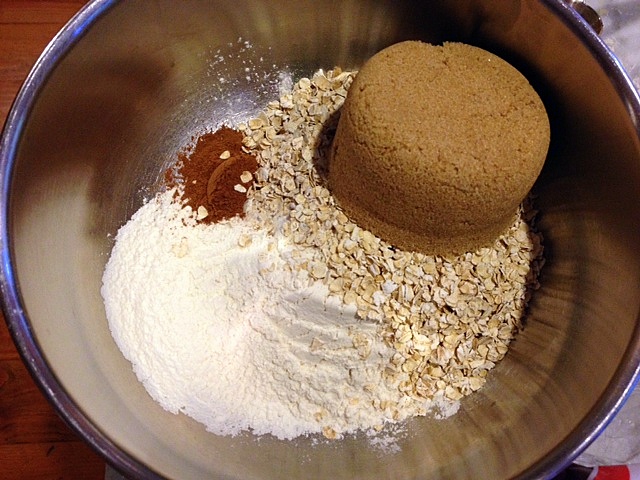 Press half of the mixture into a 9 x 9 inch pan, which has been well greased. 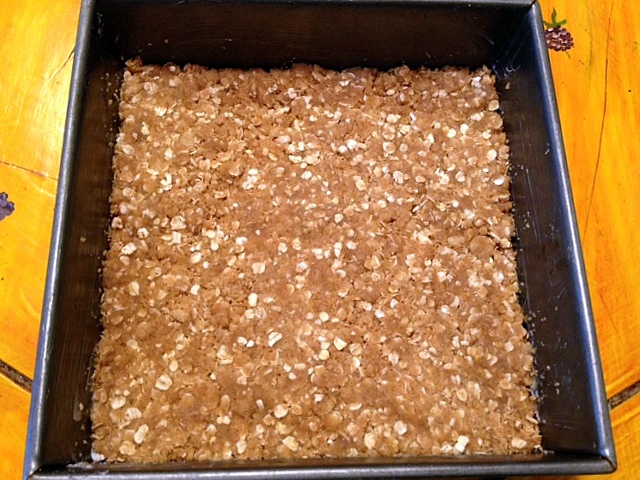 Next, place four cups of diced rhubarb on top of the base. 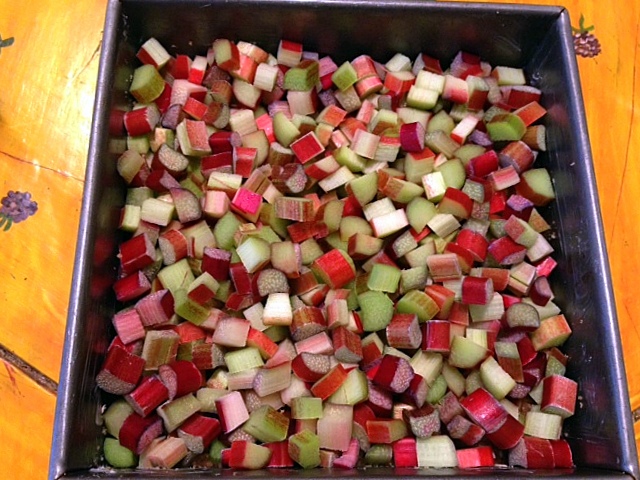 Now, prepare the sauce -- a cooked mixture of sugar, water, cornstarch and vanilla.  Although the instructions say to cook until it is clear, it never did get clear, perhaps on account of the vanilla.  I just cooked it until it was somewhat thickened and then poured it over the rhubarb. 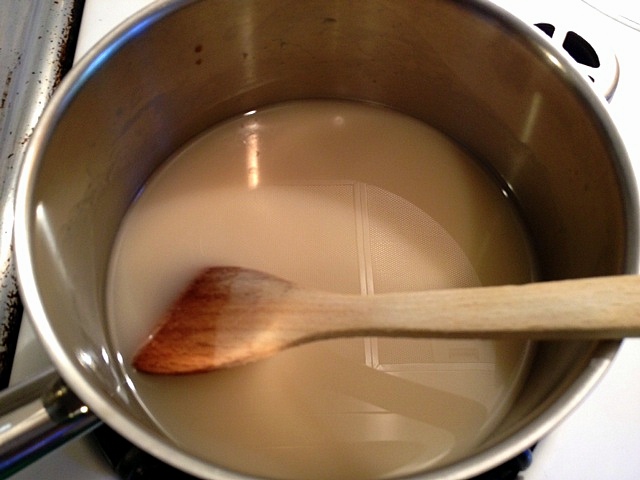 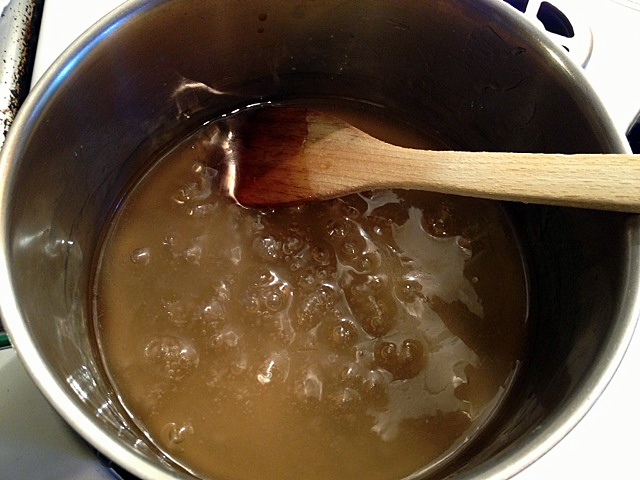 After the sauce is poured, place the remaining oatmeal-sugar-flour mixture on top. Bake for one hour. 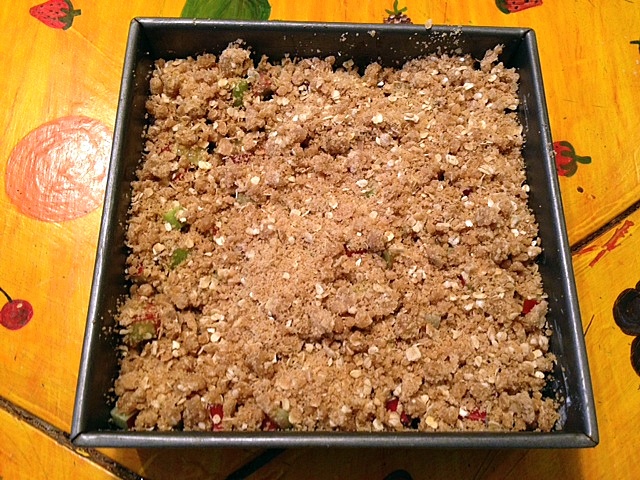 Pull from the oven and let cool. 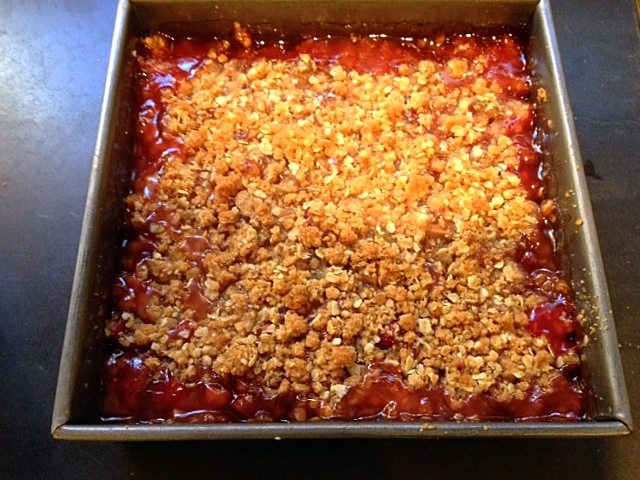 This is very, very good with vanilla ice cream.  Luckily, our dinner guests were willing to walk to the corner store to buy some. (Plus, they wanted some beer.) 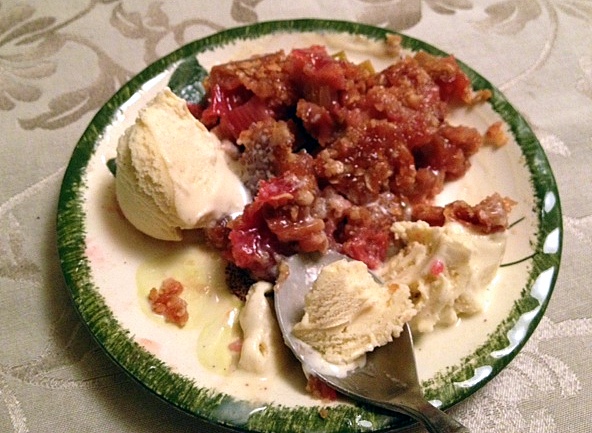 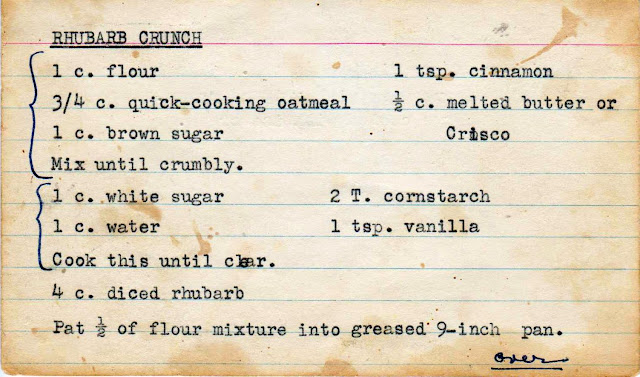 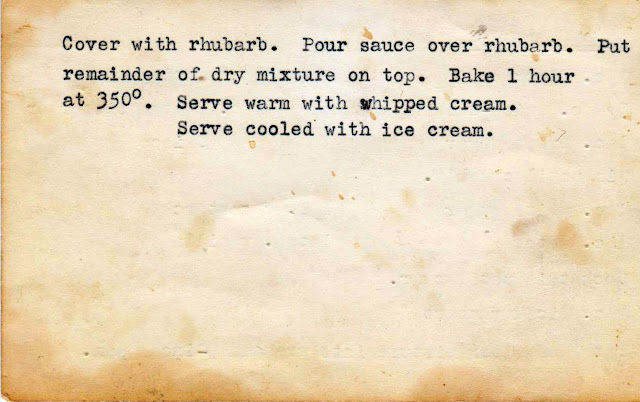 Dessert followed a dinner of free-form pizzas on the grill. (I'm sure there's a right way to do this, but I just prepared regular pizza dough, formed it into small pizzas and grilled.  After each is grilled, the toppings of choice are put on and the pizza is returned to the grill for a few moments.  We've done this both on charcoal and gas grills with great results.) 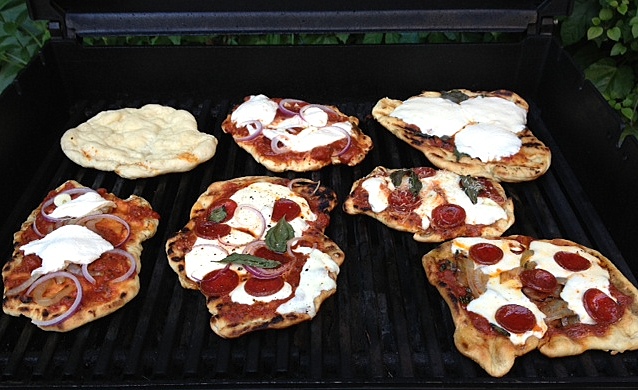 Our dinner guests, hungry in the kitchen... 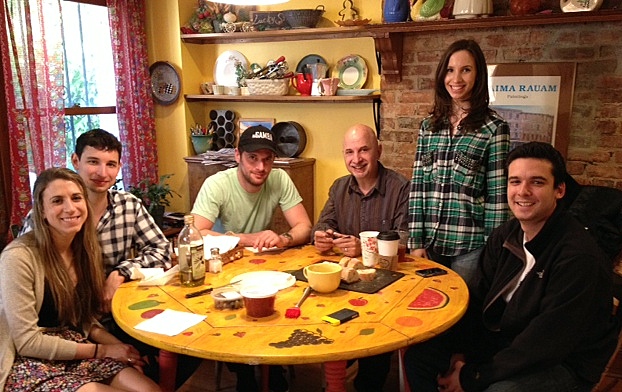 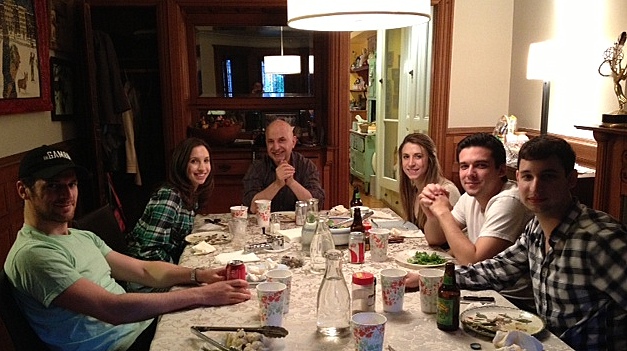