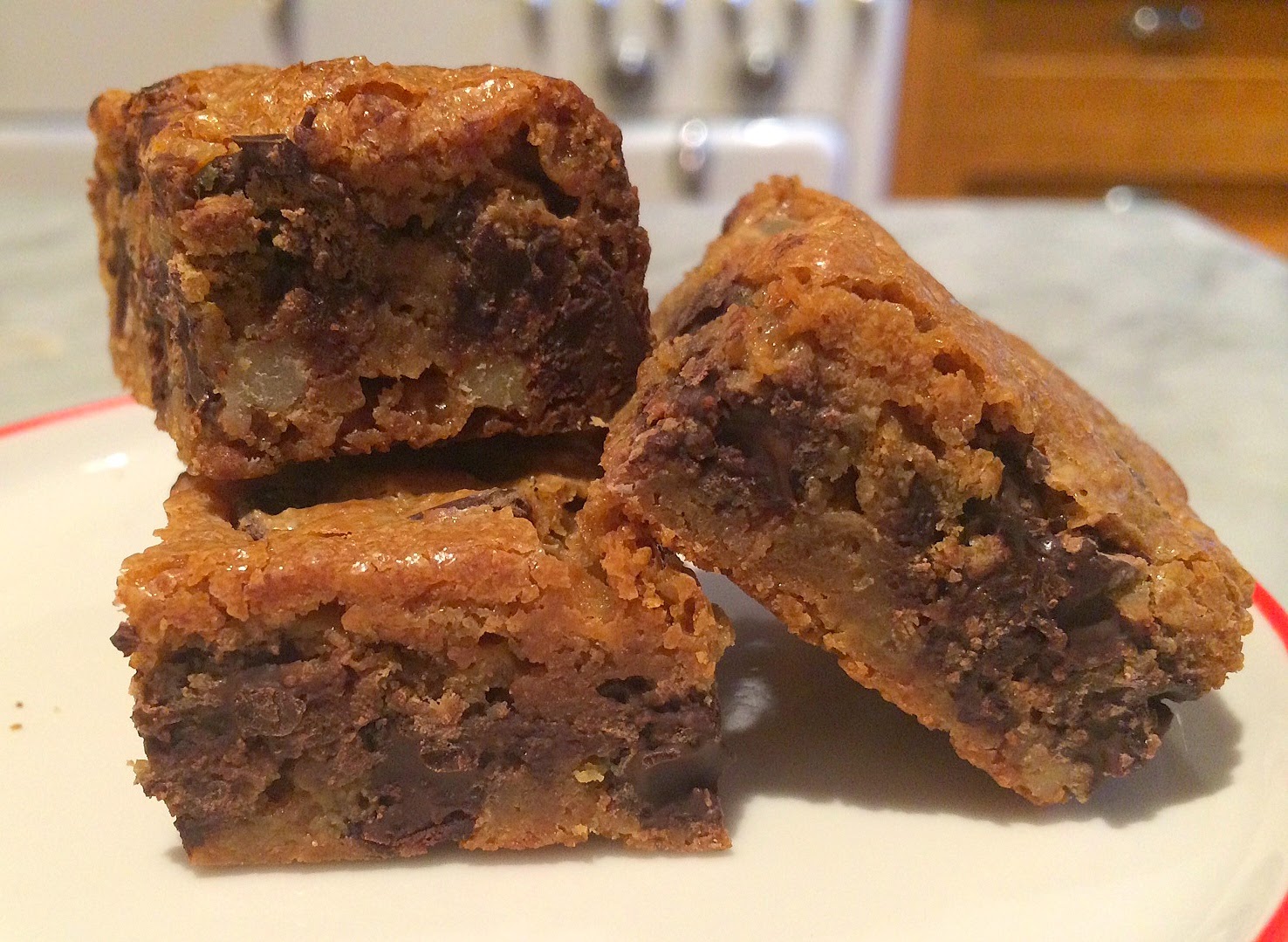 I made these the other night for several reasons, chief among them their ease of preparation (one bowl! five ingredients!) and their intriguing name. Gold Rush Brownies conjure images of get rich quick, hidden treasures and the like. But for me, it was also a reminder of a fabulous -- as in get thee there immediately -- exhibition at the New-York Historical Society called Chinese American: Inclusion/Exclusion. For while many people flocked to California after 1848 to search for gold, a large number of Chinese immigrants were among them. (There's a whole lotta intriguing history that followed, but this is a baking blog. I urge everyone to see the exhibit, especially if you like your well-researched history presented with the engaging bells-and-whistles of sophisticated video installations and more.)

The Gold Rush Brownies recipe is from a Texas family's collection, purchased recently on eBay. The recipe itself originally appeared on a can of Eagle Brand Sweetened Condensed Milk in 1951.  (My local bodega carries Magnolia brand.) It's as easy as it is sweet and the brownies are even better the second day.

Below are all the ingredients required. Notice the lack of butter and eggs. 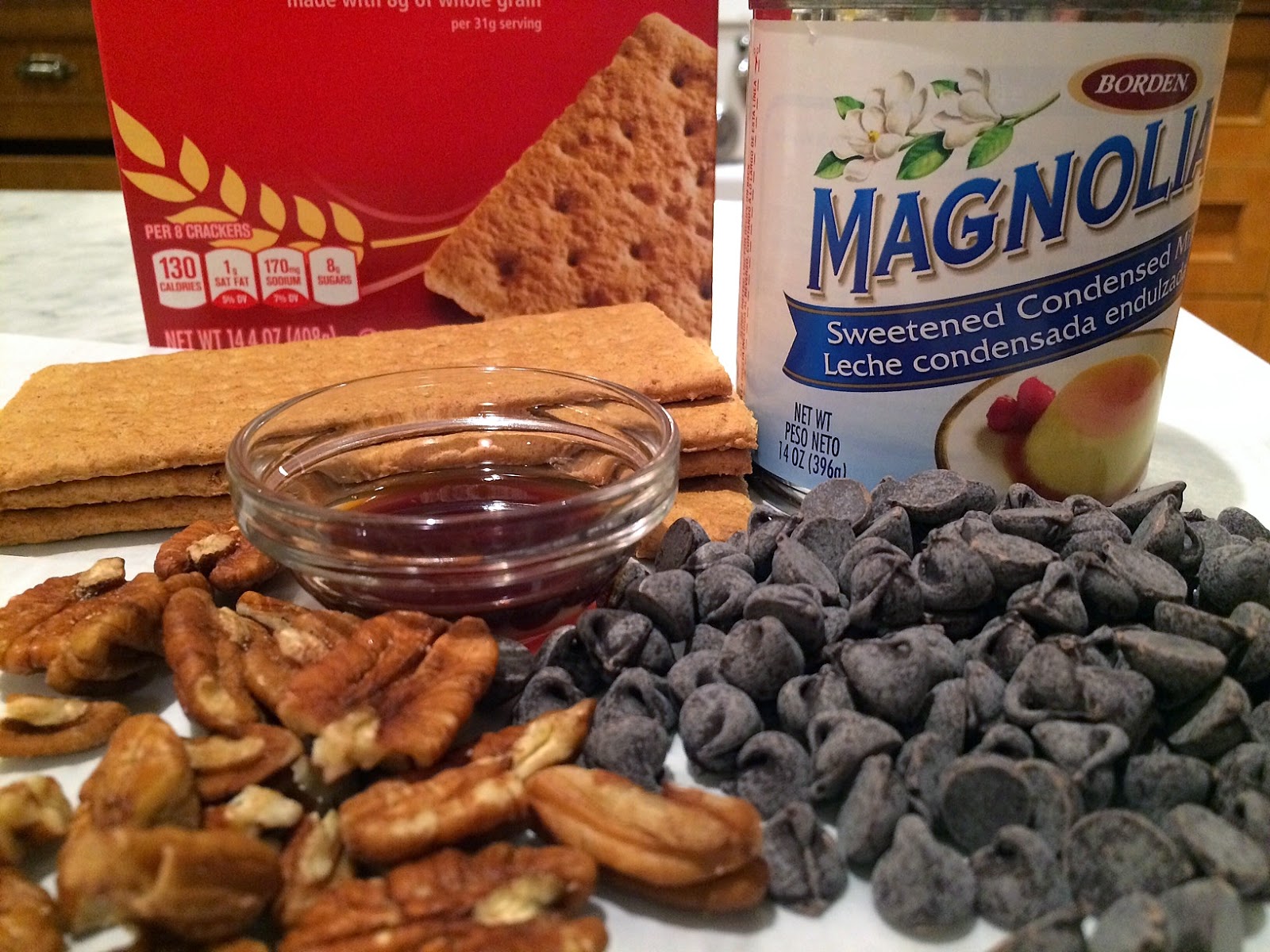 Place the chocolate, pecans and graham cracker crumbs in a bowl. You can crush the graham crackers in a food processor or sealed plastic bag, using a rolling pin or wine bottle. 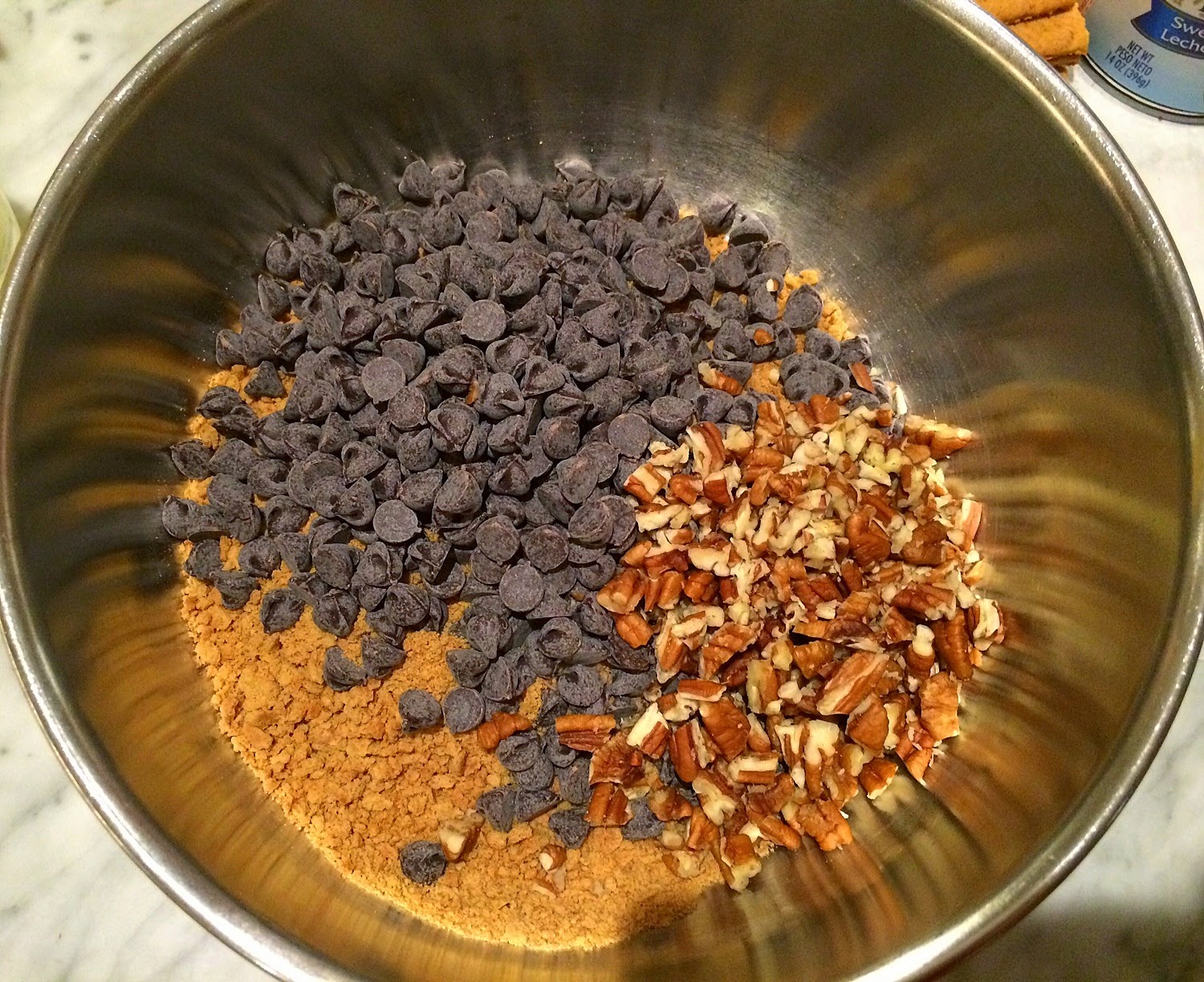 Pour in the sweetened condensed milk and combine. 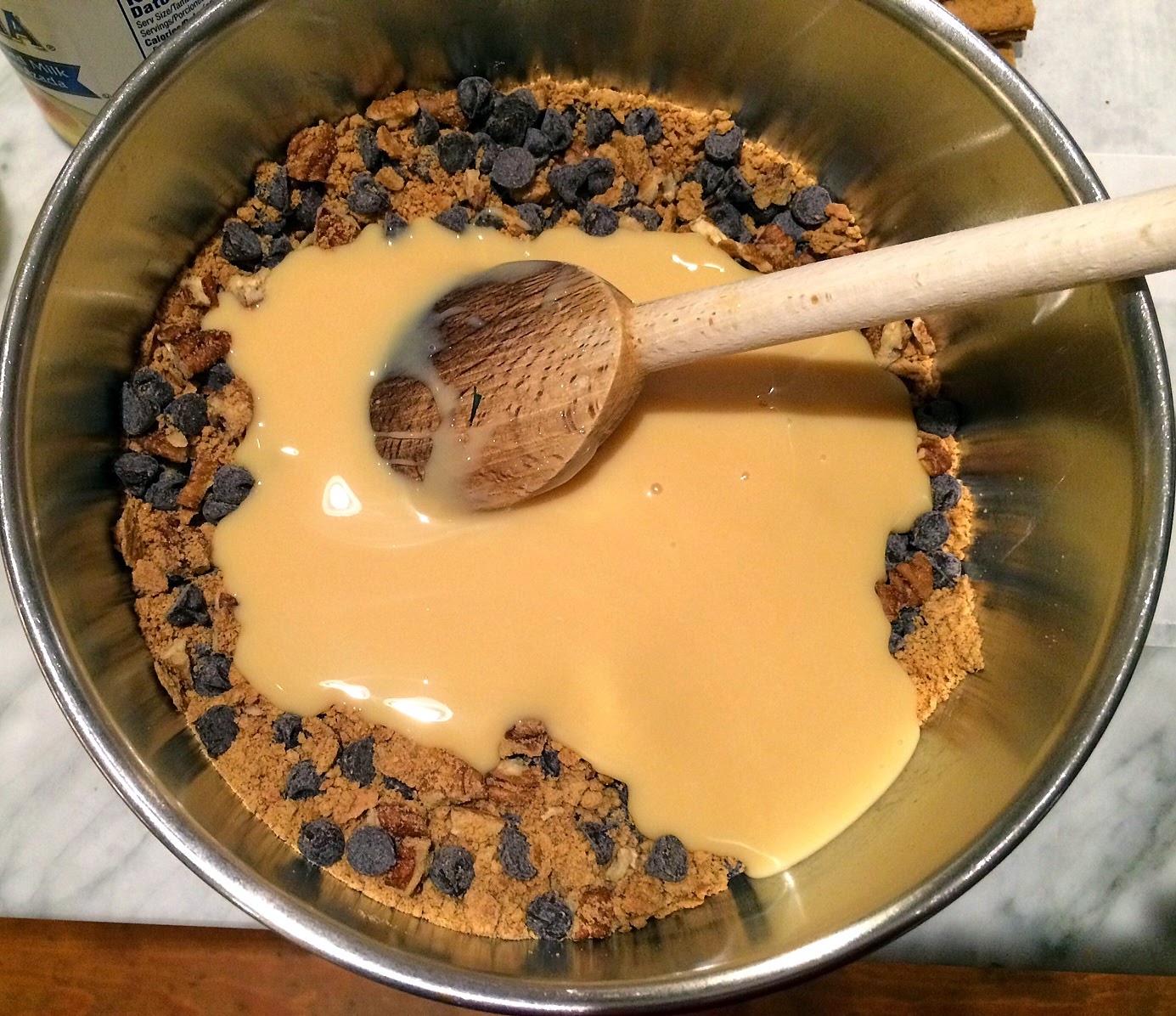 The batter will be sticky! 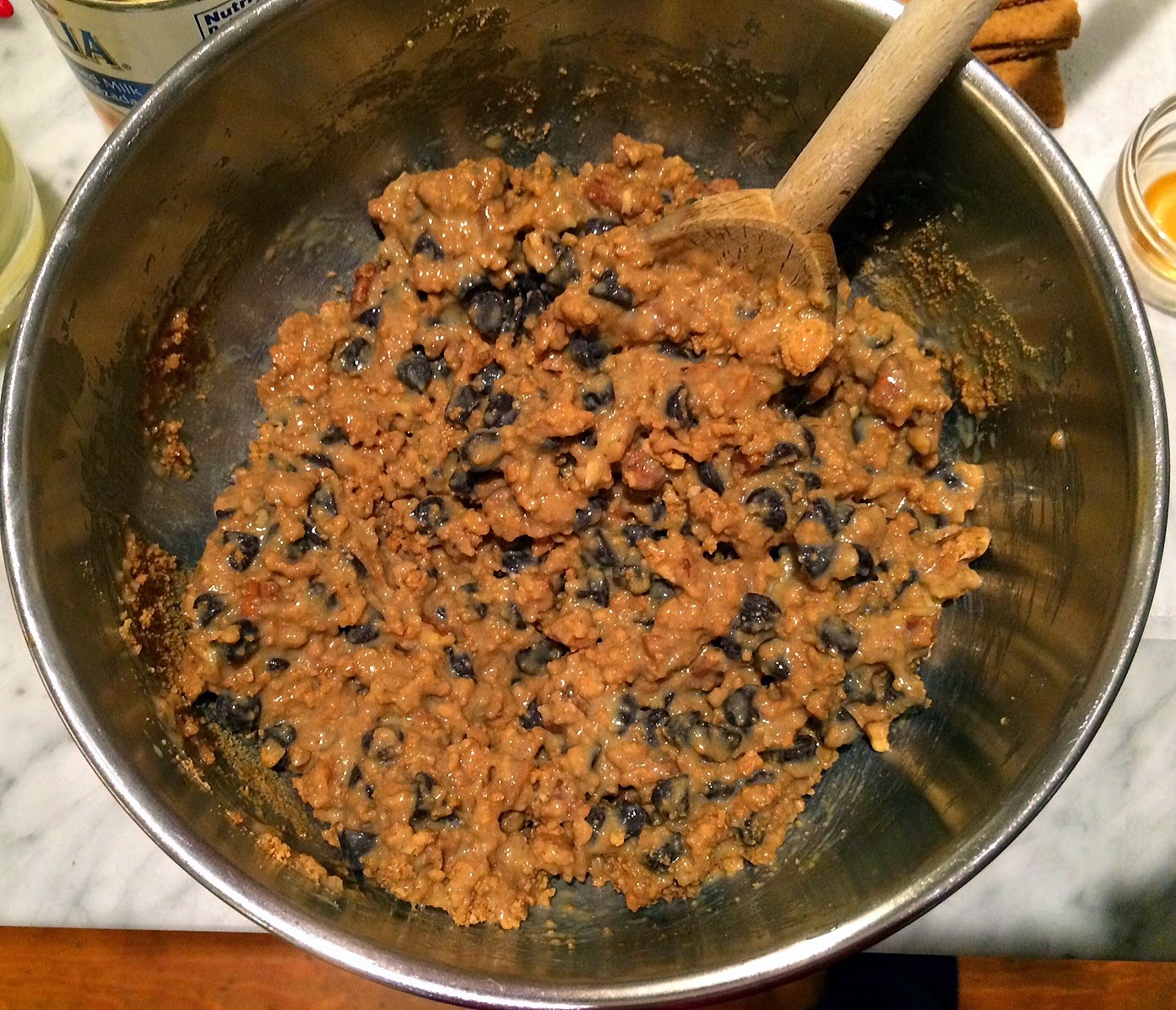 Spoon into a greased (or parchment-lined) 8 x 8 inch pan. You can use a spatula, spoon or knife to spread the thick batter evenly. I put on non-latex gloves and used my hands. 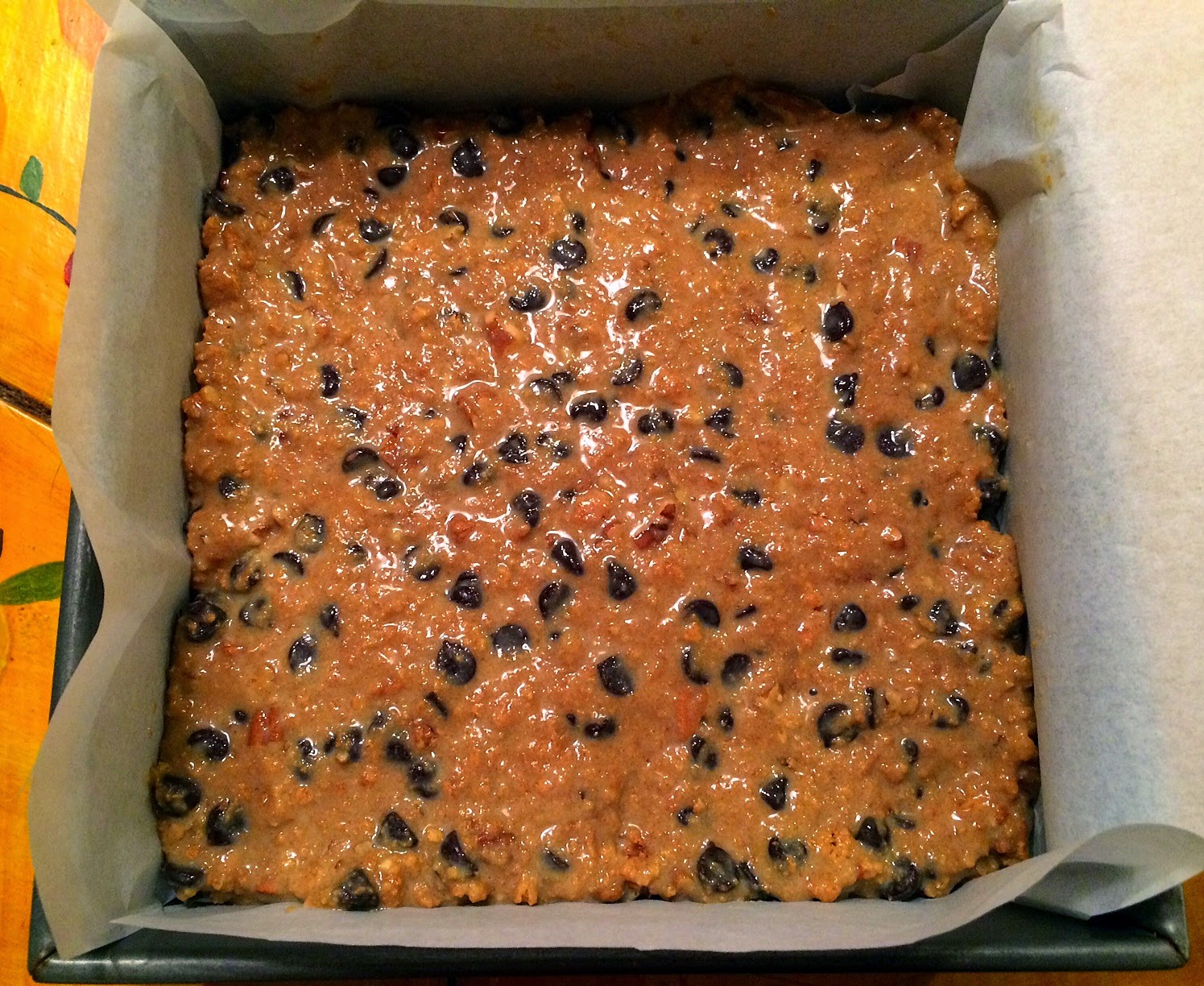 Bake for about 25 to 30 minutes until the top is golden brown. 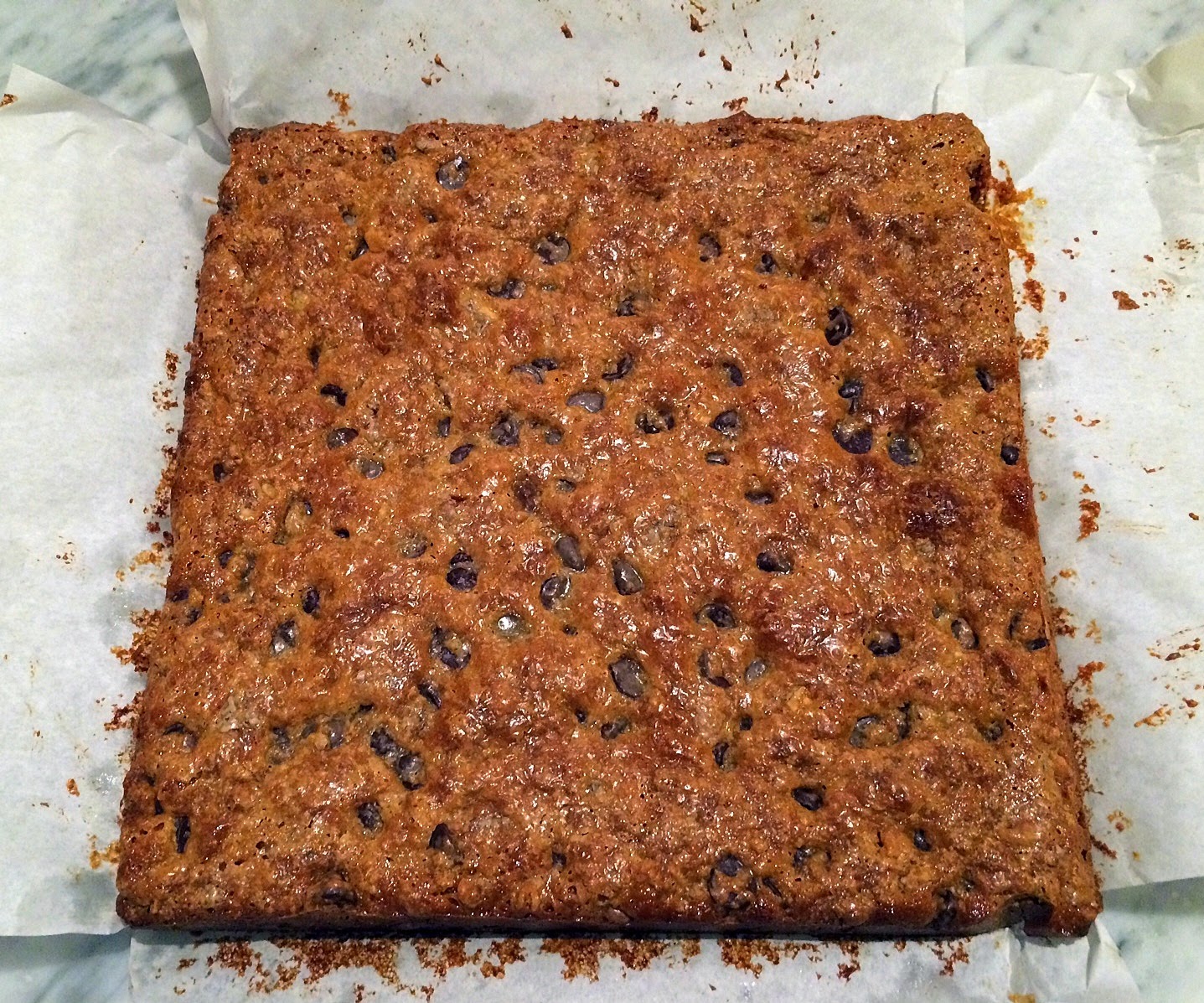 Remove from the pan and cut into squares. 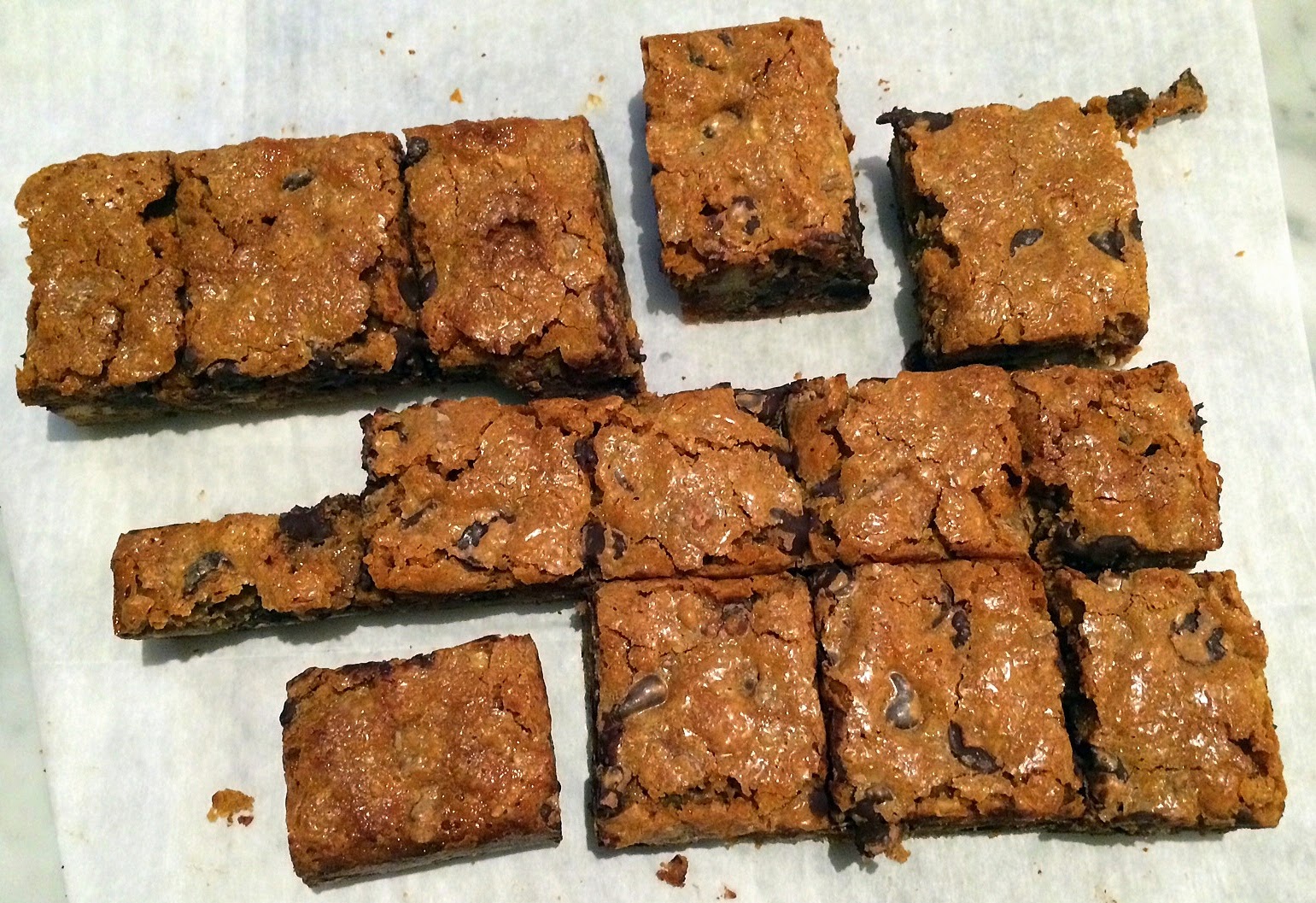 Production notes: I followed this exactly, except baked it for closer to 35 minutes. 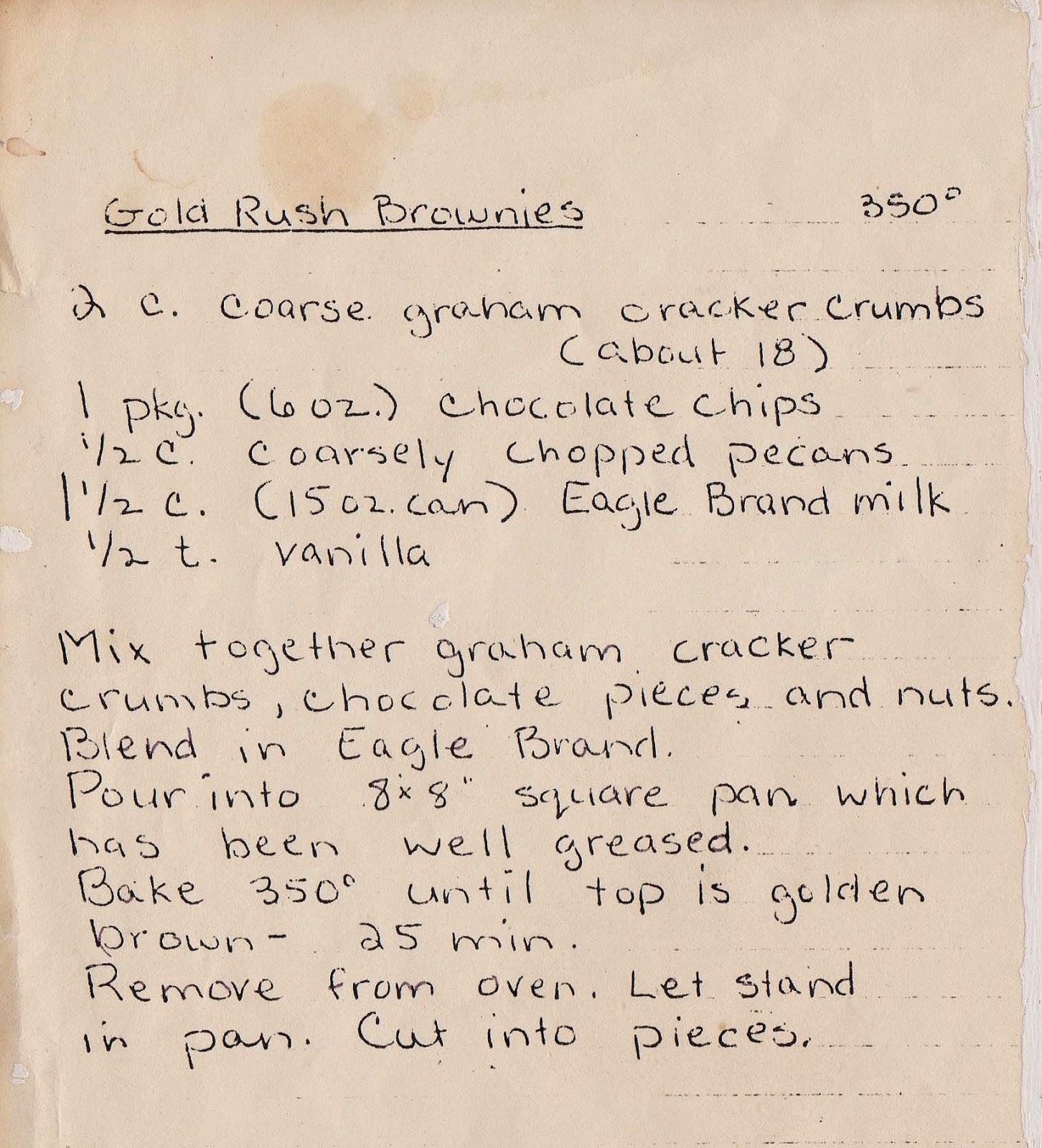