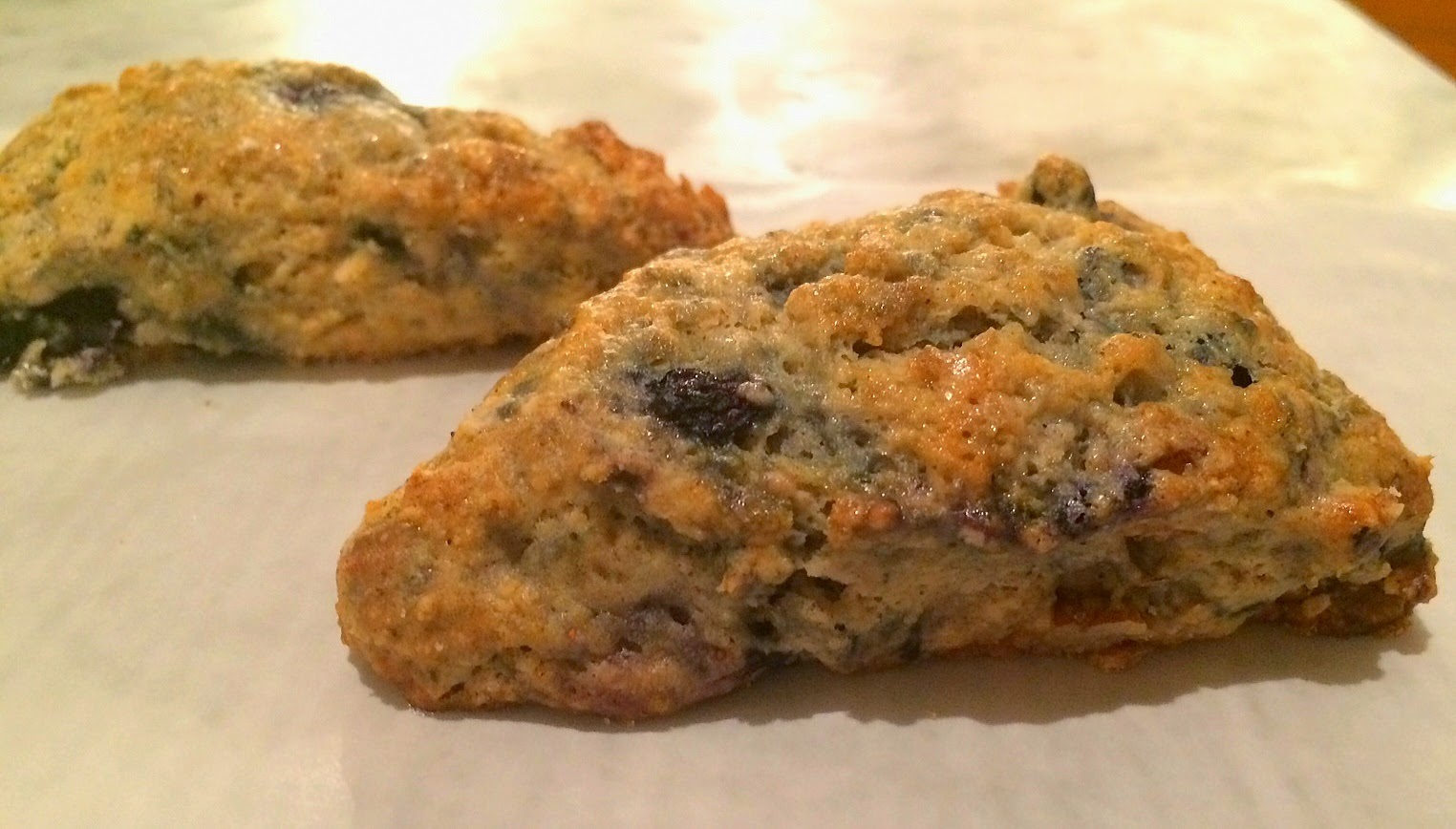 At work last week, my colleague Allison (aka a Mennonite in Manhattan) was treated to a high tea birthday party in Henry Street Settlement's historic dining room. There was quite the spread -- fancy teas and finger sandwiches and small cakes. I was asked to bring scones. And so I did, even though they did not come out as lovely as I'd hoped.

The recipe for sour cream scones was in the collection I received recently from Arthur Schwartz. They were full of promise ("These scones are very moist," wrote the recipe's contributor.) I found that the dough was too moist to work with, though the end result was pretty good (if not very pretty). Despite competition from a lot of tempting buffet items, the scones were gone -- everyone liked them!

Start by combining the dry ingredients in the bowl of a food processor. 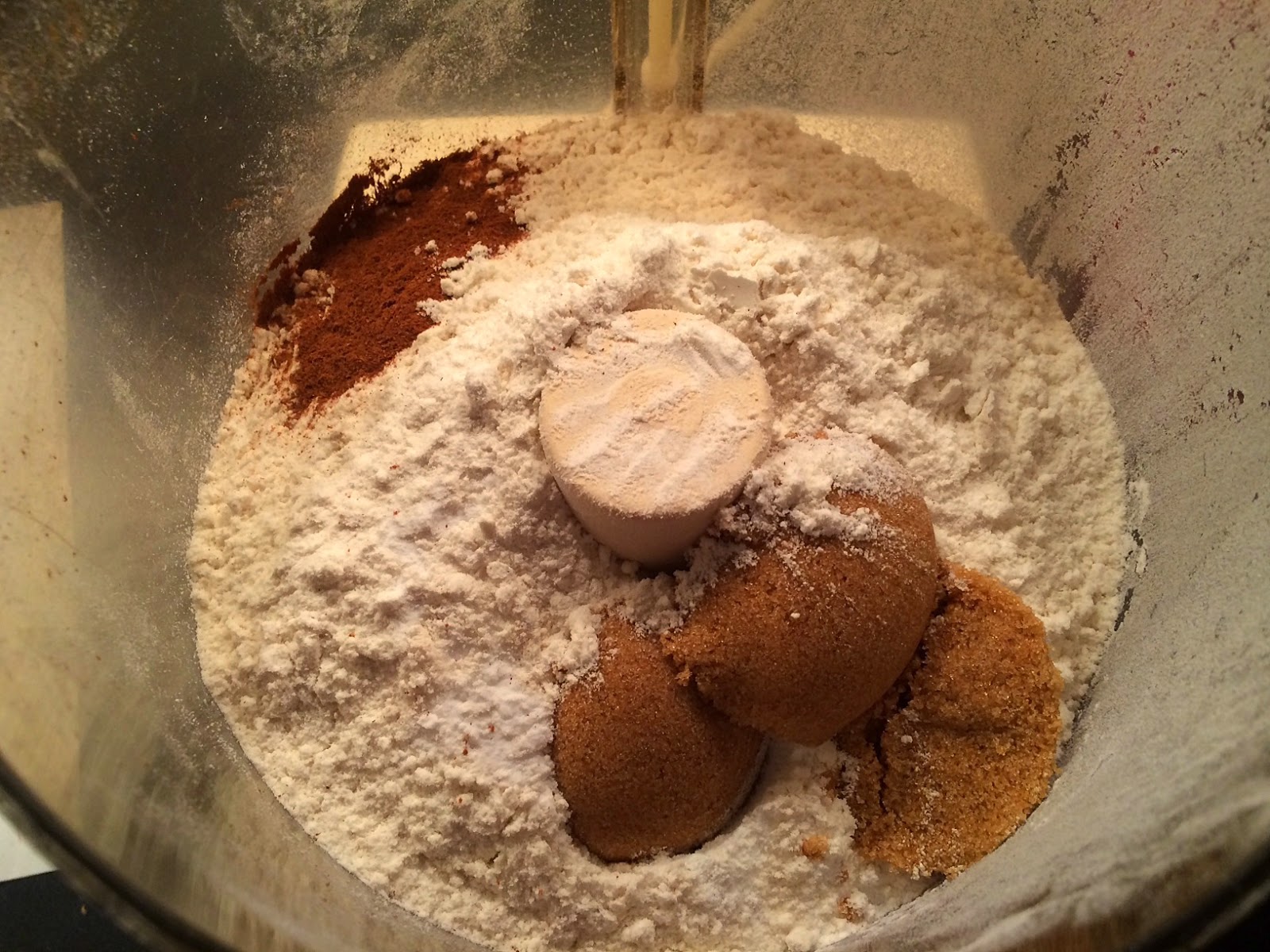 Add cold butter and process until it's incorporated. The mixture should be crumbly. 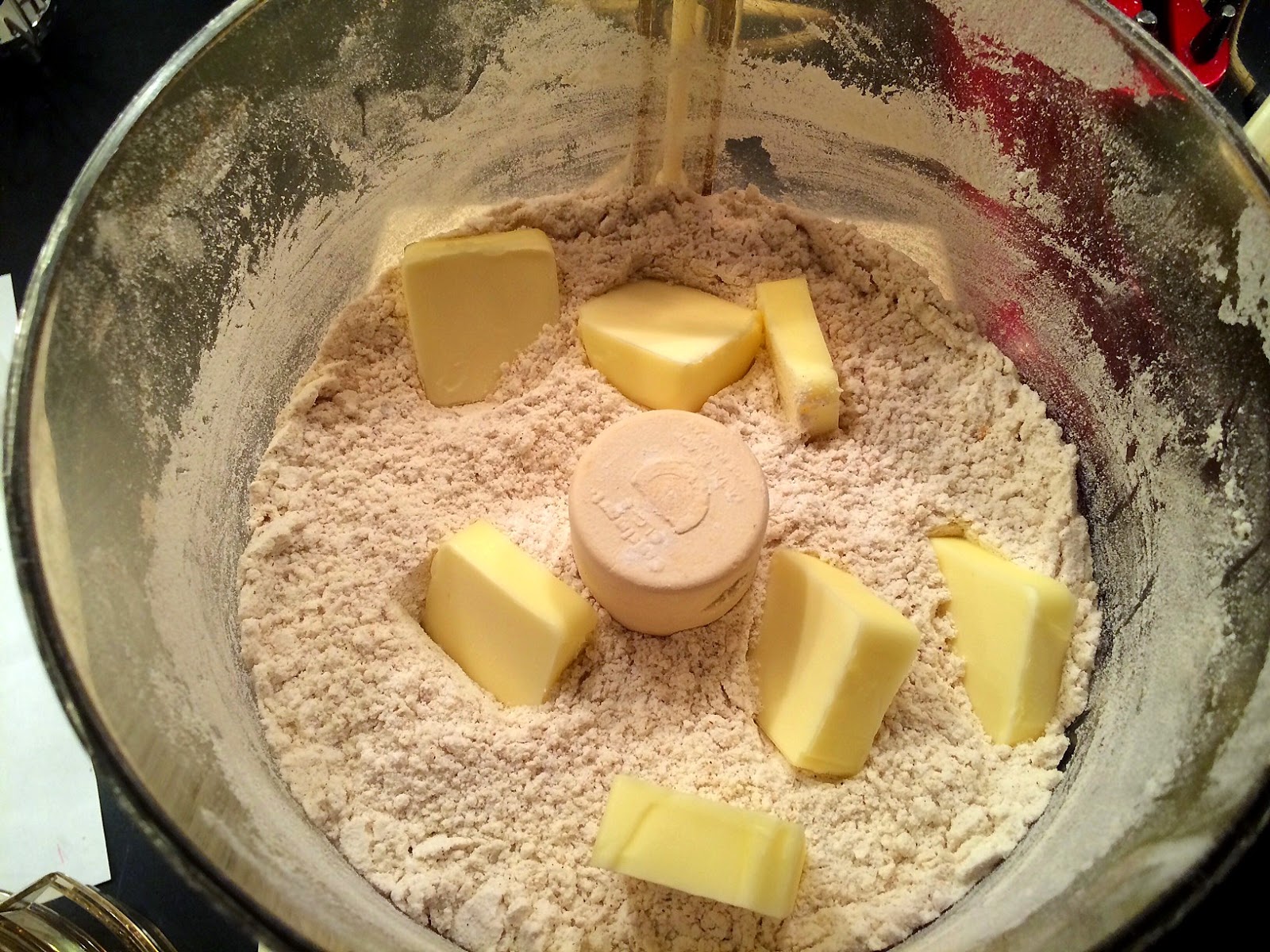 Transfer it to a large bowl, and add in the nuts and blueberries (or dried apricots or raisins). 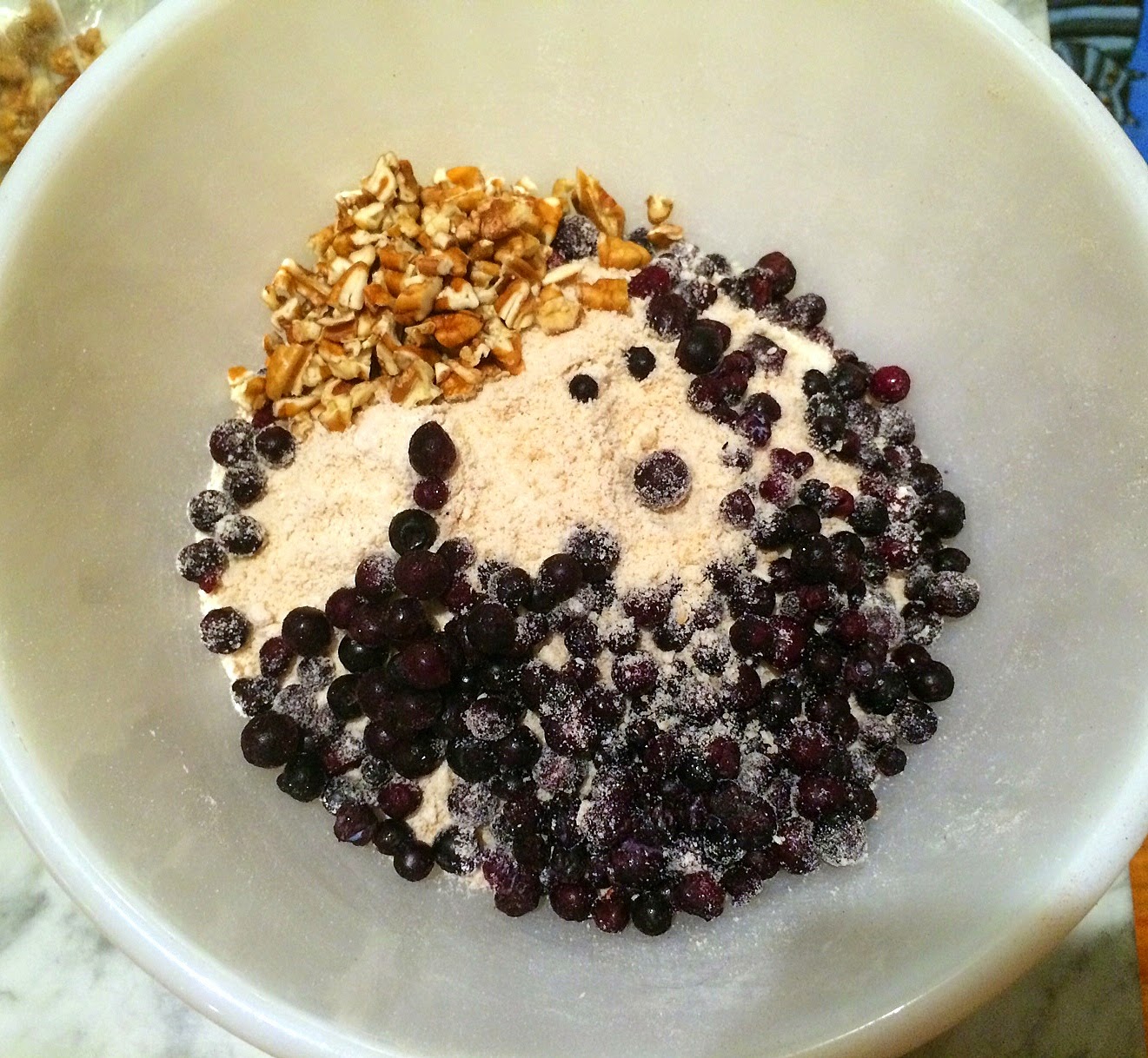 Meantime, mix the egg yolk with the sour cream. Fold this into the batter. 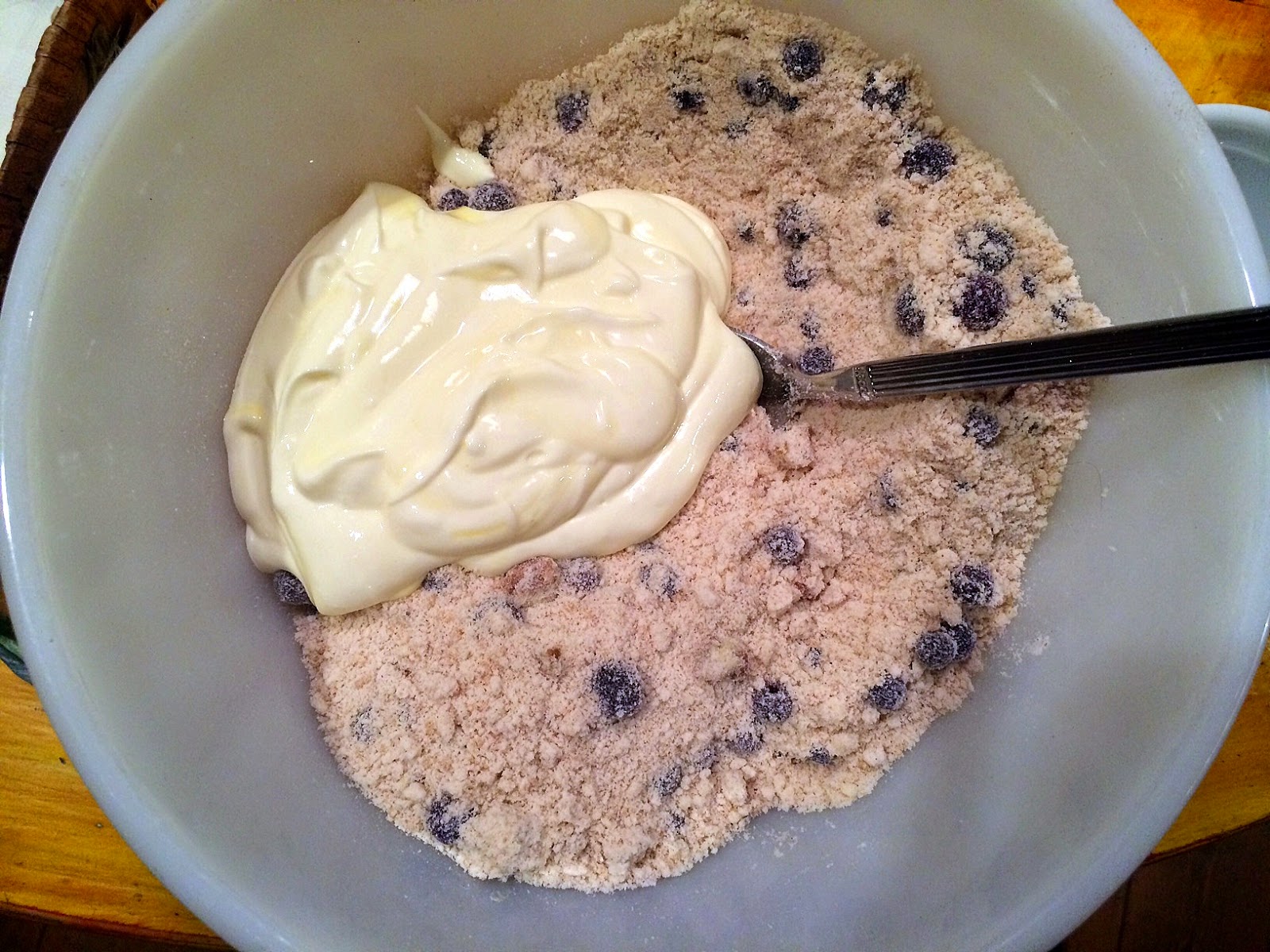 Now, the "fun" begins. As you can see below, the batter is difficult to work with, i.e., simultaneously too wet and too crumbly. 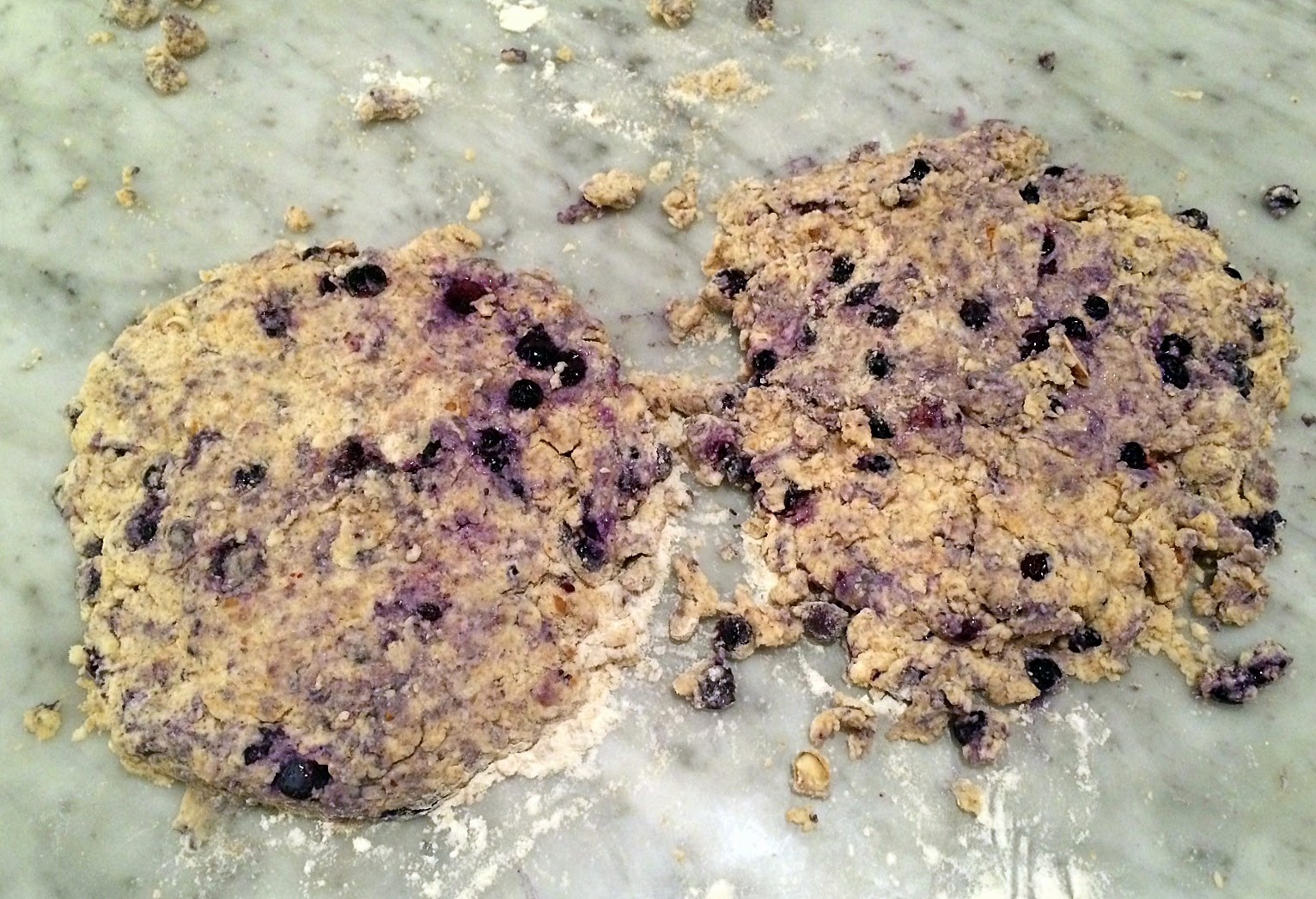 But I persevered; it was late at night and I hadn't the time nor energy to start over. 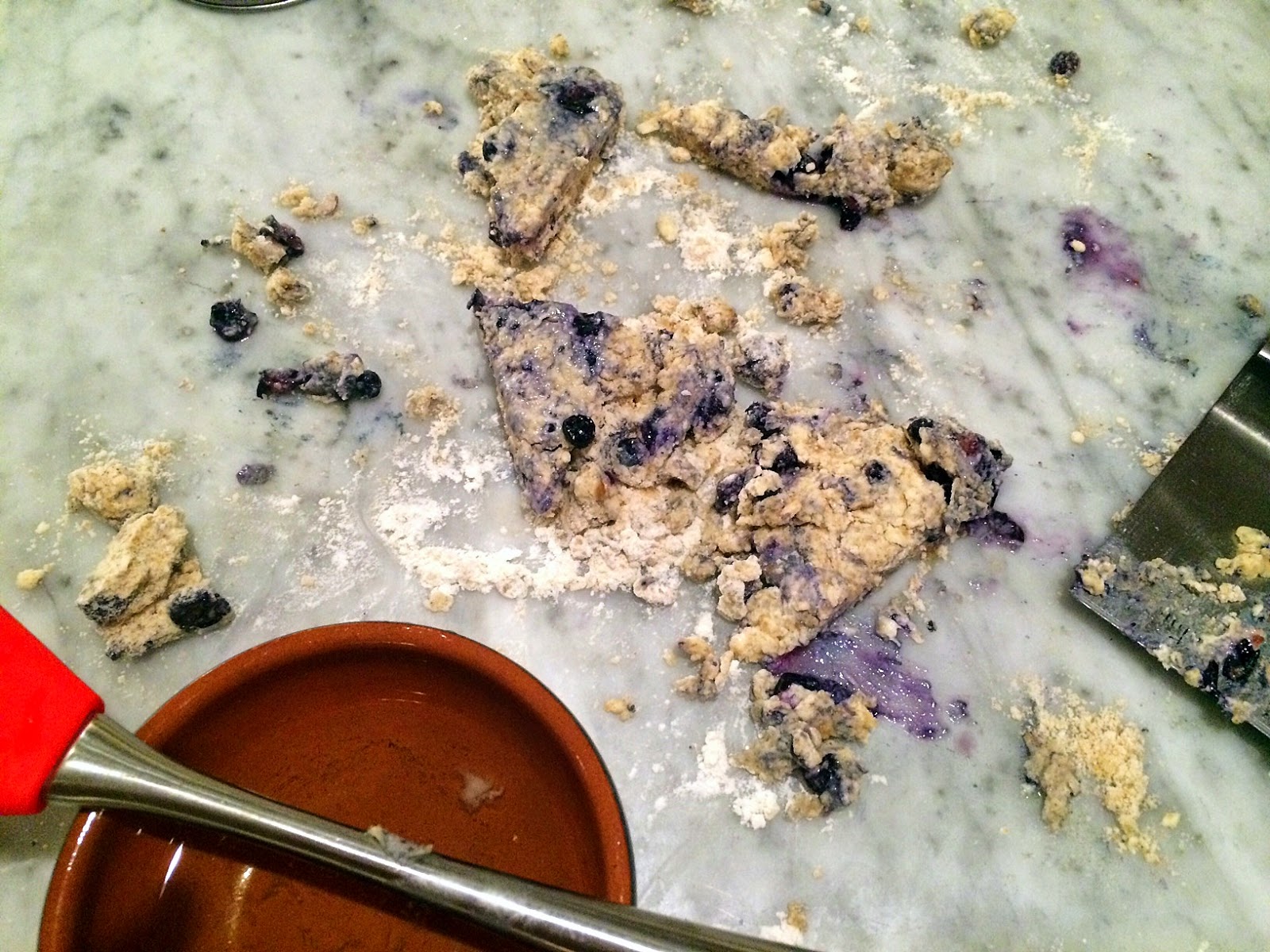 I cut the rounds into wedges, brushed the tops with egg white and sprinkled on sugar, said a prayer and popped them in the oven. 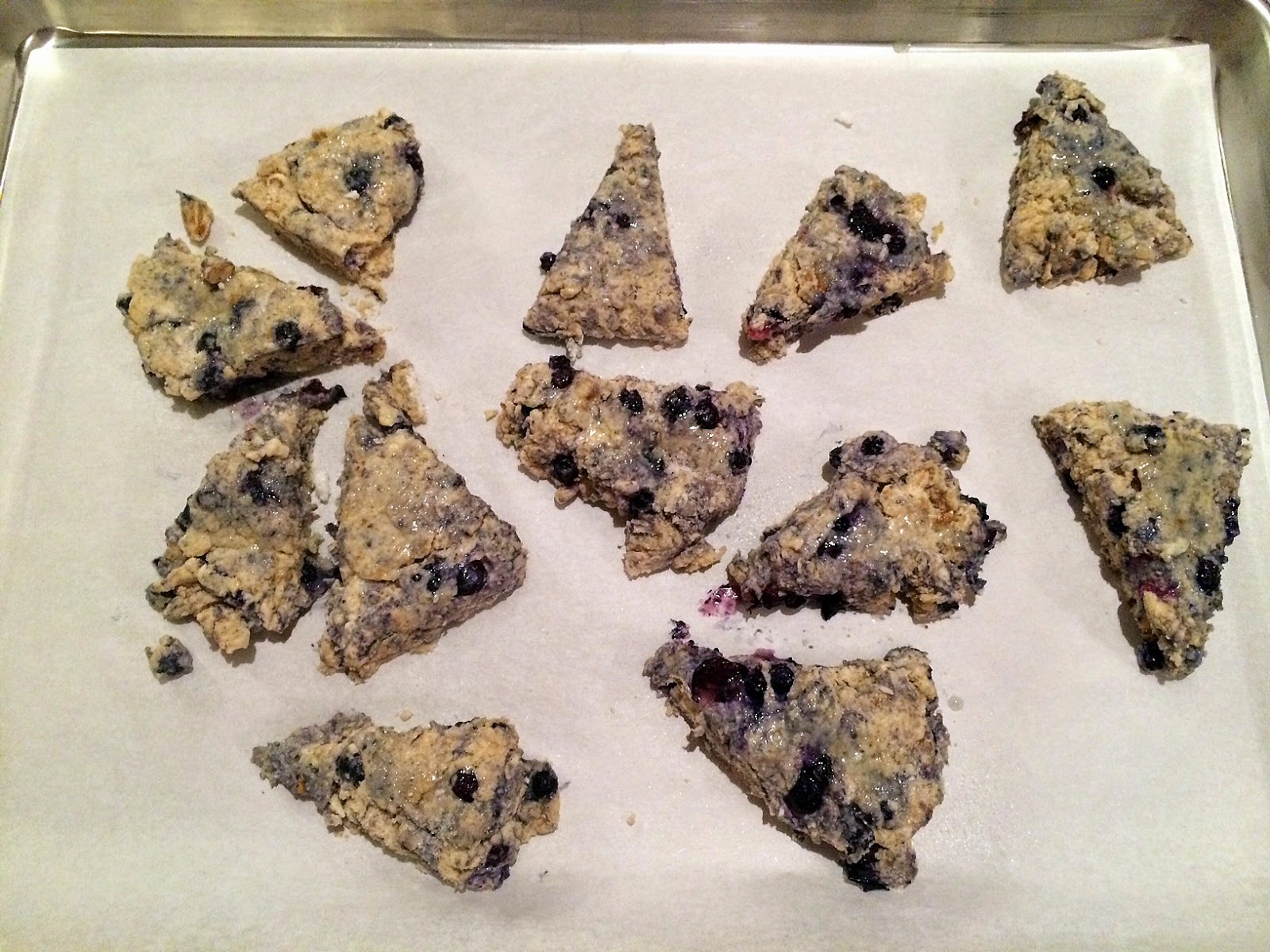 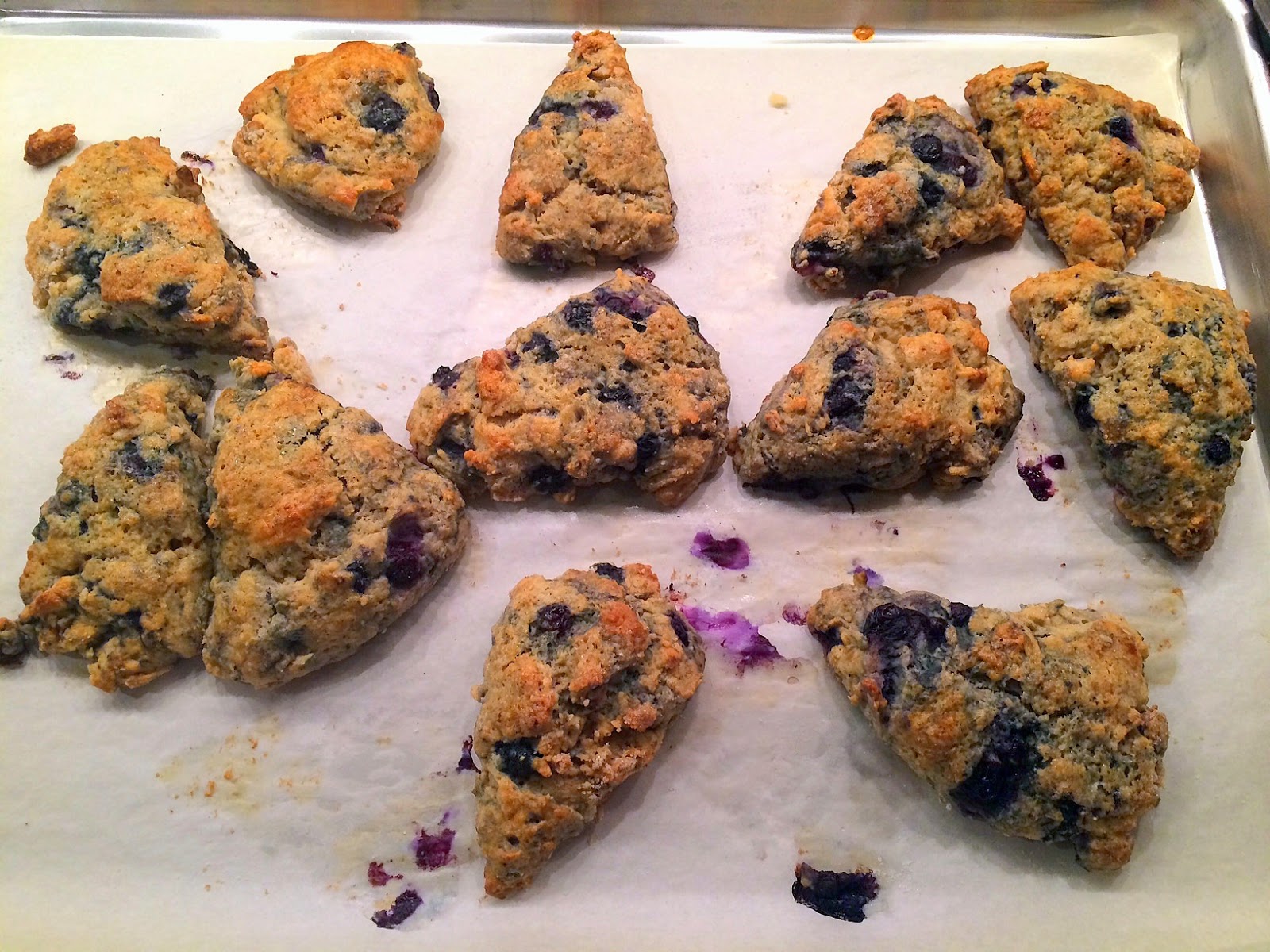 Production notes: I followed this recipe exactly as written. This would work better with the apricots or raisins -- I think the blueberries added too much moisture to the batter. 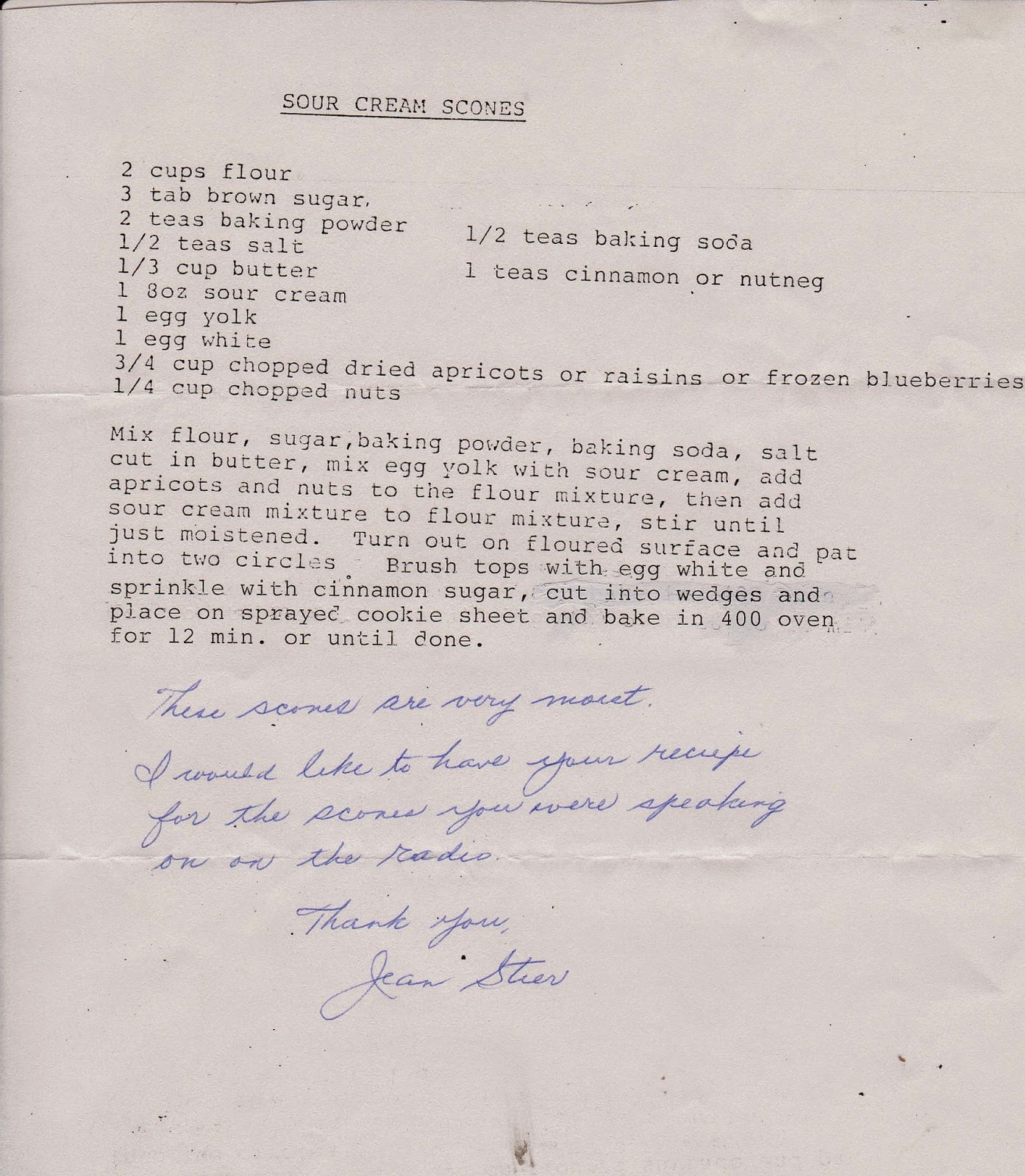 Below is the high tea birthday party. The birthday girl is on the right, smiling at the camera. 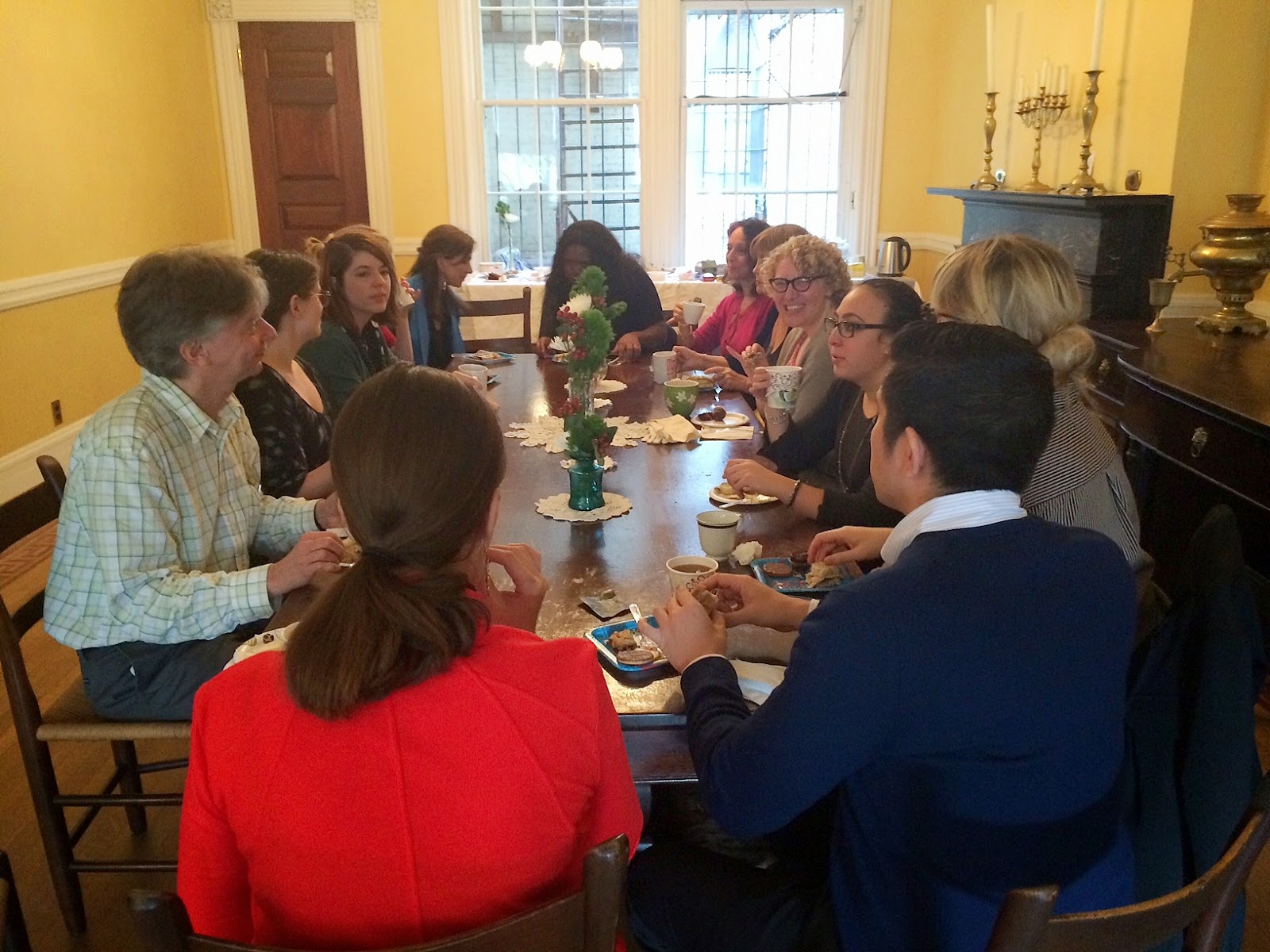 Pinkies in the air! 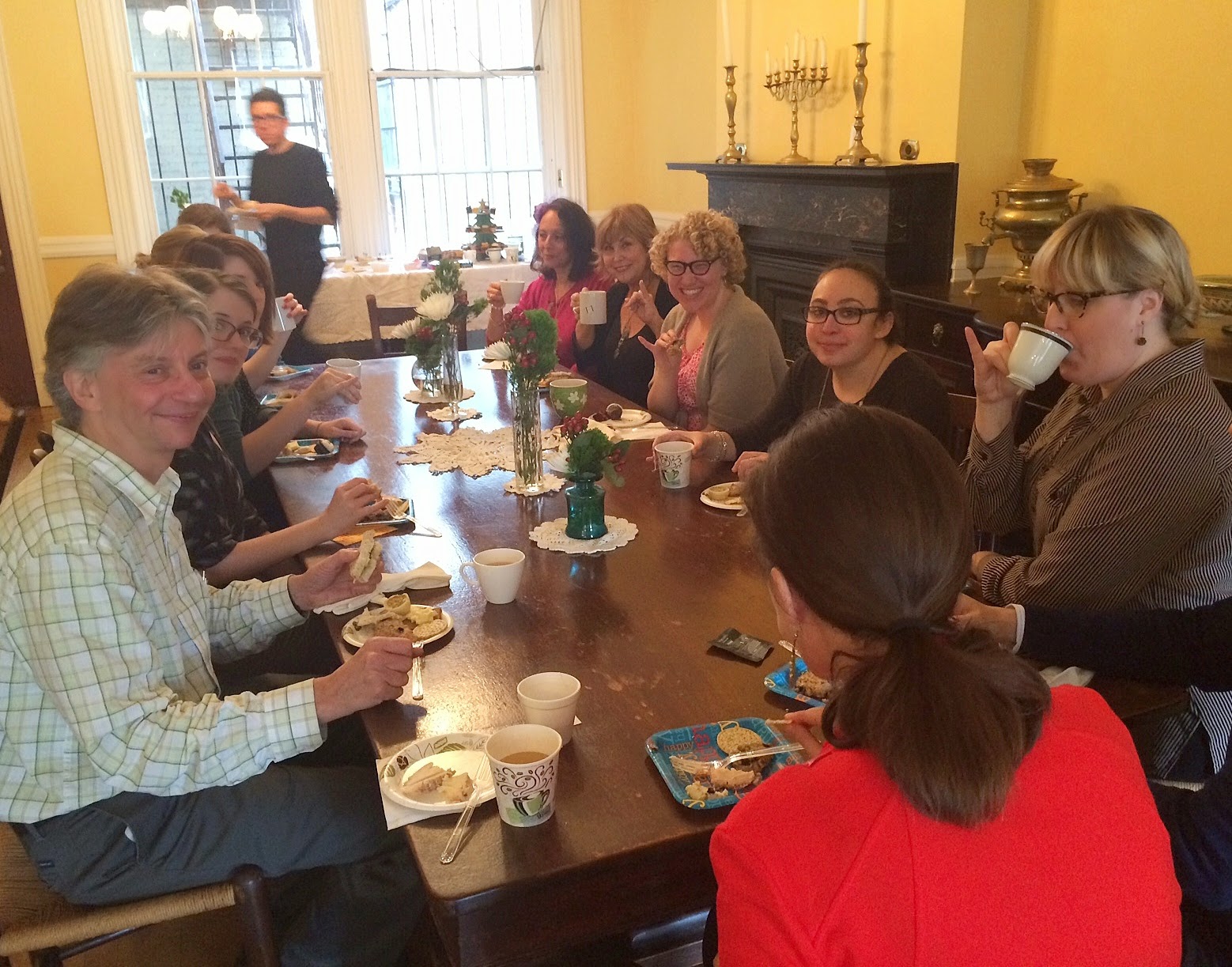