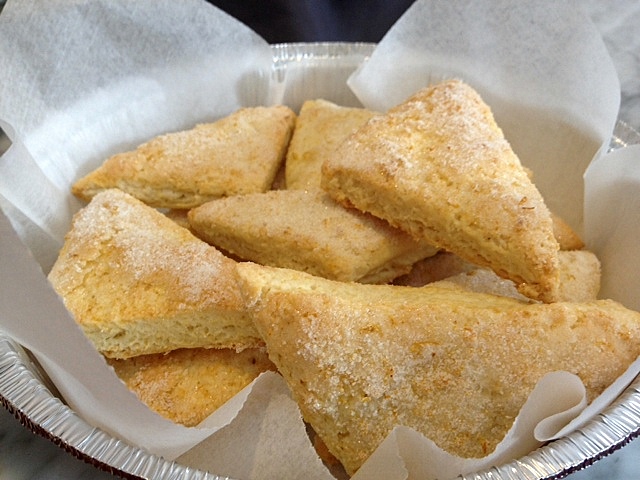 Can a scone effect change? I made these recently for the caregivers at the nursing home where my mother-in-law spent the final two weeks of her life. When Lucy was admitted to the home, her daughter quickly assessed the situation and asked that I bring baked goods for the staff, thinking that small acts of kindness (or sweetness) might translate into more attentive care.  I don't know if the brownies, cakes and cookies had their intended effect, but I hope that the joyful hugs of appreciation I received from the nurses were extended to Lucy each time they entered her room.

In general,  I am not a fan of scones -- so little butter! -- but once in a while, a well-restrained baked good can be a good thing. And unlike many scones I've known, these are, while not exactly bursting with moistness, not dry either.  Plus, they have cream and lemon, both promising ingredients in anything sweet or savory.

The carefully printed recipe card is probably from the mid-20th century, modern enough to have the method listed but old enough to simply say "hot" oven (which I took to mean 375 degrees).

The first order of business is cutting the butter into the flour, a task I always hated until I discovered the wonders of the food processor. 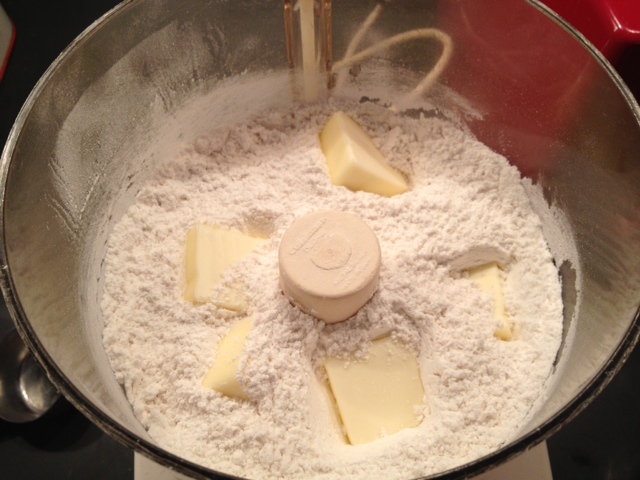 Mix the lemon zest with the sugar. 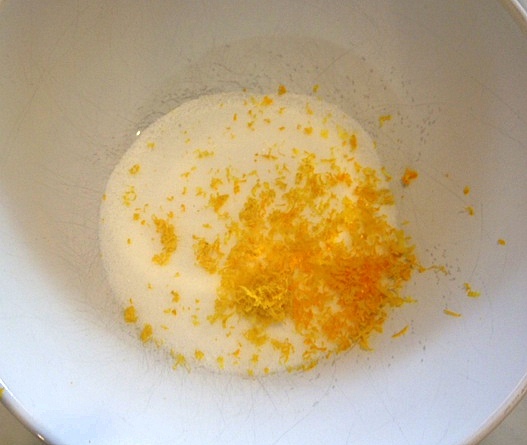 Mix the ingredients until all the flour is moistened. 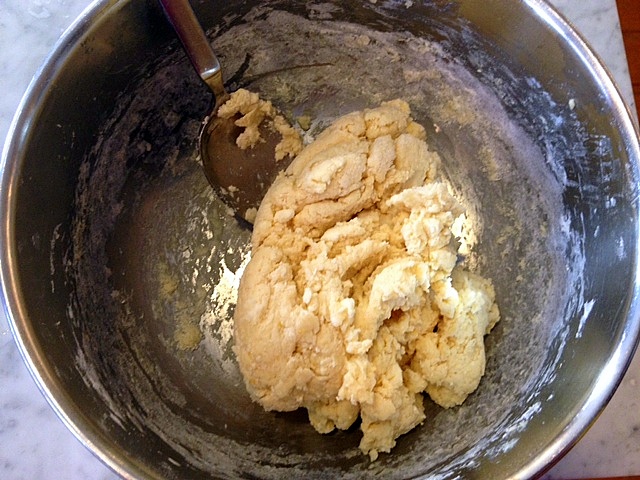 Roll the dough and cut into squares, and then triangles. (Love the illustration of this on the recipe card.) 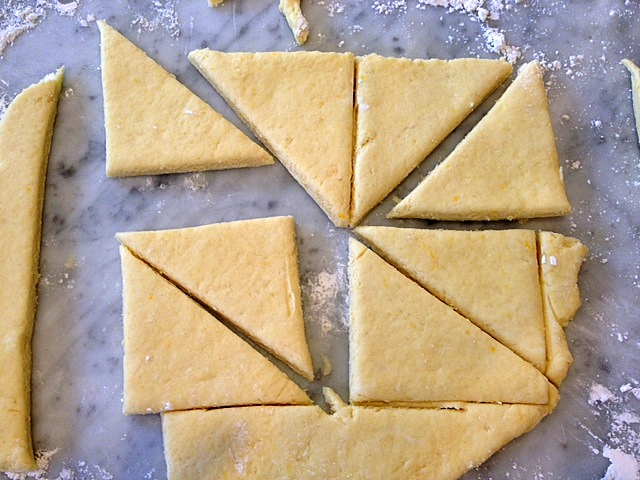 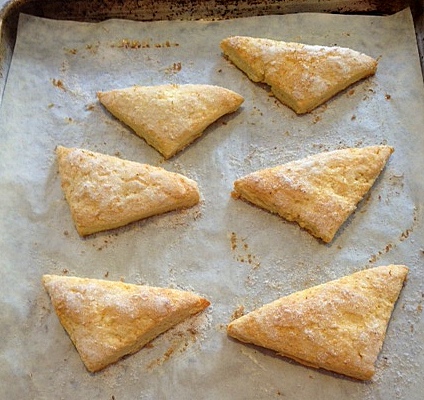 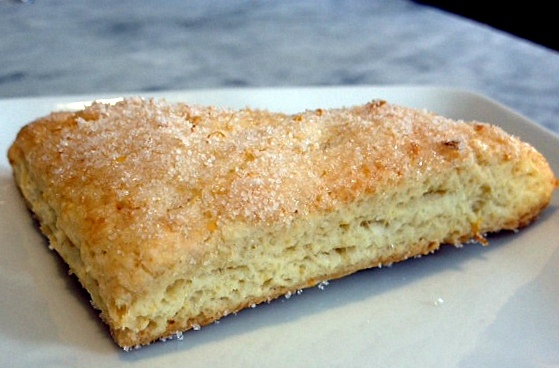 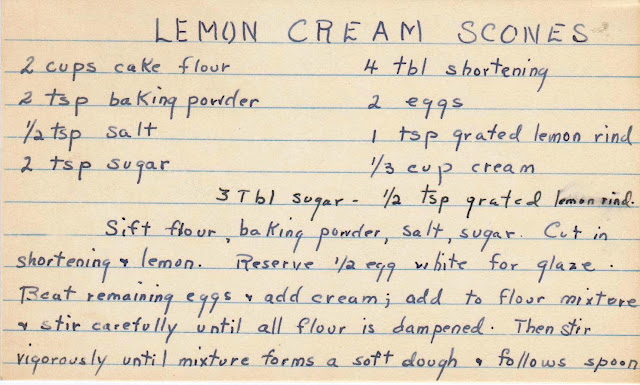 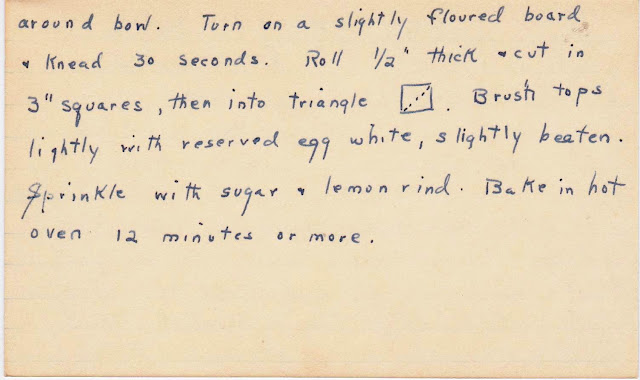