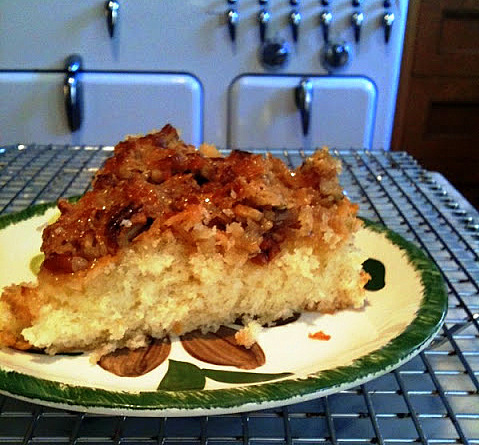 Three years ago today, I wrote this post about a cake I made for my mother-in-law.  Sadly, she died on Monday, so I'm reposting this in tribute to a wonderful mother, grandmother and true New York character.  Lucy -- you will be missed.

Born in a tenement on Mott Street in Manhattan's Little Italy, and raised in another in East Harlem, Lucy grew up in a large family whose matriarch cooked enormous Italian meals from scratch.

When Lucy went on to have her own family, she did not carry on that tradition.  She raised three fabulous children (one of whom I married) but none will remember her for her culinary skills.  My husband jokes that even today, at age 83, her diet is similar to that of our 20-year-old son:  fast food, anything fried, and anything sweet. And she is no locovore. The further the food is from its source the better -- she recently gave me a dozen eggs that were purchased directly from a farmer, saying she preferred to get hers from the supermarket.

Last week, short on time before our visit, I whipped up a Kitchenette Cake, a simple one-egg cake with a broiled icing.  The recipe, originally from 1890, was updated to 1955 standards in the Gold Medal Jubilee cook pamphlet, "A treasury of favorite recipes modernized by Betty Crocker."  It's a delicious cake; DH says it's his favorite (but he says everything is his favorite). While I normally follow these old recipes to the letter, I cheated on this one.  Knowing Lucy would love more sweetness and more of a "candy" topping, I embellished the broiled icing with extra butter, sugar, nuts and coconut.  Both she, and her companion Perdy (she's perdy good, says the DH) enjoyed the cake.

I'm happy to report that Lucy (pictured below, in the 1970s) recovered from that bout of illness, and went on to enjoy nearly three years of good health before she passed. 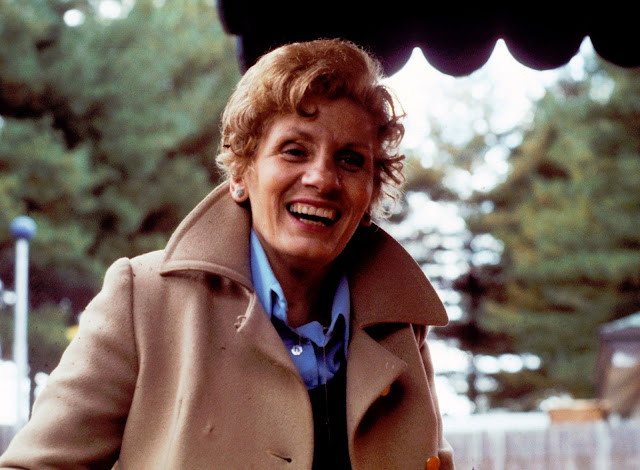 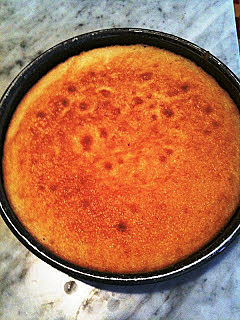