I feel bad about my bread pudding* 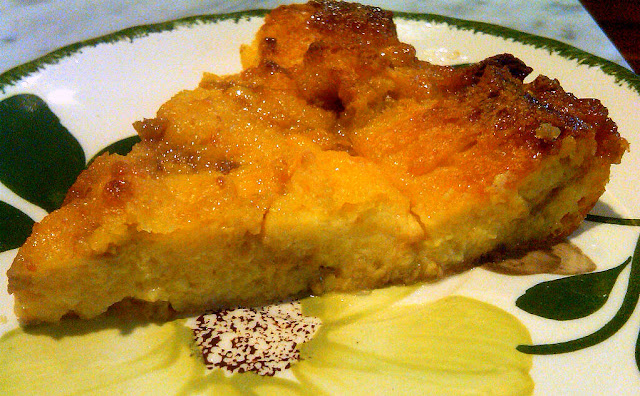 Doesn't Caramel Bread Pudding sound divine?  It conjures up images of a warm rich custard with the complex flavor of burnt sugar caramel sauce.  Plus, because it's cooked on the stove (and not in the oven), I thought it would be perfect.  Except it wasn't.  Not quite a disaster, but certainly not the spectacular domed dessert I imagined.

I started with a store-bought sliced white bread. 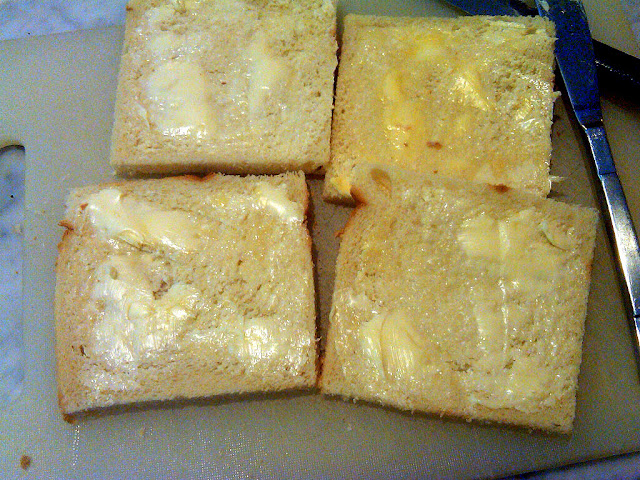 The custard is made with eggs and milk.  Brown sugar is placed at the bottom of the bowl, followed by the bread cubes and then the custard is poured over it. 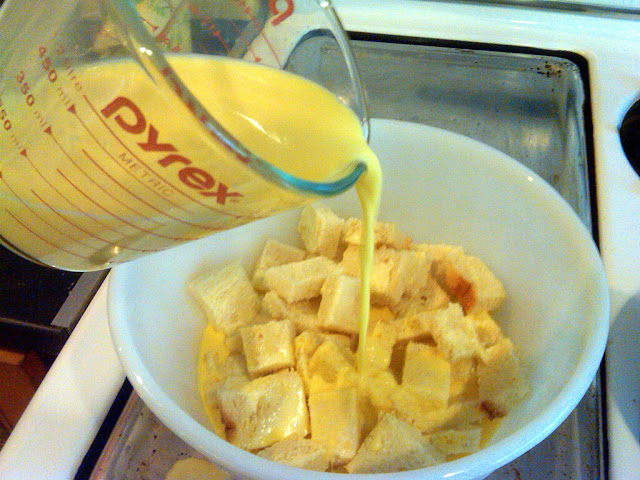 The recipe calls for this to be made in a double boiler, only I don't have one.  So I improvised with this vintage Fire King bowl, thinking that when the pudding was cooked, I would invert it and have a gorgeous domed dessert enrobed with a caramel sauce. 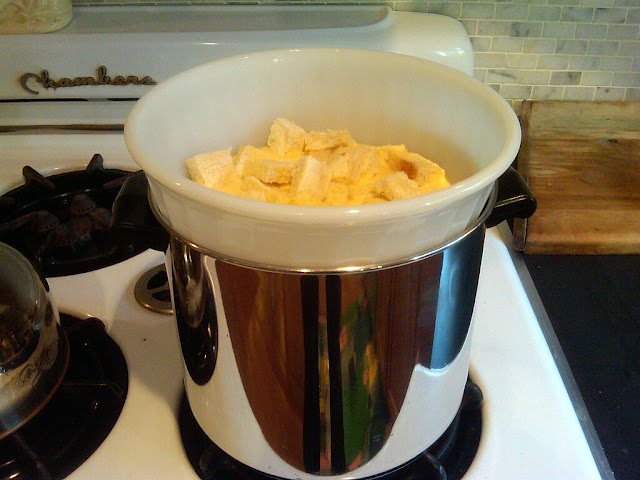 But this is what I got instead.  Perhaps I didn't cook it long enough or needed a real double-boiler. 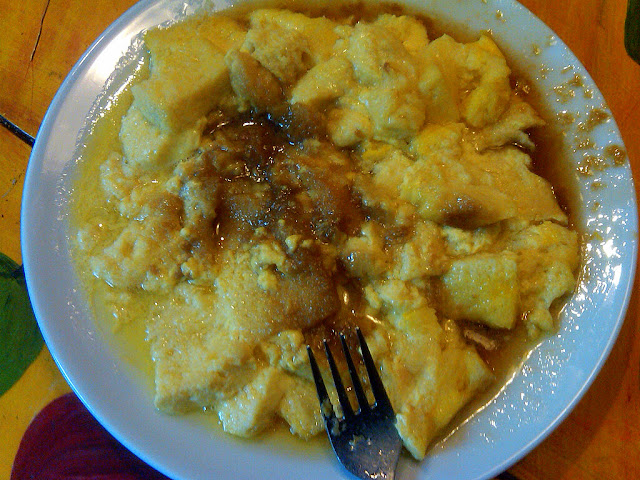 Reluctant to toss all this potentially good stuff, I scooped it into a pie plate and baked it until the top was caramelized.  The result is below.  Not exactly what I had in mind, and no one will want to have what I'm having, but pretty tasty after all. 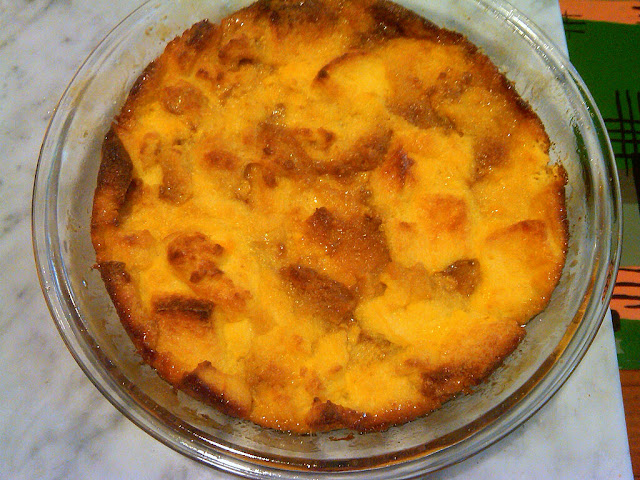 There's a lot of potential in this recipe, so if anyone wants to give it a go... 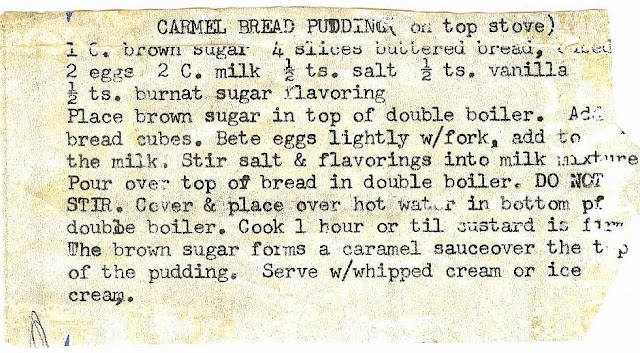 *Like everyone else in the world (except my friend Jay who just didn't "get" her), I will miss Nora Ephron, a fabulous writer, director, cook and more.  You can read here about her star-studded memorial service which was held yesterday in Manhattan.  (Jay would want you to know that, although he wasn't invited, he happened to be in the neighborhood and was thrilled to see Lauren Bacall enter the venue.)
Posted by Susan at 2:41 PM