The Elements of [Cake] Style 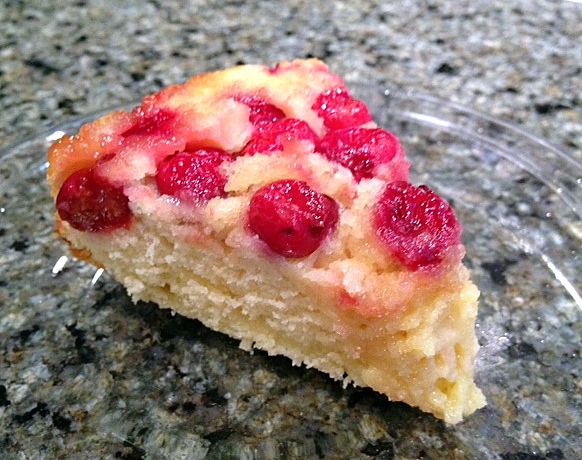 Are you interested in a simple and delicious yellow cake recipe that can be used to make Boston Cream Pie, coffee cake, fruit cobbler and more? Then pull up your chair.

This cake, while delicious on its own,  is meant to be a building block for a dessert, where it can play a starring or a supporting role.  (It's the culinary equivalent of those women's magazine features, the ones that show you how to get 45 different looks with just seven basic garments.)

How do I know this?  For one, the recipe is called Cake.  Just Cake.  And check out the back of the recipe card, where Mrs. Belle De Graffe, the recipe's author, provides "Suggestions for the use of this cake." 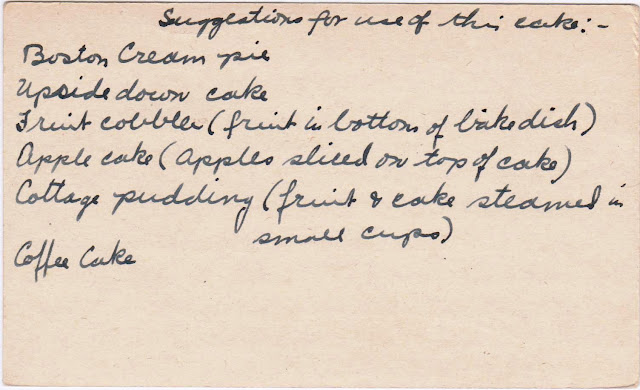 Because I had  fresh sour cherries on hand, the last of this year's harvest, I chose to make an upside down cake, but I imagine this versatile recipe would be equally delicious in any of the suggested applications.

And, it's nearly foolproof.  You can see below how I forgot to add the baking powder until the very end (it should have been incorporated much earlier, with the flour), and it still worked beautifully. 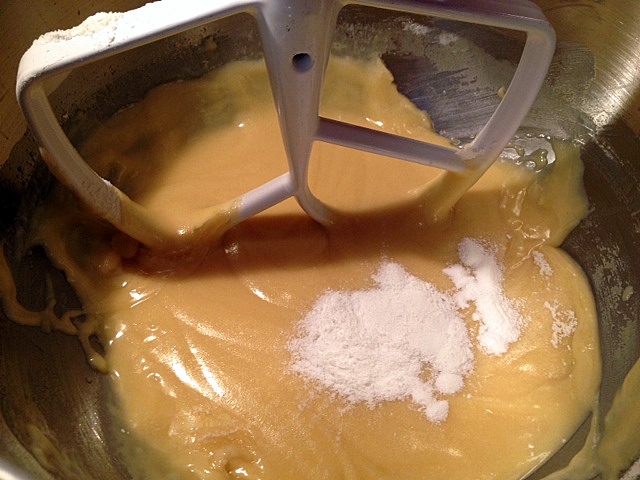 Upside down cake is normally made with fruit at the bottom of the pan, along with sugar and butter, so I liberally added some brown and white sugar and plenty of butter, scattered over the fruit.  And then to be sure, I added some more.  (I did not photograph this particular indulgence, just the pristine cherries, below.) 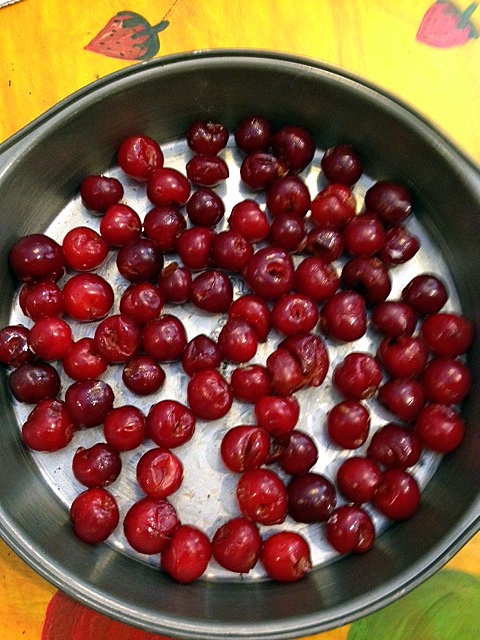 Next, I mixed the batter and poured it over the fruit (and butter/sugar) mixture, spreading it with a spatula to cover.  I used an eight-inch pan, but a nine- or ten-inch one would have better accommodated the amount of batter. 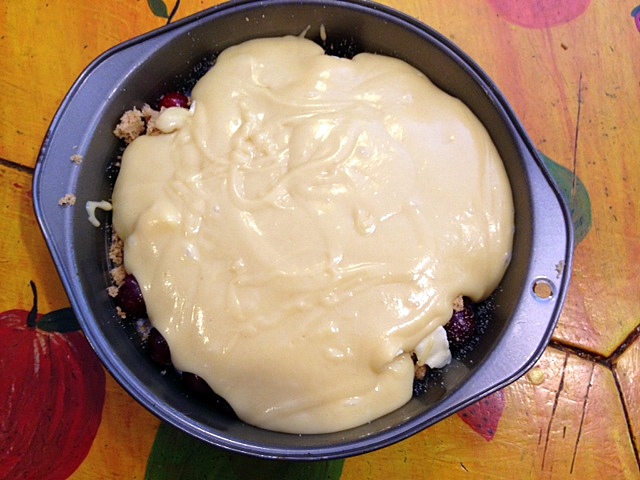 This cake should have been left in the oven a bit longer.  But we were late visiting our friends and I had no choice but to pull it from the oven. 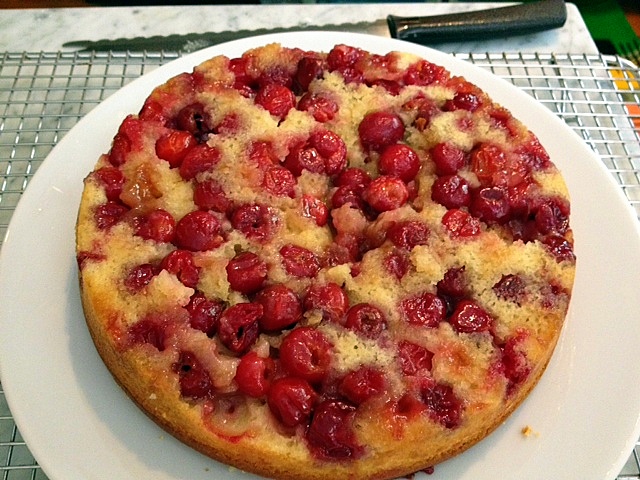 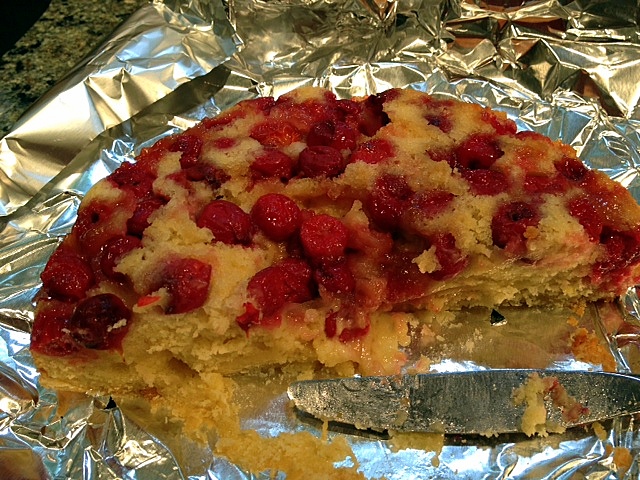 But despite what I thought was an underdone cake, friends Karin and Jim raved about it, especially Karin.  Well, it certainly was moist. 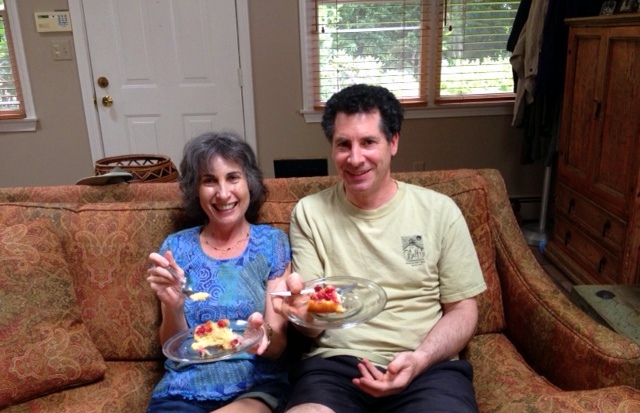 It didn't hurt that we enjoyed the cake with some fresh watermelon margaritas by their pool, courtesy of expert mixologist Jim. 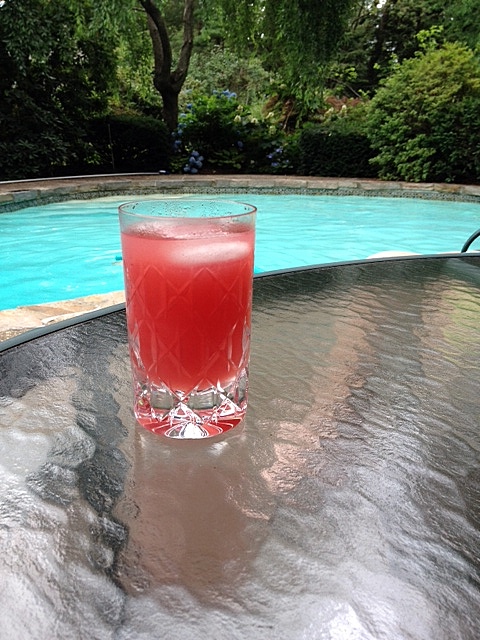 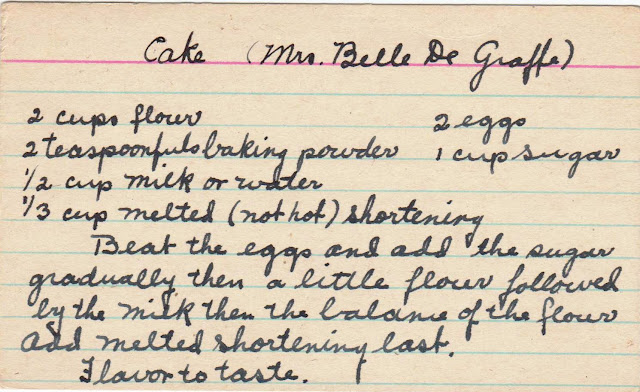