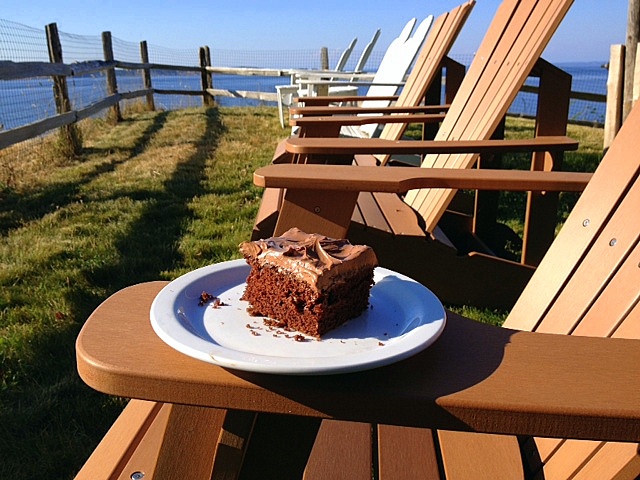 Cooking in a rental house can be challenging, as in, why isn't there a ten-inch saute pan anywhere, but it can also be one of life's pleasures, involving creative compromise, enterprise and experimentation.*  On a recent family vacation to Orcas Island in Washington State, I upped the ante by not only cooking nearly all our meals, but also baking a chocolate cake.  The local vintage recipe, "Mrs. Mary Dow's Dark Cake," was in Faith, Food and Fond Memories, the Orcas Island Community Church Centennial Cookbook 1884-1984 that I purchased at the nearby town's only antique store.

I chose that recipe because its ingredient list included staples I'd already bought, including the most delicious fresh milk (see how the cream has risen to the top?) at Coffelt Farm and fresh eggs from Once in a Blue Moon Farm whose yolks were deep yellow. 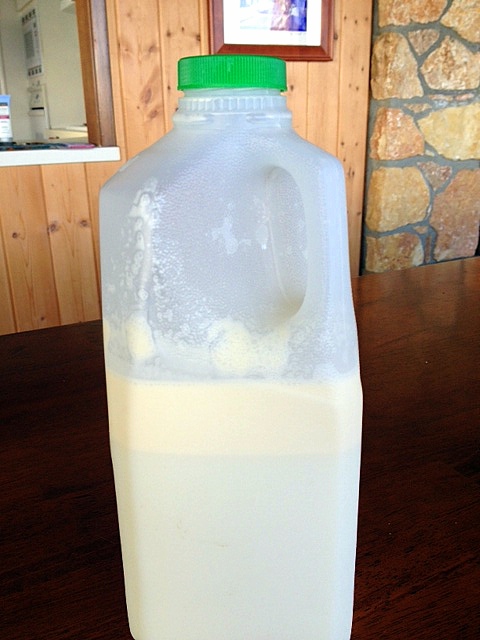 Begin the recipe by "measuring" the butter so that it's the size of an egg. 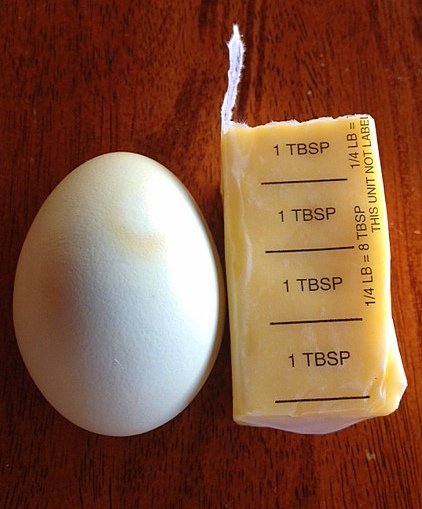 Put the rest of the ingredients together. 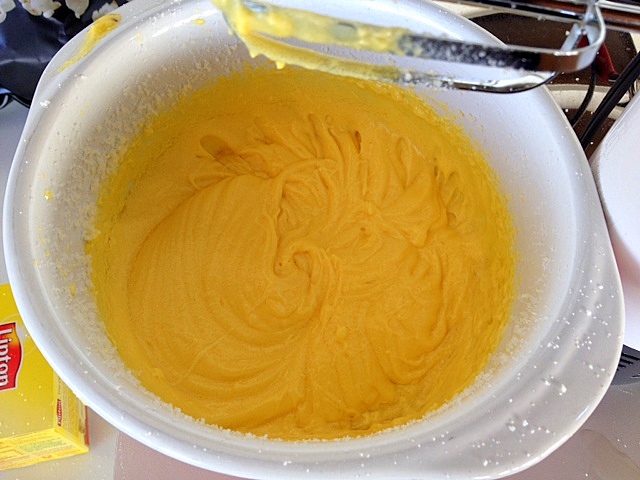 And add the melted chocolate. 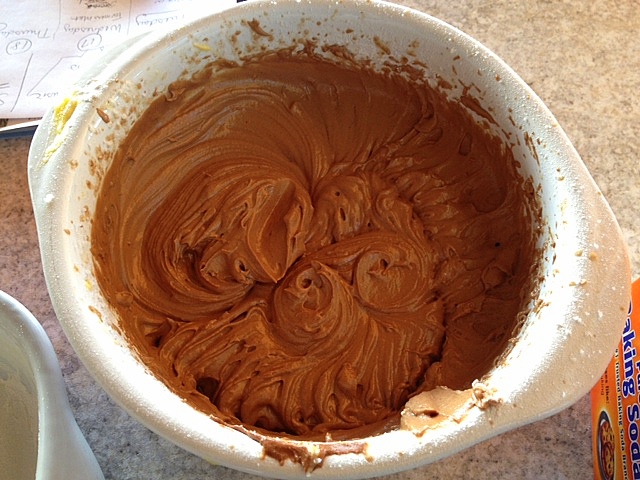 The recipes says to beat the batter well -- "The more it is beaten, the better it is."  I didn't do this, as overbeating usually results in a tough cake texture.  (But, in an attempt to follow the recipe instructions, I did beat it a bit more than normal.)  The batter will be very thick.  Spoon into the prepared pan (the closest you have to 9 x 13 inches) and smooth the top. Bake in a 350F oven. 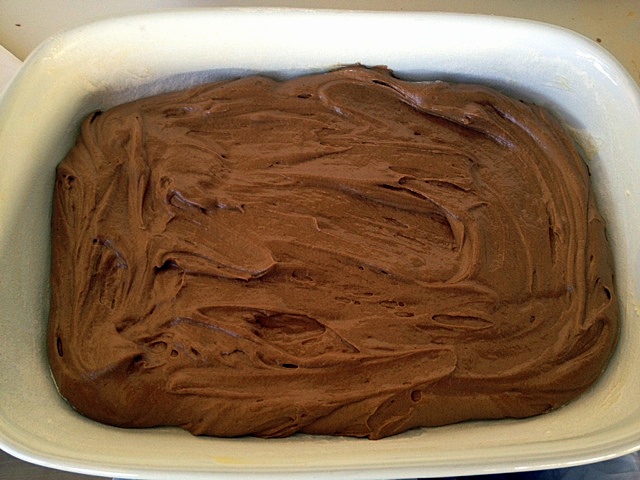 Remove from the oven and, when cool, frost with any chocolate frosting.  (I used a modern chocolate buttercream I found on the internet, as the vintage cookbook didn't have any.) 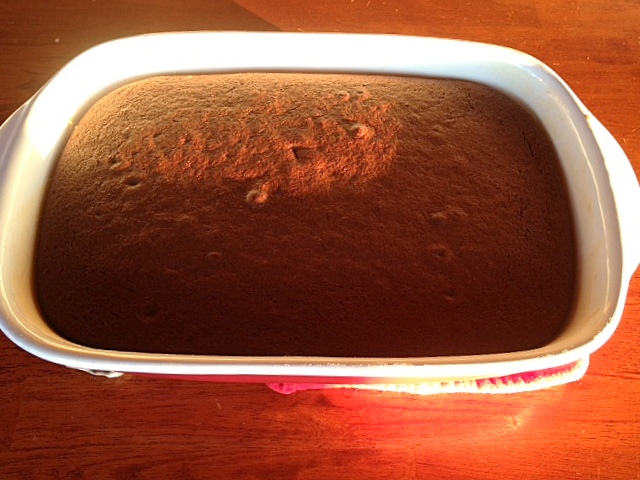 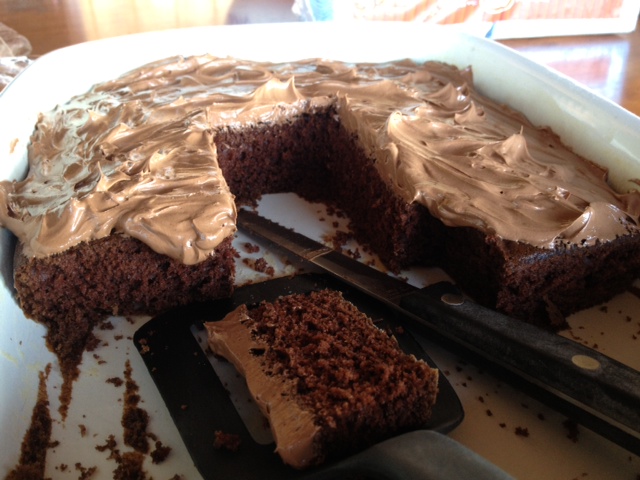 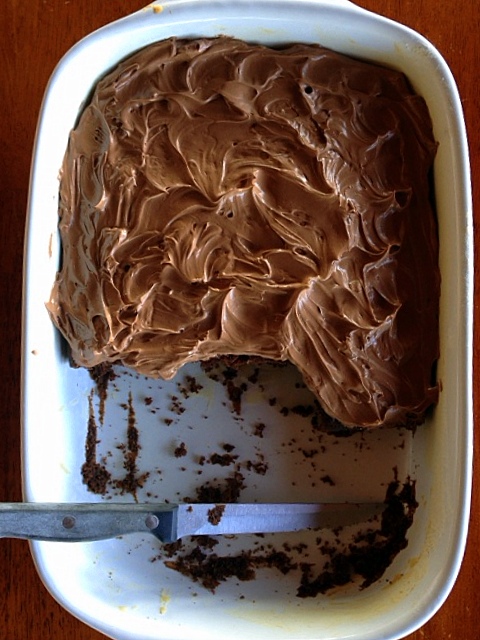 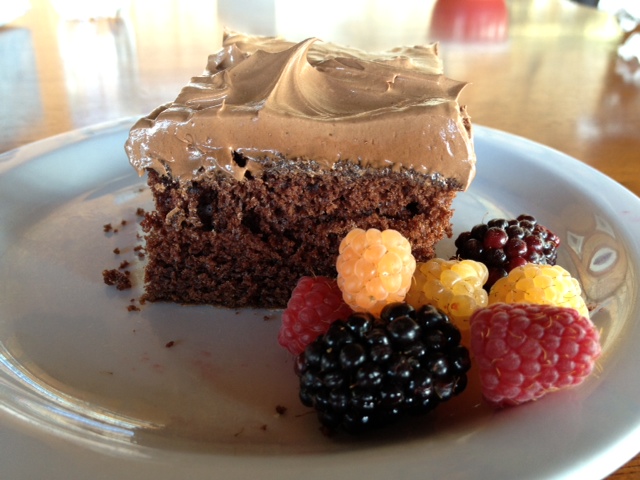 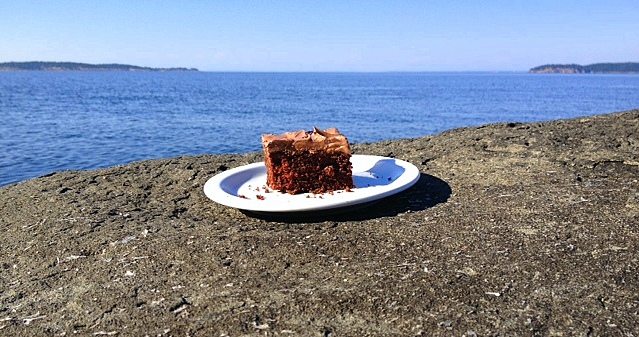 Our rental house, and some of its temporary occupants. 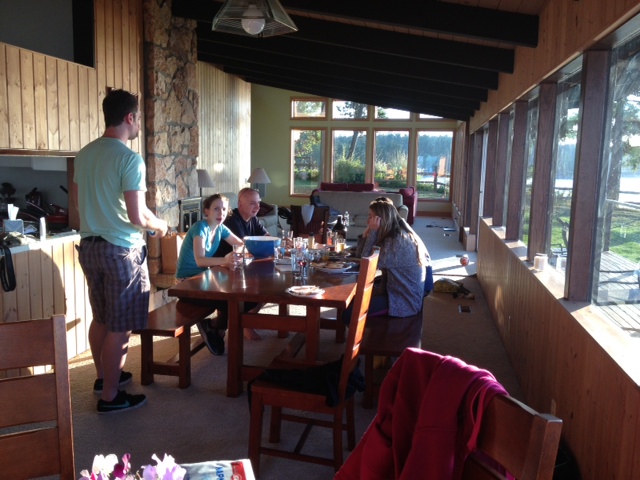 *For more about rental house cooking, read this great article by Melissa Clark in The New York Times.
Posted by Susan at 10:01 PM

Email ThisBlogThis!Share to TwitterShare to FacebookShare to Pinterest
Labels: chocolate cake, Coffelt Farm, Once in a Blue Moon, Orcas Island