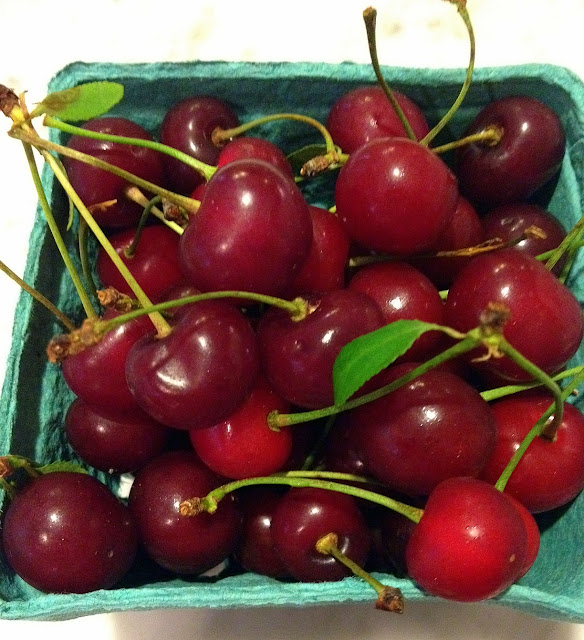 I simply could not resist the rare sour cherries at the farmer's market on Saturday and, having purchased two boxes, I began a search for vintage recipes (a process which involves carpeting my dining table with hundreds of recipe cards).  These tart cherries (in season for just five minutes each year) shine in baked goods; eating them out of hand, well, not so much.

Luckily, I found two intriguing recipes and so, just in time for July 4th, I present the first: Cherrie Delight.  Yes, I realize that the author, one Charlotte M. Swanson, misspelled cherry, but she typed this card way before the advent of personal computers and its wonderful sidekick, spell check.

This is an absolutely delicious dessert, though not sure if it's a cookie or a cake.  But it is, as the recipe promises, a delight. 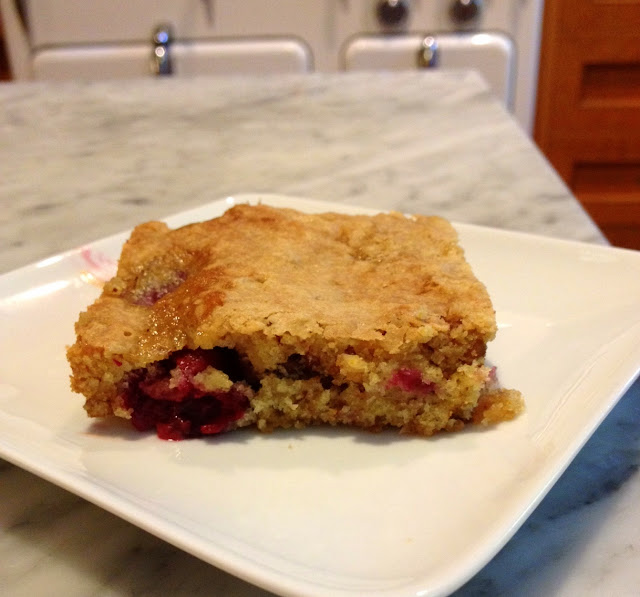 The real work in making these is pitting the cherries, a messy task made much easier with a high quality cherry pitter. Though I typically eschew kitchen tools used only for a single esoteric purpose, I make an exception for this device. 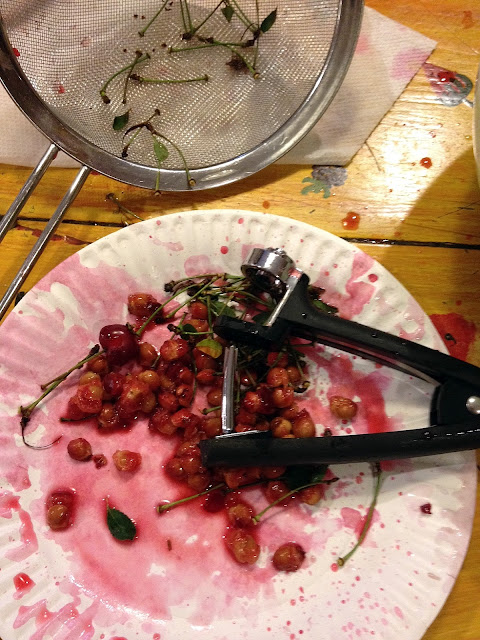 After the batter is made, add in the good stuff -- the cherries and nuts -- with an old-fashioned wood spoon. 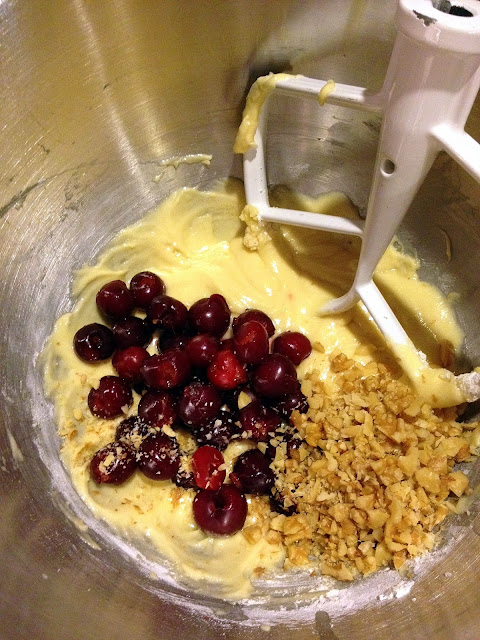 Pour into an 8 x 8 inch pan, which you've greased and floured.  I neglected to flour the pan and struggled to release the cake. 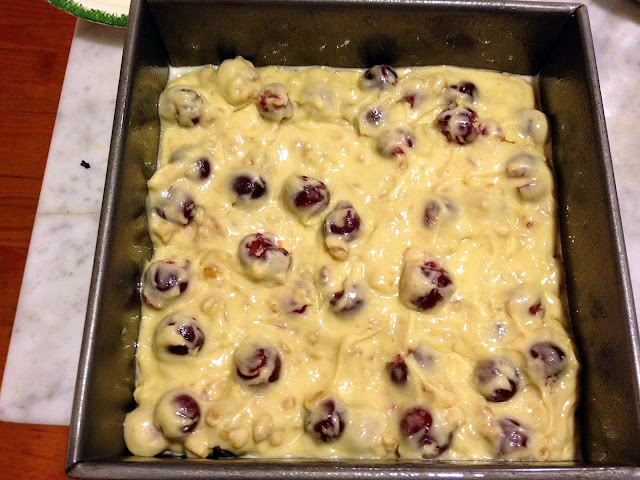 Bake until the top is a lovely golden color and a toothpick inserted in the center comes out clean. 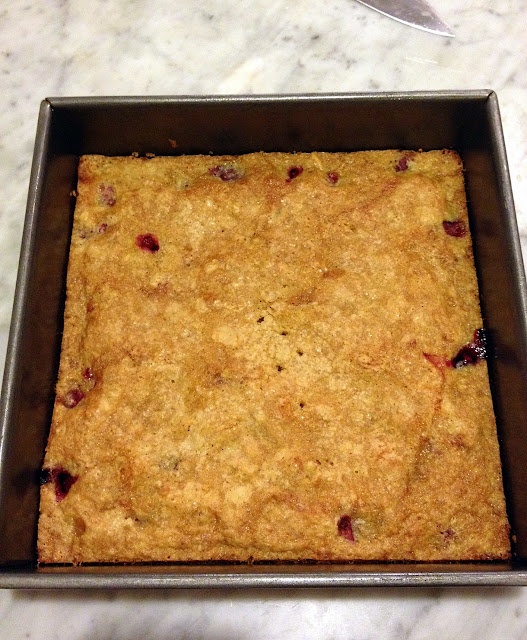 Here's the recipe below.  While I normally follow these recipes exactly, I did make some changes on this one.
I increased the butter to four tablespoons, as one teaspoon (a tiny amount) seemed like a typo.
I did not add the cherries until the end -- adding them before the flour would crush them, I feared.
Dissolving the baking soda in warm water was de rigueur  before modern baking soda was perfected, but I still followed the instructions here, using about 1/3 cup of water.
Add the salt with the flour. 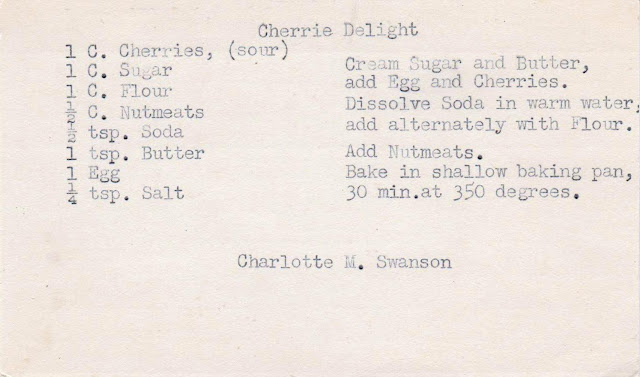 Since I have some pitted cherries left over, I hope to make a really unusual recipe tonight, Cherry Dumplings, if (and that's a big IF), I can crack the code on the very unclear instructions, and the DH will forgive me for lighting the oven when it's 90 degrees. Stay tuned. 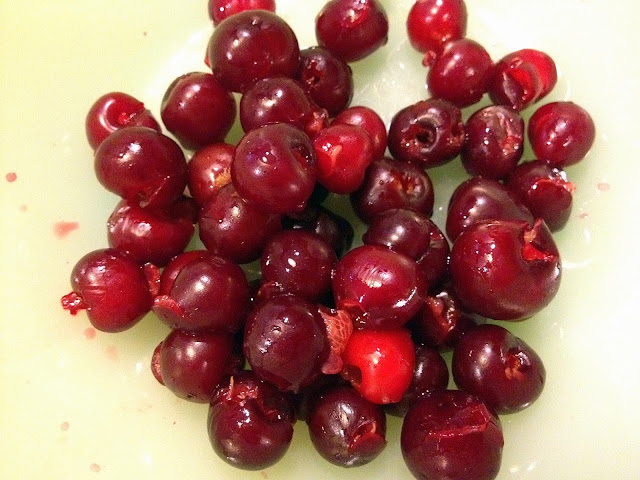