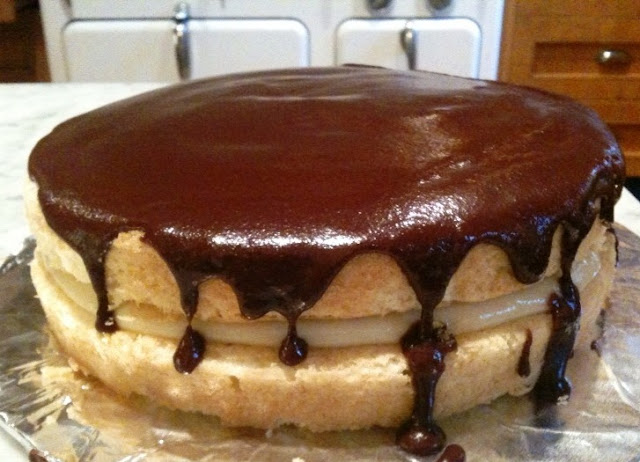 I've been jonesing for one of my childhood favorites, Boston cream pie, but hadn't come across a vintage recipe until last weekend when I picked up a copy of The Boston Cooking School Cook Book (1931) by Fannie Merritt Farmer at the always interesting P.S. 321 flea market in Park Slope.  (This particular book was given to "Beatrice from Helen Bishop" as an engagement gift in 1931, according to the cover and an inside inscription.) 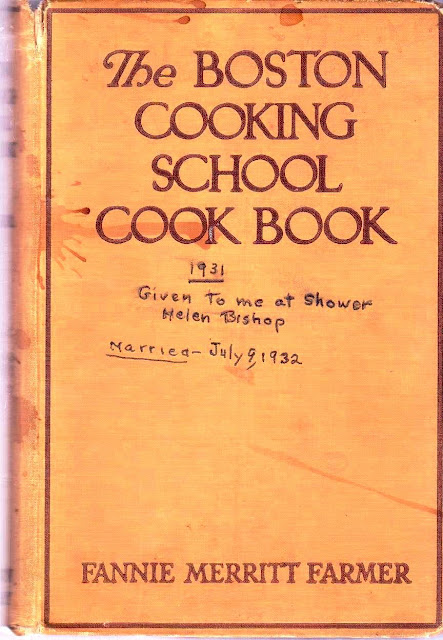 Boston cream pie is one of the few cakes my mother used to make though, like all her cakes, it came from Duncan Hines. She added her own touch by always put a marachino cherry on top. (Making scratch cakes is just one of my rebellious acts; marrying a non-Jew was another!)

As many already know, Boston cream pie is not a pie at all, but a two-layer cake filled with custard and covered with a chocolate glaze. I've included the 1931 recipe here (though not the method, which is on another page of the book -- if anyone's interested, let me know and I'll post that).

The cake itself was very, very good.  The custard was good (though not exceptional) and the chocolate glaze I wouldn't make again. Unlike more modern glazes (usually a combo of chocolate and cream or butter), this one called for making a sugar syrup (sugar and water), boiling it for five minutes and then pouring it over 1.5 ounces of melted chocolate.  The flavor was fine, but the glaze had a grainy texture and had to be spread at the perfect moment (which I missed) when the glaze was warm. My rarely used microwave came in handy for the careful reheating of the glaze.

Boston cream pie is attributed to French pastry chef Monsieur Sanzian who created it for Boston's Parker House Hotel (now the Omni Parker House Hotel).  It may have been called a pie because, in the mid 19th century, pie tins were more common than cake tins and the original version might have been baked in a pie tin. 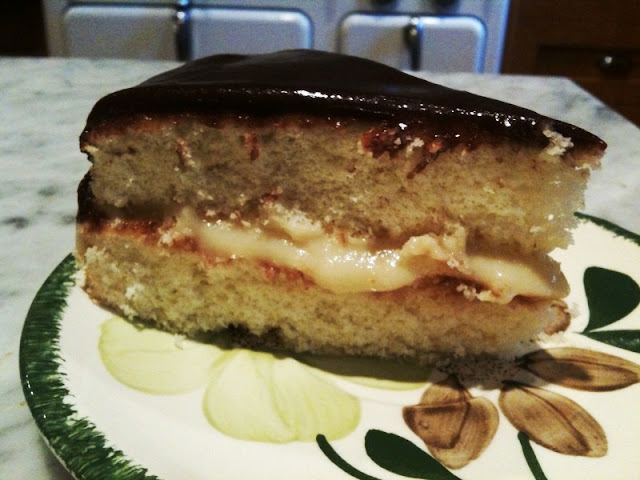 I certainly had my fill of Boston cream pie and so did DH (the cherry on top of my life) who said the slice I cut to photograph looked just like the ones he remembers from the Cardinal Hayes High School cafeteria.  High praise, indeed!

Earlier today, when I met my friend Judith, an ER nurse at New York Methodist Hospital, for lunch at the 7th Avenue Donut Shop, I felt compelled (for research purposes) to try a Boston cream donut. Really quite good, but nothing beats cake, especially one called a pie. 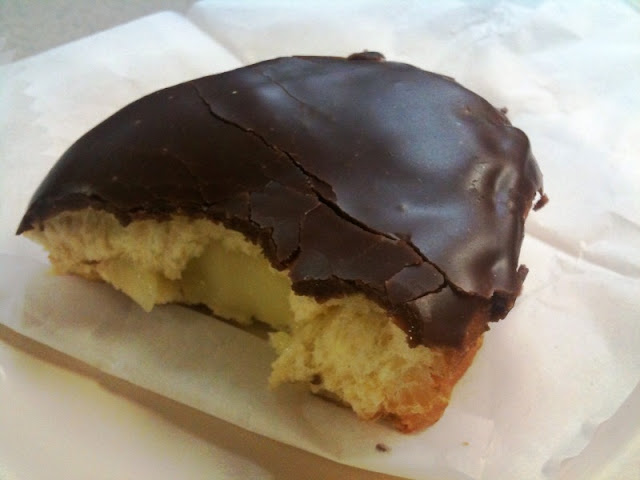