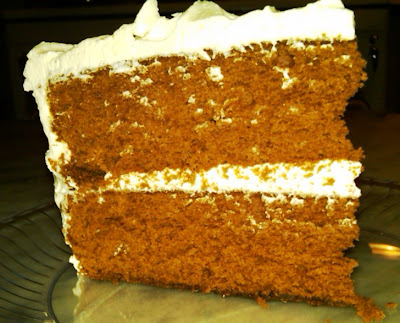 At my most recent dinner party, I made a chocolate layer cake just in case the main dessert, a cherry cheese pie, was a disaster.  It turned out that the "insurance" cake was, um, less well received than the riskier cheese pie.  Instead of the usual ooohs and aaaahs that I often hear when people eat cake, there was kind of a subdued response.

And I think I know why: This cakes tastes like 1941.  It's a simple cake. Very straightforward.  Not overly sweet.  A modest amount of fat.   And it lacks 21st century bells and whistles like caramelized grey sea salt folded into the frosting or harvested-at-midnight Tuscan raspberries with a glaze of cardamom scented praline dust. 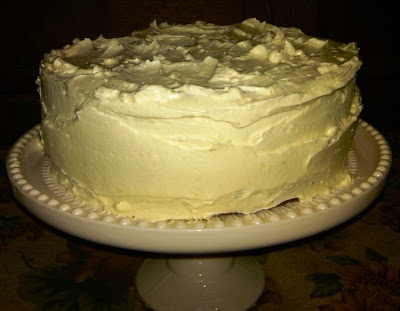 It's the kind of cake I imagine many a housewife served at church suppers, or perhaps at a birthday party.  Of course, back then 30 percent of Americans were not considered obese (as they are today) and a woman's size 14 dress in the 1940s is today's size 10.  So I guess they could have their cake and eat it too.  (And still fit into a size 10.)

The recipe, hand-written on a card in 1941, uses Spry -- a shortening  introduced in the late 1930s to compete with Crisco.  We all know who won that race.  I followed the recipe exactly, except I always use unsalted butter in place of Spry Crisco.  And for the chocolate, I used Sharfen Berger 99 percent, but even that nod to the 21st century didn't elevate the cake to modern standards.

Like many of the old recipe cards, this one is short on instruction.  I imagine it was written at a time when home bakers all shared a collective knowledge of baking.  If any reader bakes this cake, please note that you need to add about one cup of milk (not one tablespoon), and when alternating milk and flour, start and finish with the flour. 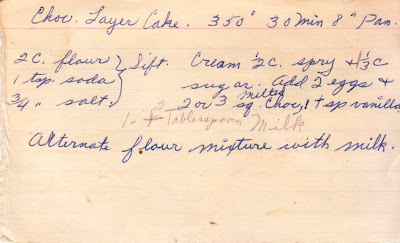