A few weeks ago, while at an antique mall in Akron (the spiritual home of A Cake Bakes in Brooklyn), I was lucky enough to find a metal recipe box that contained a few hand-written cards, several of them featuring just the kind of cake recipes that rock my boat. 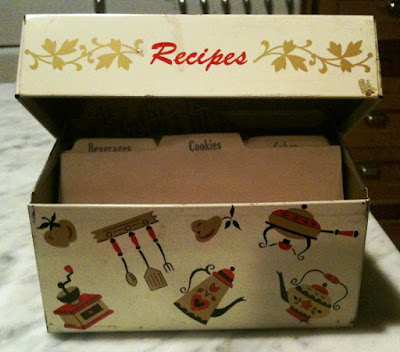 And so, at the risk of sending my mother into apoplectic shock at the thought of having her kitchen messed up, I plunged ahead.  (My mother, legendary for her obsessive cleaning, has been known to whisk coffee cups into the dishwasher the moment they're left on a table unattended for more than 20 seconds.)

It's hard to bake in someone else's kitchen, especially if it isn't well equipped.  At a garage sale, I bought two 9-inch round cake pans in excellent condition ($2 each!), and luckily I had purchased some cake flour at one of the bulk grocery stores that are found all over the Amish country, where I had spent the previous two days.  And for butter, I used the Amish butter that I had bought on a trip to Akron in May and forgot in my mother's freezer. 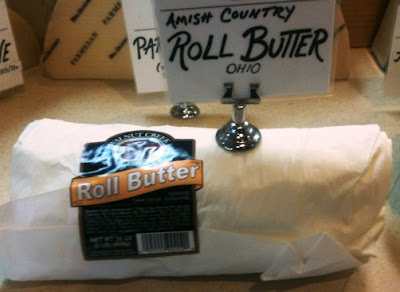 So, with all the logistical problems solved, I began baking.  I chose a Brown Sugar Cake from "Aunt E."  (This box has lots of interesting sounding recipes, "Doughnuts (Potato) and "Sweet Heart Dough Coffeecake."  Luckily my mother has a hand-mixer; I simply can't believe the strength and endurance required to mix cakes without this modern appliance. 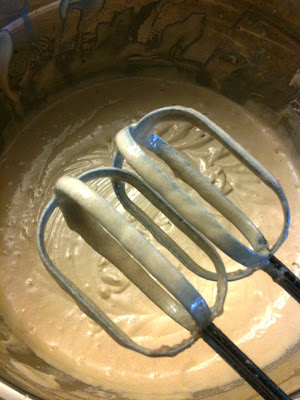 The cake was delicious -- a crumb so wonderful and delicate that I want to go back to that bulk food store and buy 20 pounds of that cake flour, which was called "white velvet" and whoever named it wasn't kidding.
The cake was very easy to make -- I certainly recommend it!

There were no frosting recipes in the metal box, so I decided to improvise, which turned out to be not such a good idea.  I mixed softened butter with confectioners sugar and beat away, adding a bit of milk.  I don't know exactly what happened, but it wasn't what I'd hoped for.  Not bad, just not that good.  What saved it was some unsweetened coconut flakes (also purchased at the bulk store), which I toasted in the oven and sprinkled on top.

My brother Steve and his wife Margaret (who many of you may recognize for her pithy comments on my blog) were also visiting my mother, and enjoyed the cake, as did my mother, who only asked me 24 times during the course of my cake making if I needed help cleaning the kitchen. 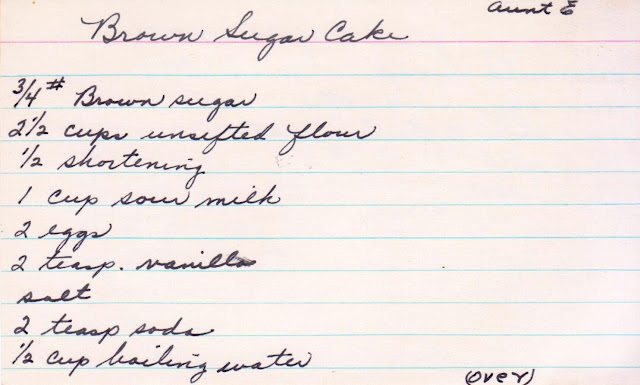 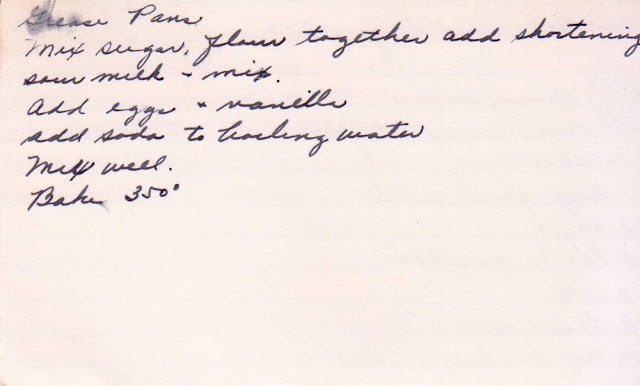