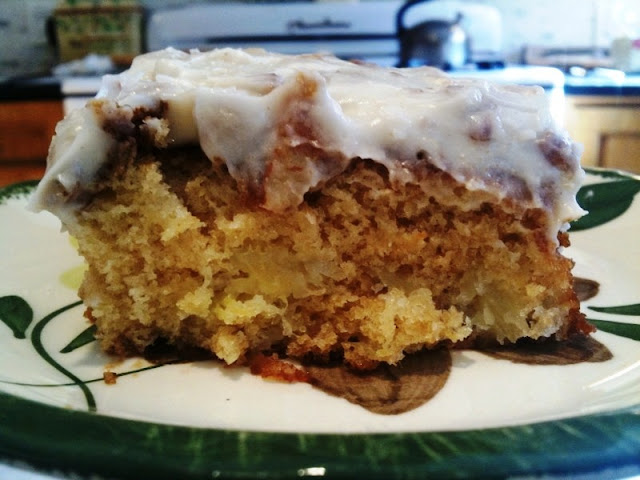 I was intrigued by the name of this recipe  -- what's a sheath got to do with a cake? -- so I decided to find out by baking it the morning News12 in Brooklyn came to do a story on the blog. This cake was so easy to put together that by the time reporter Heather Abraham knocked on my window (our doorbell was stolen -- don't ask!), the cake was already in the oven.  But luckily, I still had the frosting to make.

This cake recipe , probably from the 1950s, was in the Texas recipe box I purchased from eBay.  The most interesting thing about it besides its name (more on that later), is that there is no shortening or butter in the cake.  It's a precurser to that trend a few years ago when people were substituting applesauce and/or prune puree for butter in a misguided attempt to produce a guilt-free, fat-free dessert. 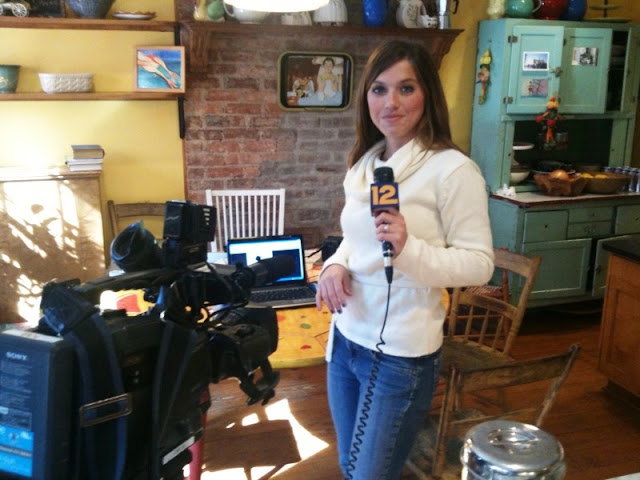 Still, it was a pretty tasty cake, was plenty moist and had the requisite creamy nutty topping that DH desires. And Heather (seen here reporting this breaking story) emailed me later that the cake she brought back to the station disappeared within minutes. (I didn't get too worked up about that. You see, DH is a journalist and, thanks to him, I realize they are akin to locusts and will eat virtually anything related to food -- especially if it's free and put in front of their faces.) 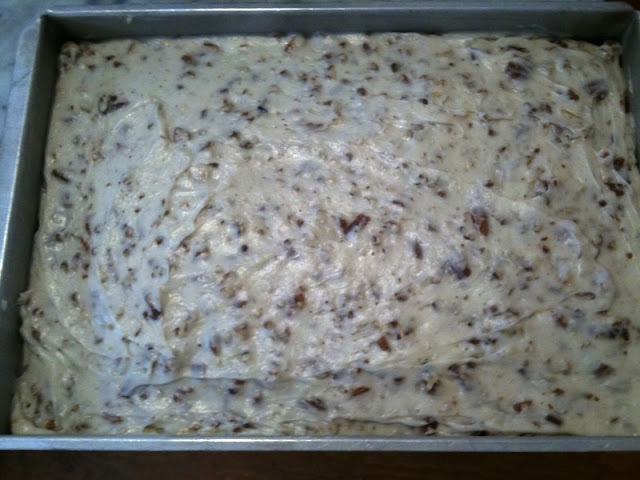 A bit of research revealed that the term sheath cake first appeared in the 1950s and that today most food historians believe that "sheath" is another pronounciation of sheet (which first appeared in the early 1900s).  Could it be a Texas malapropism or, as one source suggested, the pronounciation when people have poor fitting dentures?  Or as another suggested, perhaps the word "sheet" is "too close to something that can't be printed here."

There's something called Texas sheet cake, which would be called chocolate sheet cake in any other state, but this pineapple version (though it's from Texas) is something different altogether. 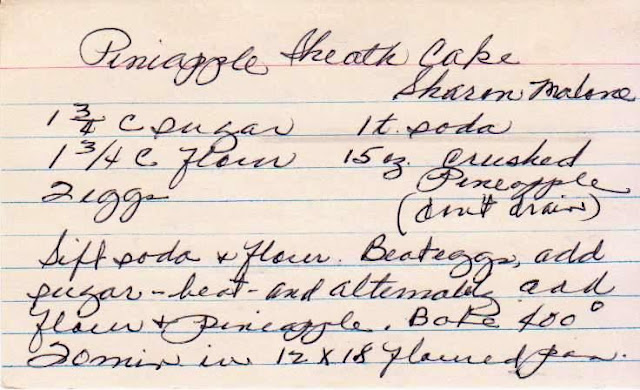 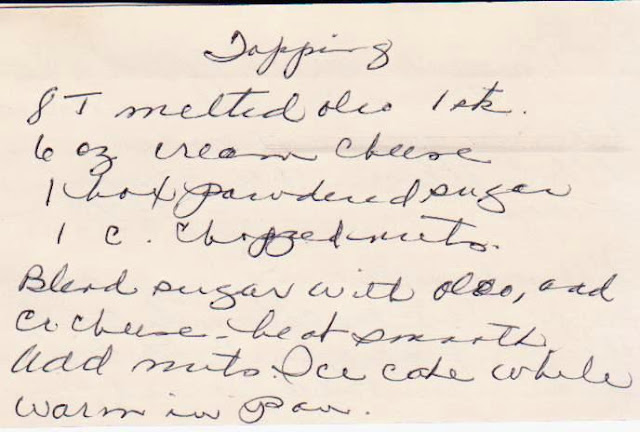