My First Time...And the Morning After 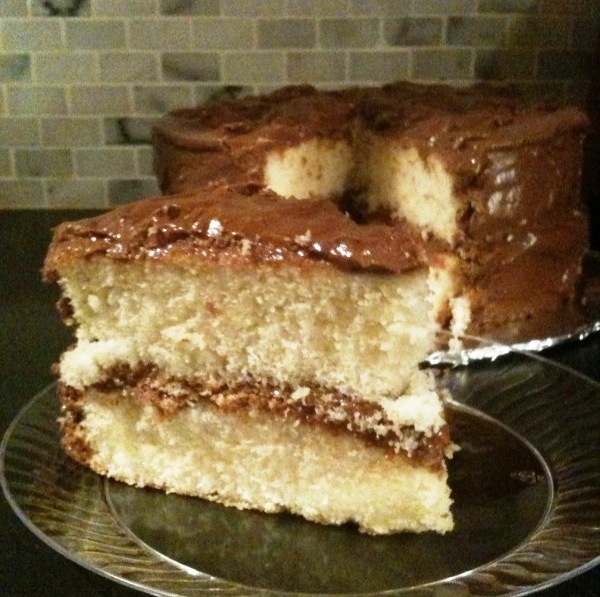 Despite years of baking cakes, I was a chiffon cake virgin.  I had never made one and wasn't even sure what chiffon cake was. But since we were having dinner guests on Saturday night, I thought, why not try something new?

Chiffon cake, I learned, was considered the first really new cake in 100 years when it was invented in 1927 by amateur baker Harry Baker (his real name), a Los Angeles salesman turned caterer.  He sold his cakes in Hollywood and they were the first dessert on the menu of the famed Brown Derby restaurant.

For nearly two decades Mr. Baker kept his recipe a secret until selling it for a reportedly large sum to General Mills.

With great fanfare, General Mills released the secret recipe (i.e., Betty Crocker "gave the secret to the women in America") in the May 1948 issue of Better Homes and Gardens, and it took the country by storm.

Indeed, in one recipe box in my collection there are no less than six chiffon cake recipes: party chiffon, chocolate chiffon, lovelight chiffon banana layer cake, maple nut chiffon, chiffon peanut butter layer cake, and the one I made: lovelight yellow chiffon cake. Turns out that General Mills had sponsored chiffon cake contests in the 1950s, inviting people to suggest different flavors and variations, and otherwise heavily promoted the cake (along with two of its products needed for the cake: Softasilk cake flour and Wesson oil.)

So, what's the big secret?  It's simply replacing the shortening (butter or Spry or Crisco) with vegetable oil, considered pretty revolutionary back then, I guess. It also calls for making a meringue (whipped sugar and egg whites) and folding it into the batter (pictured below). 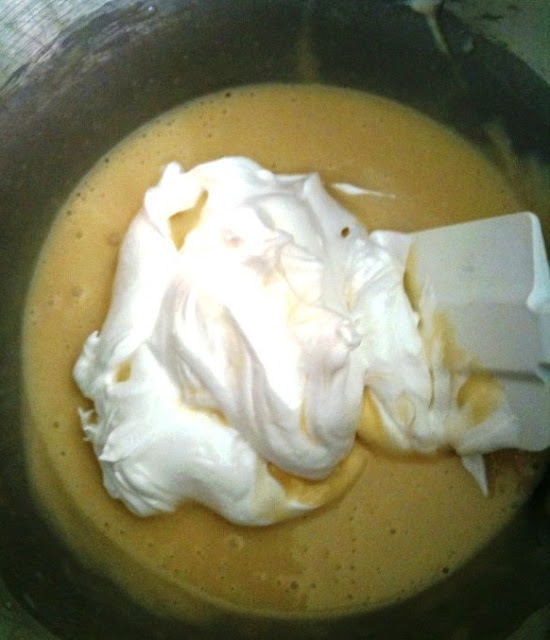 Chiffon cakes all somewhere between butter cakes and sponge cakes (which, like angel food cakes, have no fat) on the cake spectrum.

So the verdict on the lovelight yellow chiffon cake?  Alan and Racine (pictured below), our dinner guests, had seconds. DH, as always, only really liked the frosting (a chocolate mocha from Mrs. Osborn's Cakes of Quality).  I thought the cake was light in texture and, unfortunately, a bit light on flavor. 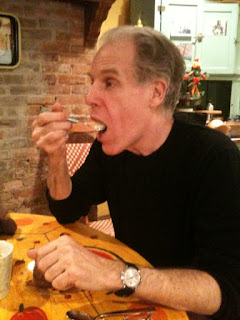 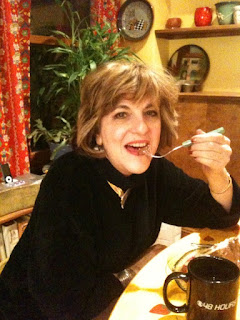 But that brings me to the morning after, when I developed a new love for lovelight yellow chiffon cake and ate slice after delicious slice.  It seems that this one is better when it's not just out of the oven.  In fact, in a one-week cake decorating class I took from the fabulously talented Toba Garrett, she told us that her go-to buttermilk cake tastes better the day (or days) after it's baked, when the flavors develop and meld.  I always knew soups and stews benefited from age, but cakes?  Who knew? 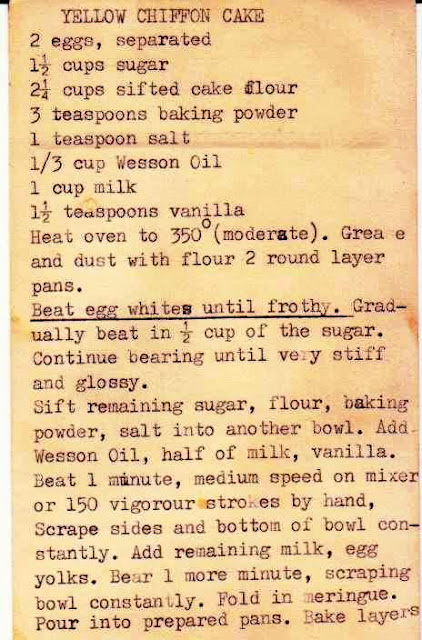