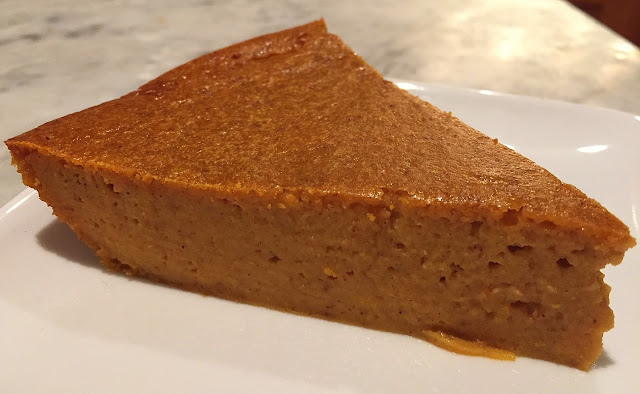 Delicious pumpkin pie in just minutes?  Impossible you say? It's not quite a Thanksgiving miracle, but if you have a blender and oven, it's possible!

This is a cheat pie made by placing all the ingredients -- including a half cup of Bisquick -- in the blender and mixing for about one minute. The pie didn't form a substantial crust at all; in fact, it was barely there, but the pie otherwise tasted like the traditional Thanksgiving dessert.

This pie is so easy and passed the taste test with flying colors, that I couldn't resist posting it. Aside from baking for 55 minutes, the pie took literally minutes to put together. (It took me longer to make pumpkin pie spice from the spices below than it did to actually blend the ingredients.) Start by putting all the ingredients in a blender. I used the DH's fancy smoothie blender, which I can barely operate but, after pressing all sorts of buttons, it whirled everything into a smooth batter. 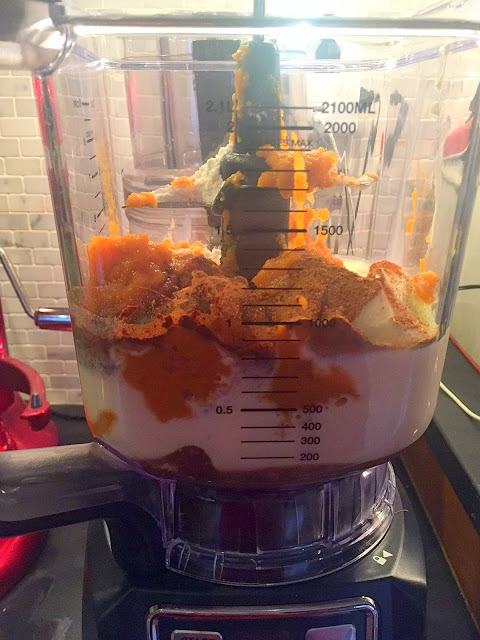 You'll need to grease a nine-or 10-inch pie pan. Spraying it with Pam, or similar, is the easiest method.
Pour in the batter and place in the preheated oven.  I put the pan on a cookie sheet lined with foil to catch any spillover. 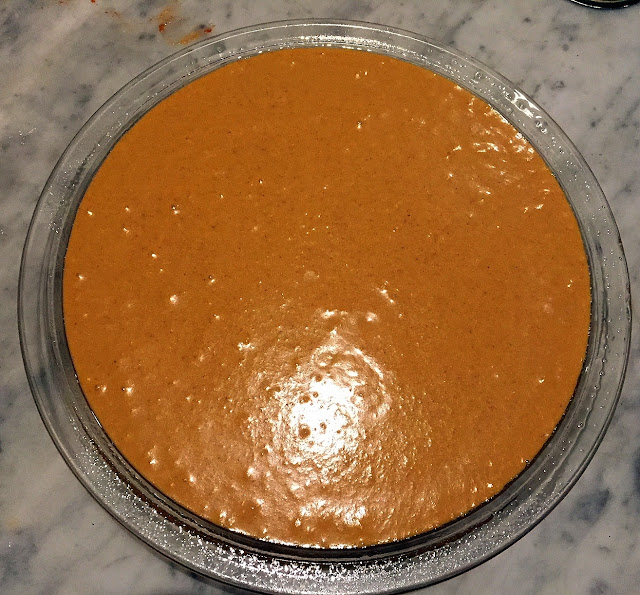 When a tester comes out clean, remove from the oven and let cool. 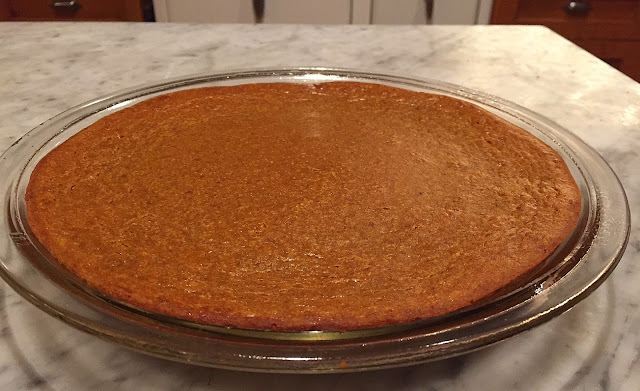 Serve and enjoy. It's better with whipped cream, as is nearly everything else in life. 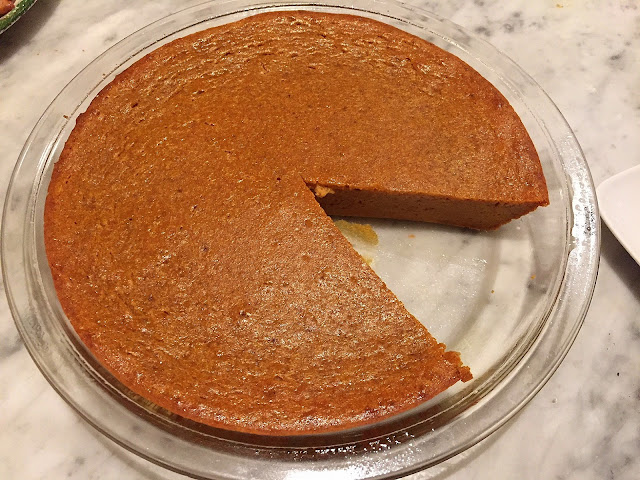 Production notes: I followed this recipe exactly, except I used softened butter in place of the margarine.  Of course, the first time I made it, I realized that I'd forgotten to add the eggs.(However, that version formed a more traditional pie crust. Go figure!)  But it took just minutes to whip up another one. If you don't have pumpkin pie spice in your pantry, you can make your own. 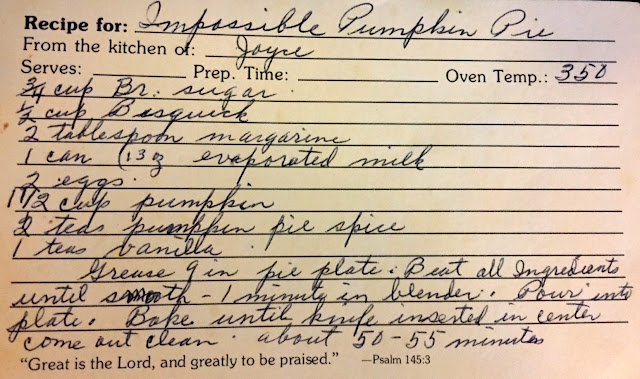