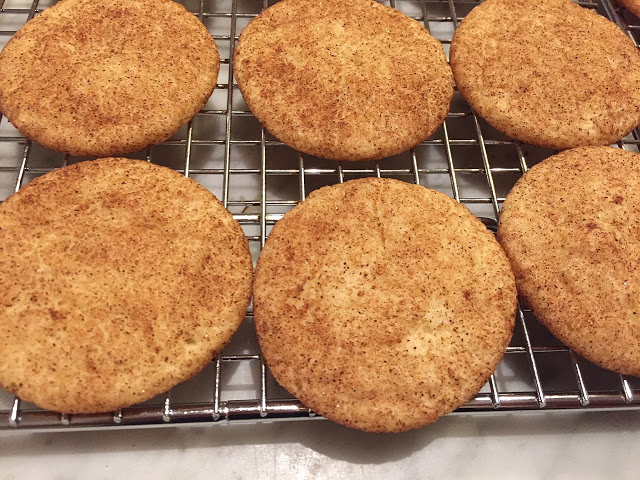 This fall, I did something new -- I taught a graduate class in nonprofit communications at a university in Manhattan. Much of the curriculum was devoted to developing effective writing skills, using social media and the like. But part of the class was about honing one's personal and professional "brand" -- a 21st-century buzzword that simply means reputation. For the final class, I wanted to demonstrate a memorable way to reinforce personal branding. So I baked some Snickerdoodles from a vintage recipe (and told them about my blog, of course).  Let's just say the cookies were very, very well received.

Snickerdoodles (the best-named cookie ever) are rather old-fashioned, simple and delicious. What makes them special is the final roll in a cinnamon-sugar mixture. Although not traditional Christmas cookies, I doubt anyone would be disappointed if they appeared in a box of holiday baked goods.

In addition to being a classic, or perhaps because of it, they are very easy to make.  This recipe, as are many vintage recipes, is mostly a list of ingredients with the instruction: "Mix as usual."  My method is listed at the end of this post.

Start by creaming the butter with sugar, adding the eggs... 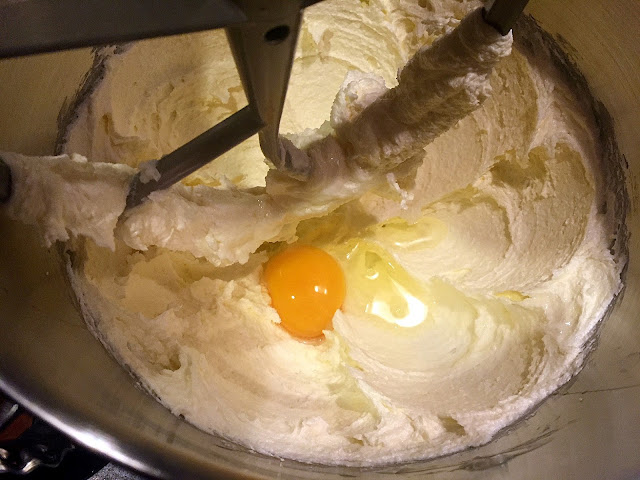 and adding the dry ingredients until a dough forms. 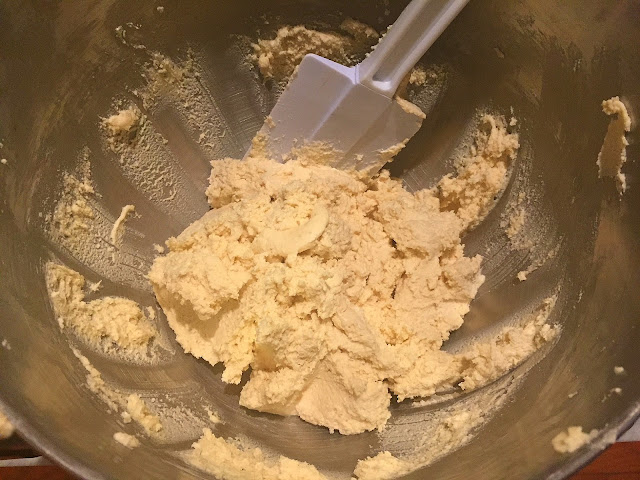 I ran out of time, so I stored the dough in plastic bags in the refrigerator overnight. Chilled dough is also easier to work with. 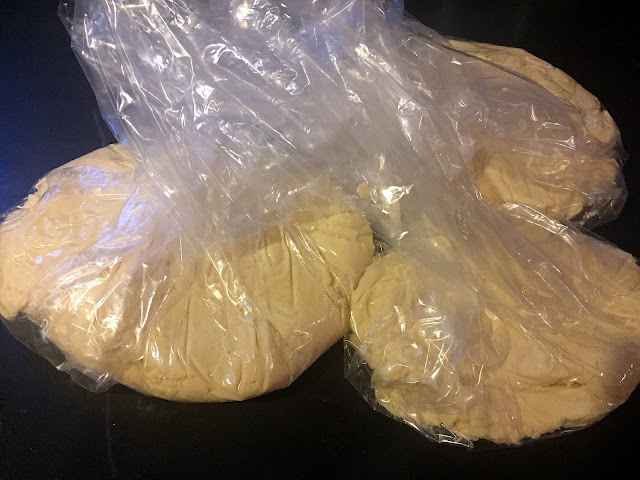 After removing the dough from the refrigerator, roll the dough into small balls. 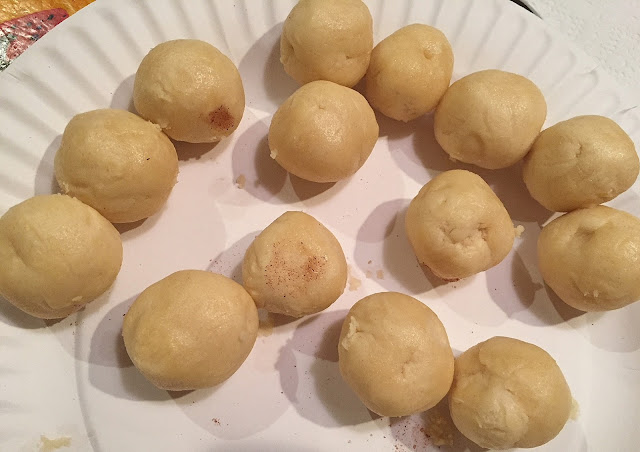 Then roll each ball around in a small bowl filled with cinnamon and sugar. 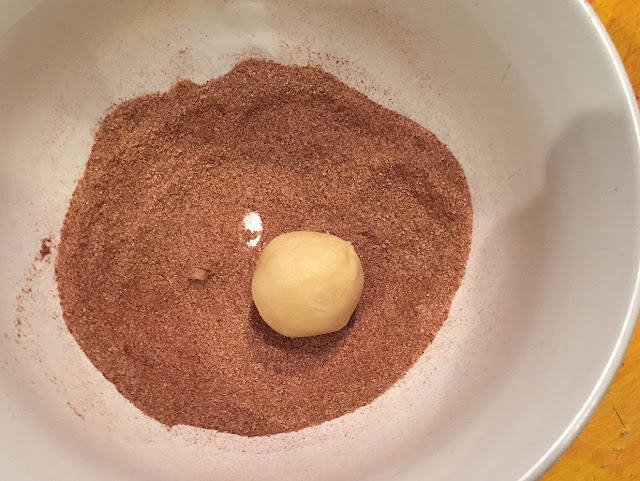 Place on a parchment-lined baking sheet. I pressed each cookie a bit.

The students, below, with the cookies. (Though it was the last class, they still had to submit their final exam!) 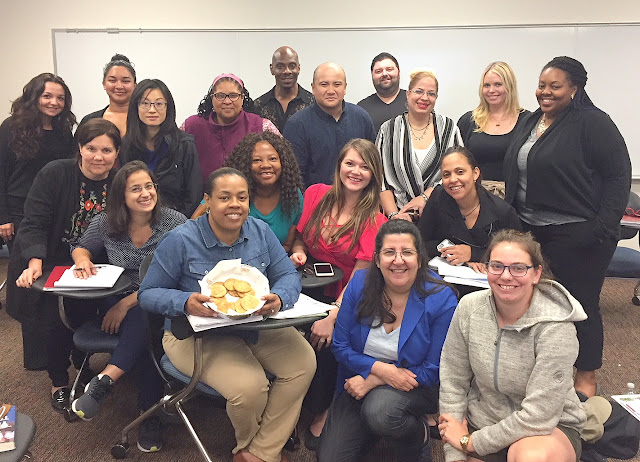 Below is the recipe card and below that is the method I used. 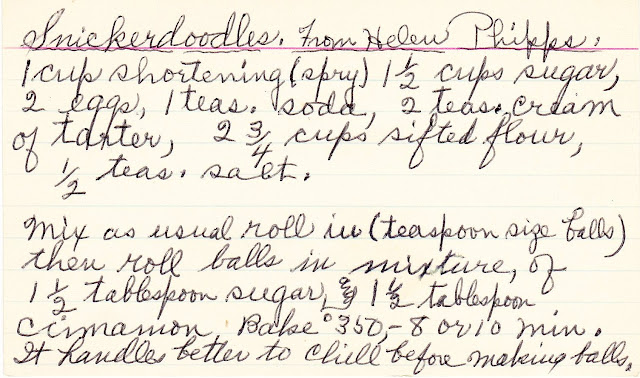 In a large mixing bowl, cream the butter and sugar until light and fluffy.
Add the eggs, one at a time, combining well.
Mix the baking soda, cream of tartar, flour and salt in a separate bowl, blending well.
Add dry ingredients to the large mixing bowl and combine. (Do not overmix; this will result in a tough cookie.)