How Not to Make a Peach Pie 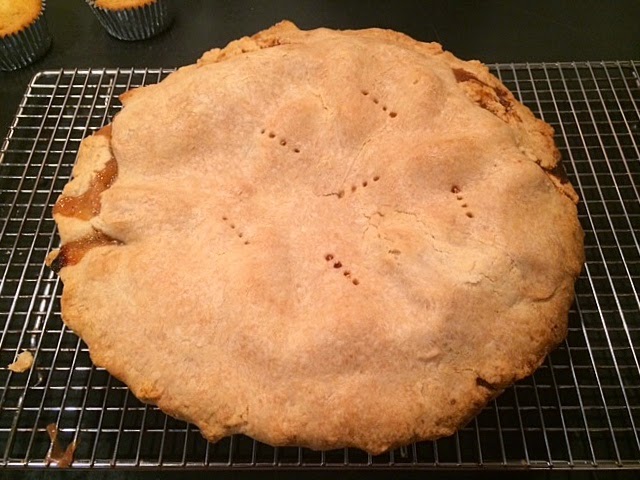 You know that saying: Listen to your gut?  On Saturday, I didn't and ended up with a disappointing mess of a peach pie (though a night in the refrigerator somewhat improved things).

It all began at the farmer's market, where I purchased some gorgeous peaches intending to make a peach cobbler for that night's barbecue.  But after discovering that I had made (and written about) peach cobbler three times, decided to bake those beauties into a pie. I couldn't find a hand-written recipe in my collection, but I did find the next best thing: a clipped recipe from an old newspaper carefully glued to a recipe card.

The venture began well.  I dropped the peaches (in batches) into boiling water for a minute or two, so as to loosen their skins . . . 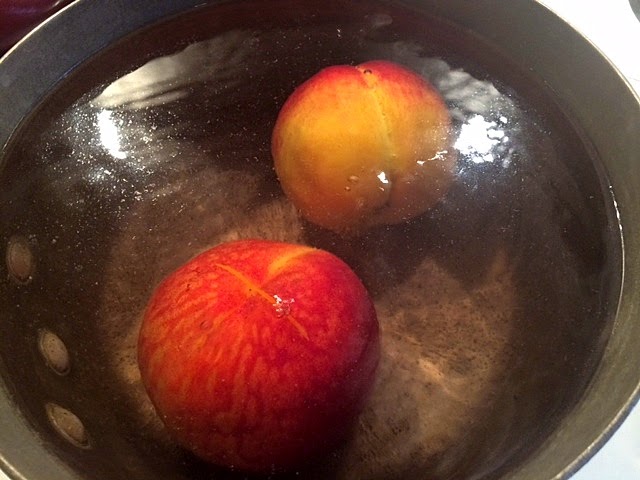 which slipped off easily after running the fruit under some cold water. 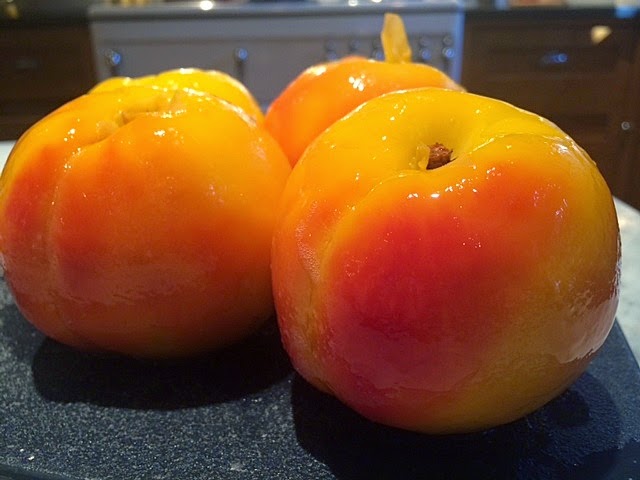 I sliced the peaches and 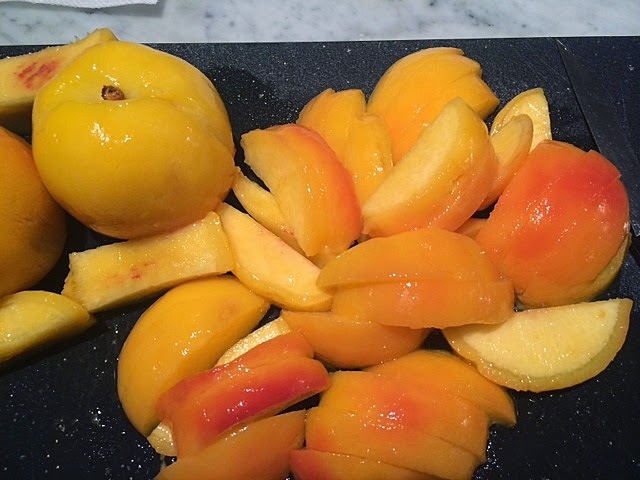 after coating them with sugar, flour, cinnamon and nutmeg, placed them in a pastry-lined pie pan. 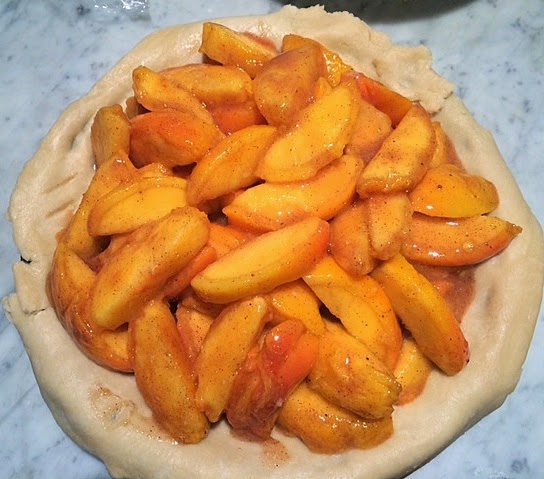 And then, against every instinct I had, I followed the recipe and poured nearly one cup of cream mixed with a beaten egg over the peaches.  Pie bakers know that one adds thickener (flour, tapioca, cornstarch, etc.) to fruit pies to absorb the juices released from fruit -- and here this recipe called for adding liquid, and a lot of it! Can anyone say counter-intuitive?

The liquid poured out of the shell faster than I could contain it. You can see below just a bit of the mess it created.  I was too busy trying to stop the flood from reaching the floor to take more pictures, but you get the idea. 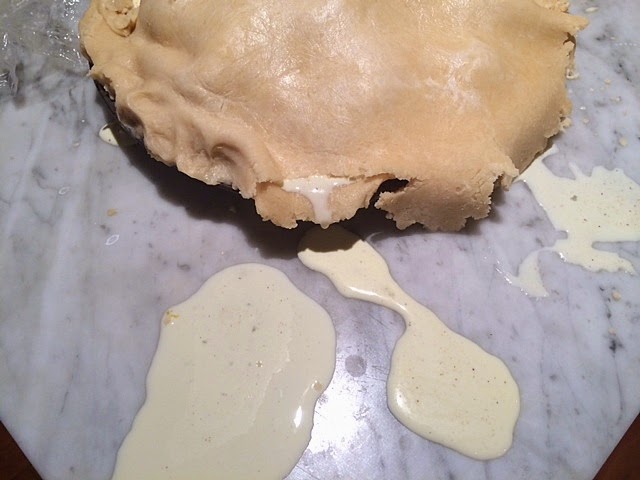 I couldn't serve the pie that night.  It was still very warm from the oven, so I quickly made chocolate chip cupcakes with milk chocolate frosting (subject of a future post).

Even after a night cooling on the counter, the pie was still quite liquid-y inside.  That didn't prevent me from eating quite a lot of it.  And it had firmed up nicely after a night in the fridge. Still... 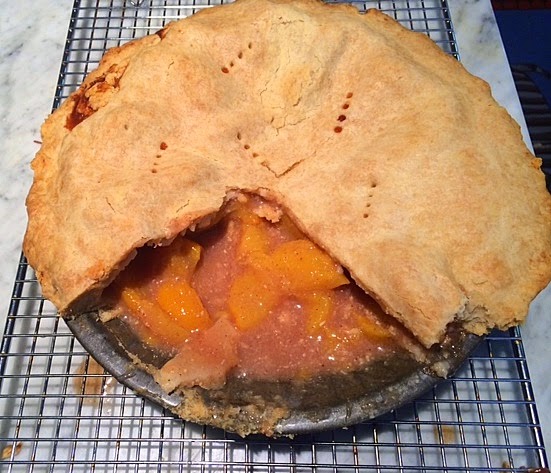 Production notes:  Follow this recipe, but don't add any liquid! 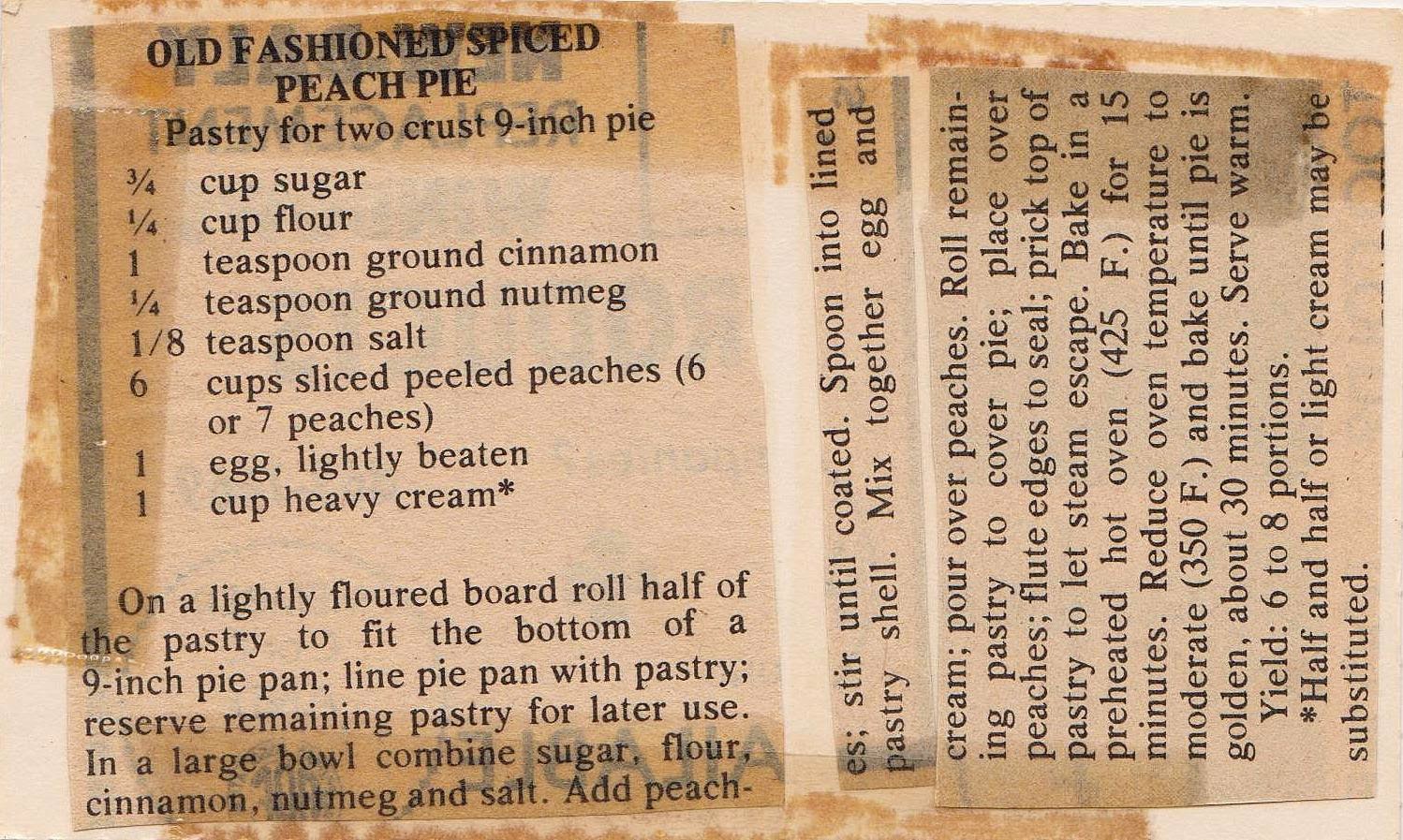 Some of our barbecue guests holding the pie, which they didn't even get to sample. 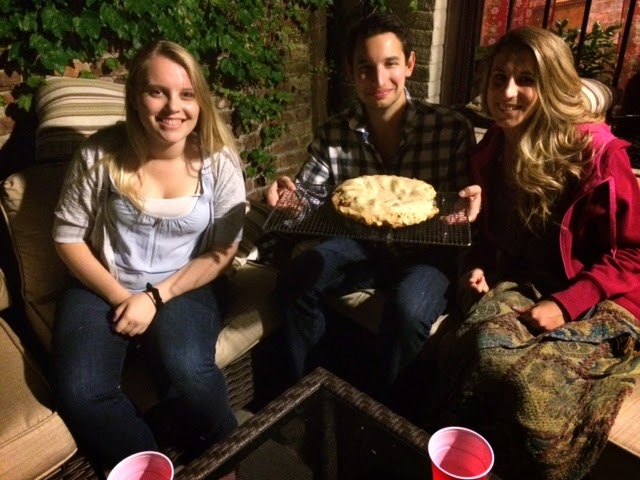