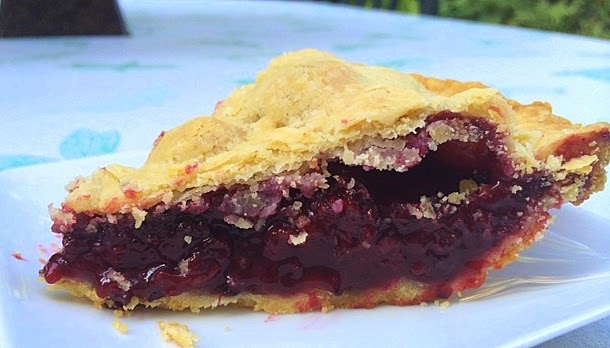 Last weekend, while in northern California, I found myself surrounded by millions of wild blackberries just ripe for the picking. So I did.  And then brought them back and made this pie.

As much as I love fresh berry pies, finding vintage recipes for them is difficult. That's because in the mid-20th century, and earlier, everyone knew how to make pie -- no need for a recipe. Just make a crust, mix the berries with some sugar and thickener (flour or cornstarch), cover it with a top crust and bake.

But I finally found a recipe for fresh berry pie -- a perfect ending for my blackberries, since they did not survive the cross-country journey in the most pristine condition, even though they flew in business class with the DH (while I flew steerage coach on a different airline).

Below, are some berries on branches (not my photo), as I neglected to take one of the wild berries I picked. (Wild blackberry pickers beware: Allergic reactions are not uncommon, and I ended up feeling like the thorns from the branches were still embedded in my hand the next day!  But it was worth it in the end.) 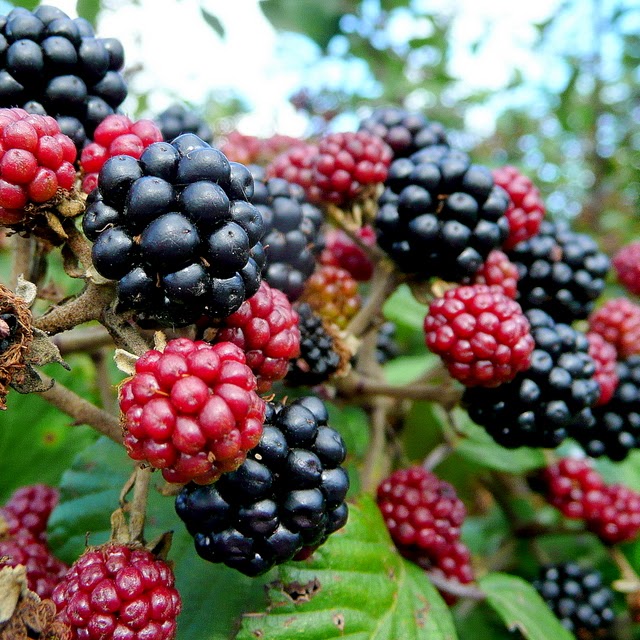 My berries, safely arrived, in New York, below. Mix the berries with sugar and flour, place in an unbaked pie crust and dot with butter. 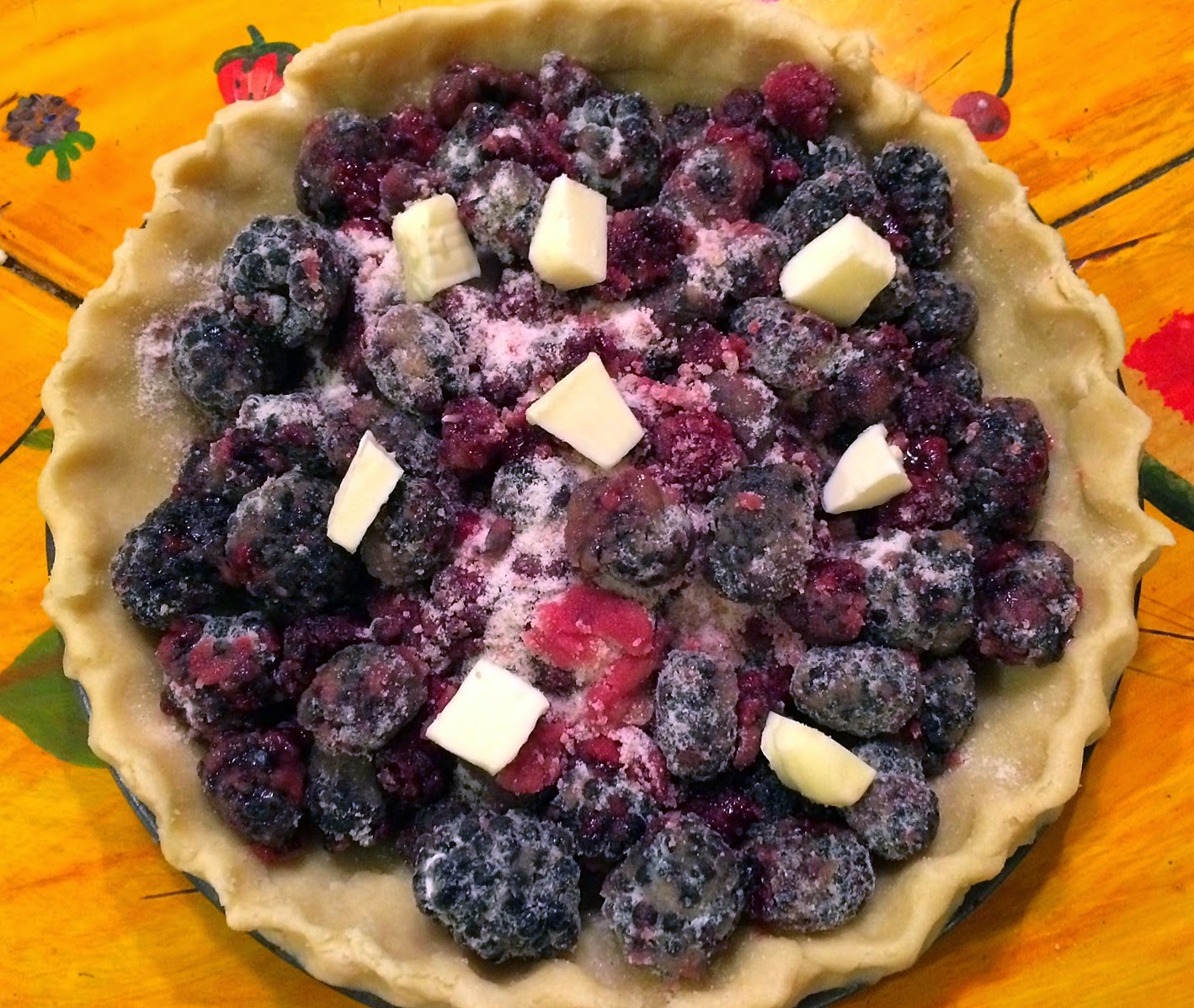 Top with pastry and punch some holes with a fork. 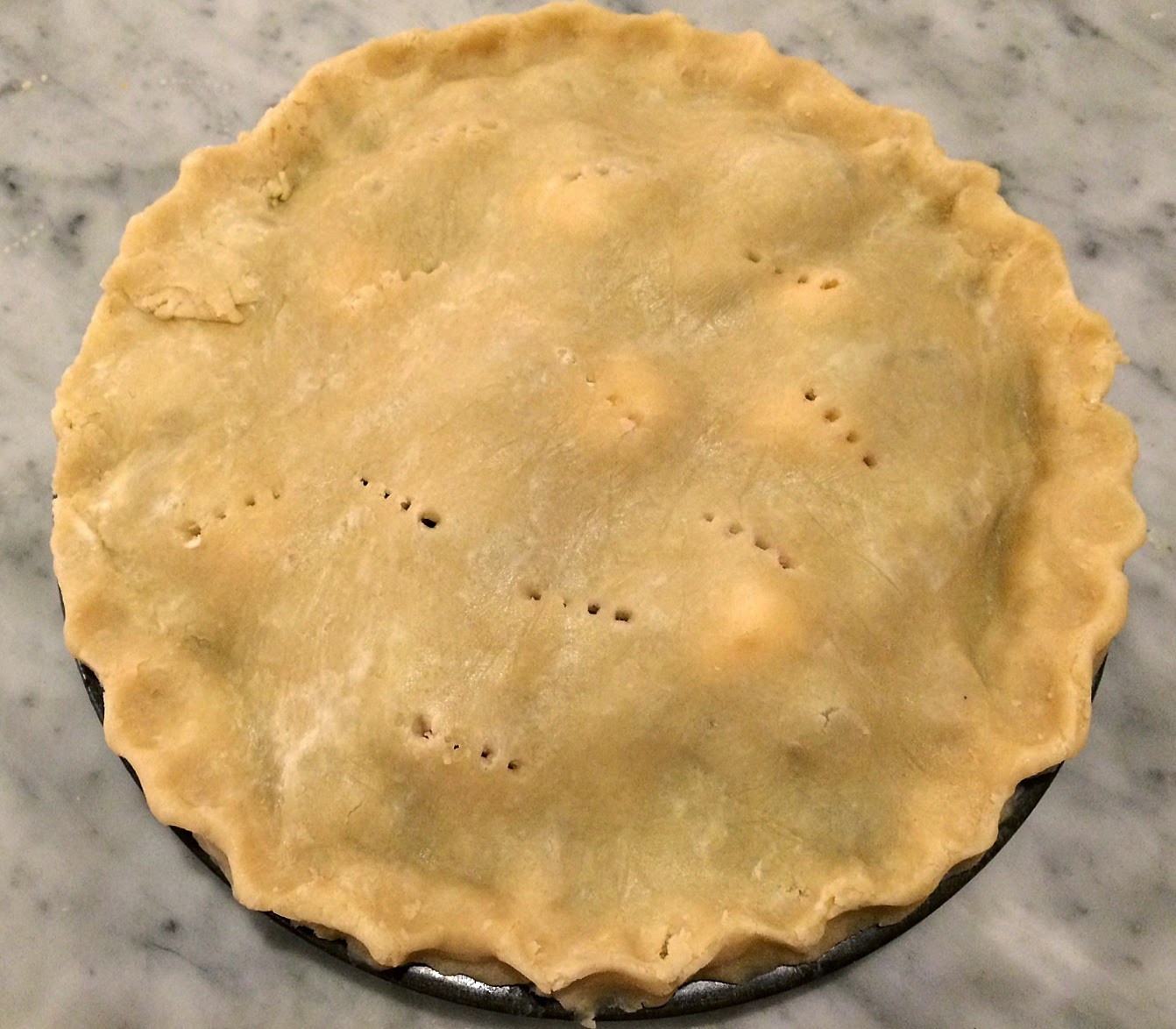 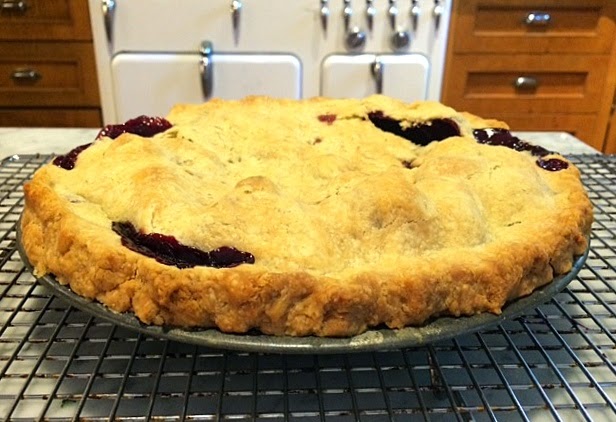 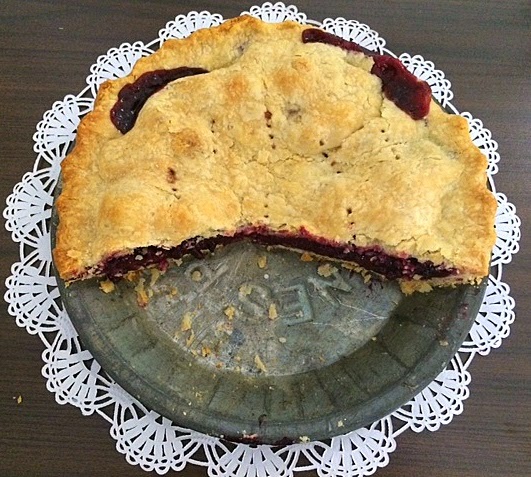 Production notes: I followed this exactly, but added more butter than called for.  I baked it in an eight-inch pie pan, and it could have used more berries. Place the pie on a foil-lined baking sheet -- this prevents the filling from overflowing onto the oven floor and makes removing the pie from the oven much easier. Before baking, refrigerate the pie for an hour or so, so that the edges hold their shape while baking. 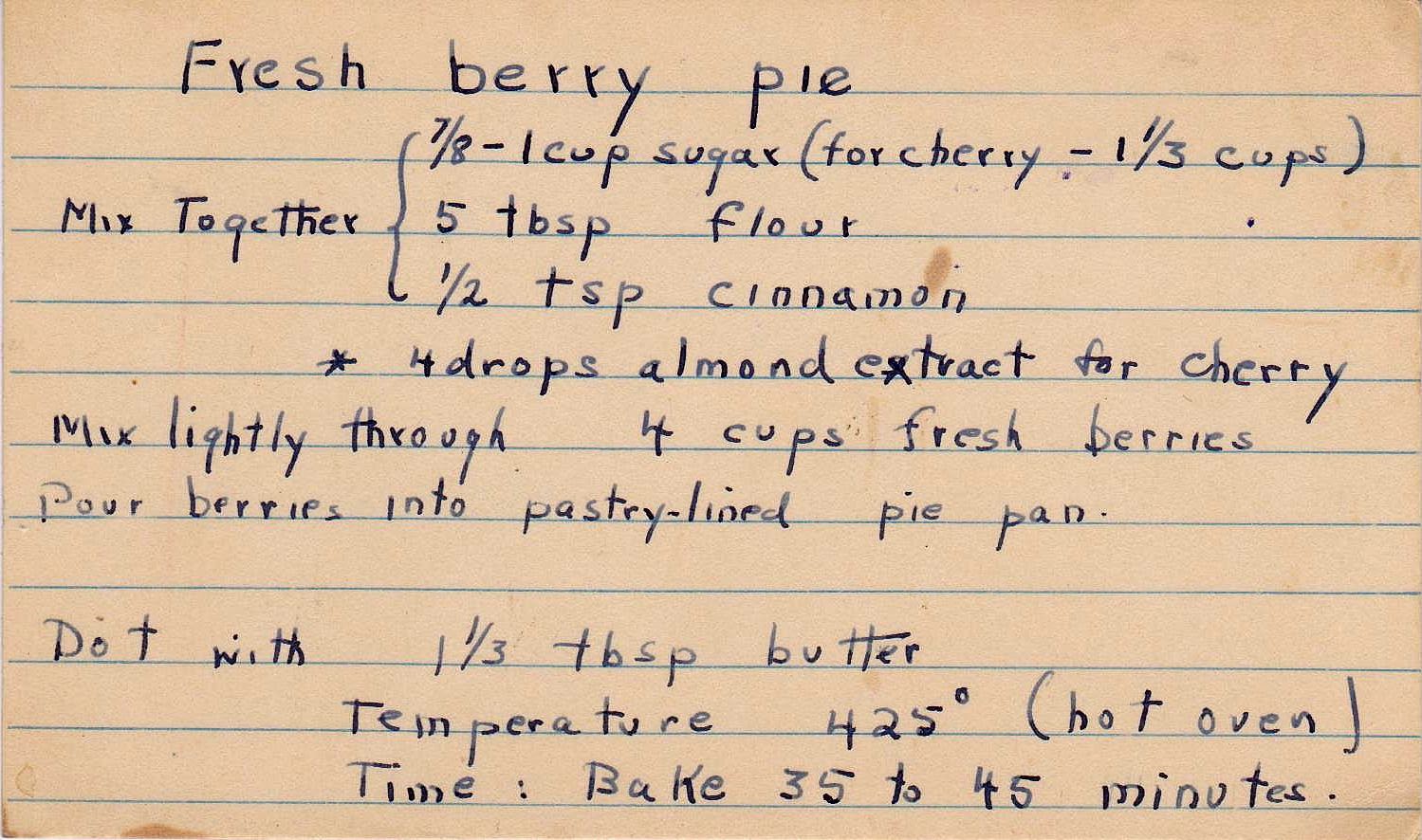 For the pie crust, I used my version of the tried and true recipe published in the original Silver Palate Cookbook, which is pretty vintage itself at this point.

Place dry ingredients in a food processor and whirl to blend.  Add butter and Crisco and process until it resembles cornmeal. Transfer to a round bowl, and add the water, a couple of tablespoons at a time.  Blend with a fork.  When it holds together, transfer to a lightly floured surface and form a large ball.  Divide in half and either roll out between two sheets of plastic wrap, or refrigerate until it's a bit firmer and then roll out.