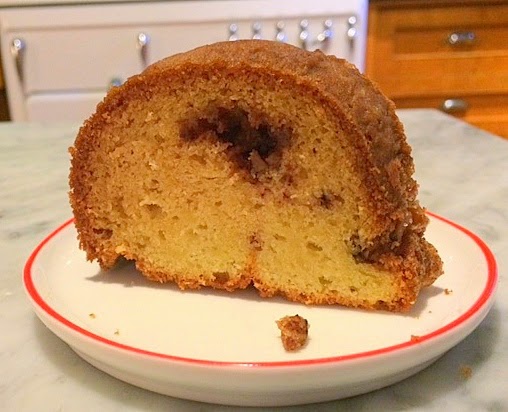 A while back, at the New Amsterdam Market, I purchased a new (for me) bundt pan, from a former caterer who was selling off his wares.  He assured me that this was the best bundt pan ever, and would put my thin aluminum ones to shame.

Last week, I put it to the test with this delicious sour cream pound cake baked from a c. 1960s recipe. It worked beautifully, distributing the heat evenly to creating a uniform crust.  Even though a chunk of the cake didn't release, I can't blame it on the pan, but rather on my sloppy grease and flour job because (as usual), I was rushing.

What's special about this cake is that the topping somehow sinks evenly into the batter during baking, turning into a filling -- creating a tunnel of cinnamon-nut-sugar filling.

As always, use the best ingredients you can -- including farmer's market eggs, with their bright orange yolks. 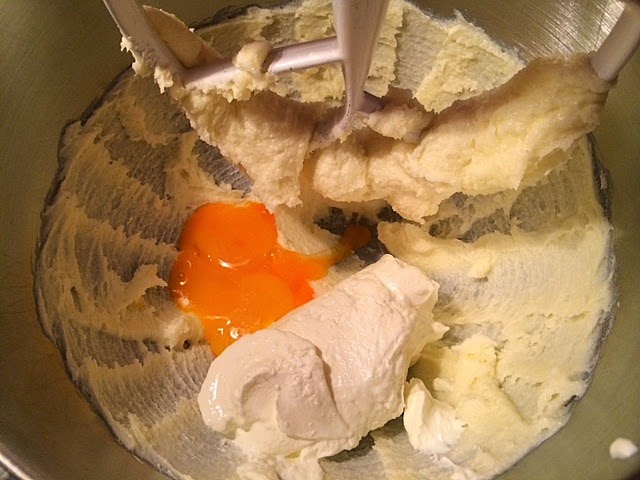 This is one of those cakes that call for separating the eggs, beating the whites and folding them in.  Kind of a pain, but it does serve lighten the cake and create a more pleasing texture. 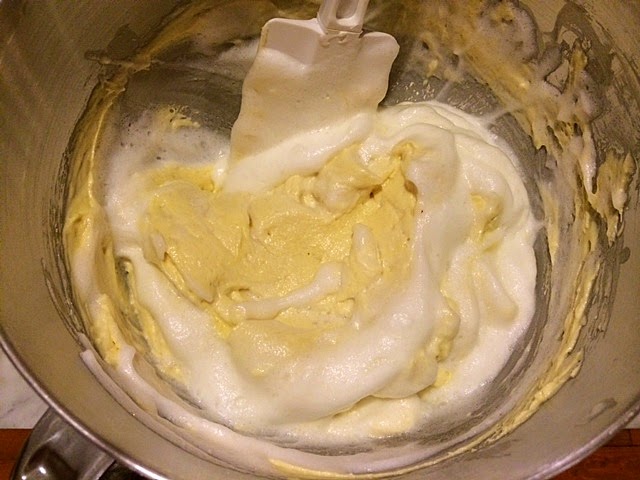 Carefully grease and flour the pan before filling with the batter. 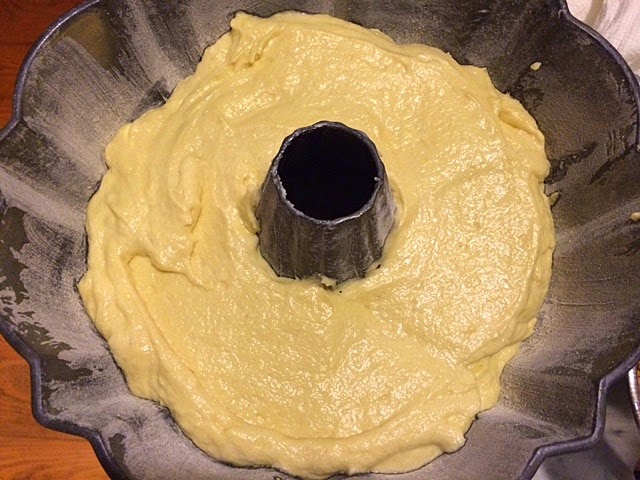 Make the topping and spoon it evenly over the batter. It will magically sink the center of the cake, creating a luscious tunnel of deliciousness. 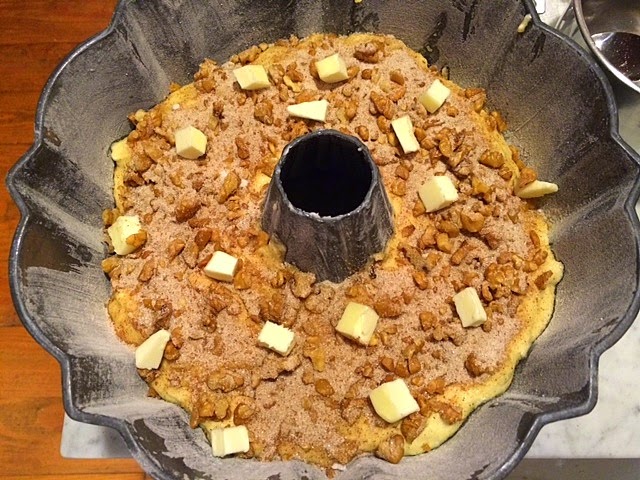 Below, you can see the crater in the cake, where it didn't release from the pan. 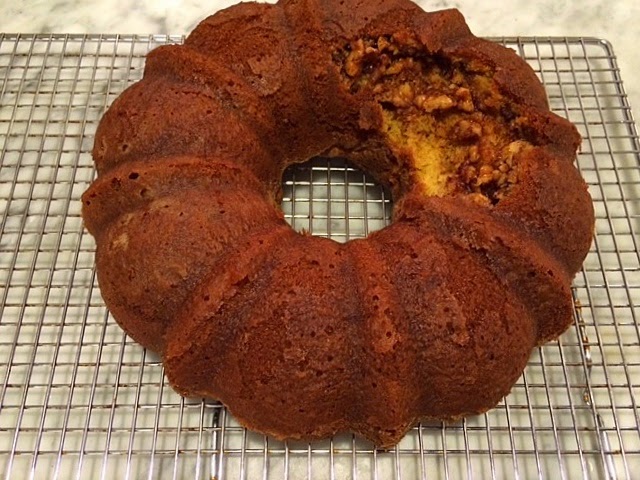 Below, is the "fix" -- I simply lifted the stuck cake and placed it where it once belonged. 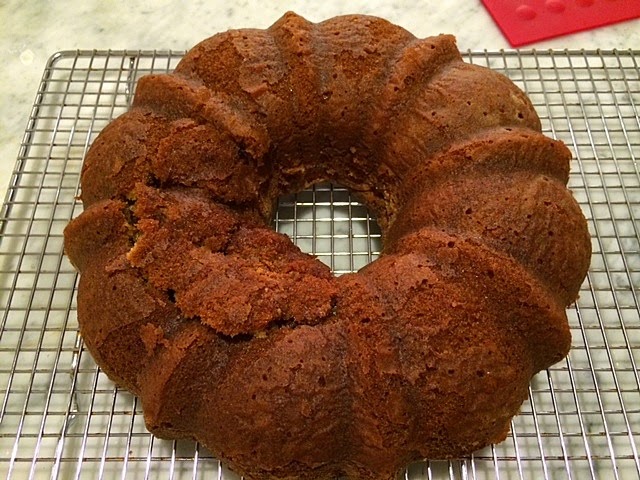 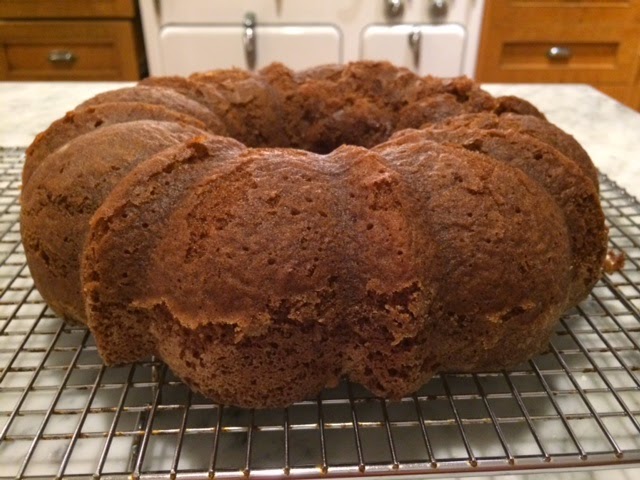 Production notes:  I followed this exactly, using butter instead of margarine.  The "topping" sinks to the center of the cake, which is a good thing because otherwise, the topping would actually be at the bottom of the cake if it stayed in place.  Begin checking the cake at 30 minutes.  Mine was almost overdone at 45 minutes, though the type of pan you use (aluminum, cast iron, etc.) will affect the baking time. 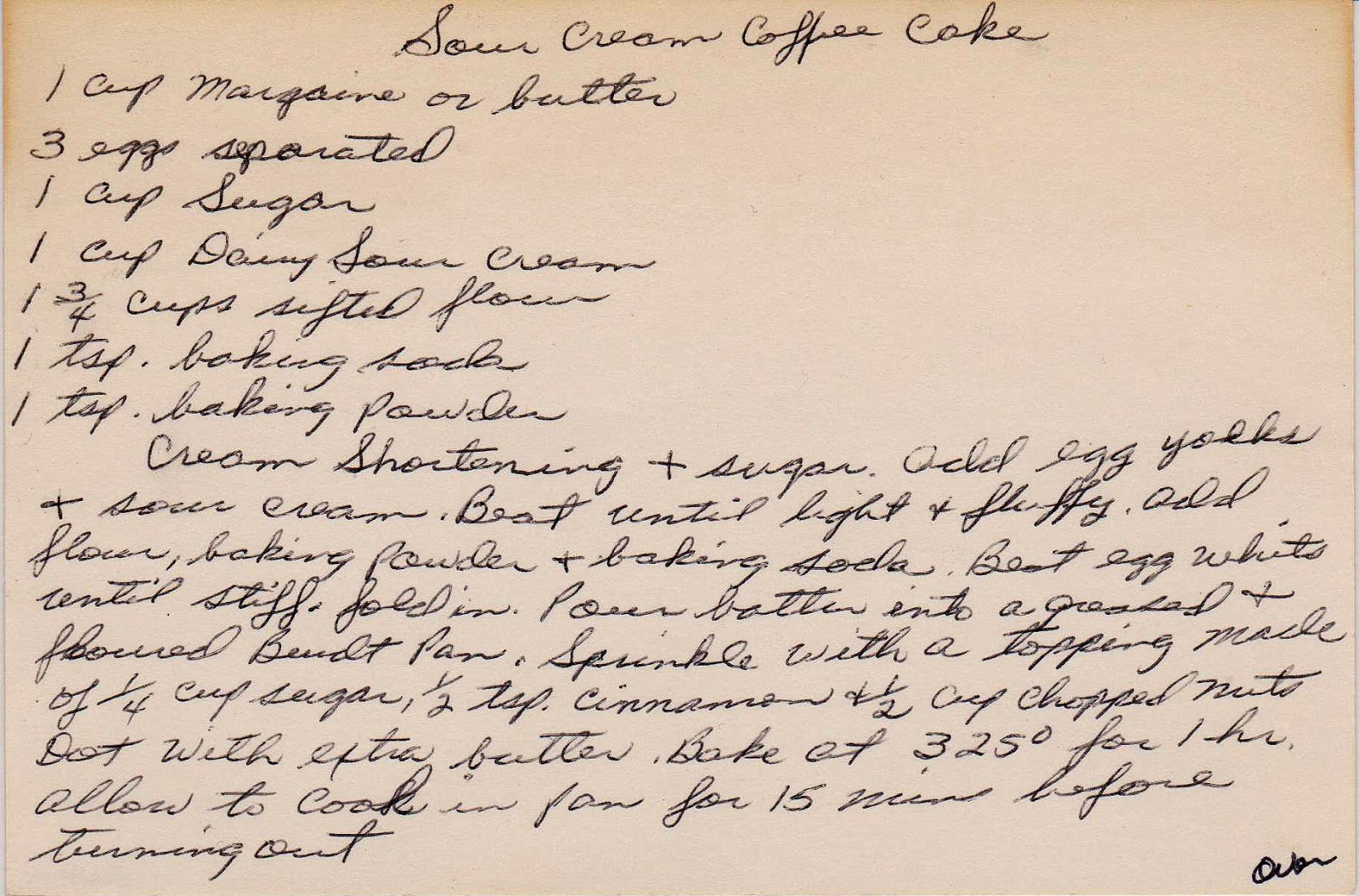