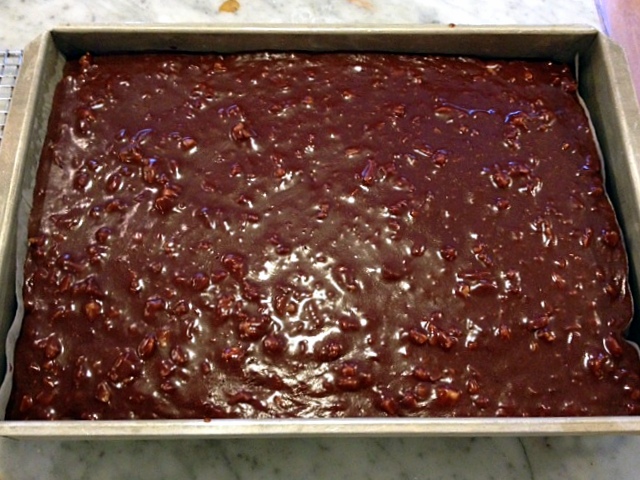 Some may ask, If a tree falls in the forest and no one is around to hear it, does it make a sound?  In the Cake Bakes kitchen (not a place known for metaphysics) we had to ask ourselves, If a cake is baked and not photographed, did it really exist?

Yes, this happened last weekend. As I entered the kitchen to photograph the last slice of Chocolate Coca Cola Cake, there sat the DH (with the telltale crumb on his chin) and an empty plate before him.

Not wanting to bake this cake again, for there are so many recipes and so little time, I'm bringing you this cake without a proper photo of the finished product.  At top is a picture of the frosted cake, while still in the pan, so it's difficult to get a sense of it.  Cut, it looked "something" like this, below.  (Thanks, Google Images.) 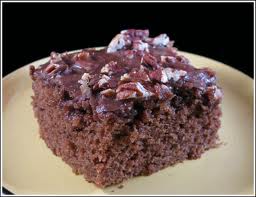 Chocolate Coca Cola Cake is filled with all sorts of "bad" ingredients: cola, miniature marshmallows, etc., but the end result is quite delicious.  It's origin is said to be southern and, though I've never been to a Cracker Barrel restaurant, I've heard it's a dessert item there. I served this at Peaster (our Passover Easter holiday mash-up celebration) and it was *very* well received.

One thing that distinguishes this cake is that many ingredients in the cake (butter, cocoa, marshmallows) are also used in the frosting.  Also unusual, is that both the cake and frosting are started on the stove top, and not in the Kitchen Aid.

Start by placing the cake ingredients in a saucepan. 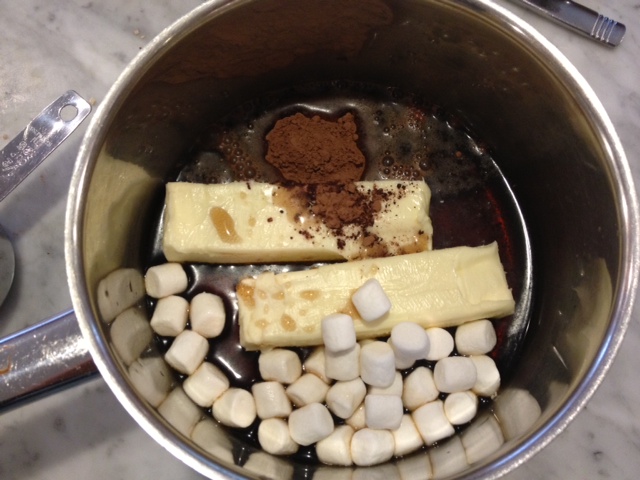 Stir until well combined and the marshmallows melt completely. 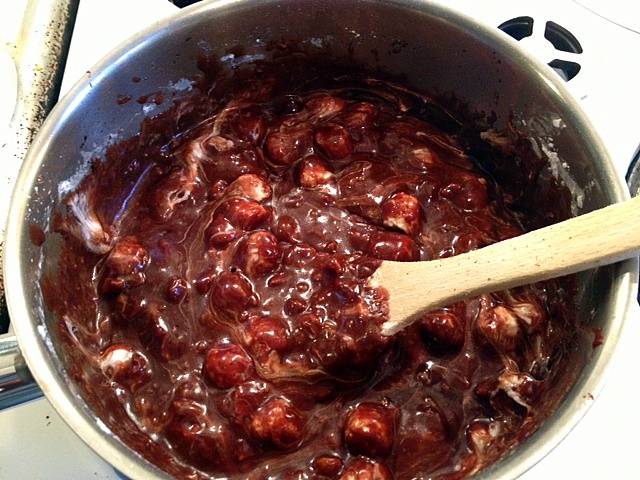 I transferred the mixture into a bowl before adding the flour and other dry ingredients. 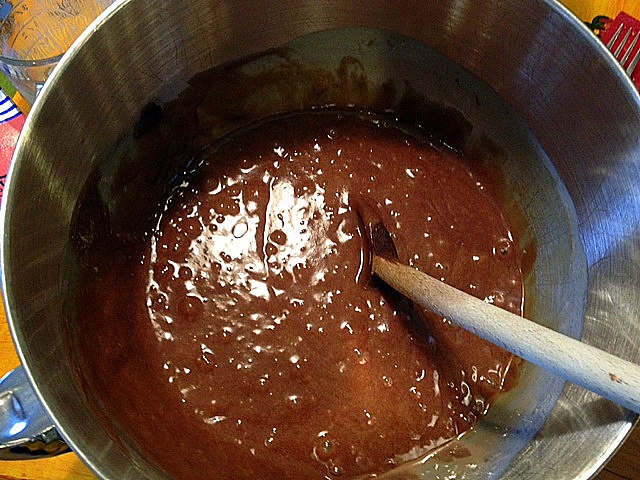 While the cake is baking, start the frosting.  It will look a lot like the batter (but uses only one stick of butter). 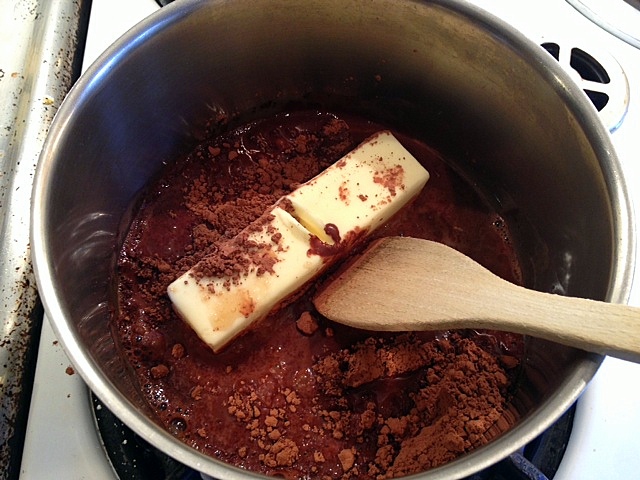 The recipe, credited to Alma, was in a large collection of Amish recipes I purchased a few months ago. 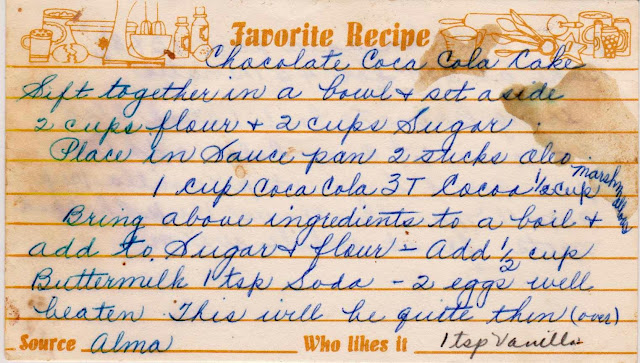 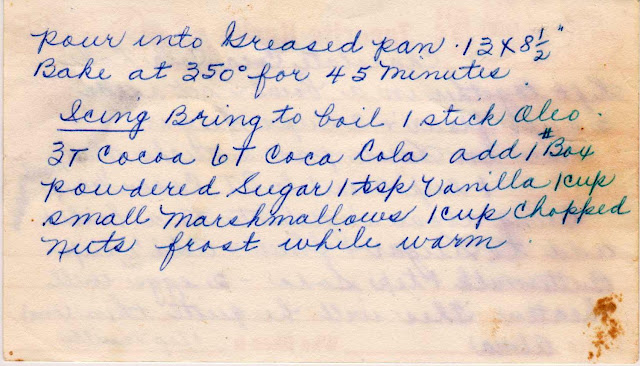