In our instant-oatmeal pop-tart world, it's nice to take a break on Sunday morning to have a real breakfast and there is nothing better than a batch of homemade waffles.  Simple, direct, wholesome and delicious, especially with a big pat of butter and real maple syrup.  (Since 98 percent of us plan to start a diet on January 1, take advantage of the final few days of indulgence now!)

Aside from the requisite waffle iron (the only single-use appliance permitted in my kitchen), all the other items -- flour, baking powder, eggs, etc. -- are kitchen staples.  Waffles are fairly easy to make; the only tiny bit of  difficulty (and it's not that difficult) is separating the eggs and beating the whites to stiff, but not dry, peaks.

You'll want a hand mixer to whip up the eggs.  Beat the whites first, rinse the beaters and then beat the yolks.  (Whites won't beat well if there's even a speck of grease (or yolk) in the bowl or on the beaters; yolks are much more forgiving.) 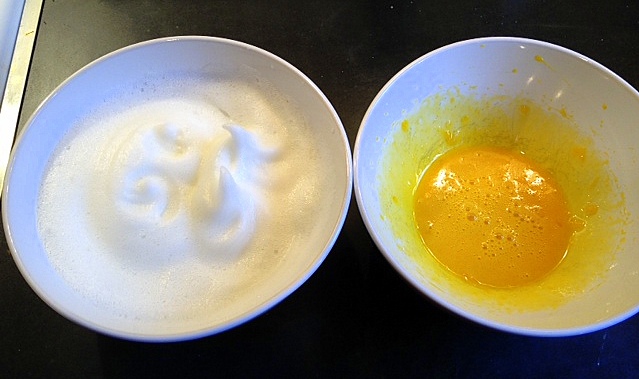 Carefully fold the whites into the batter... 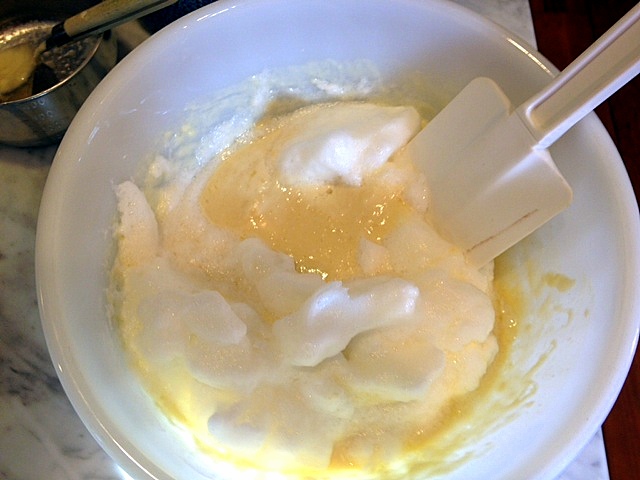 until it's uniform in color, below. 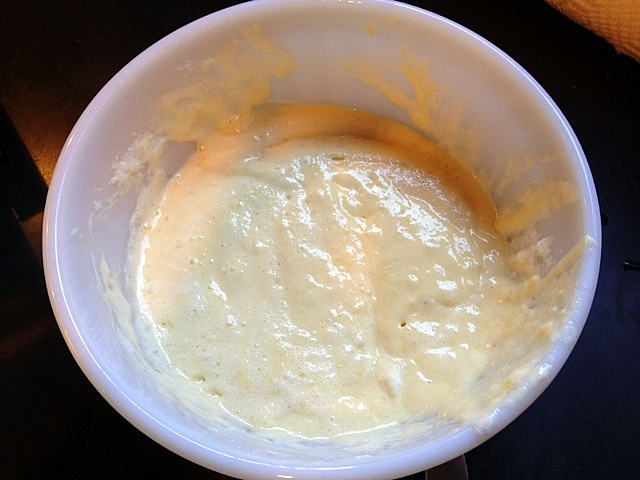 Meantime, heat up your waffle iron and spray it with Pam (or similar).  Pour the batter into the iron.  Close and after a few minutes, voila!  You can end 2012 on a high (and sweet) note. 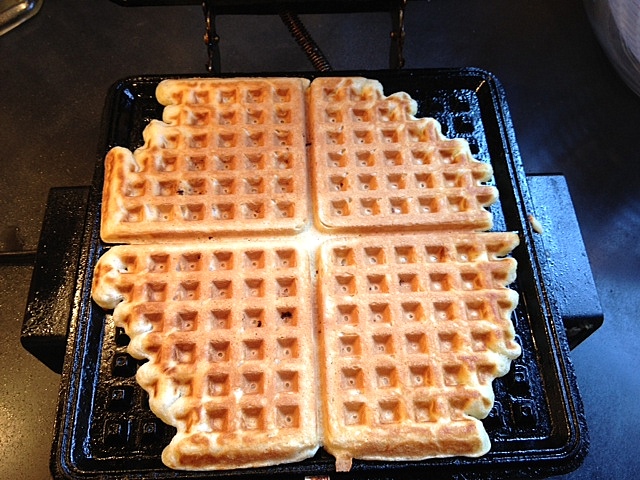 This recipe is from a vintage recipe card signed by Leota Peterson.  When I was scanning it, I discovered a waffle recipe by Edith Sheldon on the back.  Edith's recipe actually looks a bit richer (and better).  Well, there will be plenty of time in 2013 to try that, especially after I've fallen off the old diet.

Production notes: You need not sift the dry ingredients, just stir them well in a bowl.  Add the milk, egg yolk and melted butter and mix.  Now, fold in the egg whites. 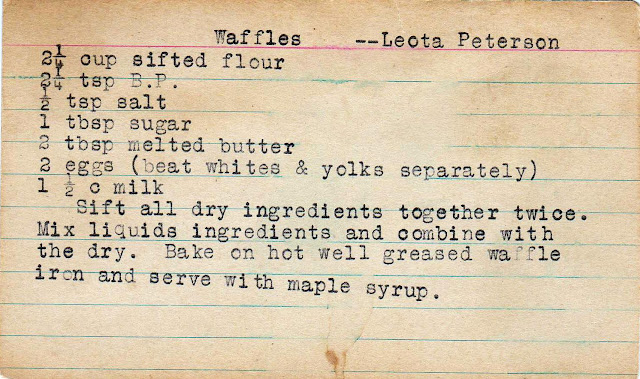 Note Edith's higher butter and egg content, which would result in a richer, eggier (a good thing) tasting waffle.