There are two kinds of people: those who will do back flips to "use up" leftovers in the refrigerator and those who will think about it for a moment, then surreptitiously toss out the item(s) in question, feeling guilt and relief simultaneously. Cookbook author Jane Brody, who clearly falls into the former category, once created a new bread recipe to use up the half-can of leftover tomato juice about to go bad in her refrigerator.  While I admire such resourcefulness, I too often toss rather than use.

However, when I found myself with a large bag of gorgeous Meyer lemons recently, I was determined to put them to good use.  And so, I made lemon snow cake from a vintage recipe card. 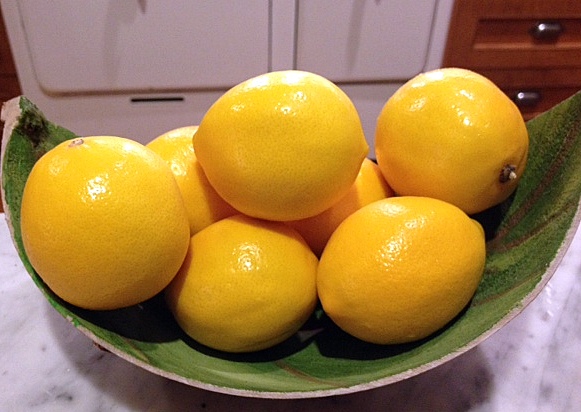 The "snow" of the name refers to the cake; there's nothing lemony about it -- it's a standard white cake (unless you choose lemon extract as the flavoring agent; I opted for vanilla). The "lemon" is contributed by the frosting and filling.  It's a delicious, old-fashioned cake, but it must be served in situ.  It cannot be moved much further than your kitchen counter, for the layers will start slip sliding away with too much motion.  Still, not such a bad thing to have a cake calling your name from such a close distance. 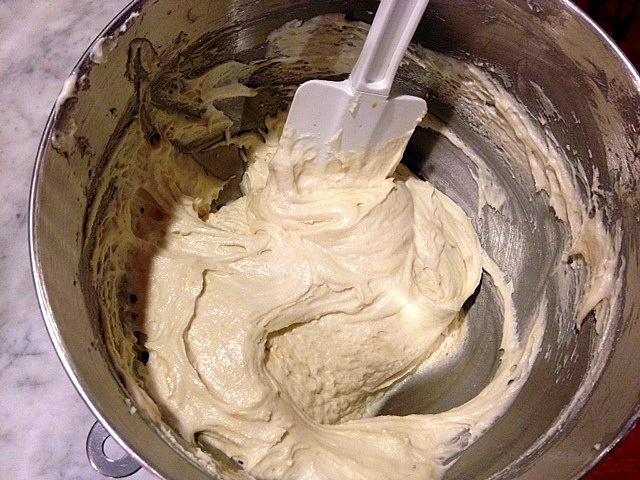 Whip the egg whites until stiff but not dry.  Add a bit of cream of tartar to the whites to prevent overbeating. 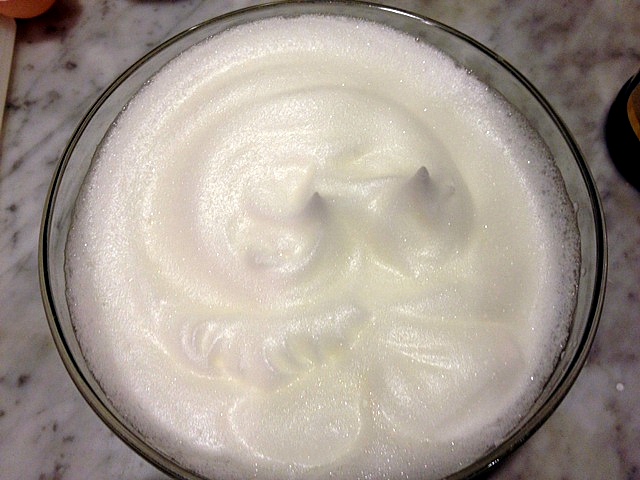 Carefully fold the whites into the batter. 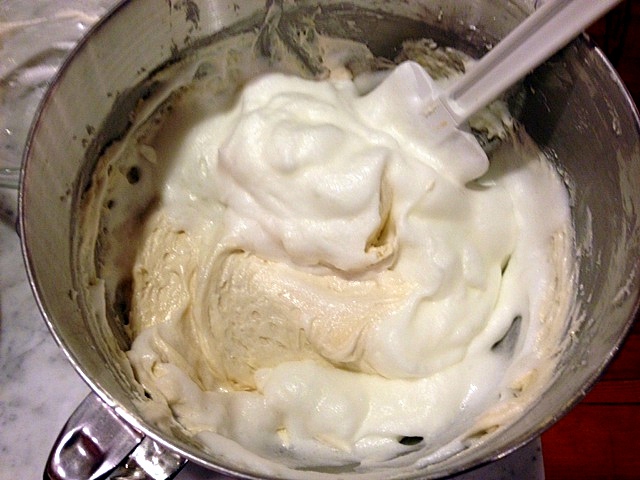 Spoon the batter into the greased and floured cake pans, using a spatula to spread the rather stiff batter to the edges. 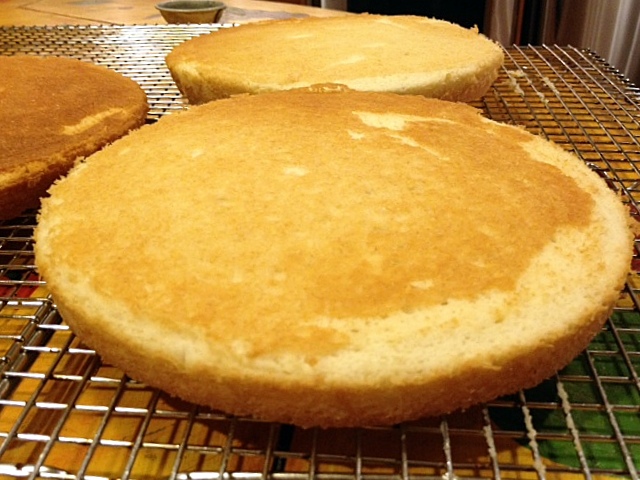 While the cake layers are baking, begin the filling by zesting and juicing the lemons. 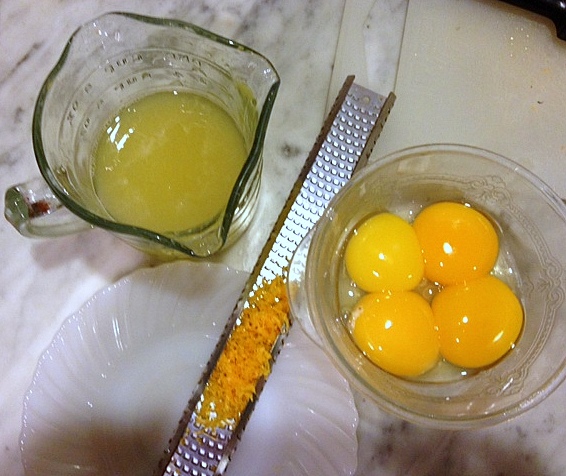 Begin cooking the mixture in the top of a double boiler (or simply put a bowl on top of a saucepan filled with water).  Unlike modern-day lemon curds, this calls for cornstarch. If making this again, I might substitute a lemon curd from Martha Stewart for this more old-fashioned version. 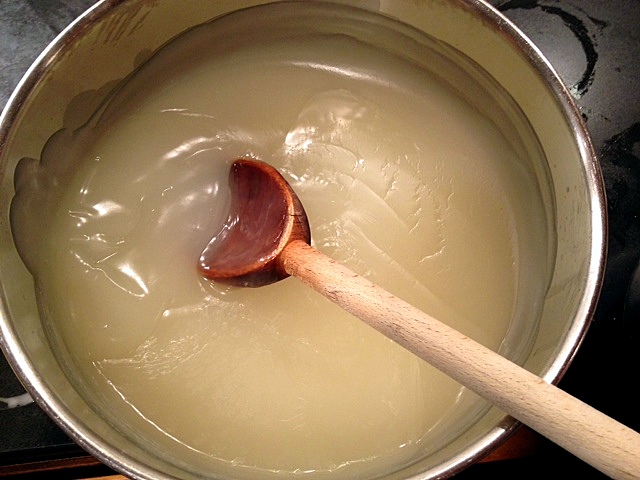 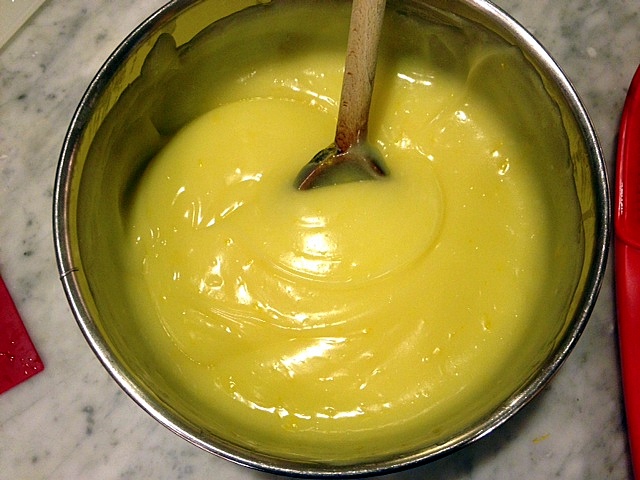 After the filling has cooled in the refrigerator, spread it between layers and on top. 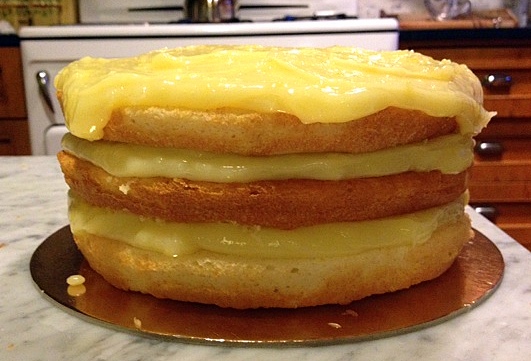 I found this recipe in a box I purchased last year on eBay.  The box had the Ladies Home Journal magazine logo on it, and was the perfect spot for a c. 1940s housewives to keep her cards in good order. 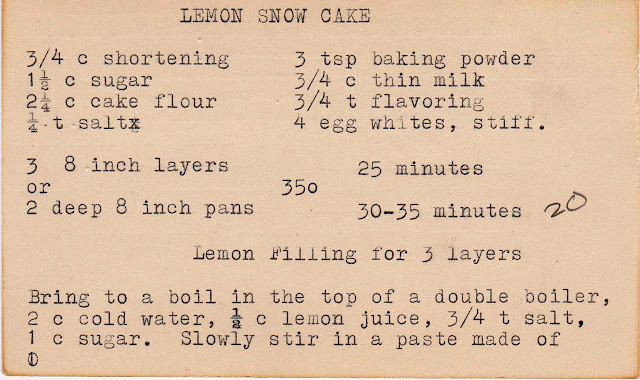 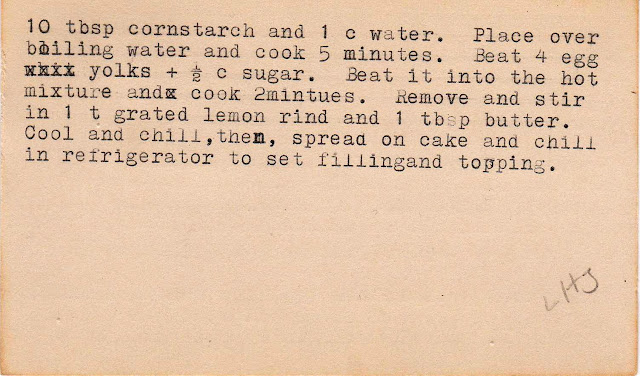