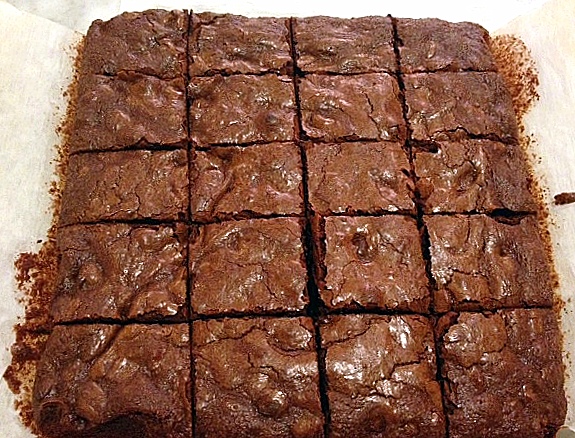 Say you have a house full of dinner guests and just as the main course is finished you realize, yikes, you forgot dessert.  If that ever happens to you, as it did to me last week, fear not.  Just excuse yourself for a moment and whip up these fabulous brownies.

This recipe is from the kitchen of Dottie Barney, who may be the daughter of Dot (see Graham Cracker Cookies); both recipe cards were found in the collection of Olive Facey.* What's so unusual about these brownies is that they are delicious despite the fact that they contain no butter!

I made these last week, following our family holiday latke-eating Christmas tree-trimming party, the perfect celebration for our Jewish-Italian clan.  I was so focused on frying latkes, that I did not sufficiently focus on dessert.  But I literally put Barney's Brownies together in just a few minutes (hence, no time for production photos).  And it took just a few minutes for them to be consumed. 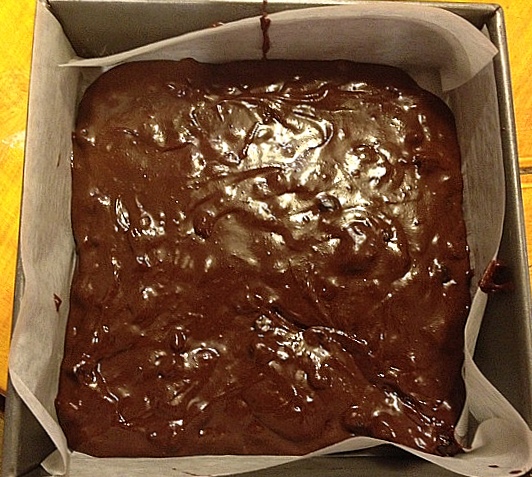 The DD and her boyfriend Josh licking the bowl. 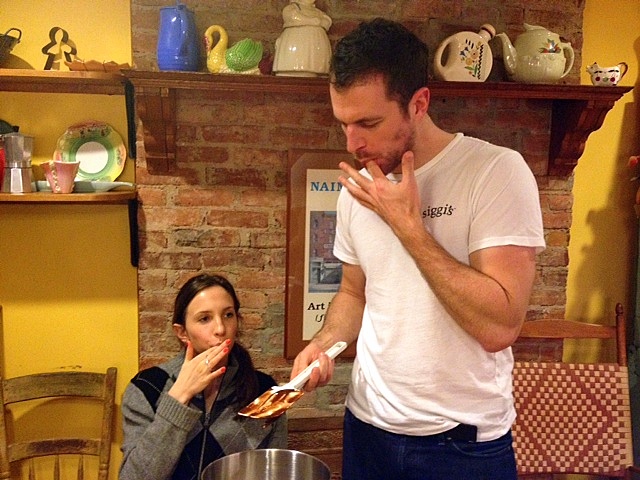 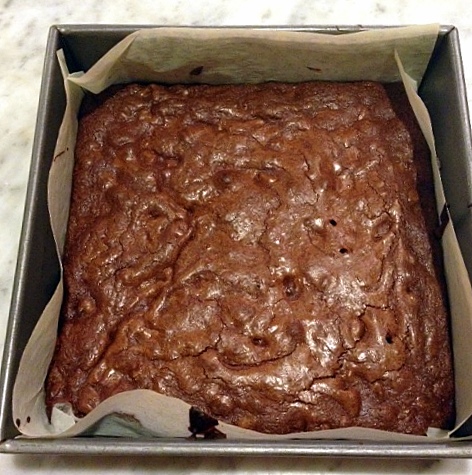 The DD and DS, with their significant others, enjoying the brownies, despite the fact they had consumed about 50 latkes each. And rumor has it that Josh at seven brownies. (Oh, to be young again!) 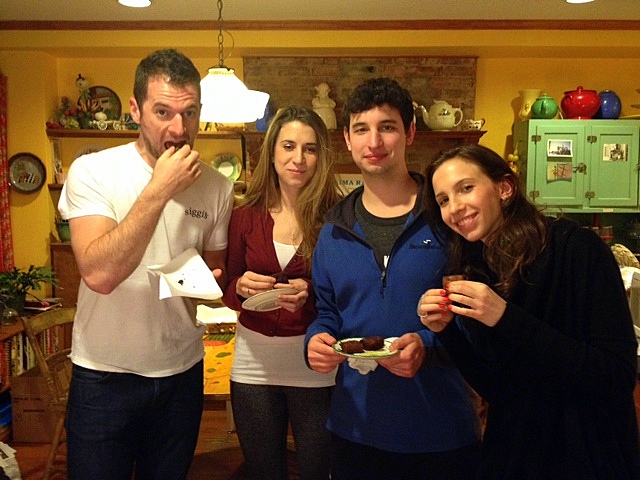 Line the pan with parchment or foil so you can lift the finished product whole from the pan.  This makes cutting and serving them a snap.

What remained was modern (brownie) art. 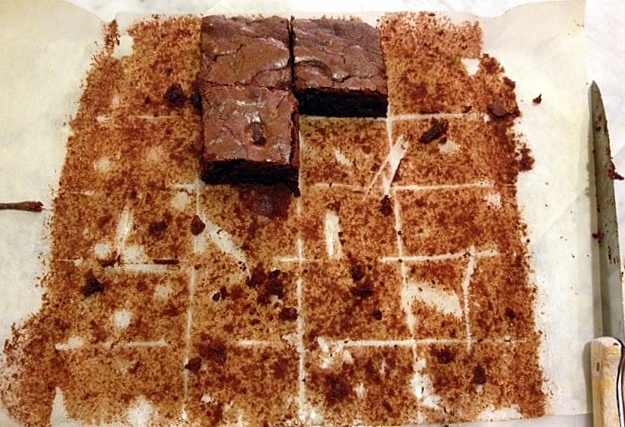 I used cocoa powder instead of the chocolate, as I was rushing and didn't want to wait even a few minutes for the chocolate to melt.  I also did not use nuts (the DS hates them), and mixed the chocolate chips into the batter at the end.  I also used 1/2 tbls. of instant coffee granules (the Italian expresso kind) and added about a tsp. of vanilla, as I couldn't really read that ingredient amount well. 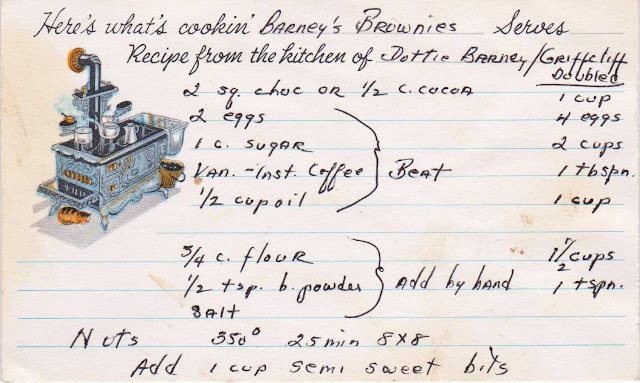 *This bit of family friend archeology is from Olive's son Stephen.  Dottie lives in Marblehead, Mass., near where Olive did.
Posted by Susan at 2:02 AM

Email ThisBlogThis!Share to TwitterShare to FacebookShare to Pinterest
Labels: brownies, no butter brownies