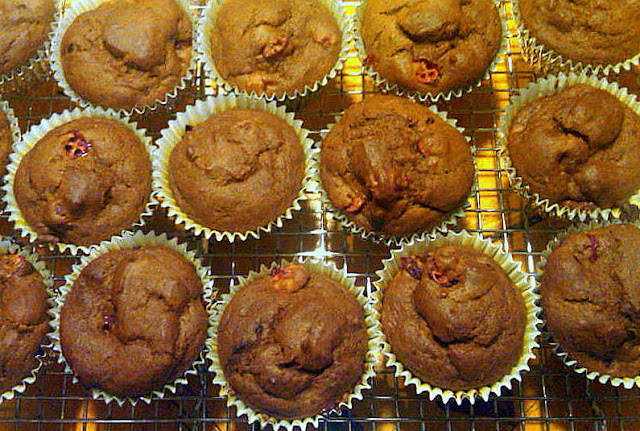 I must have writer's blogger's block.   I made these muffins exactly one year ago, and am only now sharing these perfect Thanksgiving weekend gems with you.

Of course, there's a story. It started (last year) when, shopping at the New Amsterdam Market, I found myself next to New York City Council Member Margaret Chin at the stand of a cranberry farmer. Chin asked the farmer if these berries could be eaten out of hand. Cranberries -- an essential and ubiquitous Thanksgiving ingredient --  are clearly not part of the vast Chinese cuisine.  (Chin was born in Hong Kong and moved to Manhattan's Chinatown when she was nine.)

The farmer explained how to cook cranberries and Chin, who had clearly never encountered fresh cranberries before, took a chance and bought a bag.  Now, I've always been a fan of Margaret Chin -- she's the real deal; she worked as a community activist for years before becoming the first person of Chinese descent elected to represented Chinatown in the city council.  She's honest, smart and fair and a wonderful speaker.  But when I saw that she was adventurous and willing to take a risk to try something completely new, she totally won me over.  (There's  picture of her below, talking to youth at Henry Street Settlement.) 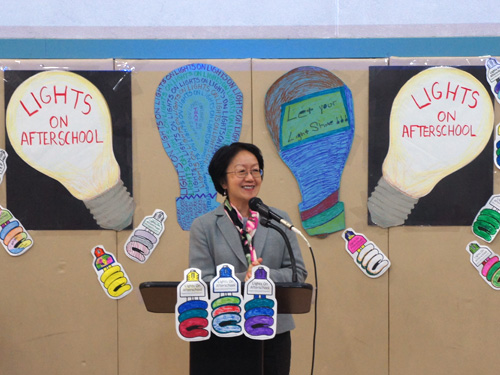 Now, on to the muffins.  These festive little cakes are really good and easy -- if you don't follow the recipe exactly. First, I don't think you need to engage in the tedious task of cutting each cranberry in half.  Used whole, they would work fine.  And even though the recipe says to use fresh pumpkin (and includes instructions to cook the squash), don't bother.  In fact, I the instruction is rather ingenuous -- the amount needed is exactly the amount in a can of pumpkin puree!! 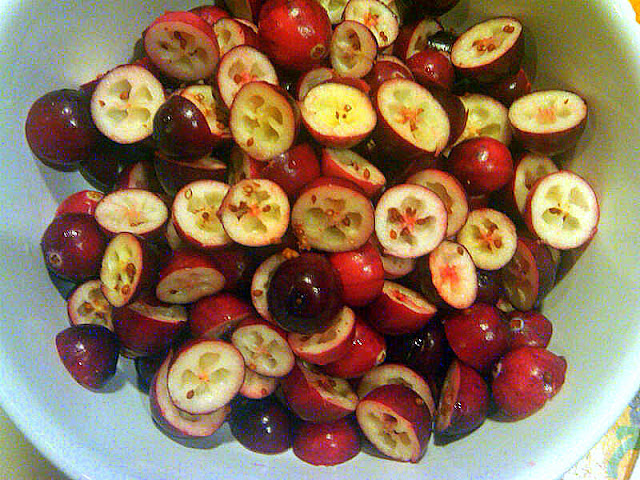 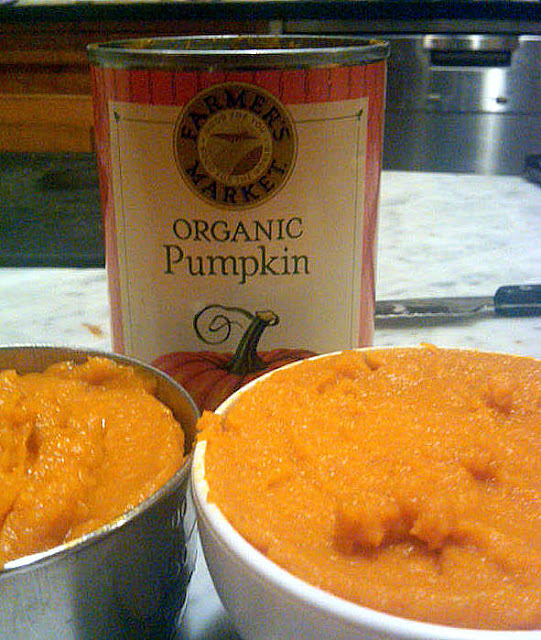 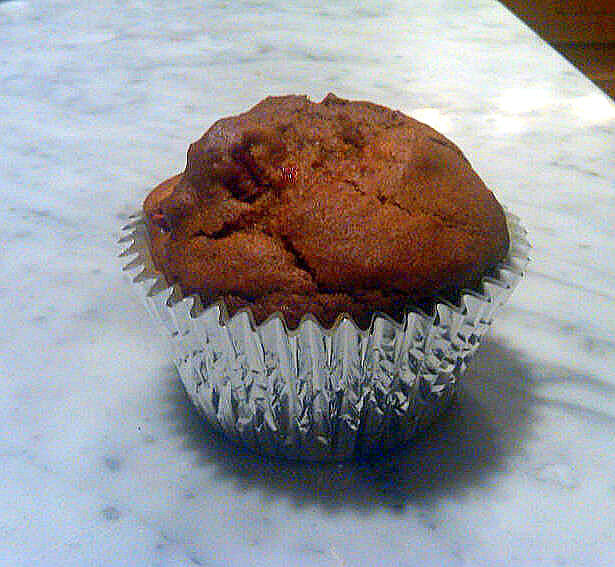 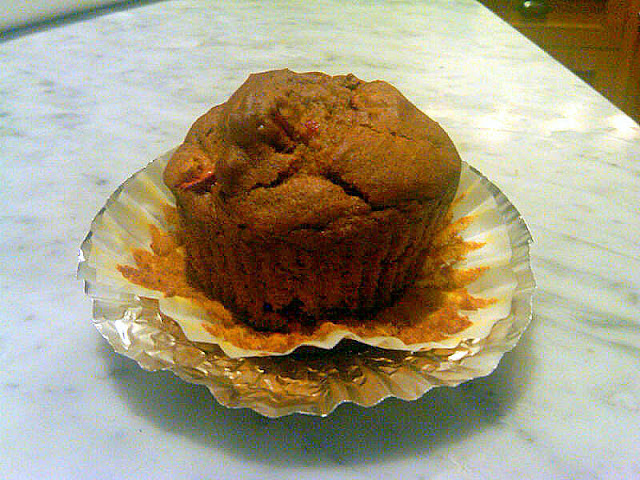 I found this recipe in the collection of Olive Facey, where though it was originally published in a newspaper, was carefully taped to an index card in one of recipe boxes.  Olive hasn't steered me wrong yet.