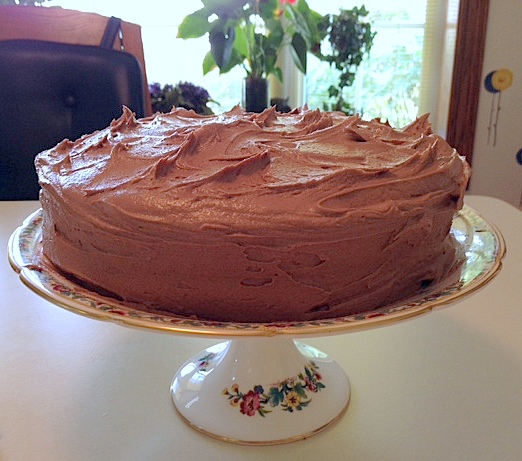 I subscribe to the theory that people don't really change; instead, we just become more like we are.  And so I found myself in Akron a few weeks ago, along with my brother, both of us there to help our mother Bee move into the independent living place with the French name just a few miles from her house.

My brother Steve (aka Mr. Wonderful, so named by my mother, a moniker his wife and I will not let die) hung flat screen televisions and oil paintings on the walls of Bee's new place, assembled furniture (which he had purchased and transported from his home in Ann Arbor after creating a complex computer generated 3-D floor plan), and otherwise performed a lot of necessary and wonderful tasks.  While he was doing all that, I baked a cake, helpfully messing up the kitchen of the house I was supposed to be packing up. (If you haven't already guessed, I was am the black sheep.)

This chocolate cake -- baked for my mother's 83rd birthday -- is really, really good and it couldn't be simpler.  (And I even managed to pack the Waterford and Llardro while it was in the oven.)

The recipe called for clabbered milk, easily made by squeezing some fresh lemon juice into milk and letting it sit until it thickens.  You can swap this out with buttermilk (and vice versa). 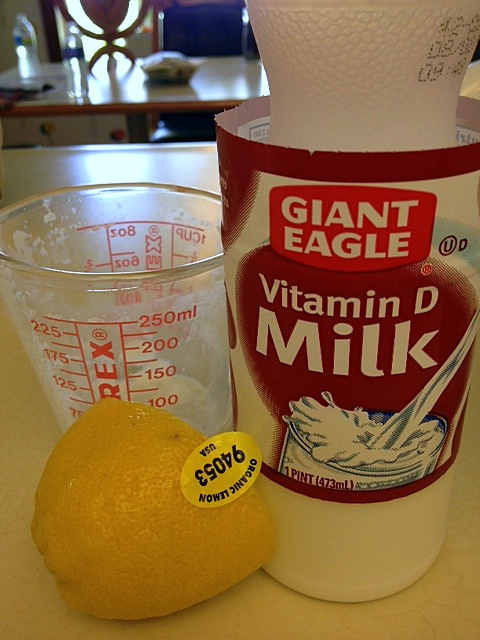 As often happens at family gatherings, there was some drama -- in this case, pastry separation anxiety.  One of the cake layers didn't release from the pan properly and things were looking grim. 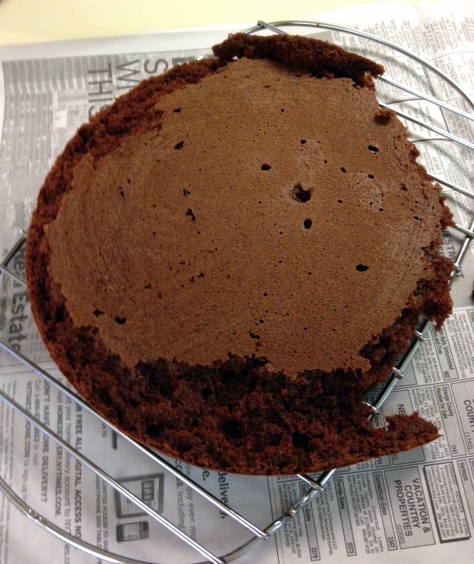 But I simply (and carefully) removed the cake left behind in the pan and placed it on the larger piece (think edible jigsaw puzzle), while my sister-in-law wondered if  "cake glue" was available.  (It is, but you make it yourself by crumbling some cake and mixing it with frosting. However, you need to plan ahead and bake an extra layer to be used in this truly ingenious cake "spackle" that I learned in a class taught by cake genius Toba Garrett. 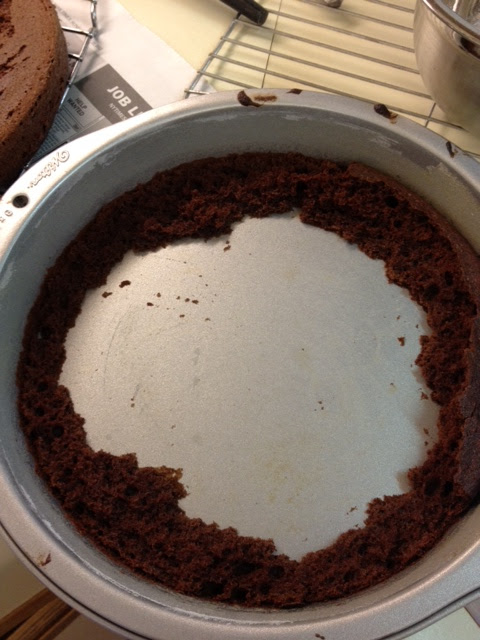 When it was all finished , the damage was well hidden.  See, you can't even tell that this cake ever suffered any trauma at all.  If only the human heart could be so easily repaired.  (Though I suppose chocolate can play a role in that, too.) 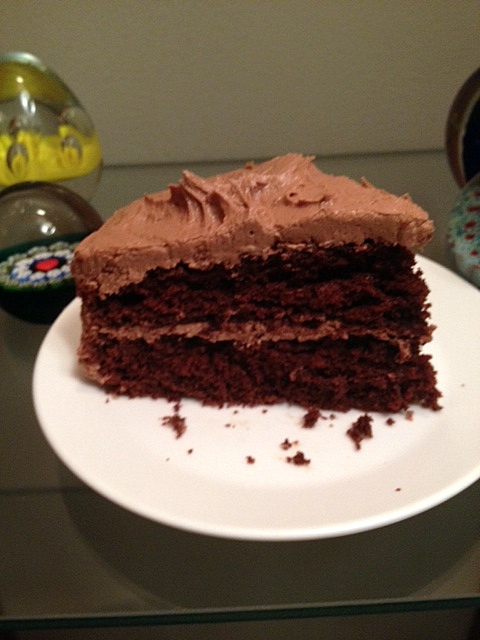 My mother quite enjoyed her birthday cake.  After leaving some for the moving men, I transported the rest by car to her new place. And then returned to finish packing with the realization that, while I'll never live up to the standards set by Mr. Wonderful, I might just beat him in a bake-off. 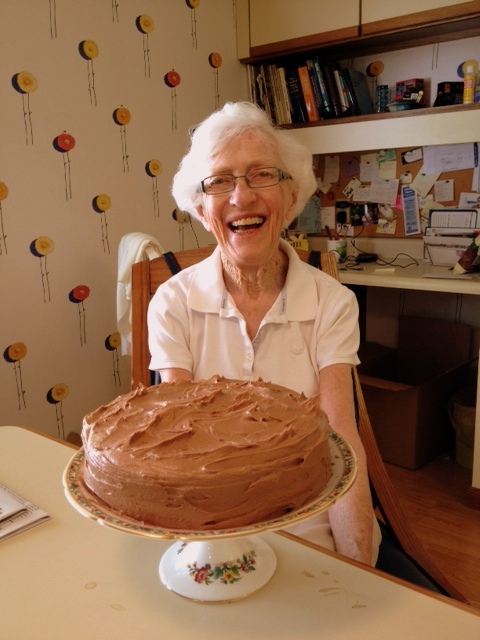 The recipe card, below.  And as this is simply a list of instructions, I included the method, which is one likely was used the author of this recipe.
For the frosting, I used a version of the Magnolia Bakery buttercream (I did not have my recipe collection with me) and added some unsweetened melted chocolate and brewed coffee for a mocha frosting.  Sweet, but good. 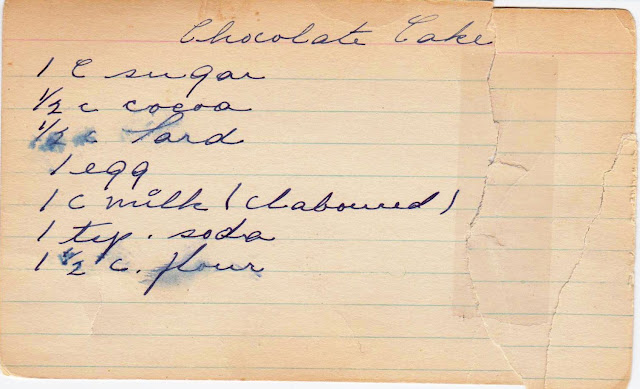 Preheat oven to 350 degrees.  Grease and flour two 8-inch cake pans.
Combine sugar and butter (in place of lard) and mix until light and fluffy.
Add egg and mix.
Combine flour, baking soda, and cocoa in a bowl.
Add the flour mixture alternately with the milk to the butter-sugar mixture, beginning and ending with the flour.
Pour into cake pans.  Bake about 25 minutes, or until a toothpick
Posted by Susan at 7:39 AM