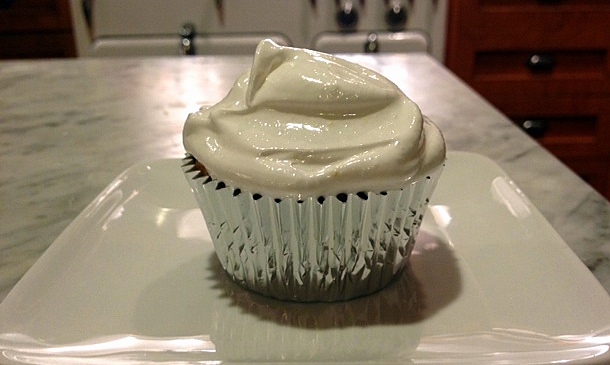 Quick, before the Olympics end in just a few hours, I present Gold Cake.  Now gold cake is not the gold standard of cakes. The name refers to its yellow color, derived from using only egg yolks in the batter.  (Silver cake -- not nearly as rich and in my opinion a second place cake -- uses only the whites.) 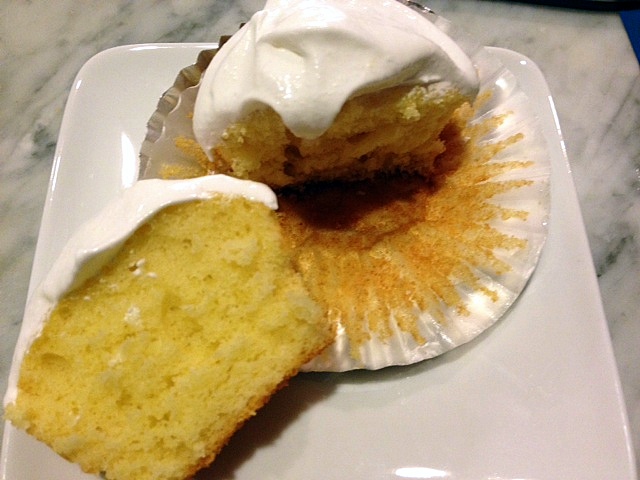 Unlike many people, I wasn't glued to the television during the Olympic games, though I enjoyed watching synchronized diving (who thought that one up?), the amazing gymnasts and am really looking forward to the closing ceremony performances.

I suppose the Olympics of baking has traditionally been the Pillsbury Bake-Off, but these days the sport is played out daily on all those competitive baking shows on television.

But I digress. This gold cake -- and there are many, many recipes for gold cake -- is really good.  The difficulty level is a 2.1 and the judges would surely give it a 9.5.  This is the perfect cake to make with all the egg yolks left over from that "virtuous" (no-fat) angel food cake you baked, or the more old-fashioned silver cake.

I decided to make cupcakes instead of a layer cake, and a limited edition (just half the batter) so I used three instead of the five egg yolks called for.  In baking, it's always best to round up. 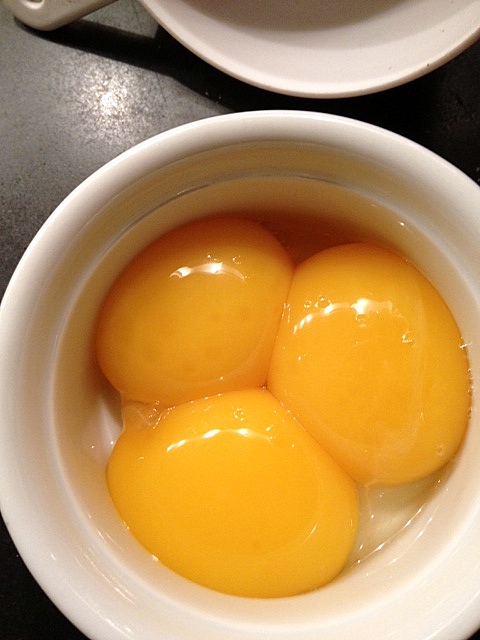 Like most old fashioned cakes, this is simple.  And like many recipes in my collection, this was simply a list of ingredients.  I wrote out the method below. 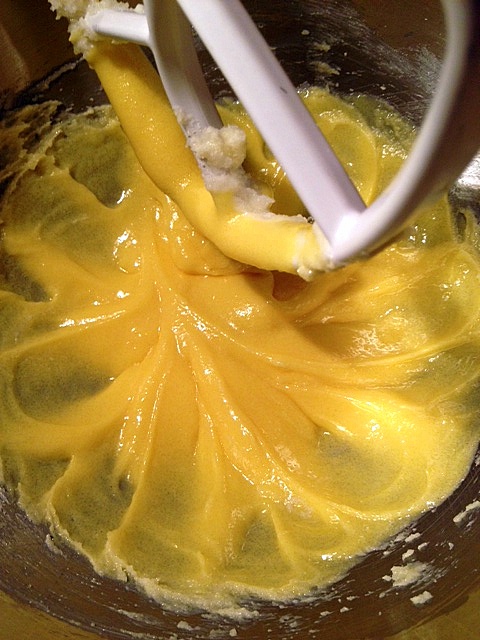 The challenge with cupcakes is knowing how much batter to put in each cup.  It's probably better to under-fill rather than overfill because you can make up the difference with frosting. 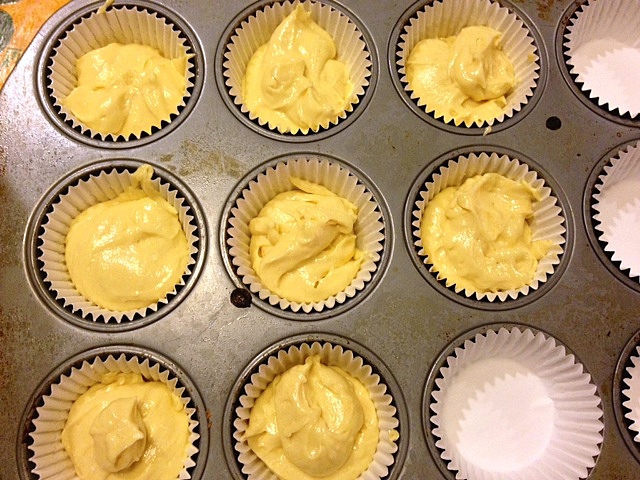 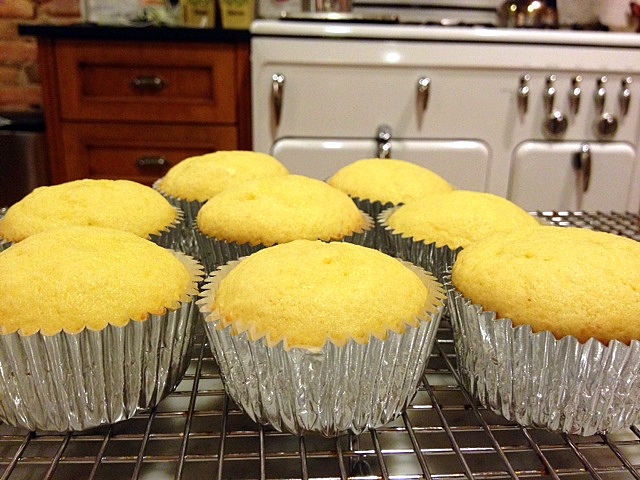 For the frosting, I chose Fresh Lemon Icing from the very first recipe box I bought many years ago.  It's a cooked frosting and difficult to make (leading me to ponder who thought that up?).  It involves standing over a hot stove, which is probably why I waited so many years to try it (but doesn't explain why I tried it when it was 95 degrees and 95 percent humidity). 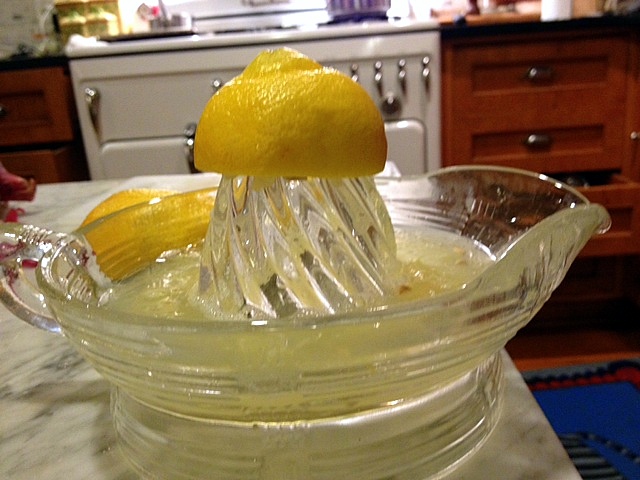 Because I was slaving over the hot stove, holding a bowl steady over a pot of boiling water, all the while whipping the egg white-sugar mixture, I didn't capture a photo of the process.  The final product is below.  It had a lovely lemon flavor and the consistency of  marshmallow fluff, but the sugar didn't completely dissolve.  This flaw was not visible, but it was a bit grainy on the tongue.  (That did not stop any of the Henry Street Settlement staff from eating every last cupcake!) 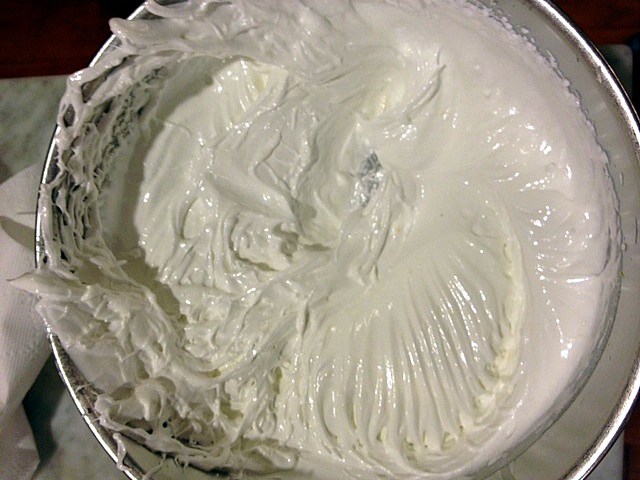 I used an electric hand mixer, but the recipe calls for a rotary beater.  I have a collection of these, and do enjoy their steampunk quality, but I truly can't imagine making this frosting using this old-fashioned contraption.  It took me 15 minutes aided by electricity; it would take double or triple that without. 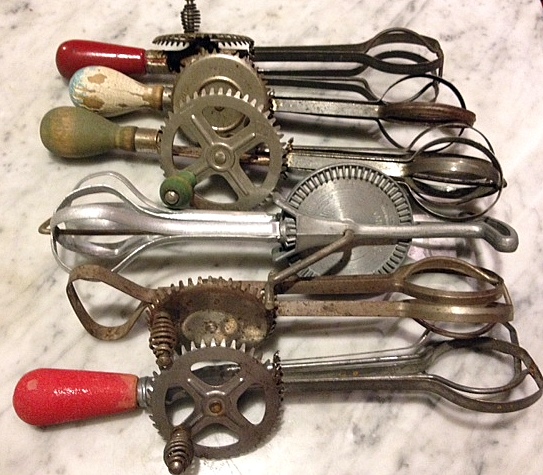 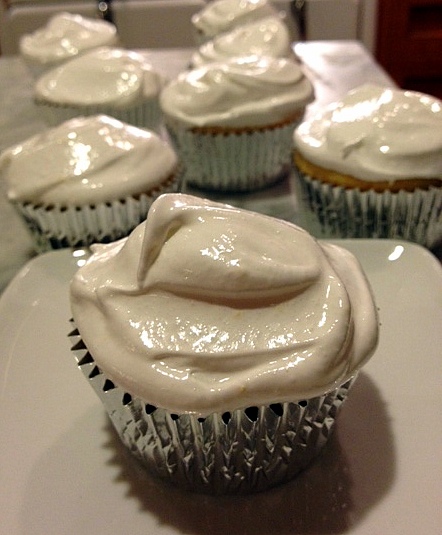 Note (to continue the Olympic theme) that the recipe calls for Gold Medal Flour! Though I much prefer Daisy Flour or, when I can't get Daisy, then King Arthur.

Gold Cake method
Preheat oven to 350 degrees. Grease and flour two 8 inch cake pans.
Cream butter and sugar.
Add egg yolks, one at time, combining well.
Combine four, baking powder and salt in a bowl.  Add the dry mixture to the butter sugar alternately with the milk, beginning and ending with the flour mixture.
Stir in the flavorings.
Pour into pans (or cupcake tins).
Bake until done (center springs slightly when touched or a toothpick comes out clean, or both)
Frost with Fresh Lemon Icing or your favorite frosting. 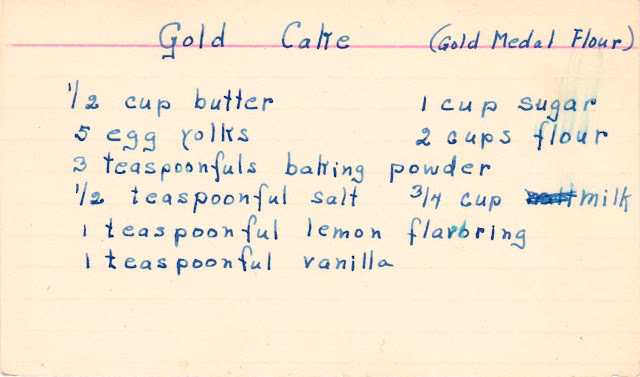 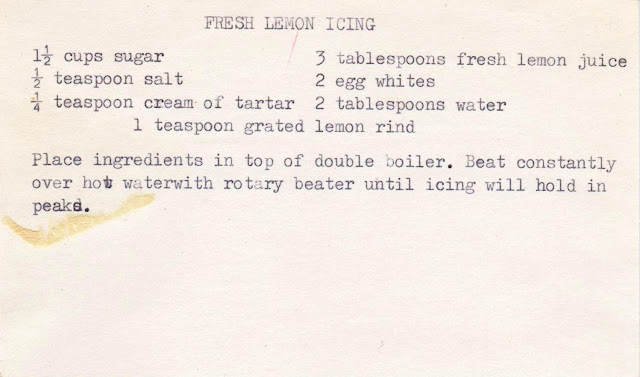