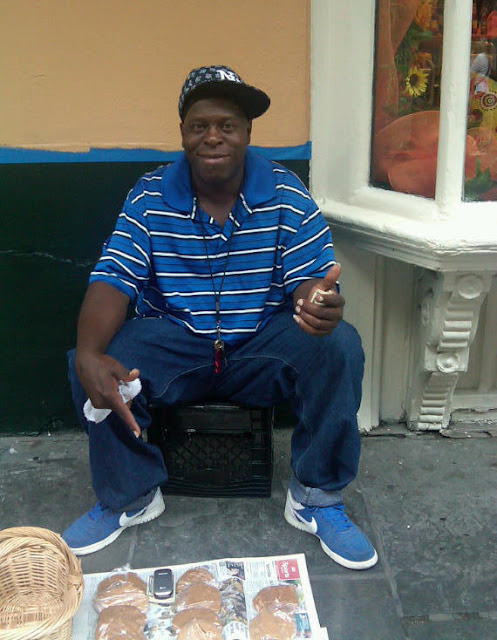 I promised myself that I wouldn't buy even one praline while in New Orleans, but who could resist the homemade pralines being sold by a street vendor on the corner of St. Peter's and Royal Streets.  They were made with brown sugar and really tasty, even if their merchandising wasn't the most appealing. 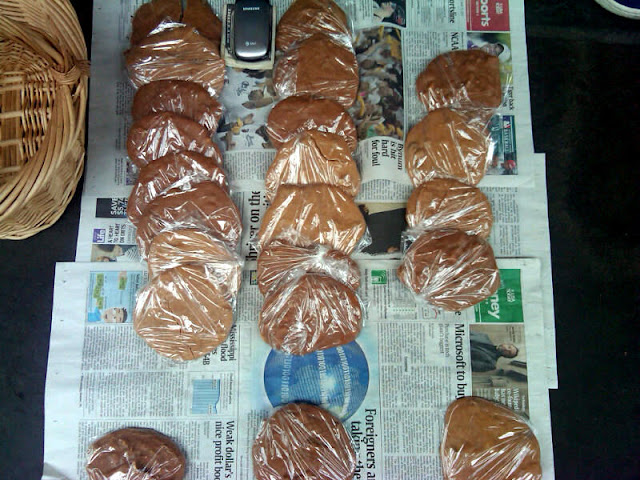 And in every drug store and supermarket in the city, I saw these intriguing packages of Hubig's Pies, so of course I bought one. 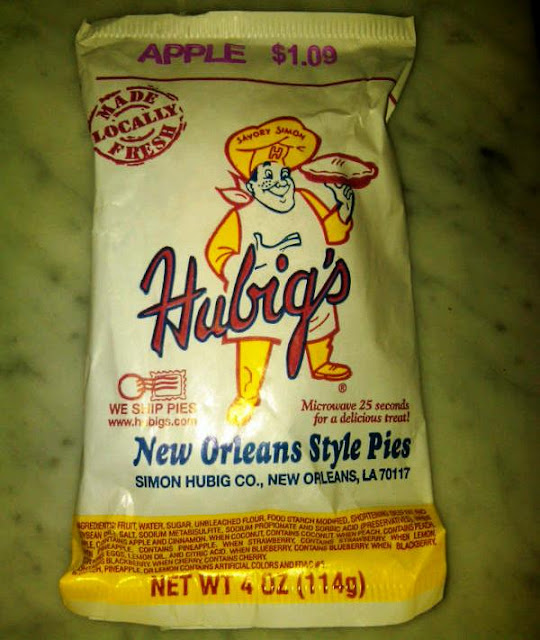 When I got back to New York, I popped one in the microwave for 25 seconds, as directed.  And it was amazingly delicious.  A little research revealed that these are made in the Fauberg Marigny neighborhood of New Orleans, and the "factory" uses few automated machines, relying mostly on real people to make the pies.  Oh, and they use lard in the crust, which makes them even better.  So, the moral is, even in Walgreens good pies can be had.  At least in New Orleans.
Posted by Susan at 11:17 PM