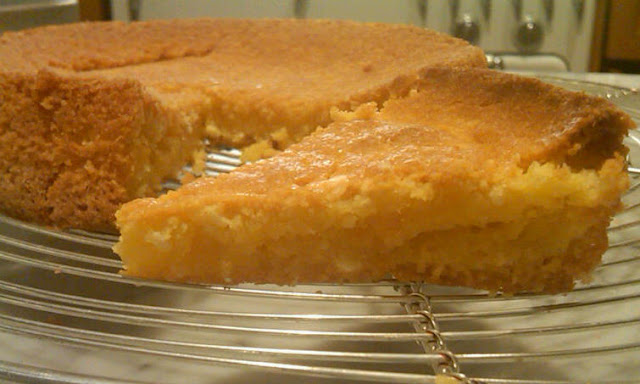 One of my favorite Xmas gifts this year was the c. 1955 Molly Goldberg Jewish Cookbook by Gertrude Berg, based on the television character (You Hoo, Mrs. Goldberg) that she created and who I discovered *only* 60 years after the show aired. 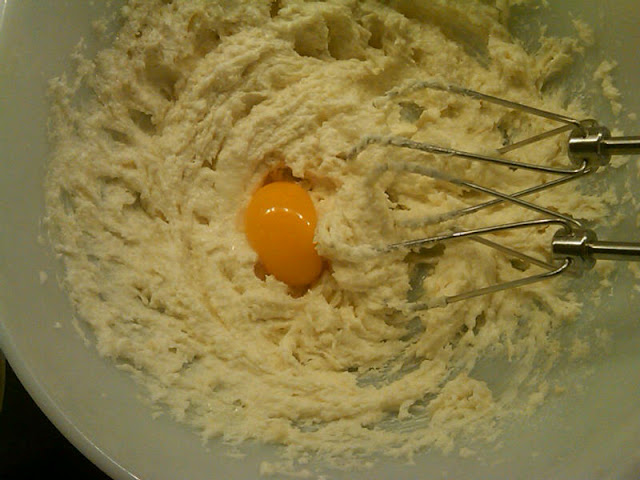 The cookbook has a lot of fabulous recipes, but this one is really outstanding. Not only is it decadently rich and delicious, but it so perfectly captures the 1950s love affair with the novelty of TV.  Almond Television Pastry got it's name because it was made to be eaten while watching television (perhaps right after the family had finished their TV dinners).  Mrs. Goldberg said,  "My recipe is figured for six people looking at television for an hour.  For a two-hour show, double the recipe." 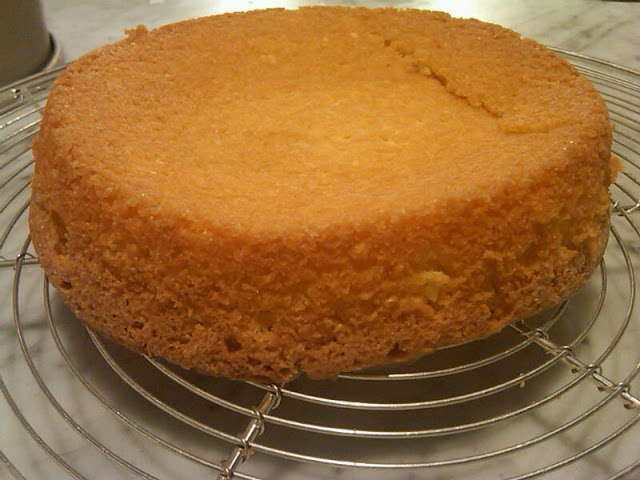 The television pastry made my own New Year's Day sweeter, when I enjoyed it while watching the Twilight Zone marathon.

Preheat oven to 350.
Cream butter and add sugar gradually, beating until thick and light in color.  Mix the almonds, flour and salt together.  Add alternately with one egg yolk at a time, until all have been added.
Grease a baking pan, about 8 x 10 inches and dust lightly with flour.  Pour mixture into it.
Bake for 35 minutes or until crisp and lightly browned.  Cut into squares while still warm.

Notes:  I halved the recipe, and made it in an 8 inch round pan.  Next time, I'll use a 9 inch pan.
If you don't buy almonds already ground, simply put whole almonds in a food processor and add a bit of sugar, which prevents it from turning into almond butter.  Process until fine.
Posted by Susan at 8:28 AM