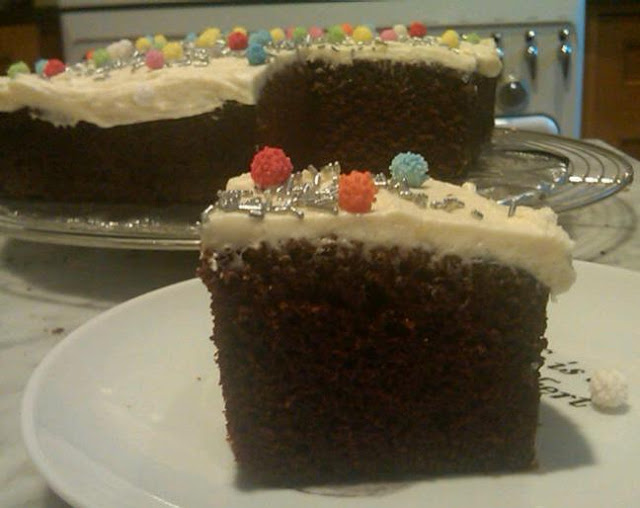 What a great cake -- easy, delicious and a total surprise, for I had made it only as a platform on which to spread my latest amazing discovery, gravy icing. 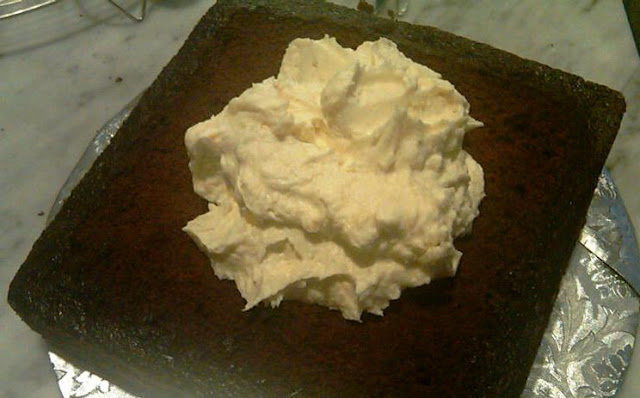 Gravy icing (also called white icing) is exactly the sort of recipe I hoped to find when I began my quest to uncover treasures from the past.  It's unusual, foolproof, delicious, fluffy, holds up on a hot summer day, in short, everything you want a frosting to be.

This discovery is especially welcome since frosting has long been my Achilles heel.  I've made classic buttercream, neoclassic buttercream, seven minute boiled frosting, Swiss and Italian meringue frosting, whipped cream frosting and so many more, but nearly all fell short in one way or another.  Too complicated, too grainy, too buttery (yes, that's possible), too unpredictable.  The list goes on.  I failed to find my go-to frosting --- until now.


The oddly named gravy frosting was born in the Depression and gained popularity for it's economy, ease of preparation and reliability.  Not to mention that it has the texture of beautifully whipped cream and a pleasing and not-too-sweet flavor.

The recipe is odd, calling for flour cooked with milk until it forms a paste (think old-fashioned white sauce). But trust me on, this.  It works and works beautifully. You'll never go back.  You must continue whisk or stir the flour-milk mixture until it forms the paste and let it cool completely.  And you must beat the frosting for a very long time -- a standing Kitchen Aid mixer makes easy work of this.  I used butter (not the Oleo and Crisco called for in the recipe) and it worked fine.

And when you make gravy icing, consider baking Betty's Chocolate Cake at the same time.  It may have started as a mere platform, but it turned out to be a really good cake. 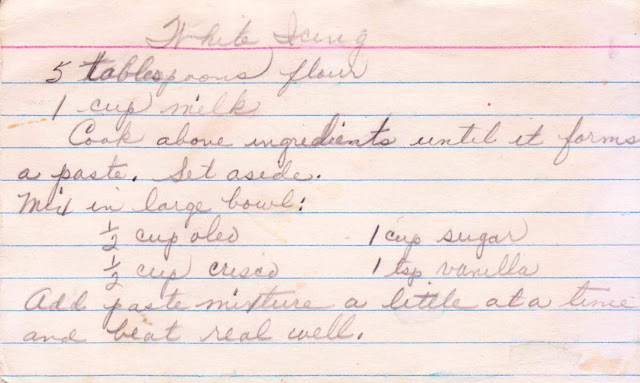 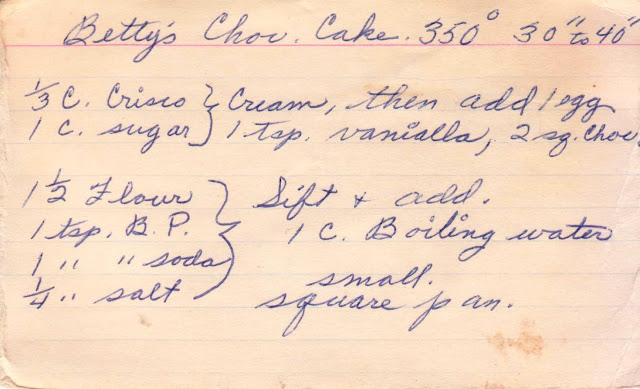