Doesn't Brown Sugar Pudding sound delicious?  I thought so, too, and decided to make it to bring to a dinner party Saturday night.


The recipe was quite unusual, which added to the intrigue.  I had never encountered this technique: boil up some brown sugar, butter and water, and then add dollops of cake batter atop the liquid and bake in the oven. 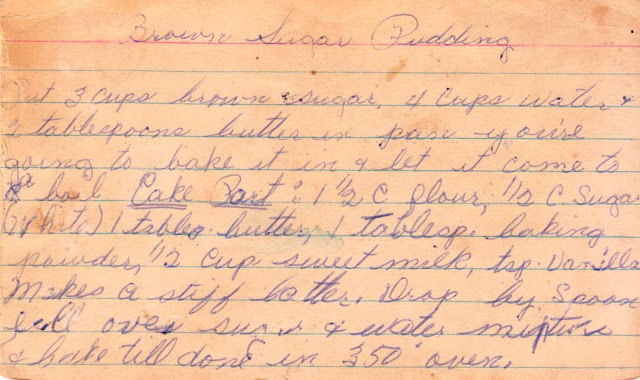 As I prepared this oddity, I had the sinking feeling it wouldn't work.  But you know when you're positive you failed a test, and then engage in magical thinking, i.e., praying that some miracle occurred and you passed with flying colors?  That's what happened to me.  Although the further I got into the recipe, and less confident I became, once it was in the oven, magical thinking took over.   I was hoping for some radical, pastry world rocket science physics-defying transformation in my oven.


But it what emerged from the oven was not some smooth and delicious Brown Sugar Pudding.  It was Cake Soup.  A crunchy cake layer floating on a soup of liquid brown sugar.  Although it actually tasted pretty good, there was no way I was going to take this soupy mess on the subway to a swanky dinner party in Chelsea. 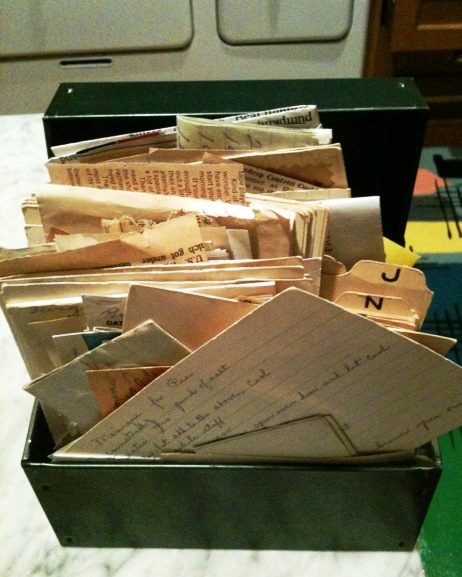 This recipe card is from a filled-to-the brim recipe box that DH bought on ETSY and gave to me for Christmas.  It was full of promise, and nearly 150 recipes.  But now I'm a bit suspect, for the first recipe I made from the box  also failed.  Sweet Chocolate Cupcakes did taste good, but the batter cemented itself to the paper liners, making it impossible to eat the cakes without ingesting a bit of paper too.  That's the kind of fiber you don't want.

My sister-in-law Margaret (and A Cake Bakes enthusiast) who was visiting and witnessed these two disasters, put forth this theory:  As soon as the owner of this recipe box died, her family all said: Quick, let's get rid of Granny's recipes, she was such a horrible baker. 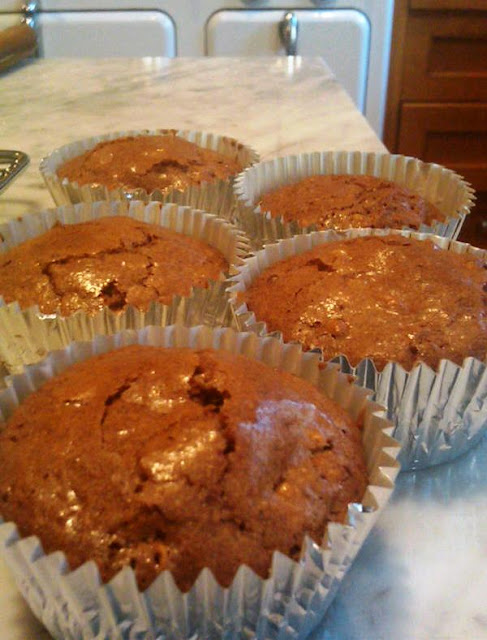 The failed Sweet Chocolate Cupcakes, above.