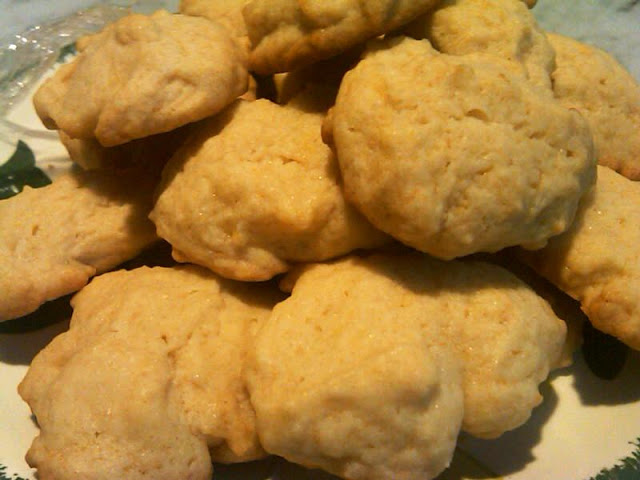 I love when worlds collide, like last week when I made Honey Delight Cookies from a c. 1915 recipe and used honey harvested from my neighbor's c. 2010 beehive. 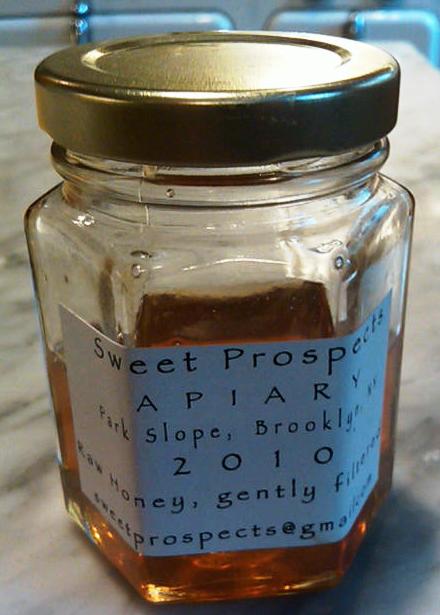 Today's constant buzz to eat locally grown and produced foods was not a movement, but a way of life, for many of the women whose recipes I use.  Back then, most food they consumed was local and naturally the exotic, imports like dates and bananas, held high appeal. 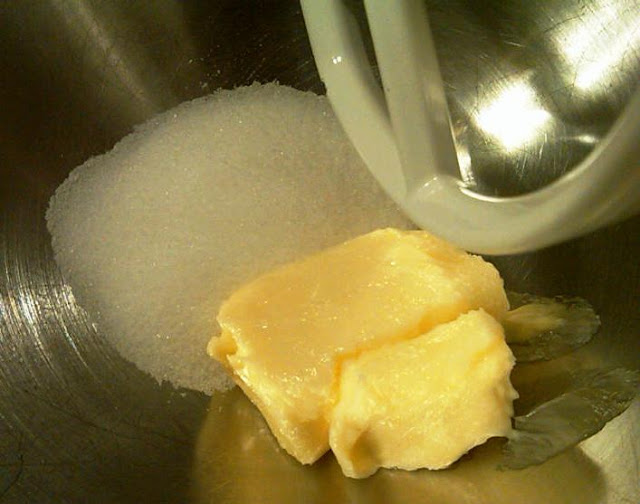 These honey cookies are indeed delightful, as their name suggests.  They are simple to make (though they call for the separation of eggs and the beating of the whites -- typical in a cake but unusual in a cookie).

There's no mistaking these cookies for store-bought with their rustic appearance.  And for such small and easy cookies, they  pack a lot of flavor; both the honey and the lemon are quite pronounced, which is a good thing. 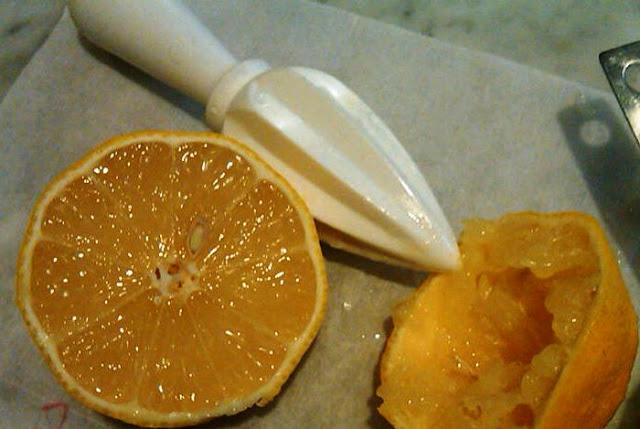 The honey I used could have been even more local -- from my own garden.  Two summers ago, I considered hosting a beehive (after being contacted by a couple of beekeepers), but DH would have no part of it.  (See his blog post here.) I also discovered that beehives do not make good neighbors after Vicki, who lives next door, told me she was allergic to bee stings.   So for the moment, I must rely on the generosity of my neighbors Robert and Marcy to keep me supplied with "down the block" honey. Which is absolutely delicious, by the way. 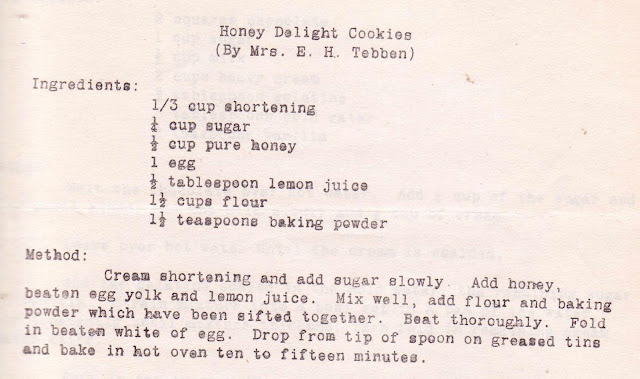