Peach Cobbler = a Day at the Pool 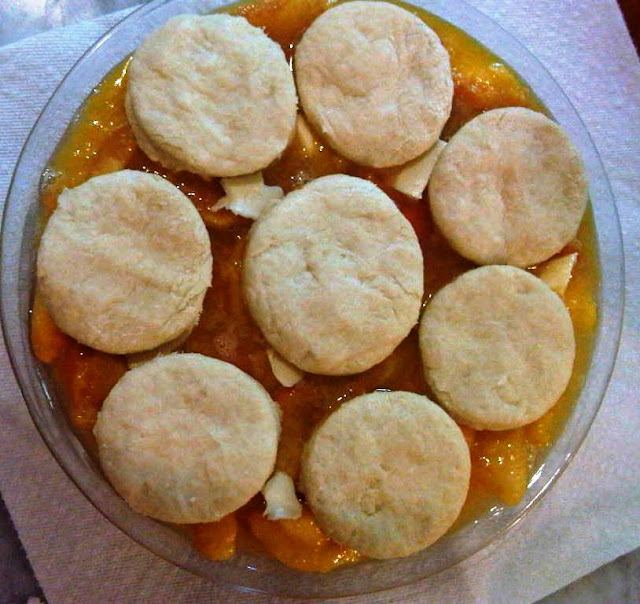 To escape the heat and humidity which seem to have taken up permanent residence in New York, DH and I graciously invited ourselves to the beautiful Connecticut house where our friends Karin and Jim have lived since they moved from Brooklyn more than a decade ago.

A day of swimming in their spectacular gunite pool, sipping Jim's ambitious signature cocktails on the deck and feasting on Karin's delicious cooking --what could be better? 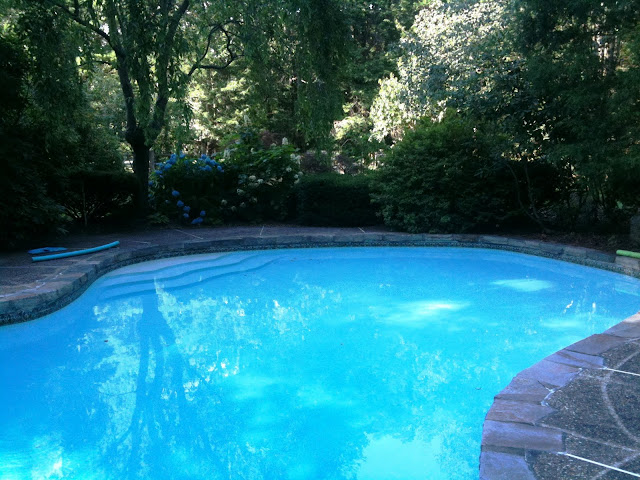 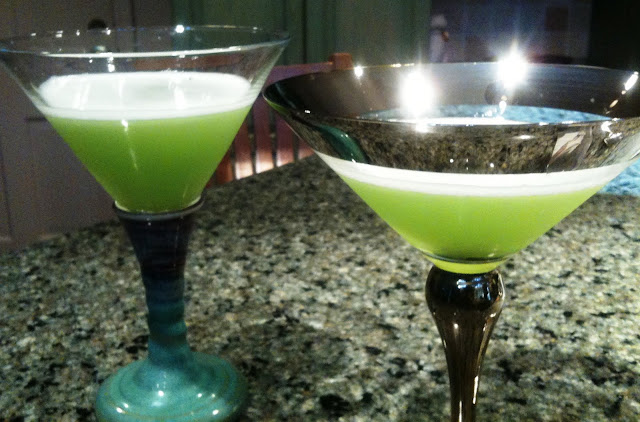 Of course, I'd bring dessert.  But because of circumstances I should have controlled, but chose to ignore, I only had an hour to make something.  I spied a basket of juicy peaches from the farmer's market, found a do-able recipe in The Settlement Cook Book, turned the oven to 350 degrees and began -- my version of ready, set, go. 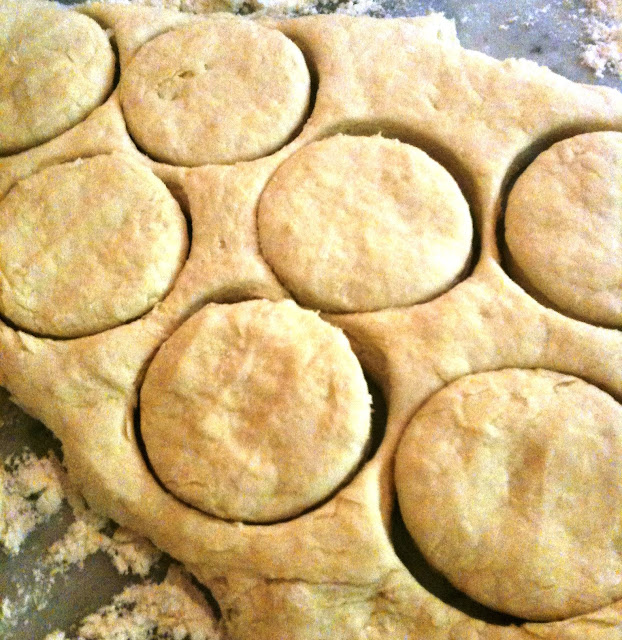 Since I had insulted the biscuit by substituting (and raving about) a one-egg cake for my strawberry shortcake this spring, I decided to give the lowly biscuit another chance here.  These were excellent -- easy to make, delicious and very satisfying.  Biscuits have officially recouped their lead role in the fruit dessert world. 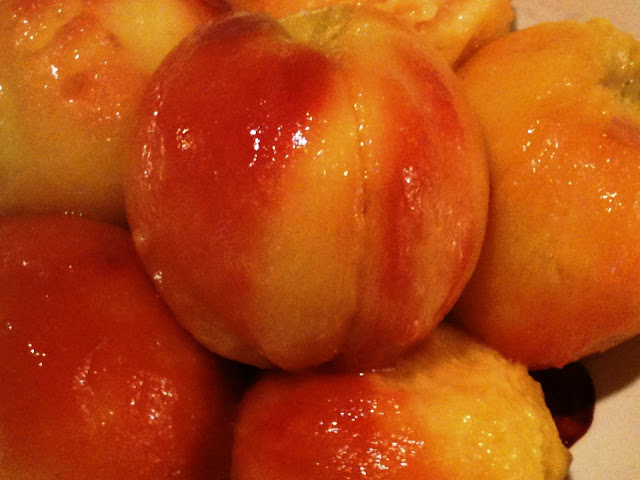 But even before I made the biscuits, I began the task of peeling the peaches.  The easiest way is to drop them into a big pot of boiling water for just a minute or so.  Fish them out with a slotted spoon, let them cool a bit and their skins should slip right off, revealing their beautiful, glistening flesh.

So this had all the makings of a really good dessert, but it just didn't work.  The problem with baking is that so many things can go wrong.  I used a pie plate when an 8 inch square pan would have been so much better.  I added too much butter (yes, Virginia, it is possible); it didn't blend in and instead turned into a thin layer of fat atop the fruit.  The fruit to biscuit ratio was a bit off, and there didn't seem to be any relationship between the biscuit and the peaches.  They were like next door neighbors who just waved, but never embraced. 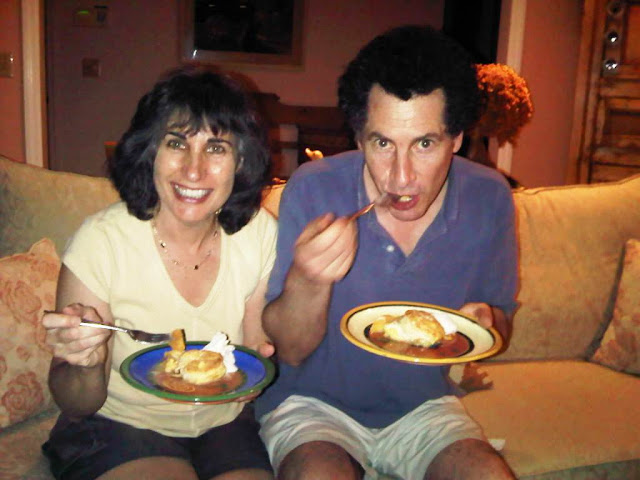 But, Karin and Jim (above) certainly seemed to enjoy it, though they have a long history of being very diplomatic eaters indeed.  Like the time I served cod stew, filled with bones, because the cod I was pan roasting just fell apart. Let's just say that they endured many meals that fellow blogger Paula Bernstein of Undomesticated Me would instantly recognize. We won't even mention the time their daughter Nicole said, after dinner at our house, "She went to culinary school and she's serving us CHILI!"

That's what good friends are for. They stick around even through the bad times (and bad meals).
But do try the biscuits!