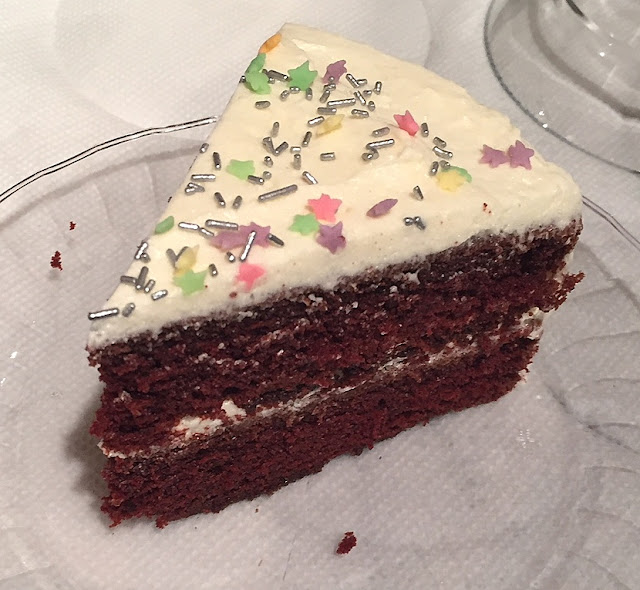 This Family Chocolate Cake recipe is not my family's -- it belongs to the Wenzel family whose son Ryan worked for me a few years ago. It was passed down from Ryan's paternal grandmother and the go-to cake for all family birthdays. After he shared the recipe, I baked one for his farewell party. Although it was delicious, and a big hit, I never got around to blogging about it. Until now.

We celebrated my niece Jessica's birthday last weekend because it happened to fall on Honeyball Day, our family tradition where we make strufoli, an Italian confection from my husband's childhood. I'm not a fan, but it's a fun day. However, I am a big fan of this old-fashioned chocolate cake with white frosting, also called "gravy" frosting. You'll see why below. 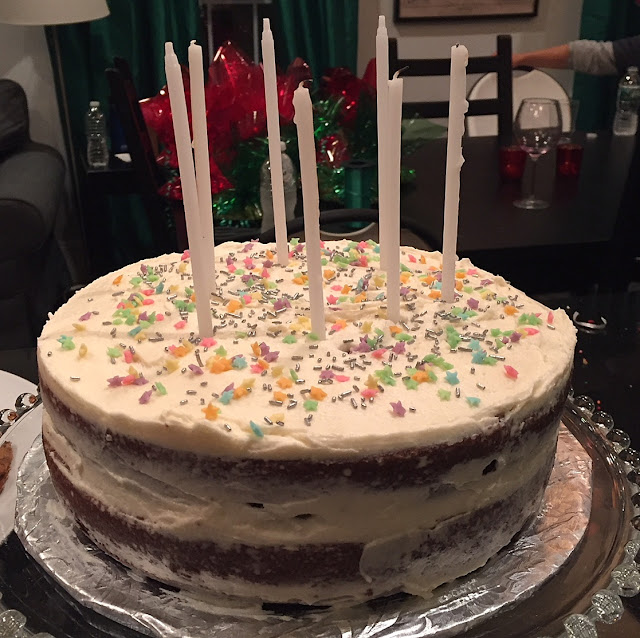 Start by melting the butter and chocolate in water. 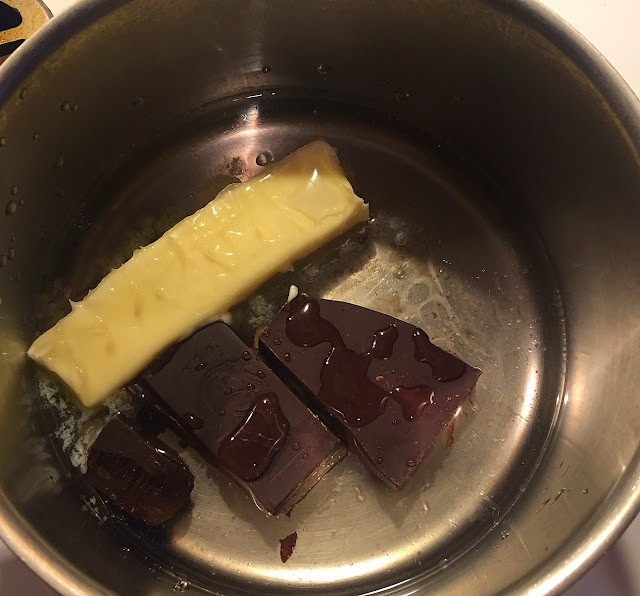 When it's smooth, remove from the heat and let it cool to room temperature.  Because chocolate is the star, it's better to use good quality (i.e., not a supermarket brand) chocolate. I used Scharffen Berger, one of my favorites. 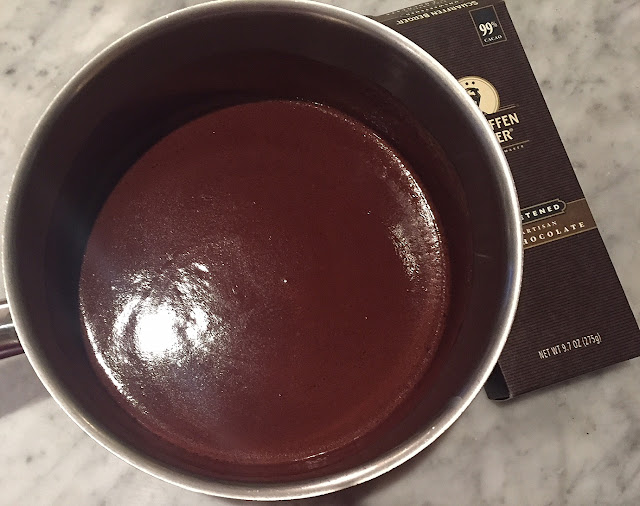 Next, start the batter.  It really couldn't be easier. 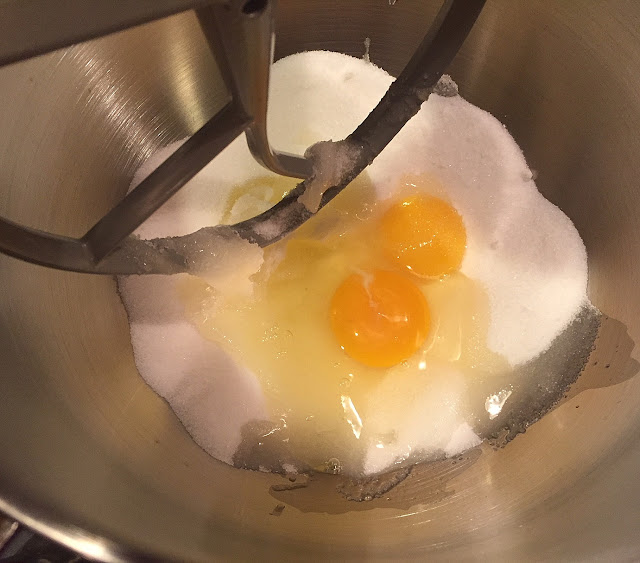 Add the chocolate mixture to the batter and incorporate. 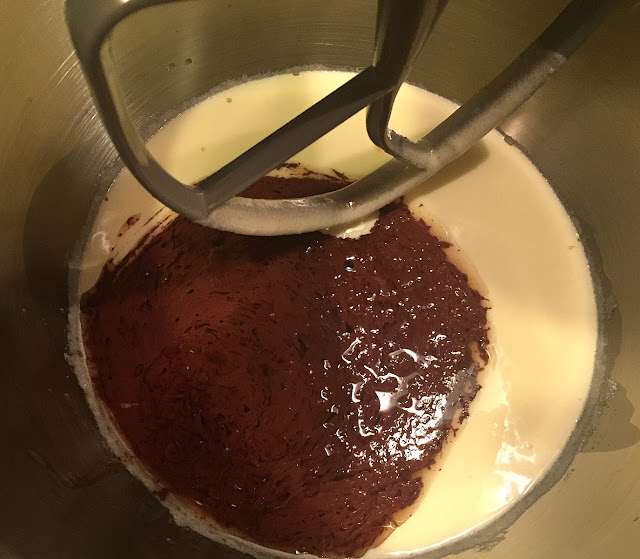 After adding the dry ingredients and sour cream, pour the batter into greased and floured pans. 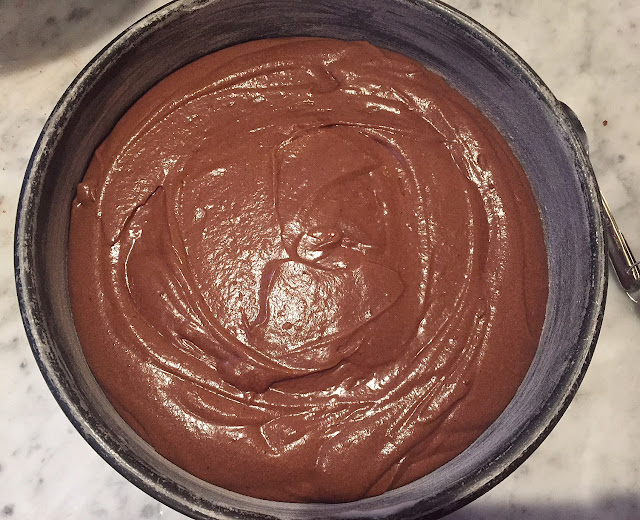 Remove from the oven, cool on a rack for about ten minutes, then turn the cakes out from the pan to completely cool. Ryan once skipped this important step, and frosted a warm cake, with rather unfortunate consequences. 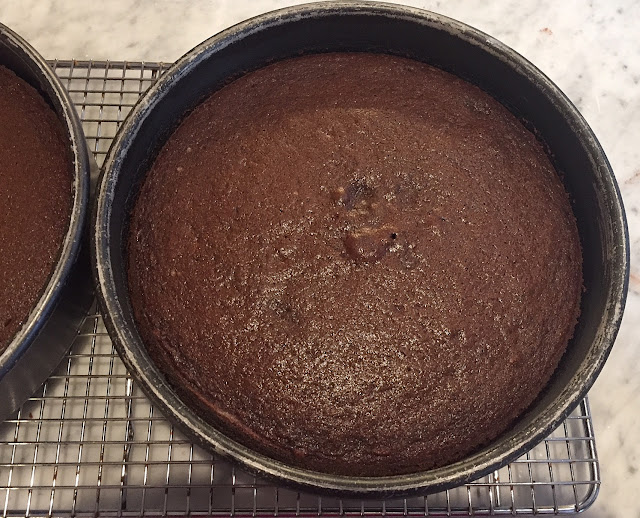 While the cake is cooling, begin the frosting. It uses flour (!)) which is why it is often referred to as gravy icing. It's a very old recipe and one that should be returned to the American frosting repertoire. I screwed this up the first time by overcooking the flour and water mixture. You want it to be thickened, but not so much that it congeals, as below. Lesson learned. 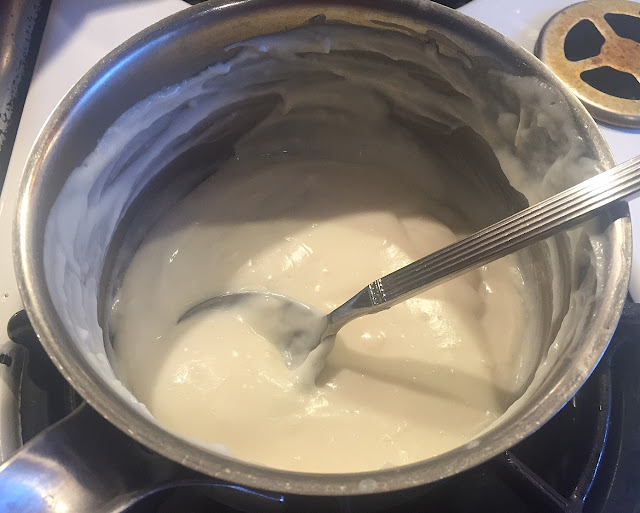 Cream the butter and sugar, then add the cooled "gravy" mixture and continue beating until light and fluffy. 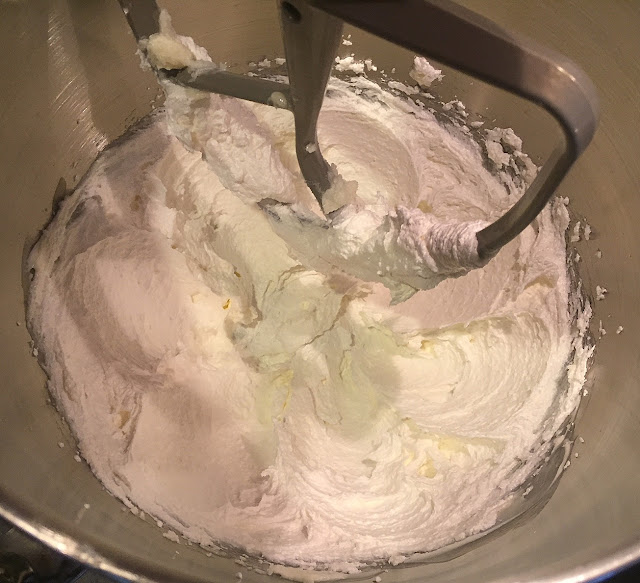 Frost the cake. As you can see at the top, this didn't make quite enough frosting to completely cover two nine-inch layers, so I made a naked cake, all the rage these days. However, if you plan to do so, even off the cakes completely (cut the domes flat) so the side frosting doesn't gather in the gap. 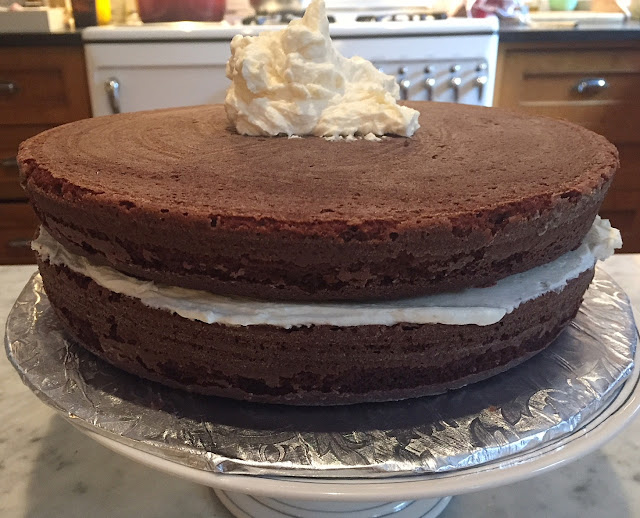 Production notes: I followed this recipe exactly, except I substituted butter for the margarine.  I baked it in two nine-inch round pans -- but didn't have enough frosting. If you want to fully frost a two-layer cake, increase the frosting amounts by 50 percent. I baked the cakes for 25 minutes. Check for doneness at 20 minutes by inserting a toothpick into the centers. (Also, Ryan just let me know that the original recipe calls for semisweet chocolate, though the unsweetened works fine.) 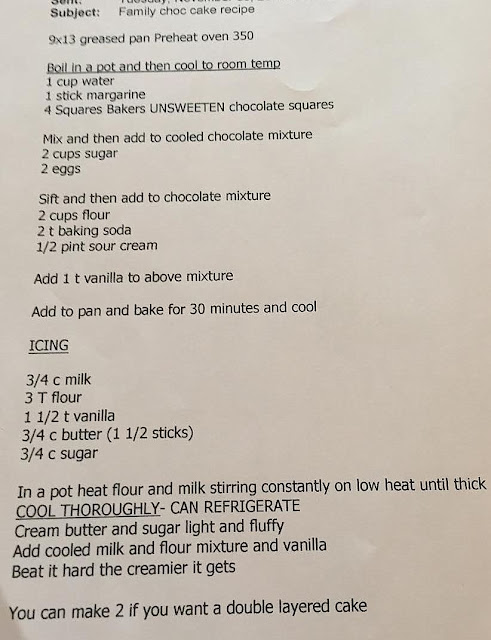 The birthday girl, Jessica, below. Not only was she elected to the Alpha Omega honor society in medical school, and matched to her first choice for residency, she is about to become chief resident in pediatrics (a specialty that will be very welcome in our family in a few months!), and plans to follow with a fellowship in pediatric intensive care. 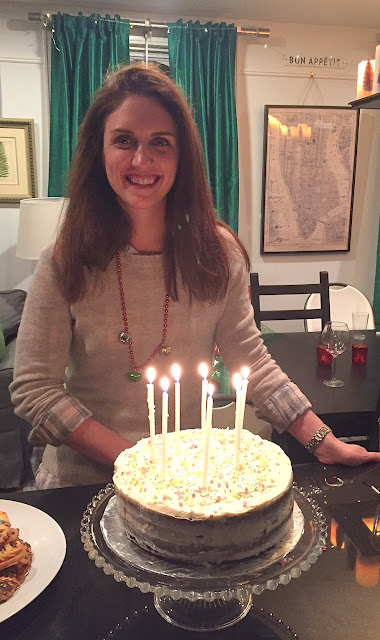 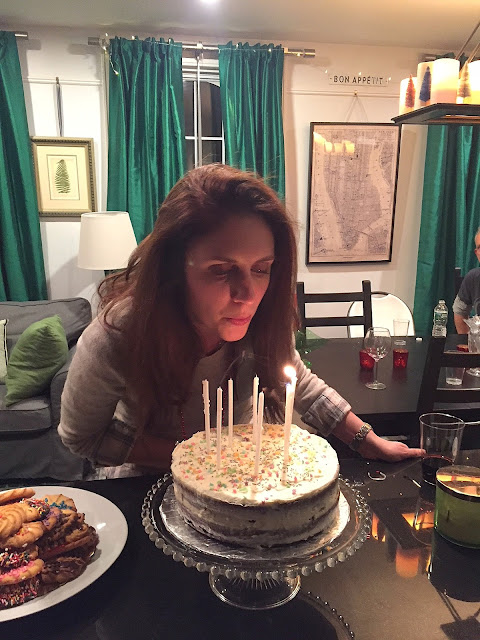