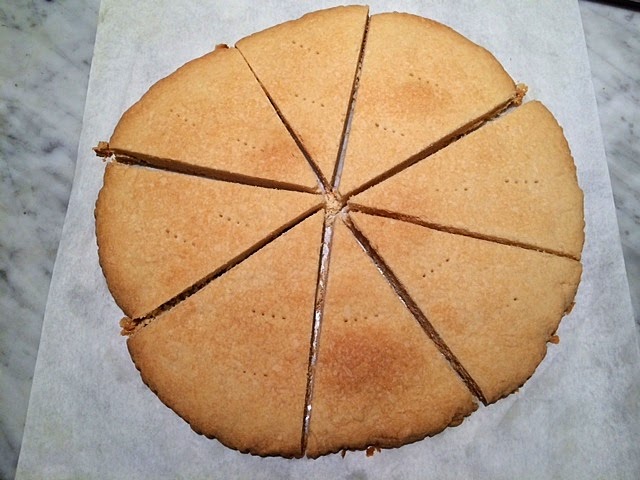 Scotland may not have gained independence after yesterday's historic election, but it will always have its most famous pastry -- Scottish Shortbread.  While the vote was being tallied, I decided to bake this country's greatest gift to the pastry world -- an easy and delicious wonder of a cookie.

Traditional shortbread has just three ingredients: sugar, butter and flour. I was lucky enough to have a recipe from Olive Facey whose family was originally from Alloway (birthplace of Robert Burns), given to me by her son Stephen shortly after she passed away a few years ago.

Despite her Scottish heritage, Olive's recipe calls for confectioner's sugar, while the the truly traditional cookie uses white sugar.  But the result was fantastic, proving that one can certainly improve upon tradition.

Start with room temperature butter. Blend it well with confectioner's sugar and gradually add the flour. 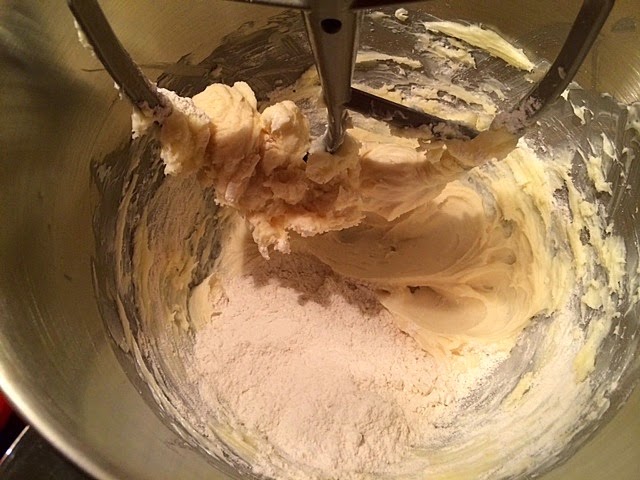 When it's all blended, it will be a bit lumpy.  Simply remove from the mixing bowl and form it into a smooth ball. 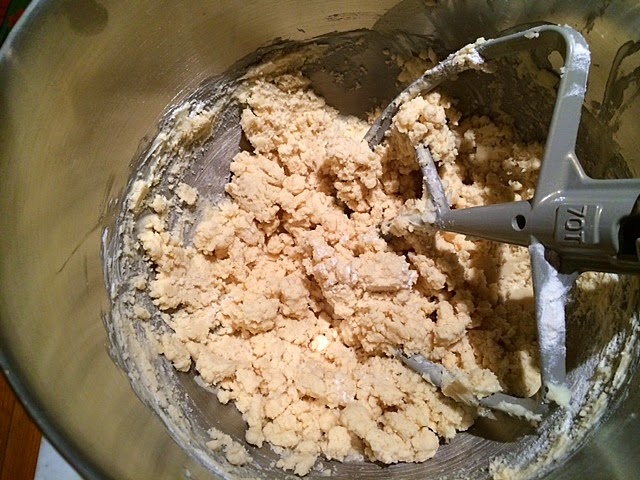 This recipe makes a very stiff dough.  I rolled it between two sheets of parchment to get a (not perfect, but good enough) circle.  You can also use a cookie cutter to make smaller cookies. 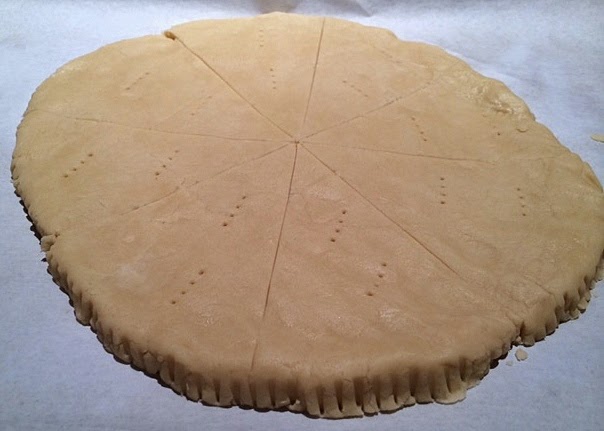 Crimp the sides of the dough with the tines of a fork. Pierce the top with the fork as well. Using a serrated knife, score the dough to make for ease of separating the pieces later. 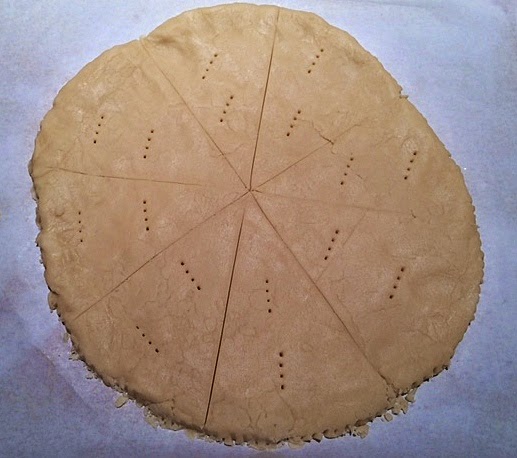 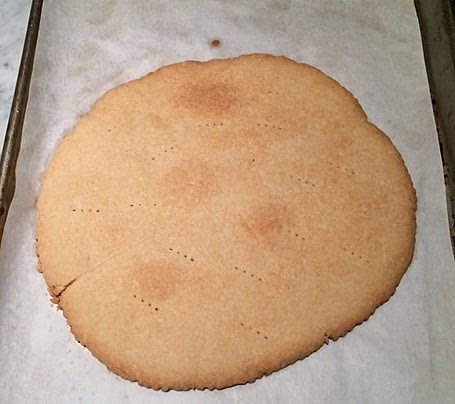 Cut into triangles and enjoy! 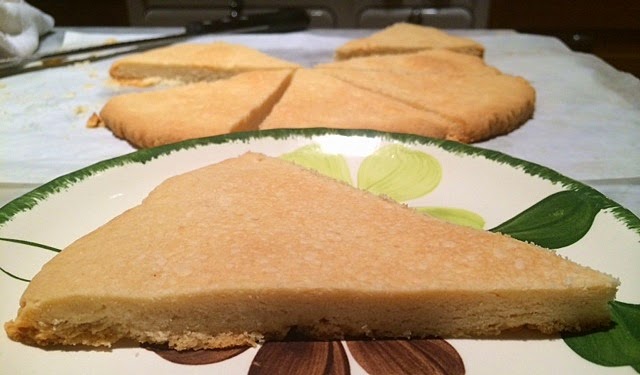 Production notes:  I made the first recipe because, even though Olive suggests that the second one "might" be her mother's recipe, it is less traditional, using cornstarch in the mix.
For the method, I beat the butter until soft, added the sugar and then gradually added the flour.  Then I formed it into a ball and rolled it between two sheets of parchment.
This shortbread was done in 30 minutes, so watch the oven closely. Some people say that shortbread shouldn't brown at all. 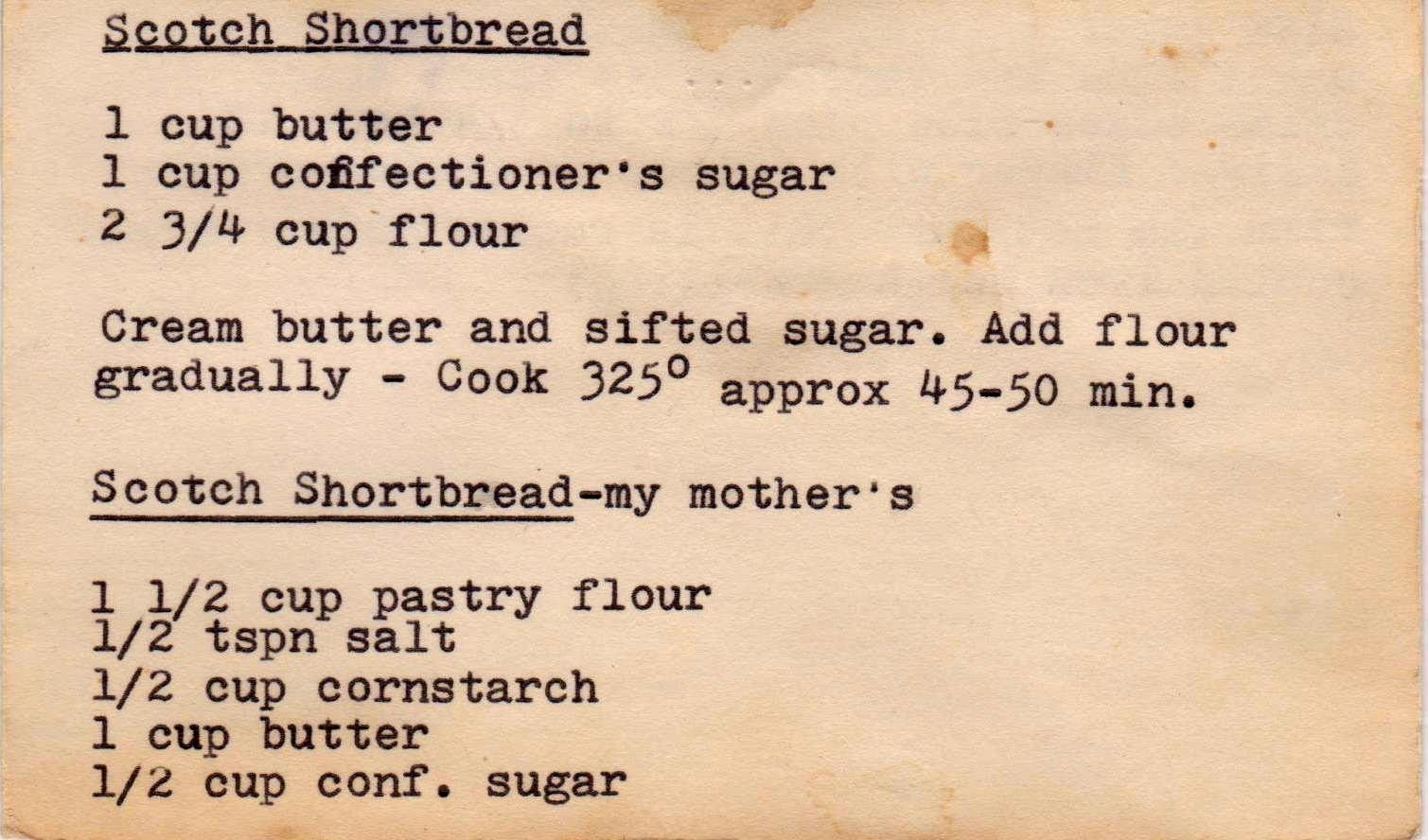 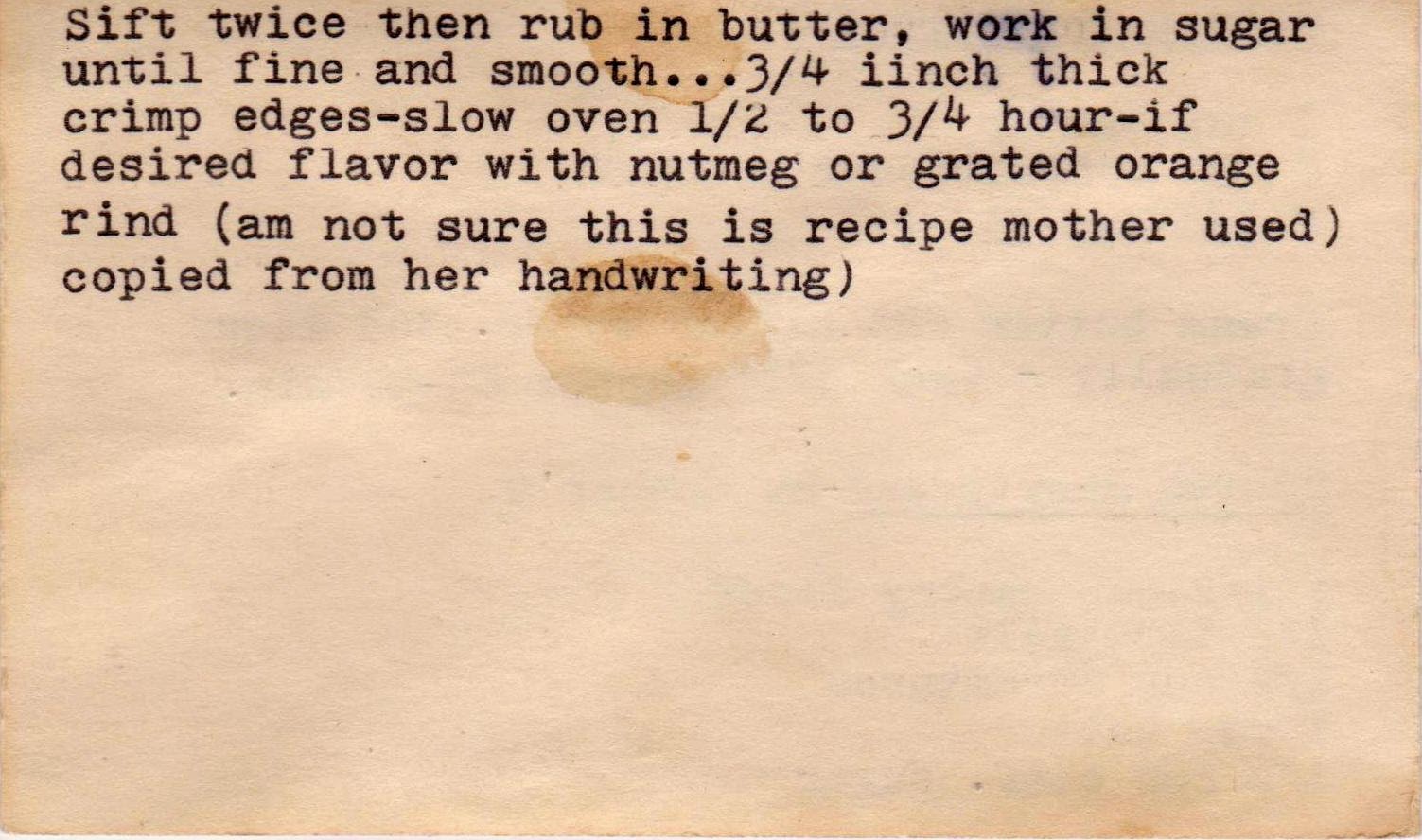