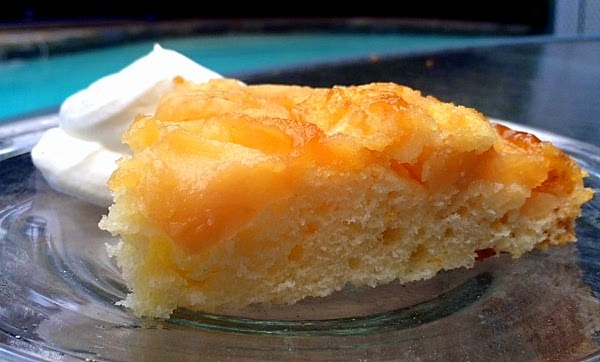 You know that saying, Don't believe everything you read?  That, I discovered, applies to this vintage recipe card.  Despite the title, this is NOT apple pan dowdy, but instead an apple upside down cake. Apple pan dowdy -- the real one -- features apples covered with a short dough (think pie crust) that is"dowdied" up by putting the dough on top in pieces. My recipe is a traditional lemon yellow cake baked atop sliced apples.

It's pretty good, and a refreshing change from traditional apple cakes that incorporate diced apples directly into the dough. In fact, it's an American version of the French classic, tarte tatin.

Begin by peeling and coring some apples.  I used an apple corer, which made the task a little easier, but not much. If you haven't one, simply slice each apple in half and cut out the core with a paring knife. 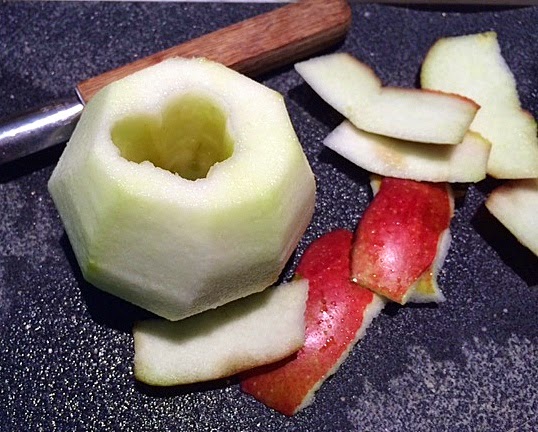 Grease an eight-inch pan and arrange the apples in a nice pattern. No need to obsess, just don't throw the apples in the pan. Sprinkle with brown sugar. 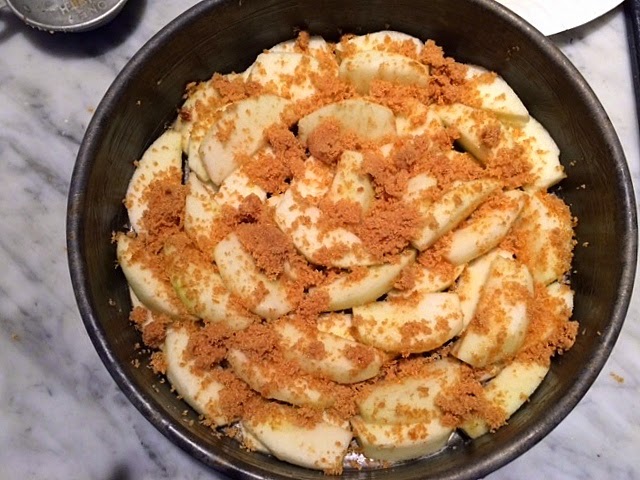 Mix up the batter and add the lemon zest. 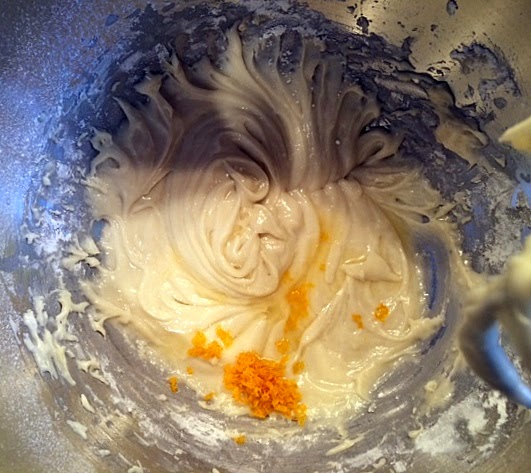 Spoon the batter over the apples and 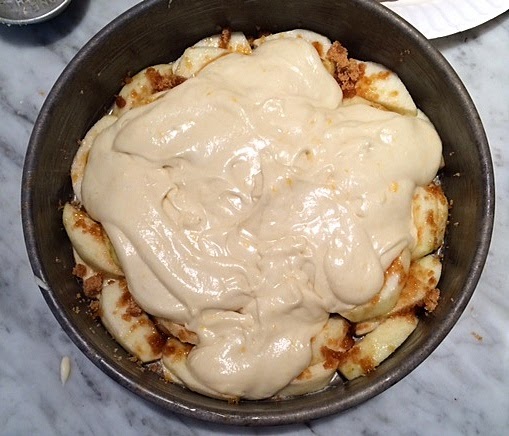 spread it evenly, so that it covers most of them. Bake for 20 to 30 minutes. 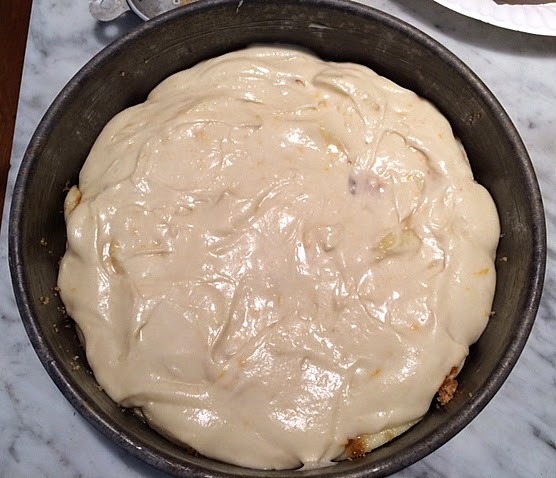 Remove from the oven when the top is golden. 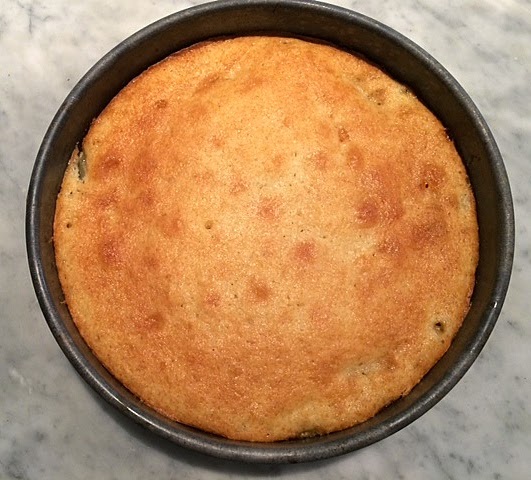 When it's still quite warm, run a butter knife around the edge and turn out onto a dessert plate.  This (below) will happen (at least it did to me both times I made it). 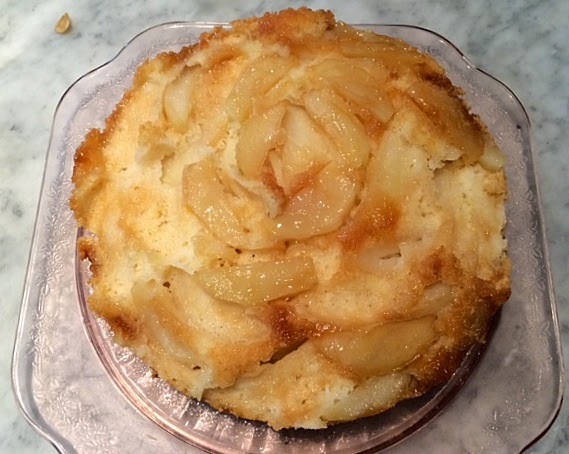 Some of the apples and the caramelized brown sugar will remain in the pan.  With a very small offset spatula, or butter knife, carefully lift the slices from the pan and place atop the cake. No one will be the wiser. 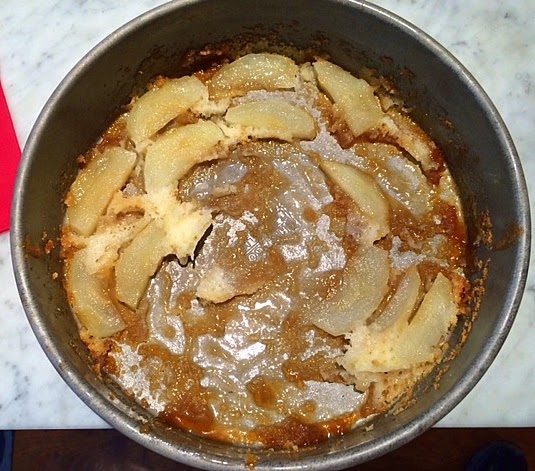 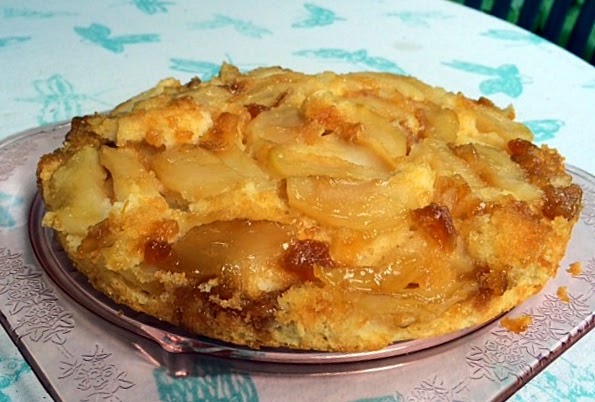 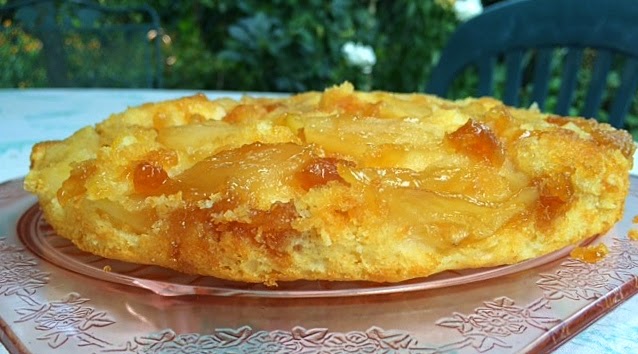 This cake is best eaten the day it is baked and is improved by serving with a dollop or two of whipped cream. I brought this to a friend's house in Connecticut, along with a container of heavy cream which I whipped, appropriately enough, with her old-fashioned egg beaters. 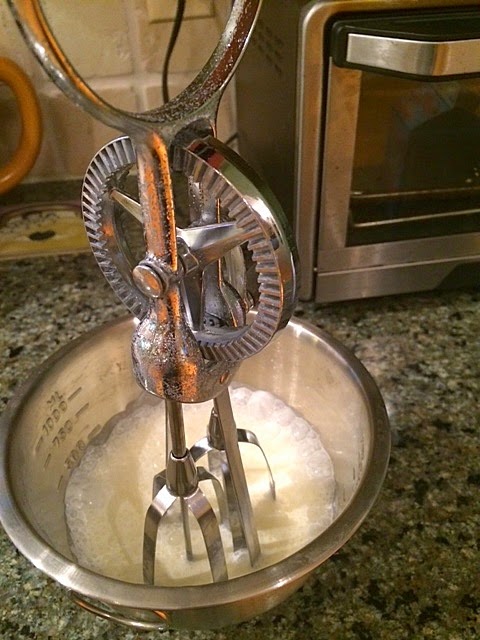 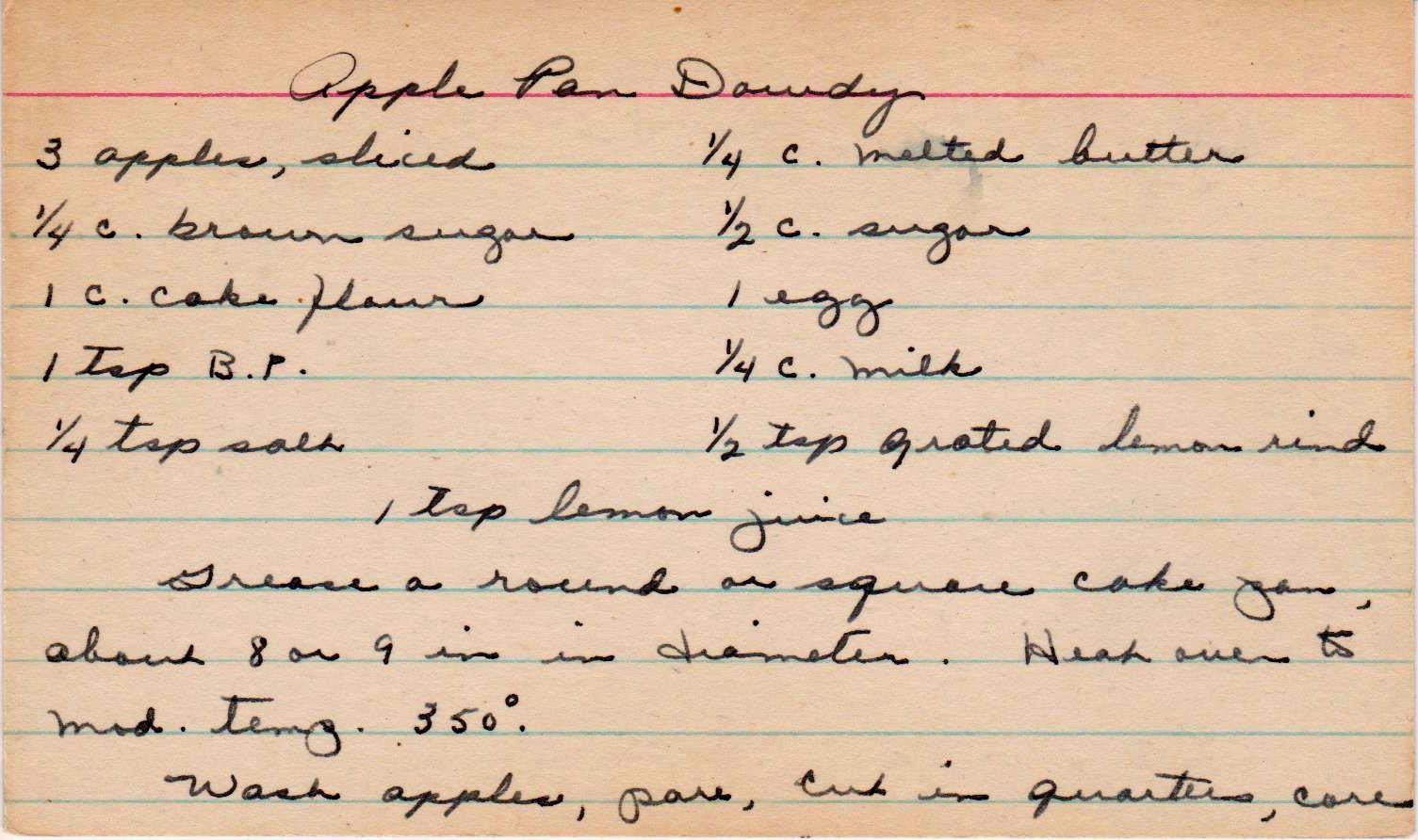 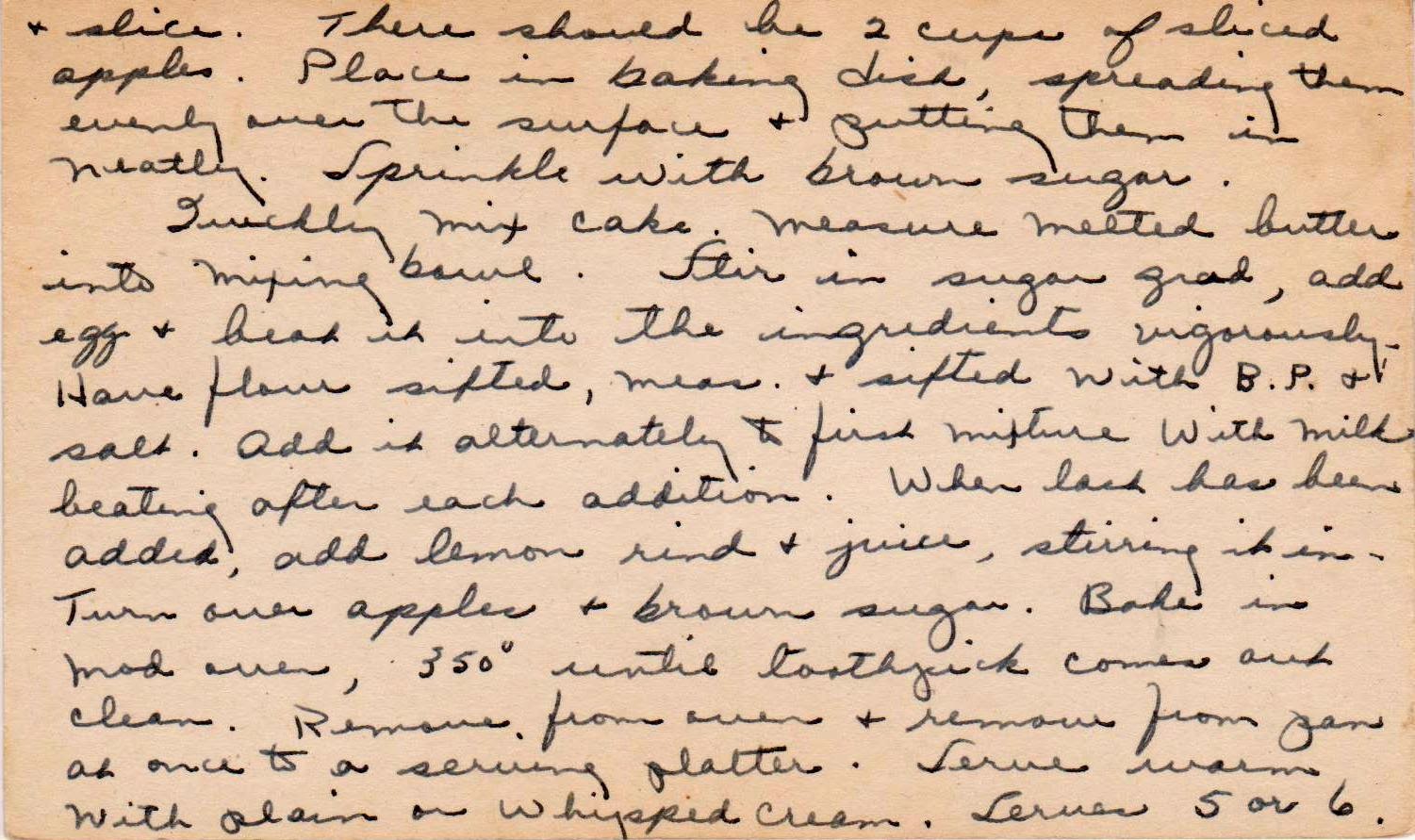