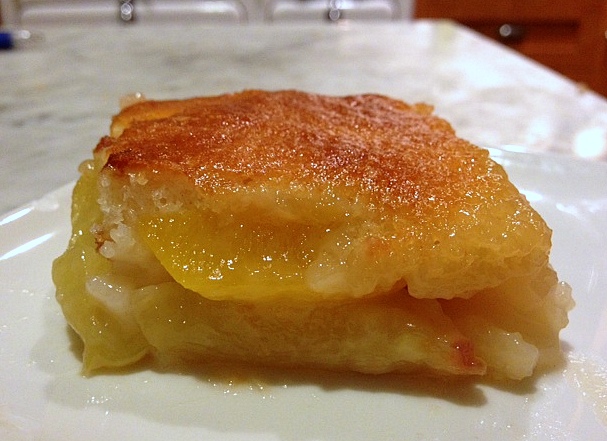 I wanted fresh peaches, and instead of doing something normal like going to the farmer's market, the DH and I took a two-hour drive on Saturday to pick some at a peach farm upstate.  My goal wasn't to eat them out of hand, though I did that too, but to try a couple of peach cobbler recipes in my collection.

While this is not the peach cobbler of my dreams, it's pretty good (and looks better in real than in the photo).  It is not the traditional peach cobbler, made with biscuit dough (like the one I made here), but rather has a soft cake-like topping.

The time suck of most peach recipes is peeling the fruit.  This is *supposed* to be easily accomplished by placing the peaches in boiling water for a few minutes and then slipping their jackets off.  This technique only worked for some of them; most were peeled the old-fashioned way, using a paring knife, tedious work indeed. 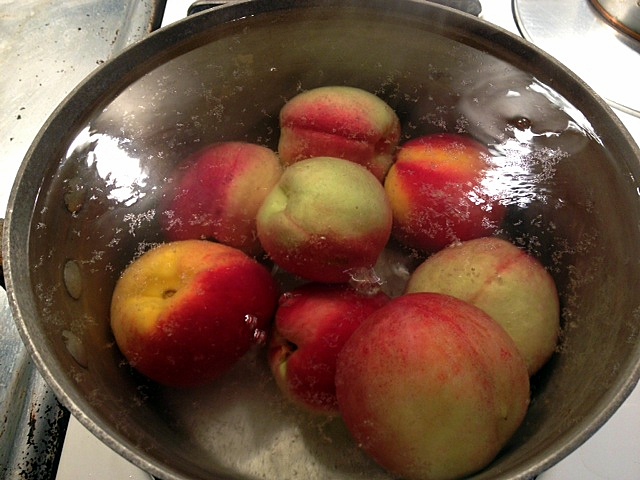 Mix up the batter and pour half into the pan, in which you've already melted  "one cube" of butter by placing the pan in the preheated oven. 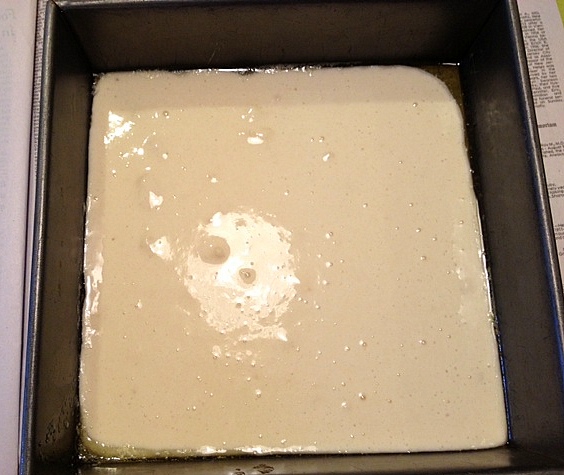 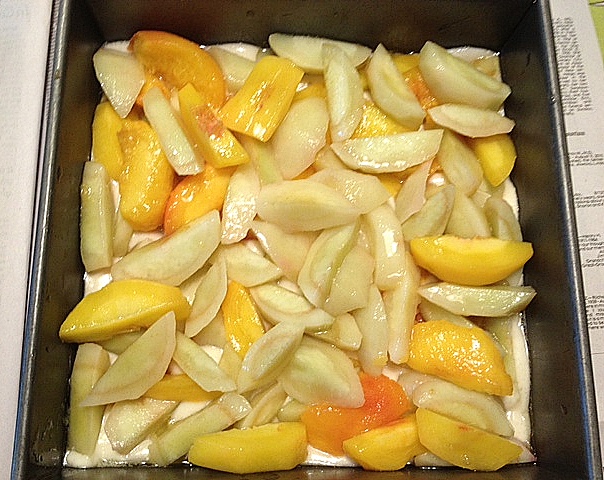 Spoon the remaining batter on top. 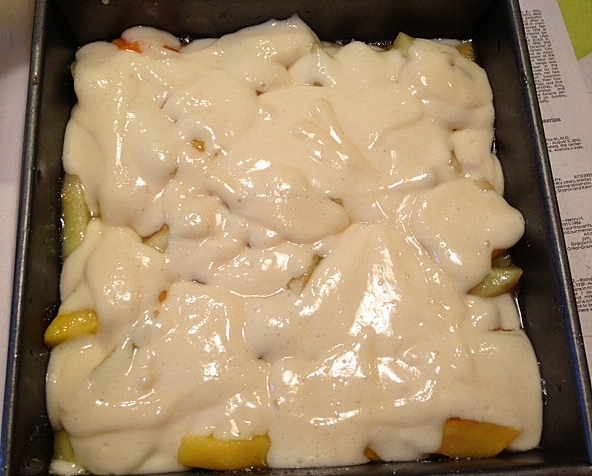 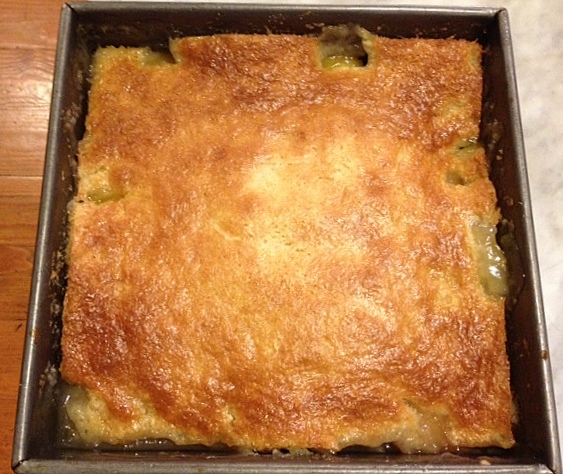 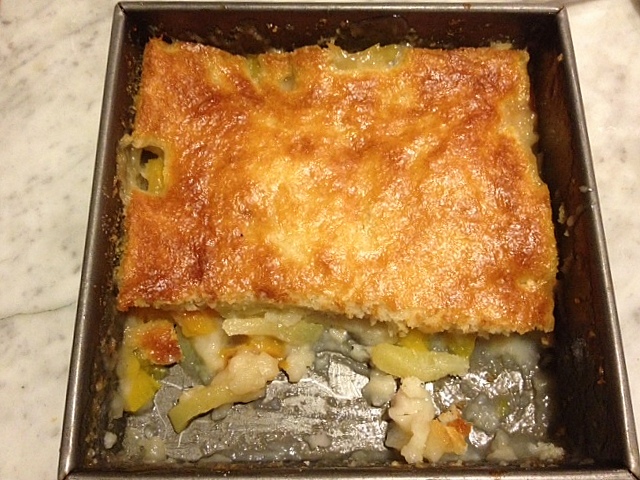 Some production notes:  I used about one tablespoon of butter and an 8-inch square pan. And even though the recipe reads as if there will be three layers -- cake, fruit and cake -- the batter rises to the top, leaving the fruit on the bottom. Not a bad thing at all, just a bit unexpected. 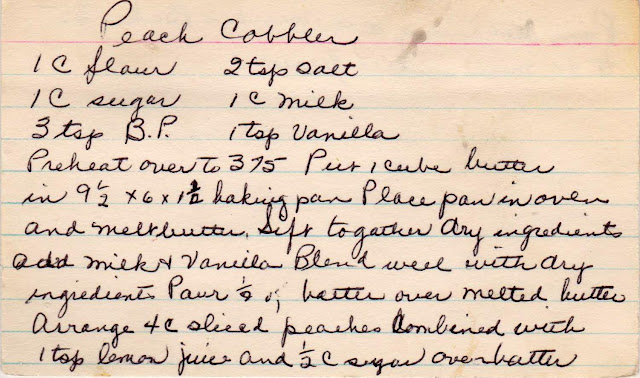 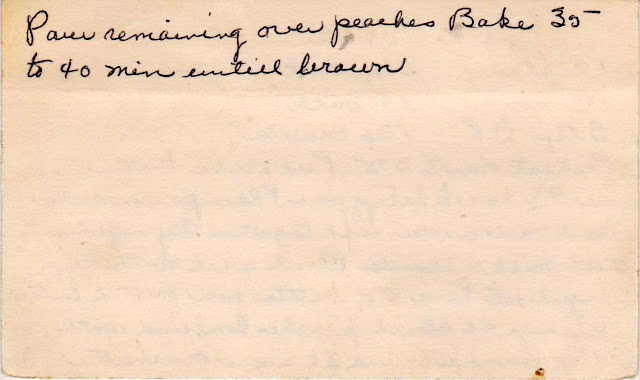 In addition to picking regular peaches, we also picked donut peaches which were delicious and seem to grow right on the branches.  But I used only regular peaches in the recipes. 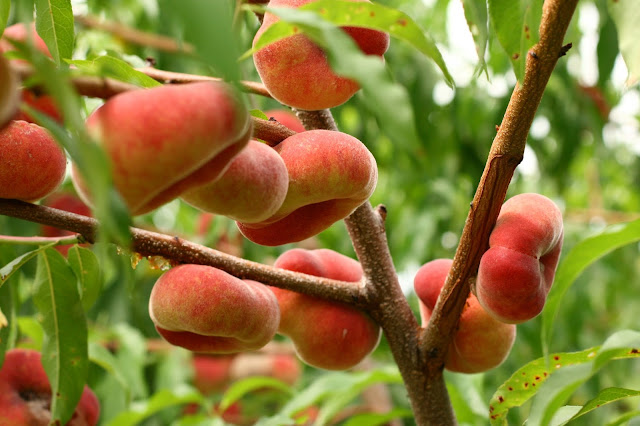