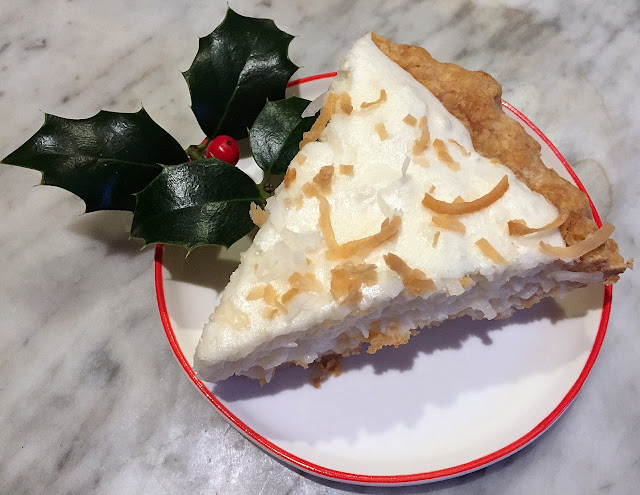 What becomes of excellent old recipes? At the launch for Eight Flavors, Sarah Lohman's hot new book about American food history, the lovely New York Times writer Melissa Clark said that, while bad recipes disappear, the good ones survive through generations. But, it turns out, sadly, some of the good ones die young.That seems to be the case with White Christmas Pie, a light-as-air delicious confection reminiscent of coconut cream pie, but lighter in texture.

Perhaps White Christmas Pie didn't catch on because it's not the easiest of recipes. But ease of preparation isn't the only survival criteria (I'm thinking of  Buche de Noel here). A little internet sleuthing revealed that the pie was developed by Dixie Willson of Iowa and published in the 1952 Betty Crocker Cook Book.  The mid-century typewritten recipe card in my collection is nearly identical to the one I found online.

Dear readers, trust me. This one is worth the effort to make, and is the perfect dessert to follow a big Christmas meal. Or any meal, for that matter.  Let's get started. 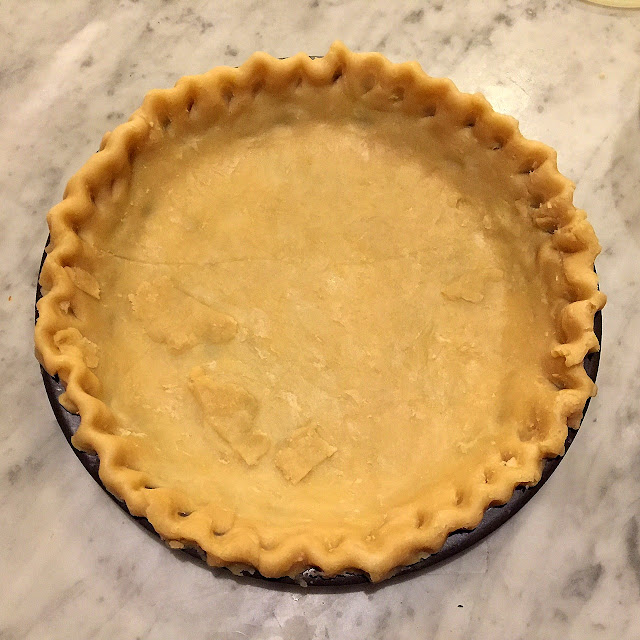 Next, line the unbaked crust with parchment or foil and fill with beans, or similar, You'll want to bake it for about ten minutes like this, then remove the weights, pierce with a fork, and bake unlined for about another ten minutes.... 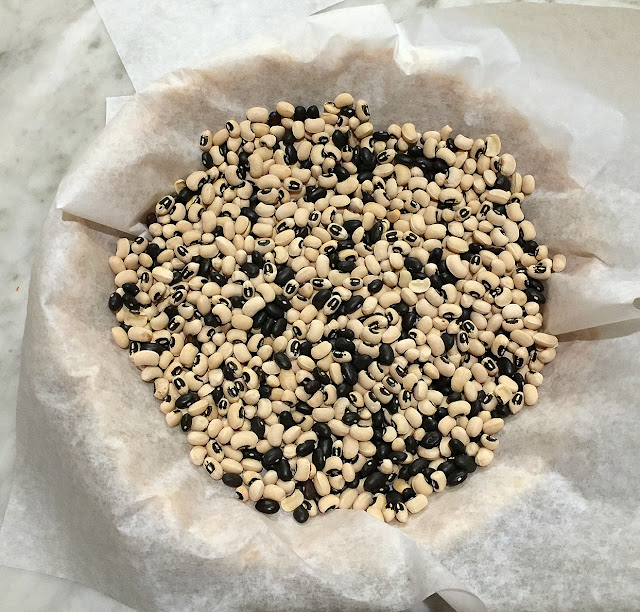 Until the crust is golden. Set aside to cool. 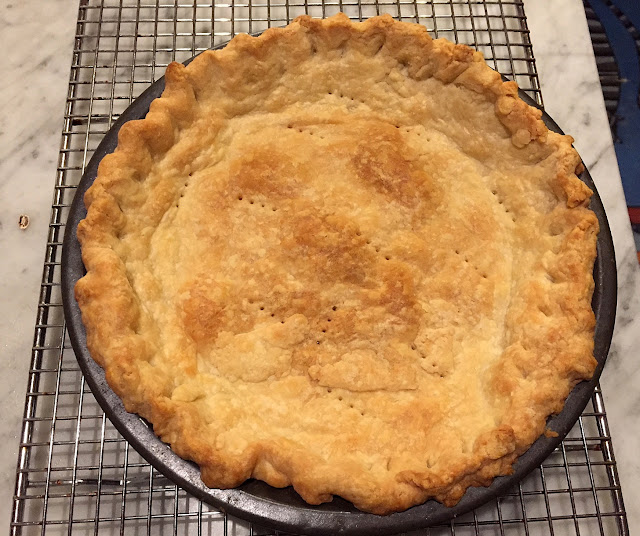 Soften the unflavored gelatin in some water. 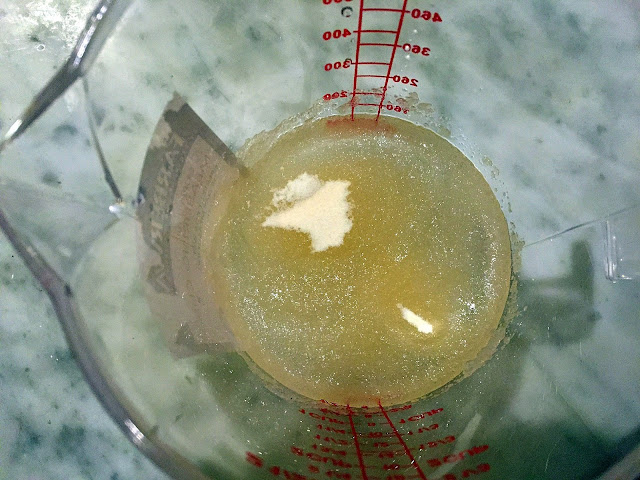 Add it to a mixture of milk, sugar, flour and salt that you've cooked and let cool slightly.  Beat until smooth. 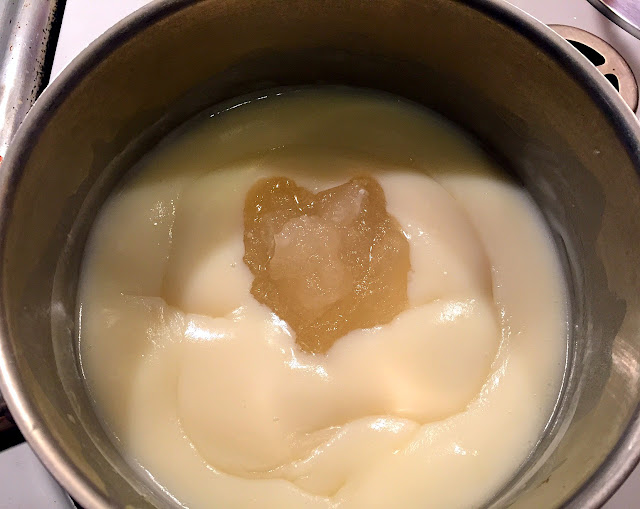 You can see that I burned the milk-sugar mixture while cooking and, this being white pie, I poured the "virgin" mixture into another bowl to continue the recipe.

Fold in the whipped cream. 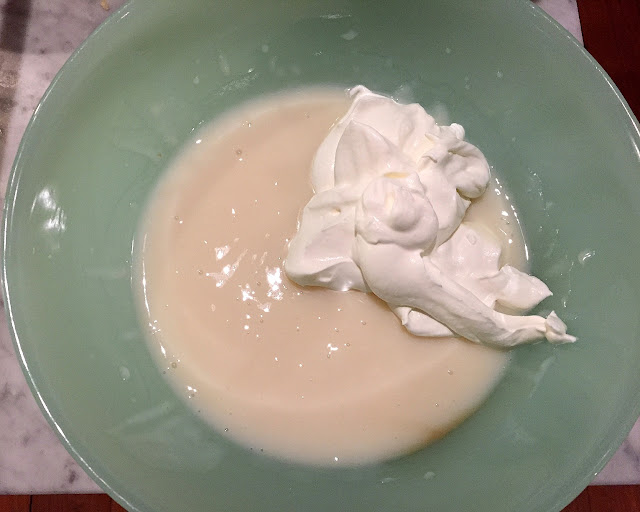 Fold in the meringue. 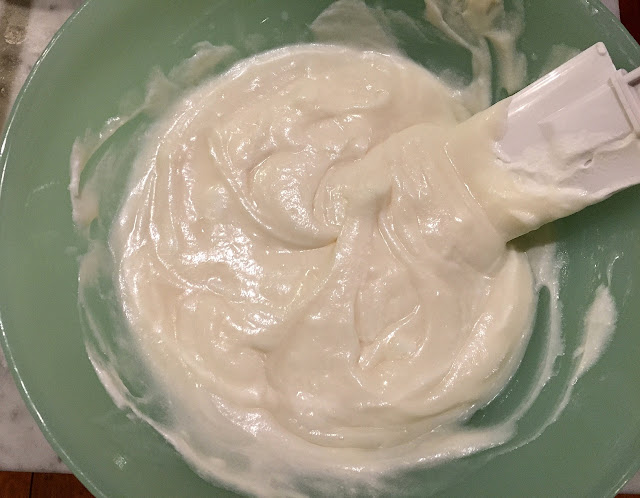 Fold in the coconut.

Pour the mixture into the pie shell and refrigerate for several hours. I topped my pie with some toasted coconut for color. 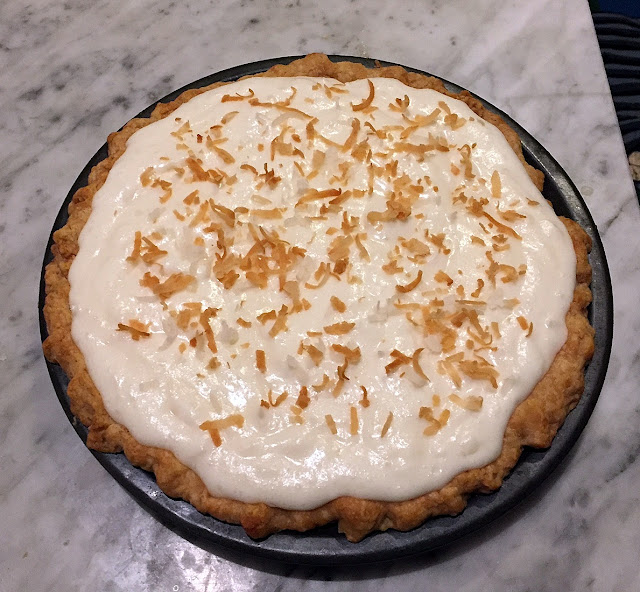 The pie went like hotcakes at work; everyone loved it, and asked for seconds. 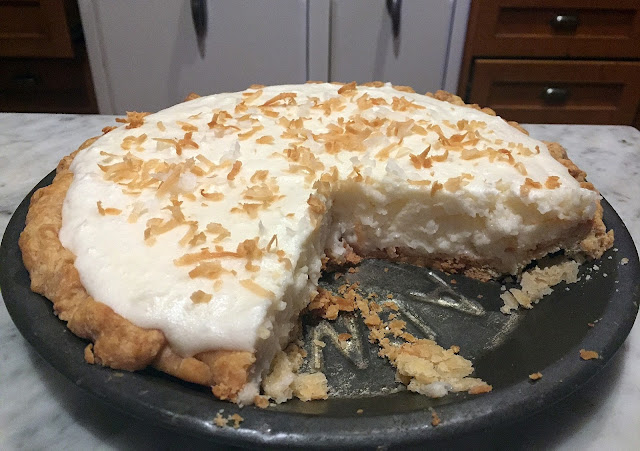 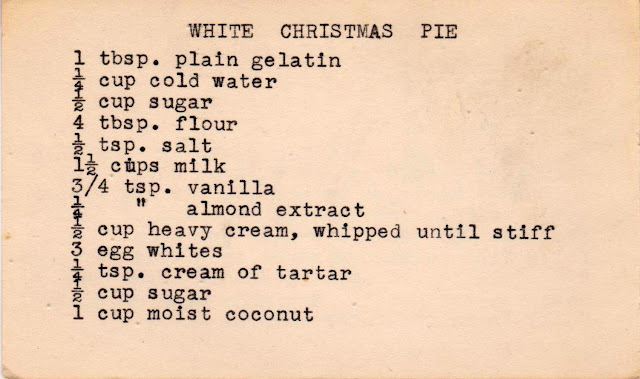 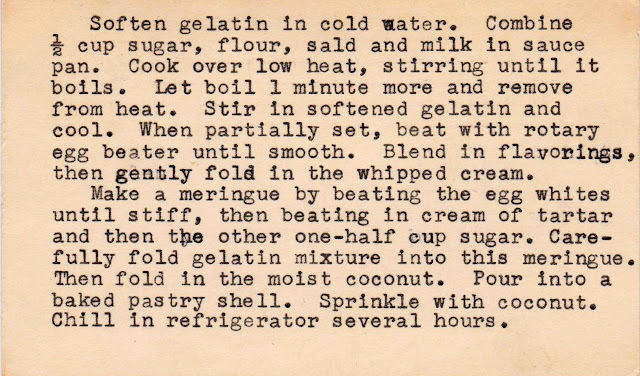 Add the gelatin mixture. When partially set, and cooler, beat until smooth.