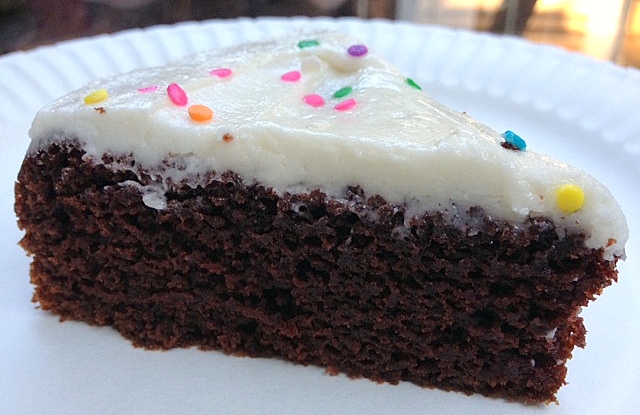 This is truly the easiest chocolate cake ever, and surprisingly delicious. It's fun and different to make -- you've heard of a one-bowl cake -- well, this is a one-saucepan cake.  Yes, it's all mixed on the stove top.

In an essay entitled "The Low-Tech Person's Batterie de Cuisine" in Home Cooking by the late great Laurie Colwin, she writes that fancy (or a lot of) equipment isn't needed to turn out wonderful home-cooked meals. (Who needs a food processor when you have a knife?) This cake recipe, probably from the 1940s, is proof of that.  It requires just a saucepan, a fork (to beat the egg), a spoon to stir the batter, a measuring cup and a baking tin.

Start by cooking the milk, chocolate and butter.  Add  the sugar and cool.  Then add the egg and dry ingredients.  Stir and pour into an 8- or 9-inch cake pan.  (Or you could divide the batter to make a layer cake.) 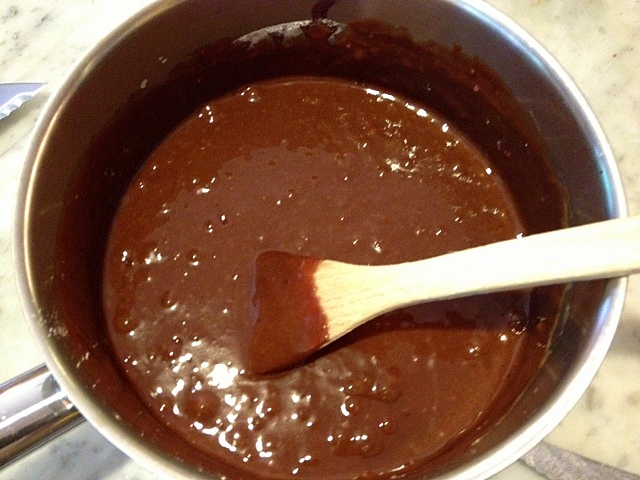 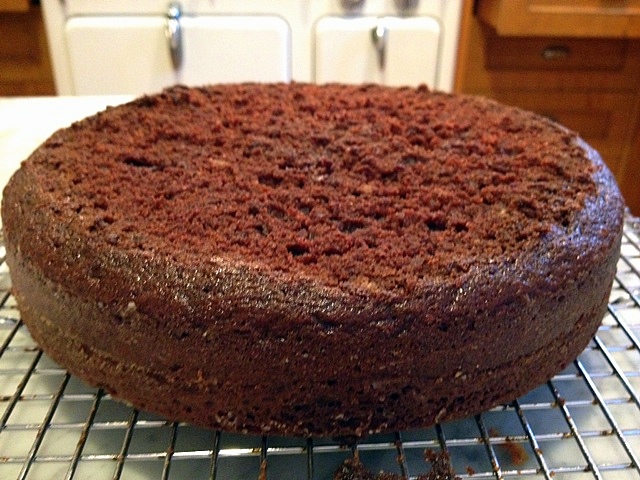 I was rushing when I made this cake because I was bringing it to a friend's house just an hour after I began the preparation.  I whipped up some vanilla frosting quickly and, because the cake was still warm when I had to frost it, left the sides unfrosted so that the heat would have an escape route. I added some sprinkles so no one would notice. 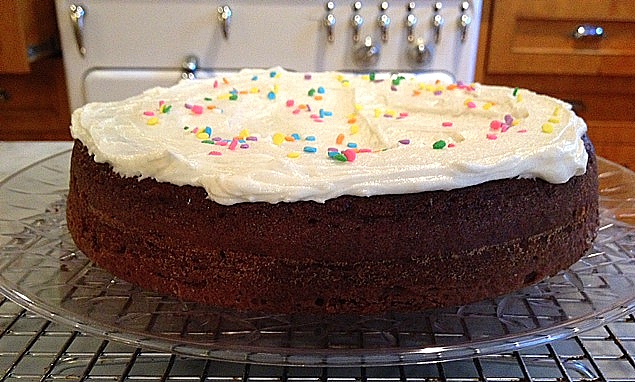 I followed the recipe exactly, baking it in an 8-inch pan.  (Not sure what a utility pan is.)  I used unsalted butter and Scharffen Berger unsweetened chocolate.  Because I didn't have any whole milk on hand, a combination of skim milk and half and half was a nice substitute. 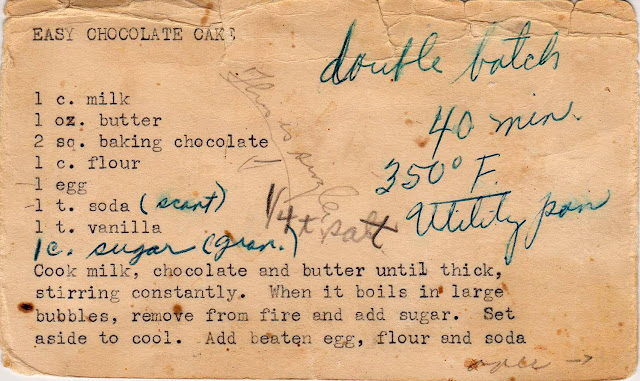 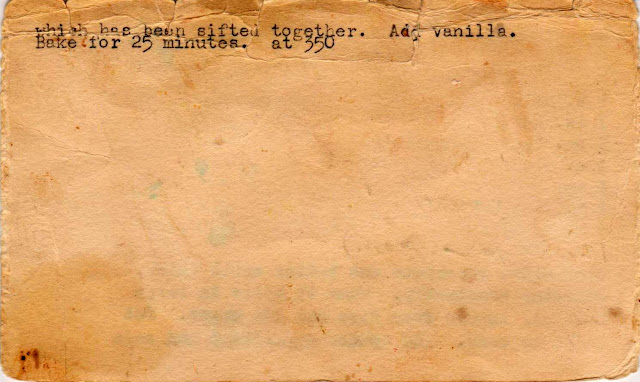