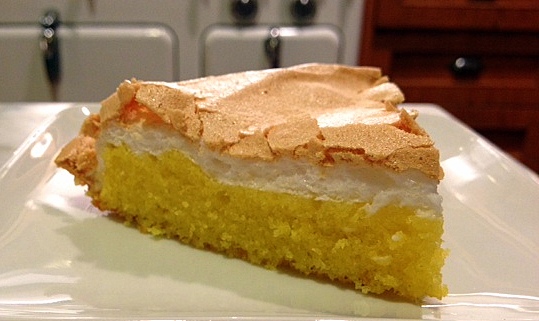 One of the main reasons I blog is that it's a wonderful excuse to bake the interesting and unusual recipes I encounter. And this Missouri Dessert is among the most unusual.  Plus the recipe card has two notes at the top: "Mother" and "very good" which to me is like screaming "bake me now!"

I've only been to Missouri once, back in the days when I was a newspaper reporter at a daily in Indiana and a bunch of us from the paper drove to a journalism conference in St. Louis (after making the essential liquor store stop to stock up for the journey).  I don't recall much of the city except the arch, and our dinner that first night at windowed restaurant atop a tall building that rotated 360 degrees several times during our meal. "I feel like I've been spinning all day," said fellow reporter Lynn Hailey. Still recovering from the car ride (did we really finish a bottle of schnapps along the way?), we all agreed.

Now on to today's dessert.  St. Louis has a famous dessert, Gooey Butter Cake, but I'd never heard of Missouri Dessert. It's quite unusual -- a basic yellow cake, almost reminiscent of cornbread, topped with meringue.  Typical of early 20th century desserts, it's not overly sweet.

It's easy to make (and even easier to eat).  At the beginning, it appears that the cake batter has curdled.  But, if you continue, all will smooth out. 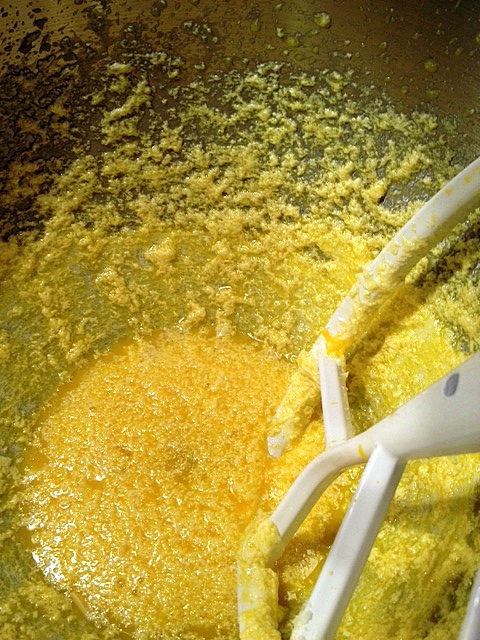 Pour the batter into a pie plate. 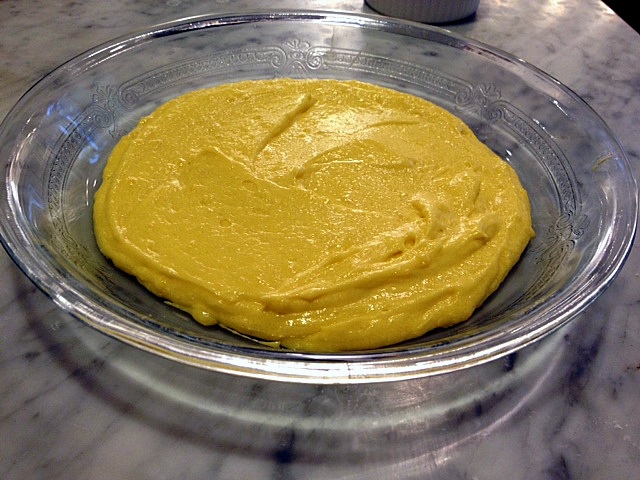 Cover the base layer with the whipped egg whites . . . 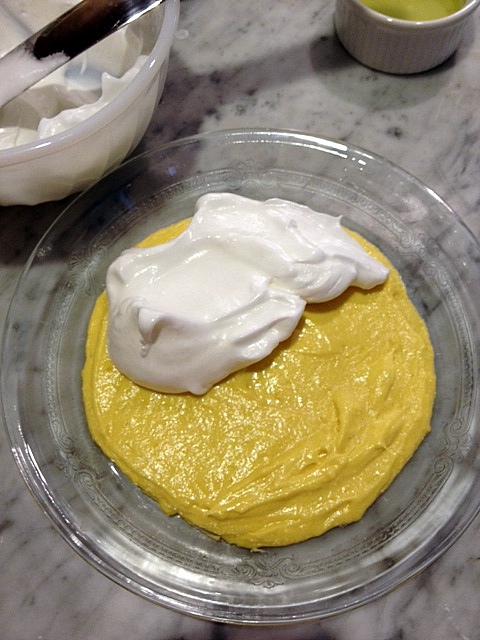 and carefully spread it so it reaches the edge of the pie plate, completely covering the base. 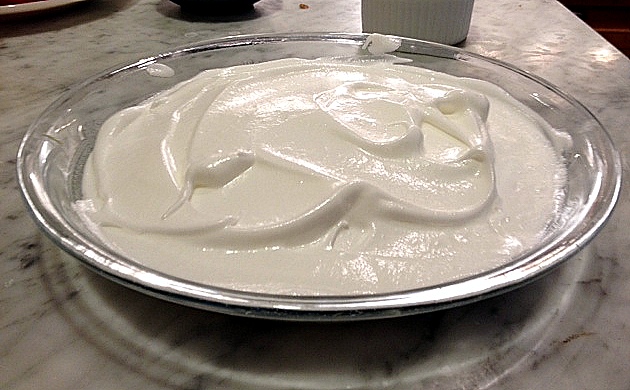 Bake until the meringue is a lovely golden color. 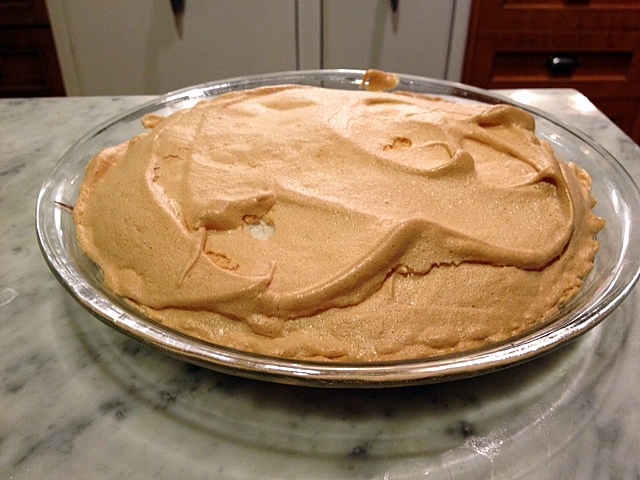 Missouri dessert has three layers -- the crunchy top, the smooth meringue beneath and the cake layer below.   (It would have had a four texture, if I'd only remembered to sprinkle chopped nuts on top.) Quite a result using only butter, sugar, flour eggs, milk, baking powder and salt. 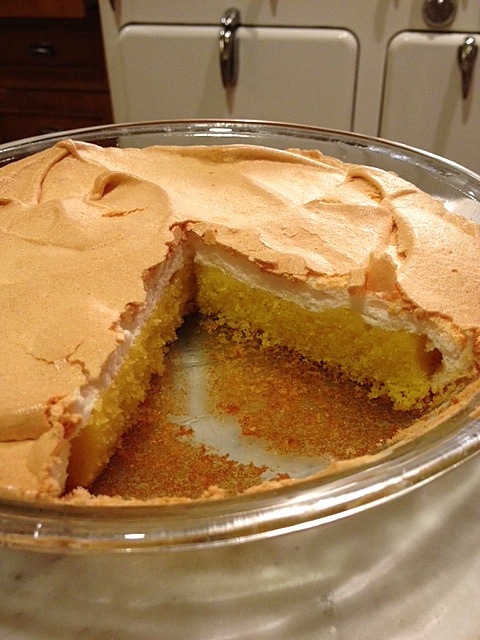 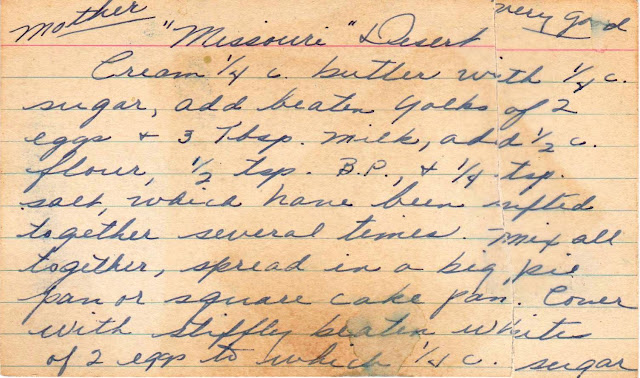 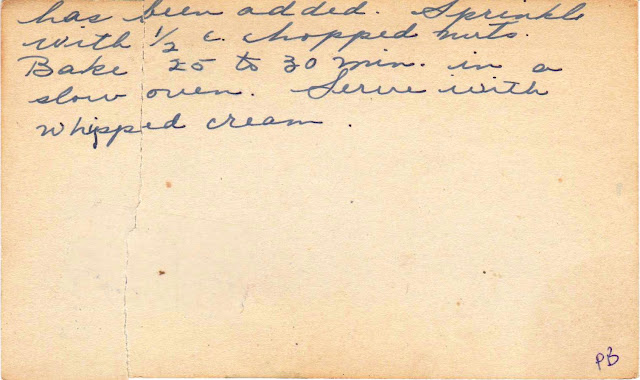 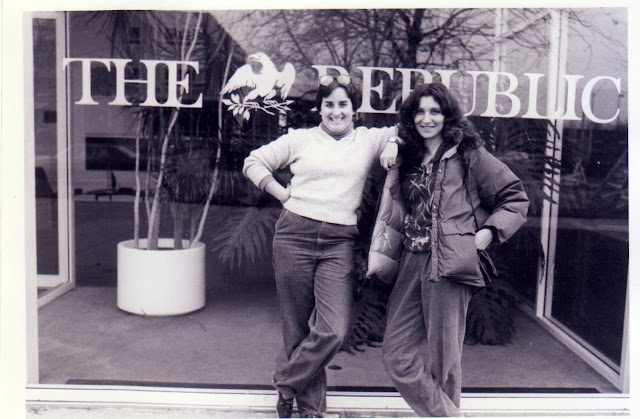 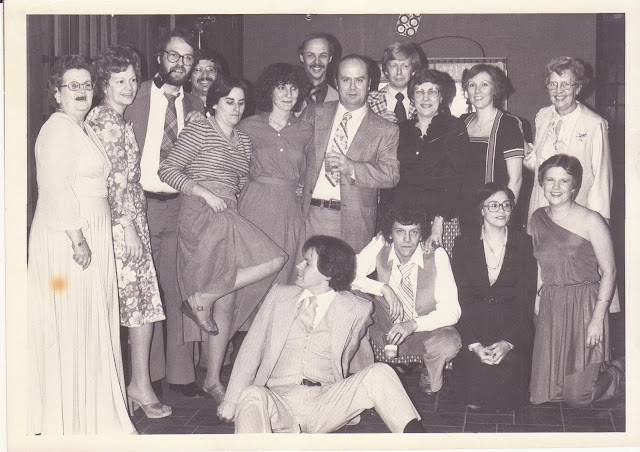