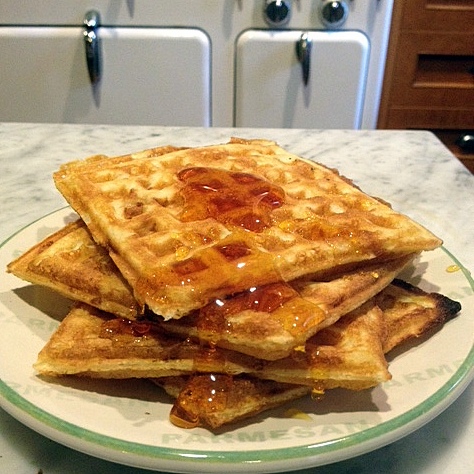 If you're lucky enough, as we are, to live in New York City and have full power and a day off work (because even if your place of employ is open, there may be no way to get there), you might want to treat your family and friends to a batch of these delicious and moist apple waffles.

(However, if you're like my daughter and her boyfriend, stranded without power on the 14th floor of your downtown Manhattan apartment because you didn't heed the mandatory evacuation order, then I won't say, I told you so.  But you could be enjoying these waffles and have a fully charged cell phone.)

These waffles are pretty quick and easy to make -- you can be enjoying them just 20 minutes after you begin chopping the apples.  But be forewarned (with special thanks to Arthur Schwartz): These strangely do not have an apple flavor. And they do require syrup, which I consider requisite for all waffles, but apparently Arthur does not. 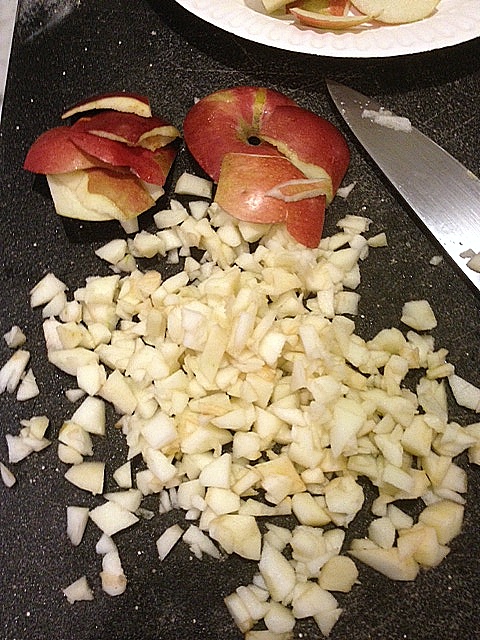 Whip the egg whites first, and then you can use the same beaters to combine the remaining ingredients.  Egg whites will not expand if "contaminated" by fat from the yolks. 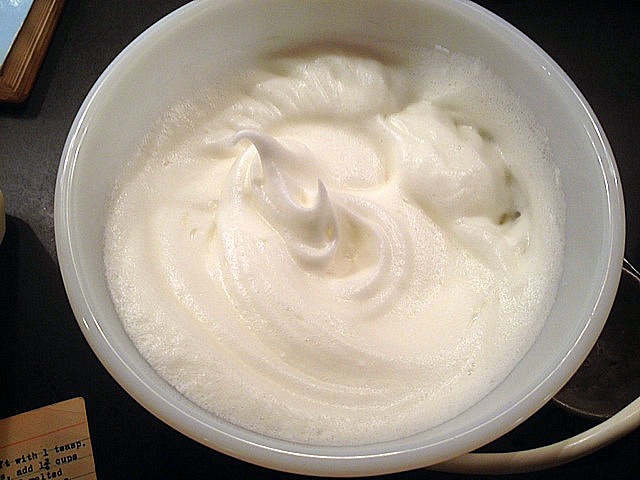 Add the dry ingredients to the egg, butter, milk and apple mixture. Mix just until combined. 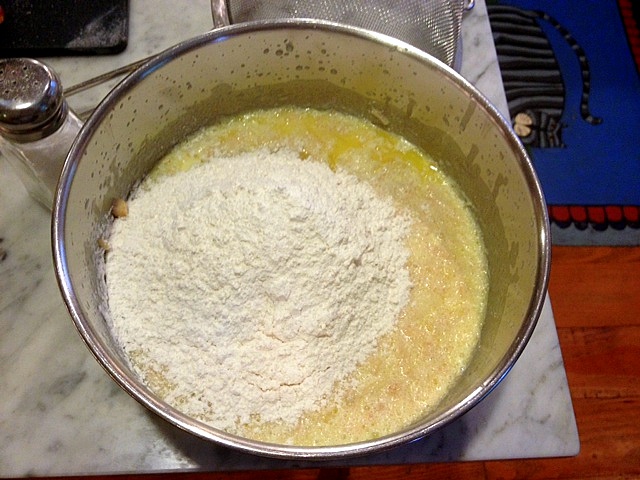 Fold in the egg whites.  One trick to avoid overbeating (and having dry egg whites) is to add a bit of cream of tarter to the egg whites when you begin whipping them. 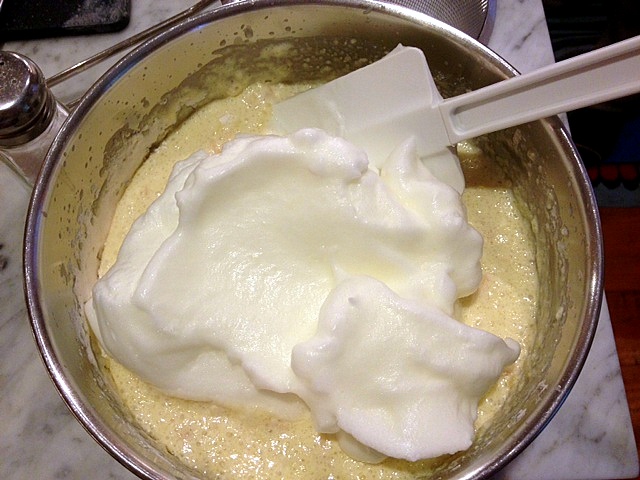 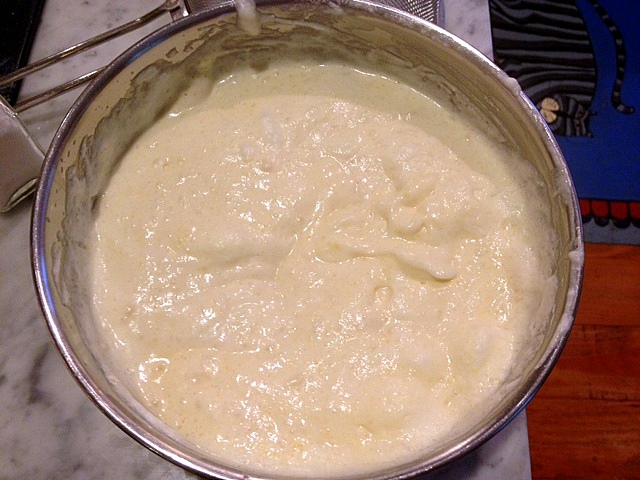 Be sure to grease and heat the waffle pan before beginning. 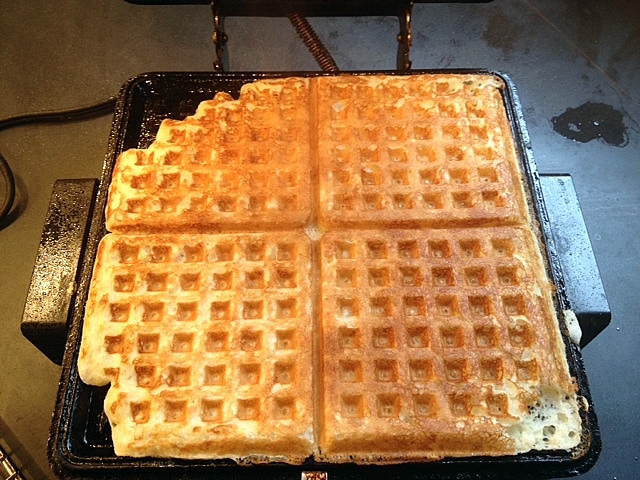 This recipe is from a collection of a woman who had hundreds of recipes, so many that I can't imagine she had any time to do anything but cook and bake. 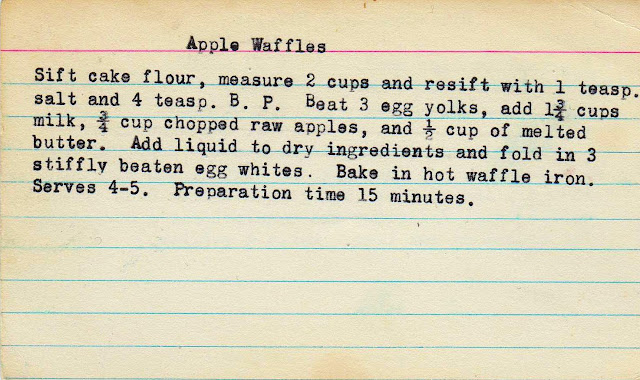 Update on my daughter:  She and her boyfriend planned to walk across the Brooklyn Bridge this morning, in search of power and a working toilet.  But then, she learned that a neighboring building -- where she has keys to a vacationing friend's gorgeous apartment -- had full power.  So they're there now, showered and happy. Update as of October 31:  Had to vacate friend's apartment and the promised return of power to their own building never materialized; instead there was a basement fire last and now power will not be restored for a least a week. They are here now, a full house indeed.